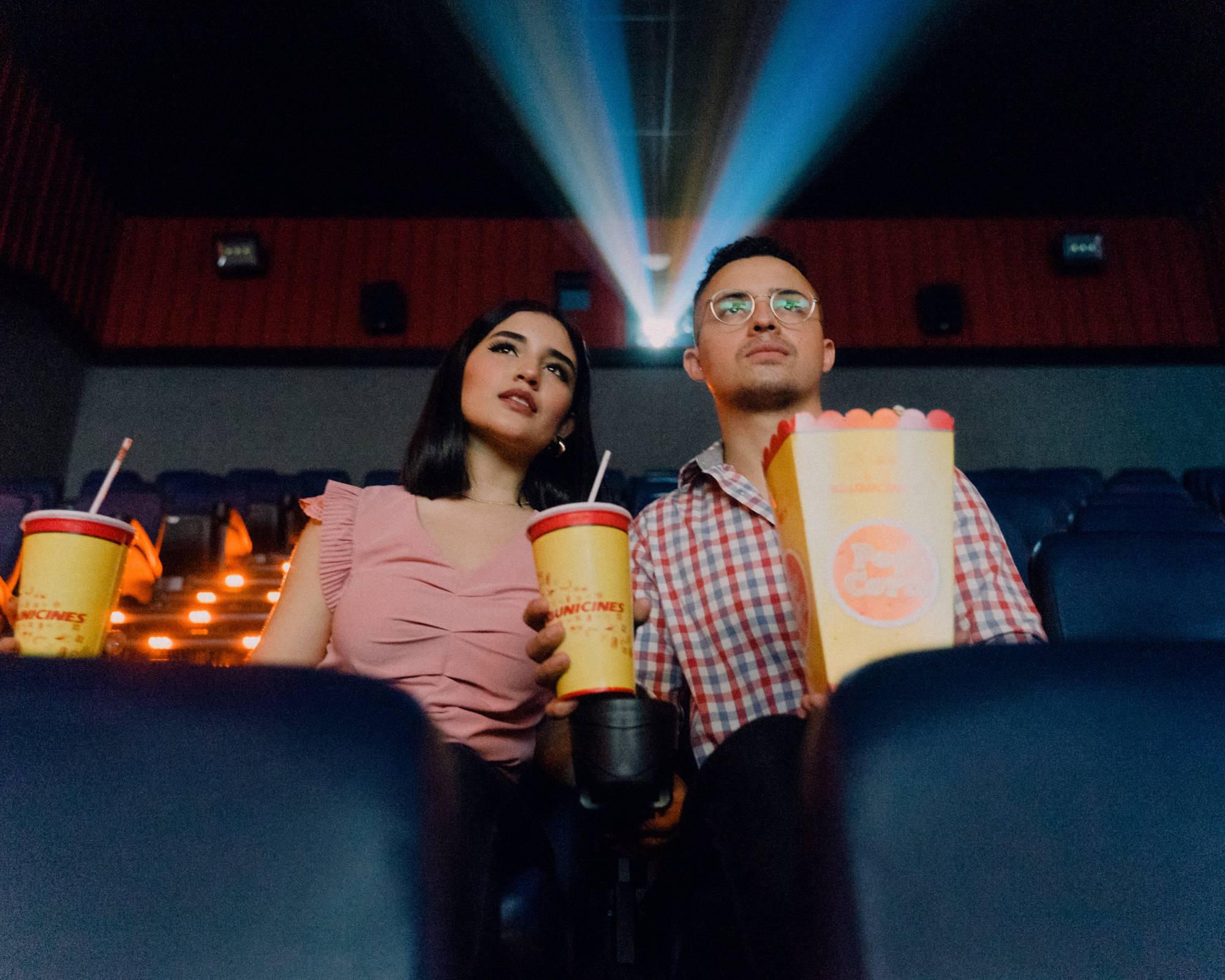 Well, that's one way to get people watching the Oscars again.

The cultural importance of the Academy Awards had waned considerably in recent years, but then Will Smith went and slapped it right back into relevancy! Unfortunately. The most shocking moment in the history of the show (and one of the most confounding and uncomfortably hilarious moments to ever air live on television) overshadowed a handful of deserving winners and interesting stories. The technical dominance of "Dune," Jane Campion's moment and the late "CODA" surge to victory should have been the story of this year's Oscars. Ironically, it should have been Will Smith's comeback and coronation too. But instead, he went full "rushing or dragging" on Chris Rock, and people were suddenly interested in the Academy Awards again.

But for those of us who have always been interested - or at least have been for the last five, ten and twenty years - it's time again for the Retroactive Academy Awards!

As we’ve done thrice before (in 2019, 2020 and 2021), let’s revisit Best Picture, Best Director, Best Actor and Best Actress from previous years to determine whether the winners deserve to retain their award or if a new champion shall be crowned. These are not meant to replace the original winners, but to reevaluate the past through our present lens.

Annual disclaimer: this is not my original idea. I stole it from Bill Simmons and have been annoying my friends with the concept for years. Also, these awards are incredibly subjective. This is simply my (moderately informed, cis white male) opinion. Let’s argue about how some films get better with age while others fade into obscurity. But none of this actually matters in the grand, occasionally frightening, scheme of things.

Until the slap heard 'round the world, this was the undisputed wildest night in Oscars history. Warren Beatty and Faye Dunaway presented Best Picture, the final award of the night, and announced that "La La Land" had won. The audience clapped, the music played, the cast and producers flooded the stage, but then… “No, there’s a mistake. Moonlight, you guys won Best Picture. This not a joke.” It was an all-time crazy, cringey moment. And it was absolutely the right call.

To paraphrase yet another jaw-dropping awards show moment: "La La Land," I’ma let you finish. But "Moonlight" is one of the greatest movies of all time, y’all. These two films will forever be linked due to the snafu, but the former is a solid musical while the latter is an achingly beautiful masterpiece. It deserved to be recognized as such. Naturally, it retains its Best Picture title here.

"Arrival" and "Hell or High Water" were delightfully unconventional Best Picture nominees, and "Fences" and "Manchester by the Sea" were exceptional versions of what the Academy more commonly recognizes. But the un-nominated "Hunt for the Wilderpeople," "The Nice Guys" and "Paterson" deserve a look as well. In fact, the latter's Jim Jarmusch is a strong contender for Best Director. "Paterson" is a film about a poet that manages to actually feel like poetry in film form. Wunderkind Damien Chazelle ("La La Land") captured the classic magic of old-school Hollywood musicals and captured the actual award in the process. But given the brilliant pacing, performances and perspective of "Moonlight," the retroactive Academy Award has to go to Barry Jenkins.

Ryan Gosling scored a Best Actor nomination for "La La Land," but I actually prefer his sly, goofy performance in "The Nice Guys" from the same year. Speaking of goofy, Andy Samberg deserves a serious look for his Connor4Real, the Bieber-esque, eponymous popstar in "Popstar: Never Stop Never Stopping." If we’re going to praise dramatic actors for their “commitment,” must we not do the same for comedic actors, too? Denzel Washington ("Fences") and Jams McAvoy ("Split") both warrant consideration too. But the retroactive Best Actor is the same as the actual winner: Casey Affleck for "Manchester by the Sea." Boring choice or not, he’s undeniably great in this wrenching film.

Best Actress is much less conventional. Emma Stone actually won for "La La Land" and it’s hard to gripe about it. She’s one of the best actors of her generation and showed her singing and dancing chops as well. It’s always nice when the Academy nominates a performance like Isabelle Hubert’s icy, vengeful "Elle." But the Retroactive Best Actress for 2017 is Annette Benning in "20th Century Woman." That movie doesn’t work without her prickly matriarchal strength at its center. Plus, she’s basically a national treasure.

Few of the Best Picture nominees from this year have an enduring reputation a decade later, especially the winner "The Artist." Has anybody even watched that movie since 2012? (I actually quite liked it when I saw it in the theater, but I haven’t revisited it.)

There were quality films that year, though. Among a bevy of un-nominated gems are "Warrior," "Take Shelter," "Shame," "Drive" and "Young Adult." All of them could credibly be included among the Best Picture field. And "The Descendants," "The Help" and "Midnight in Paris" were all deservedly nominated for the top prize. But the best nominated films from that year were "The Tree of Life," a gorgeous and confounding work of art, and "Moneyball," one of the best sports films of all time. Brad Pitt was terrific in both. Neither wins the Retroactive Oscar. That honor goes to "Bridesmaids." If ever there was a pure comedy to reward with Best Picture, this is it. "Bridesmaids" is revolutionary, insightful, touching and, most importantly, genuinely hilarious. It was in 2012, and still is today.

Michael Hazanavicius won the actual award for directing "The Artist," which is not the travesty some claim. Alexander Payne ("The Descendants") is among the handful of most deserving non-winners working today. Almost half of "Warrior" is devoted to MMA matches, and Gavin O’Connor stages and shoots them brilliantly. The controversial Lars von Trier brings awesome beauty and pathos to the apocalypse in "Melancholia." But they all lose to the grandmaster of sweeping vistas, the legendary art-film maestro Terence Malick. "The Tree of Life" might be his best film, and he richly deserves the Retroactive Best Director.

The Best Actress race of 2012 was, frankly, forgettable. Meryl Streep is pretty much always nominated and pretty much always deserves it. Her win for "The Iron Lady" is typical Oscars, though: rewarding actors for playing real people in fairly forgettable films. Same goes for Michelle Williams as Marilyn Monroe in "My Week With Marilyn," albeit in a more memorable movie. Rooney Mara’s turn in "The Girl With the Dragon Tattoo" was rightly nominated. Kirsten Dunst ("Melancholia") should have been nominated too. Quibble if you’d like over the definition of “best,” but my favorite performance of the year belonged to Charlize Theron’s malevolent narcissist in "Young Adult." She already won an Oscar for playing a monstrous person in the aptly-titled "Monster" in 2004, and does it again here, to funny and infuriating effect. She takes home 2012's Retroactive Best Actress.

Actual Best Actor winner Jean Dujardin ("The Artist") dances and rubber faces his way to silent film stardom. George Clooney wryly undercuts his own natural charisma by playing a hangdog dorky dad in "The Descendants." Michael Shannon does a lot, but does it so authentically that you can’t take your eyes off him in "Take Shelter." As mentioned above though, Brad Pitt had a heck of 2012. He’s stern and captivating in "The Tree of Life," but his performance as Billy Beane in "Moneyball" might be the quintessential Brad Pitt performance, shouldering the emotional and entertainment burden of the movie with typically offbeat charm and grace – and plenty of eating. He is the Retroactive Best Actor for 2012.

I don’t know if 2002’s Best Picture winner "A Beautiful Mind" has many devotees, but it’s certainly not a bad movie. I confess that I haven’t even seen two of this year's nominees, "Gosford Park" and "In the Bedroom," but I’ll bet they’re fine films too. "Moulin Rouge!" deserved its nomination and still does, maintaining a solid reputation twenty years later. The first "Lord of the Rings" movie was nominated as well, but the Academy waited for the third installment to shower all the Oscars upon.

Which brings us to the two-film race for Retroactive Best Picture: "Ocean’s Eleven" and "The Royal Tenenbaums." Both are stuffed with very famous people. Both are entertaining as hell. And both have only gotten better with time. But while "Ocean’s Eleven" is the peak of Hollywood cool, "The Royal Tenenbaums" is a funny and genuinely affecting showstopper by a certified master. It is the Retroactive Best Picture for 2002.

It’s tempting to give "Tenenbaums" a sweep, in fact. Wes Anderson could justifiably win Best Director over the real winner Ron Howard ("A Beautiful Mind") and nominees Ridley Scott ("Black Hawk Down") and Peter Jackson ("The Fellowship of the Ring"). But in the interest of variety, the Retroactive Best Director goes to 2002 nominee David Lynch for "Mulholland Drive." Lynch is a confounding icon of American cinema, and this might be the best movie in his legendary oeuvre. Let’s celebrate the weirdos!

The "Tenenbaums" sweep could continue in Best Actor, too. Gene Hackman’s Royal is, pardon the pun, perhaps the king of his many brilliant performances. The fact that he wasn’t even nominated shows just how much opinions can shift over time.

Twenty years before finally winning for playing the father of famous athletes, Will Smith nearly won for playing one of the most famous athletes ever in "Ali." His right hook remains as convincing today as it was then. Sean Penn’s nomination for "I Am Sam" is kind of embarrassing in retrospect, but Russell Crowe’s nomination ("A Beautiful Mind") still holds up. The Oscars got it right this year though. Denzel Washington’s 2002 win is largely seen as a make-up call by the Academy after snubbing so many of his deserving performances. Simply put, he was due. The fact that it finally happened when the inimitable black actor played a villain is troubling. But Denzel is legitimately jaw-dropping in "Training Day," captivating and ferocious and well deserving of the Oscar.

The relative let down of Halle Berry’s career since winning Best Actress obscures just how great she was in "Monster’s Ball." She deserved the win. But so did Nicole Kidman’s whirlwind performance in "Moulin Rouge!" and Renée Zellweger’s low-key hilarious Bridget Jones. I would love to shatter the rules completely here and split the Retroactive Oscar in half and, fittingly, reward it to both Naomi Watts and Laura Harring for "Mulholland Drive." But instead, the award is traveling to France, to Audrey Tautou as the titular Amelie. "Amelie," a beautiful beating heart of a movie, has grown more and more enthusiastically beloved every year since its release. Tautou’s eyes are the windows to the film’s soul – and she is the Retroactive Best Actress for 2002.