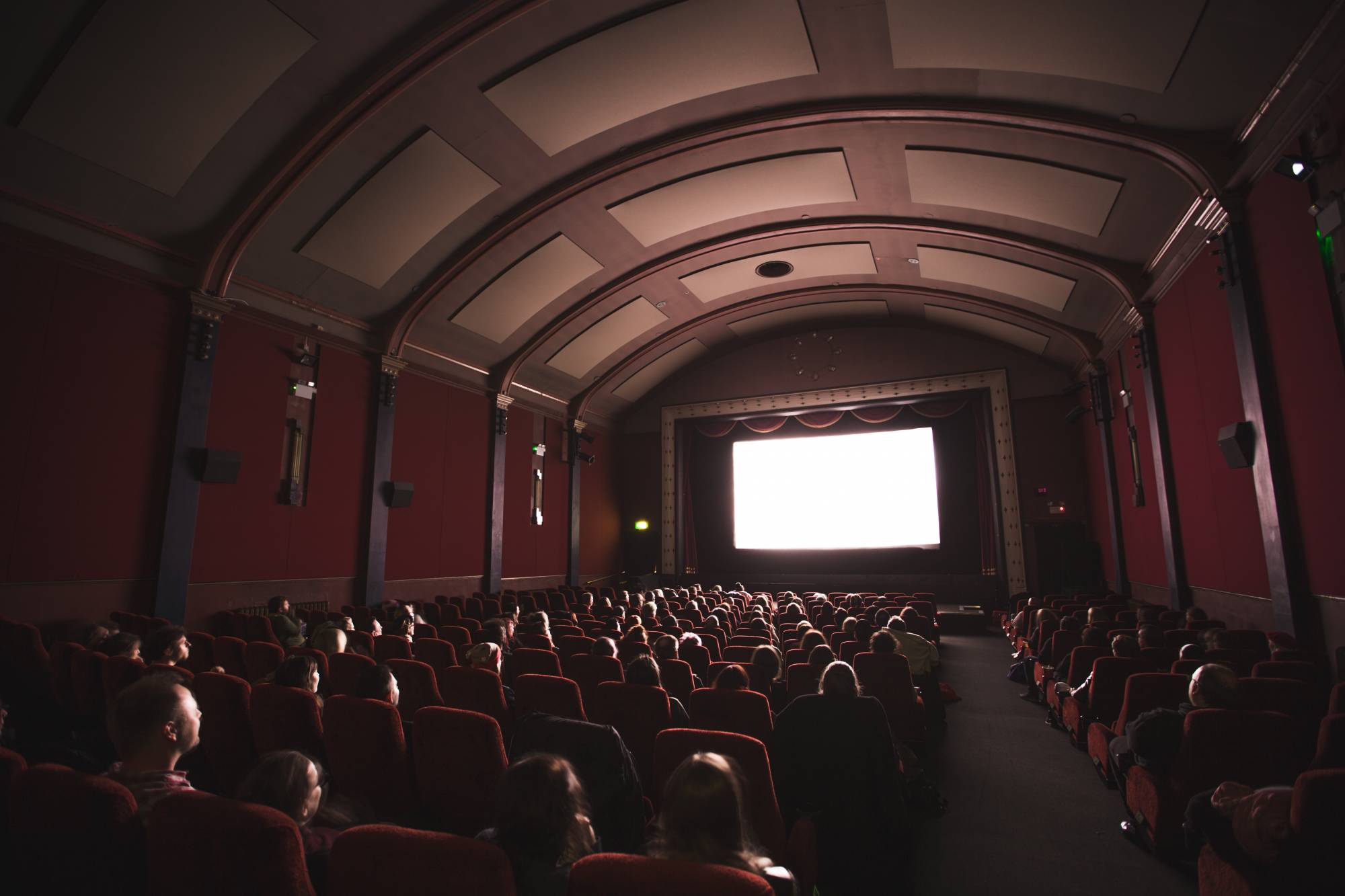 Sometimes, the Academy gets it right.

The triumph of Bong Joon-Ho’s masterpiece, Parasite, at the 92nd Academy Awards was thrilling, gratifying, and – frankly – surprising. The joke about the Oscars is that rarely does the year's best picture win Best Picture. This is why I wrote a blog last year, The Retroactive Academy Awards, to sort of re-examine previous winners and see if they still cut the mustard.

So, in true Hollywood fashion, we’re doing a sequel! Even if nobody asked for it…

The concept is simple: In addition to the present year’s Oscars, the Academy should also go 5, 10, and 20 years in the past to reward retroactive awards to films and performances that might have grown in estimation during the intervening years since their release.

An easy example is for the 2026 Oscars to rectify 2006’s Brokeback Mountain snub and rip the Best Picture trophy away from Crash. Other examples of Oscar snubbery can be found in this great Anythink blog post. But this isn’t just to make up for the errors of the past, it’s also to reward those parts of cinema history that, for whatever reason, went wrongly unrecognized in their time.

Without further ado, let’s get on to the second annual Retroactive Oscars. (Same disclaimer as last time: This is not my original idea. Bill Simmons was the first proponent on this that I’m aware of.)

Birdman was a controversial Best Picture winner at the time and remains one now. Some criticize the “one-take” wonder as showy and overwrought but emotionally hollow. Others – like myself, a longtime theater geek – think it’s a masterpiece. Given the divisiveness, I’m fine giving Best Picture to another deserving film.

Three modern auteurs released under-appreciated films in 2015: David Fincher (Gone Girl), Paul Thomas Anderson (Inherent Vice), and Wes Anderson (Grand Budapest Hotel). The latter has the strongest case for the crown, being perhaps Wes Anderson’s best, but none of them quite unseat our current champion. Nor do Whiplash or Selma, two lower-budget gems, though both mark the arrivals of major talents and could justifiably be Best Picture.

The strongest argument is for Richard Linklater’s groundbreaking Boyhood. The decades-plus-long project isn’t just a fascinating approach to filmmaking; it’s a powerful portrait of growing up, beautifully marrying story and subject by being as literal a coming-of-age movie as has ever been made.

Oddly, it feels like only Gone Girl has had much of a cultural impact beyond 2015. Which is why the severely underutilized Rosamund Pike beats out Julianne Moore (Still Alice) for Best Actress, despite a strong push from Scarlett Johansson’s unnerving performance at the center of Under the Skin. The Academy too often rewards actors who impersonate famous people (cough, cough, Rami Malek), so even though his Stephen Hawking is quite good, Eddie Redmayne loses out to Michael Keaton in Birdman this time. But I’d also listen to – and maybe make – arguments for Jake Gyllenhal’s captivating creepiness in Nightcrawler. Alejandro G. Iñárritu’s Best Director win remains, as Birdman features both technical wizardry and fabulous performances.

Genre films are rarely recognized by the Academy, so it would be great for District 9 to get some love. Ditto animated films and Pixar’s Up. Confusingly, the similarly titled Up in the Air is also a contender, as is the melancholy, not-nominated Where the Wild Things Are. But the genre most egregiously overlooked by the Oscars is always comedy. I’m not joking when I insist that The Hangover, one of the most influential and successful comedies of all time and boasting a bevy of eventual Oscar prestige among its ranks, deserves consideration.

Ask any Coen brothers fan and they’ll tell you A Serious Man is low-key one of their very best movies. I, too, love it, but my heart is with Quentin Tarantino’s WWII epic Inglorious Basterds for the retroactive Best Picture win. It’s one of the very best films in the stellar career of one of our very best directors. The first 10 minutes alone might be the finest work he’s ever done.

He would be my choice for Best Director, too, if not for the incredibly deserving winner who also just so happens to be one of the only women the Academy seems to acknowledge even makes films, or that Hollywood allows to direct them. All that aside, though, Kathryn Bigelow’s work on The Hurt Locker – from the staging of action, the sustaining of tension, and the examination of character – truly deserves to retain the trophy.

In the acting categories, Sandra Bullock (The Blind Side) loses out to either Gabourey Sidibie (Precious) or – to go totally off the board – Katie Jarvis for Fish Tank. Jeff Bridges was good in Crazy Heart, but he, too, cedes victory this time around. There are many great performances, including Sam Rockwell’s one-man tour-de-force in Moon, Nicolas Cage’s unhinged Bad Lieutenant: Port of Call New Orleans, and Jeremy Renner (The Hurt Locker) and George Clooney (Up in the Air), who were both nominated. But I’m going with a curveball selection here and giving Best Actor to Matt Damon for his portly, unctuous portrayal of the exclamation-pointed titular character in The Informant! Many may scoff at this decision, but that’s why it’s my list. I love funny Damon.

Oh, boy. This is a tough one. The year 1999, from which the 2000 Oscar nominees were drawn, is considered by some to be the best movie year ever. It’s a truly staggering year in film.

American Beauty has aged poorly. I still vouch for it as a dark comedy, but it no longer has the Best Picture crown. There are almost too many deserving replacements to mention. Fight Club, Three Kings, Election, Being John Malkovich, Eyes Wide Shut, The Talented Mr. Ripley, The Iron Giant, and The Virgin Suicides all have an argument, as do The Insider and The Sixth Sense, which were both nominated. It should come as no surprise that I also stump for Office Space, arguably the most iconic film in a year of iconic films.

Except for one more iconic film: The Matrix. That’s our winner, folks. Sure, it’s a little daffy and the dormroom philosophy isn’t everyone’s bag. But the visuals were revolutionary at the time and still hold up today. It’s staggeringly imaginative, massively influential, and was a smash hit at the box office. In a year of great pictures, it was the Best Picture.

Because of this, it’s hard to argue against the Wachowskis for Best Director, but I’ll give it a shot. Spike Jonze infuses a bonkers concept with grounded humanity in Being John Malkovich and Mike Judge absolutely nails every little detail in Office Space. 1999 saw Stanley Kubrick's last film (Eyes Wide Shut) and Sofia Coppola (The Virgin Suicides) breaking free from her father's name to become a powerhouse auteur in her own right. But David Fincher, one of the most talented and meticulous directors we have, gave us Fight Club, his loosest, most antic movie ever. His perfect casting and impeccable design are a big reason for the movie’s staying power. Best Director is his.

Brad Pitt deserved Best Supporting actor for the aforementioned Fight Club 20 years before he won it this year. But we aren’t doing supporting acting categories here. For Best Actor, the problematic Kevin Spacey is no longer our winner. But who takes the trophy from him?

The only thing the Academy loves more than actors playing performers is snubbing comedians. Hence, Jim Carrey was in limbo with his uncanny and controversial portrayal of Andy Kaufman in Man on the Moon, but he’s the winner here. I would give it to Matt Damon for The Talented Mr. Ripley, but he just won this award above. Matthew Broderick (Election), Tom Cruise (Eyes Wide Shut), and Adam Sandler in Big Daddy (yes, seriously), among the non-nominated actors, also warrant a look. Best Actress is still Hillary Swank in Boys Don’t Cry. We don’t have to overthink it. But Reese Witherspoon is so good in Election that I’m giving her a trophy just because.

Quibble if you’d like with my choices. You certainly should, just like many may argue in favor of Once Upon a Time in Hollywood, or 1917, or Little Women, or whatever else, as Best Picture this year. Time will almost certainly show that Luptia N’yongo was robbed (robbed!) by not even being nominated for her performance in Us. But in a great year for movies, Parasite fittingly lives above the rest. The question is: Will it still feel that way 5, 10 and 20 years from now?

This was such a great blog, and a great way to make a movie list! Thanks!