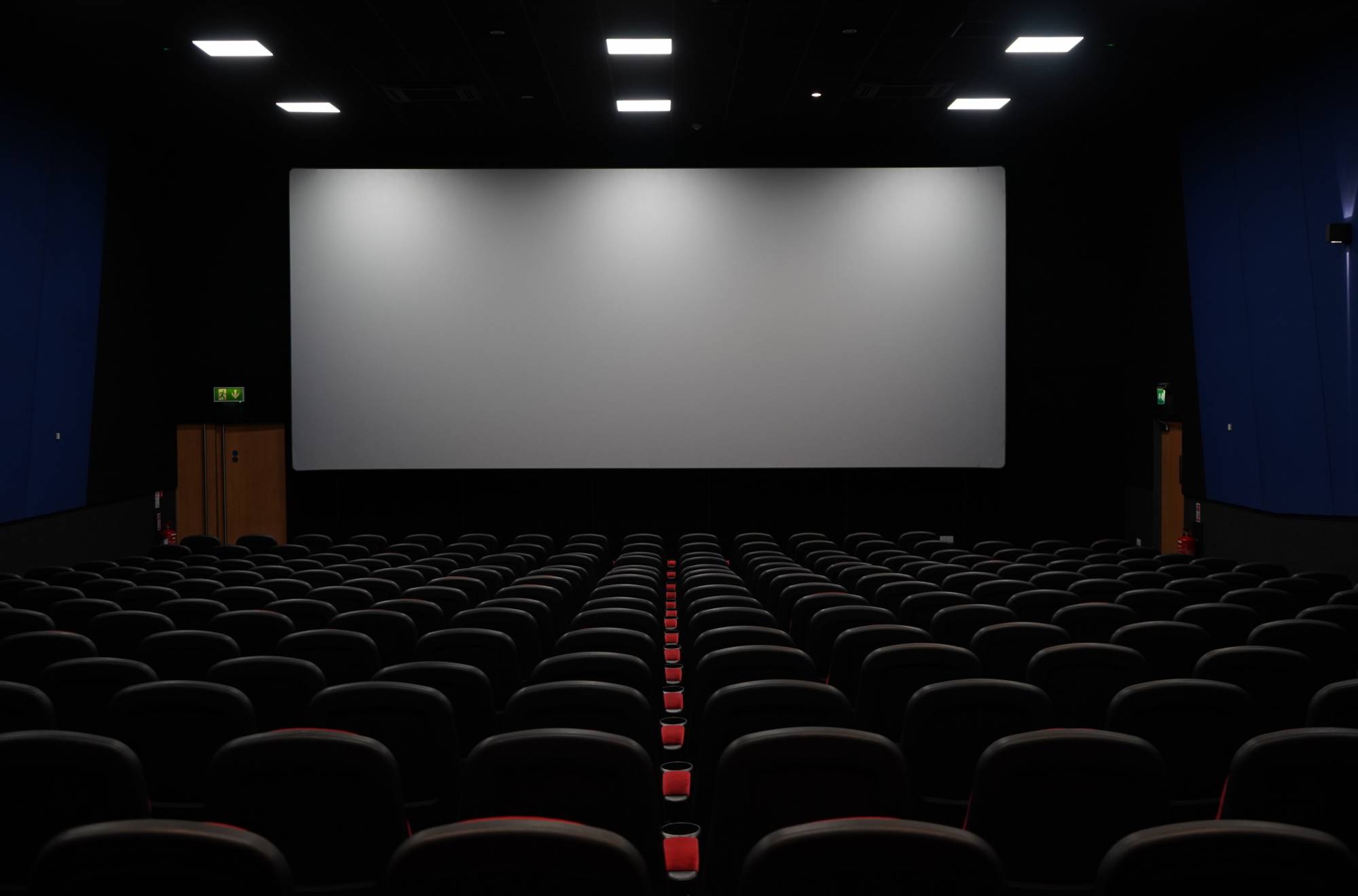 How will we look back on the 2021 Academy Awards in 5, 10 or 20 years? Will Chloe Zhao or Daniel Kaluuya have another couple of (well-deserved) trophies in the bag? Will we still (rightly) cherish Youn Yuh-jung’s performance in Minari? Will this blog gimmick (definitely) have gotten stale by then? However time may change our perception of the awards, there will certainly be no forgetting that awkward ending. Hopefully this, the third annual Retroactive Academy Awards, won't end with a photo of Anthony Hopkins and an anticlimactic cut to the credits.

A couple of disclaimers before we begin: First, as noted in the previous two “Retroactive Academy Awards” blogs – 2019 and 2020 – this is not my original idea. I first heard the idea from Bill Simmons, though I assume people have been arguing about and relitigating the Oscars since approximately twelve seconds after the very first ceremony was held in 1929 (Wings won Best Picture – not that Wings, or that Wings).

Second, these awards are extremely subjective.It's highly unlikely that my Oscars opinions will match yours. The whole point of the exercise is to reflect on various eras of movies, the way time and culture alters their significance, and then argue about it. Truly, arguing about trivial nonsense is one of the great human pastimes ever devised. I strongly encourage you to partake.

As a quick refresher, we are revisiting the Oscars from 5, 10, and 20 years ago to award Retroactive Academy Awards to movies and artists who were either unfairly snubbed or have grown in critical and popular estimation since the original ceremony. These are not meant to replace the original winners (I would argue that getting it “wrong” is just as important as when the Oscars gets it “right”), but to supplement them. To reevaluate the past through our present lens...for fun.

Doesn’t it kind of seem like 2016 just happened? Some of these movies still feel new to me yet, here we are, reevaluating them with the benefit of half of a decade’s hindsight. Best Picture winner Spotlight remains a powerful and well-respected ode to journalism. The Big Short, too, has aged nicely, with its flash, humor and sadly evergreen relevance. Neither is the Retroactive Best Picture of 2016, however. Nor is Inside Out, one of Pixar’s very best. That honor belongs to a movie that, 5 years later, strangely feels like a no-brainer for the award, Mad Max: Fury Road.

Fury Road is the greatest, most bananas chase scene in the history of movies for the entirety of its 2-hour runtime. The action is fast and visceral and, frankly, insane. To make something so brilliantly staged and beautifully shot is the sign of a steady hand on the wheel (allusion intended) and this is George Miller’s masterpiece. This is why he also bests Alejandro G. Innaritu – who won this award in 2015, too – for Best Director. Though Charlie Kaufman (Anomalisa), Ryan Coogler (Creed), and Denis Villeneuve (Sicario), among non-nominated directors, all warrant consideration, as well.

The acting categories are always somewhat fraught, as an actor’s career-to-date can color our perception of how they were thought of back then. Case in point: Melissa McCarthy. She came on like a sudden stomach bug (allusion intended) as a scene-stealer in Bridemaids, but has now become a bankable leading lady with Oscar chops. For my money, her best performance was in Paul Feig’s Spy, employing her deft physical humor and natural charisma as a sort of Jane Bond type. McCarthy faces tough challengers in this category: Cate Blanchett (Carol), Anya-Taylor Joy (The VVitch), and actual winner Brie Larson’s tour-de-force in Room . Yet it emerges victorious. And the long, stupid battle between the Academy and comedy continues...

On the men’s side, while Leonardo DiCaprio took home the long-overdue hardware for bearing down (get it?) and suffering through The Revenant, Matt Damon also accomplished something difficult: somehow making The Martian, essentially a one-man show about a dude growing doodoo potatoes on Mars, incredibly watchable. Michael Fassbender (Steve Jobs) would be a deserving winner, too. But the most exciting performance of the year may have been Michael B. Jordan’s in Creed, a better movie than it had any right to be. While we're here, let's make sure to honor Sylvester Stallone as Best Supporting Actor in the same film, for both resurrecting and recontextualizing one of Hollywood’s most indelible characters. We don't usually relitigate the supporting acting categories, but Rocky deserves it.

Okay. This is a biggie with one of the most legendary misses in modern Oscars history.

In a loaded field, The King’s Speech triumphed over Black Swan, The Fighter, Toy Story 3 (the best of the trilogy in my opinion), Inception, True Grit, Winter’s Bone, and The Kids Are All Right to win Best Picture. Those are all very good movies. And The King’s Speech is...a fine film, sure. The problem is that it and the others were released in the same year as probably the best film of the entire decade.

The Social Network is the Citizen Kane of its generation. It is somehow a career best for David Fincher, Aaron Sorkin and Jesse Eisenberg, and was the first (pitch perfect) film score composed by the already legendary pairing of Trent Reznor and Atticus Ross. The film may not always be literally factual, but feels spiritually true; a powerful yet entertaining origin story of Facebook – maybe the most impactful (and destructive?) force in modern history – that has only grown sharper and more prescient with time. The script’s structure is elegant but sturdy, the dialogue sings and stings, and the cinematography subtly captures the darkness lurking beneath the surface of the shiny sheen of high-stakes tech capitalism. The Social Network is, quite simply, a masterpiece.

Because of this, it will not be considered for any of the other categories. It is the runaway Retroactive Best Picture winner. Every actor is a revelation, from standouts Andrew Garfield and Rooney Mara to curios like Justin Timberlake and Armie Hammer. David Fincher is shamefully without a Best Director win in his illustrious career. But deserved though it may be, a Social Network clean sweep would just be too boring for a blog post of already questionable entertainment value.

Rather than Fincher, I would love to recognize Darren Aronovsky for his beautiful and haunting work on Black Swan or Ben Affleck’s love letter to Boston, The Town, but I’m awarding Edgar Wright, perhaps my favorite working director, for the infectious Scott Pilgrim vs. the World. The quick and clever cutting; the clairvoyant casting; the marrying of image and sound; everything Wright does in this gem of geekdom was, fittingly, about 10 years ahead of its time.

On the acting side, Colin Firth yields the trophy to Ryan Gosling (who was not nominated) for his winning yet heartwrenching performance in Blue Valentine. His co-star in that film, Michelle Williams, makes a strong push along with Jennifer Lawrence (Winter’s Bone) for Best Actress, but Natalie Portman retains her crown for Black Swan. Even with all the 2011 Oscars misses (including the hosts!), the Academy got that one right.

An interesting Oscars year, 2001’s winners and nominees have neither grown nor dwindled in the popular imagination over 20 years. Gladiator, the Best Picture winner, has a solid reputation and is notable in that it was also a box office hit. Crouching Tiger, Hidden Dragon suffers the fate of many groundbreaking spectacles: it doesn’t look quite as revolutionary after being copied countless times since its release. Either of Steven Soderbergh’s nominees, Erin Brokovich or Traffic, could credibly win, as well. But the non-nominated movies from that year seem to have gotten better with age (and perhaps underappreciation).

Cast Away and O Brother Where Art Thou are strange, idiosyncratic outings by very successful filmmakers. You Can Count on Me and Requiem for a Dream annihilate audiences in different, equally affecting ways. In a fantasy world where comedy is rightfully respected by the Academy, Best in Show would warrant strong consideration for the top prize. And two of the most personally meaningful movies of my life were released this year: Wonder Boys and Love & Basketball  – though in the interest of objectivity neither will win Retroactive Best Picture despite their importance to me. That honor ultimately goes to Almost Famous. It isn’t perfect, but what movie (besides The Social Network) is? Cameron Crowe’s rock n’ roll coming of age yarn has a devoted fanbase and a handful of iconic moments – just enough to (tiny) dance its way to victory and into our hearts.

Steven Soderbergh beat himself for best director 20 years ago, winning for Traffic over Erin Brockovich. He probably deserves to retain his win, but the not-nominated Christopher Nolan (Memento) has a strong case, too. Ultimately, though, not even the Retroactive Oscars are immune from the Academy’s annoying tendency to give “make up call” Oscars. In that spirit, we’re going to soften the blow of taking Best Picture away from Gladiator by giving its director, Ridley Scott, a true titan in the industry, his first overdue win in this category.

In the acting categories, Russell Crowe is giving up his crown to one of the most respected actors of his generation who so fully inhabits a lonely man driven to madness by emotional isolation that you can actually see a physical transformation take place before your eyes. And no, I’m not talking about Tom Hanks in Cast Away. I’m talking about Christian Bale in American Psycho. Full disclosure: I don’t like this movie – at all. But Bale is astounding. His unhinged performance is the only reason the film works. He’s our retroactive winner.

Sanaa Lathan has a stronger case for Best Actress than you’d think for literally learning how to play basketball as the heart of the aforementioned sports-romcom hybrid, Love & Basketball. Julia Roberts won her first and only Oscar for Erin Brockovich and I’m loathe to take it away from her. However, Ellen Burstyn gives such a chilling, heartbreaking, and thoroughly convincing performance in Requiem for a Dream, I have no choice. It’s the best performance of that year, and has only gotten better two decades later.

And that wraps up the third annual retroactive Oscars! If you have any thoughts, please share below.