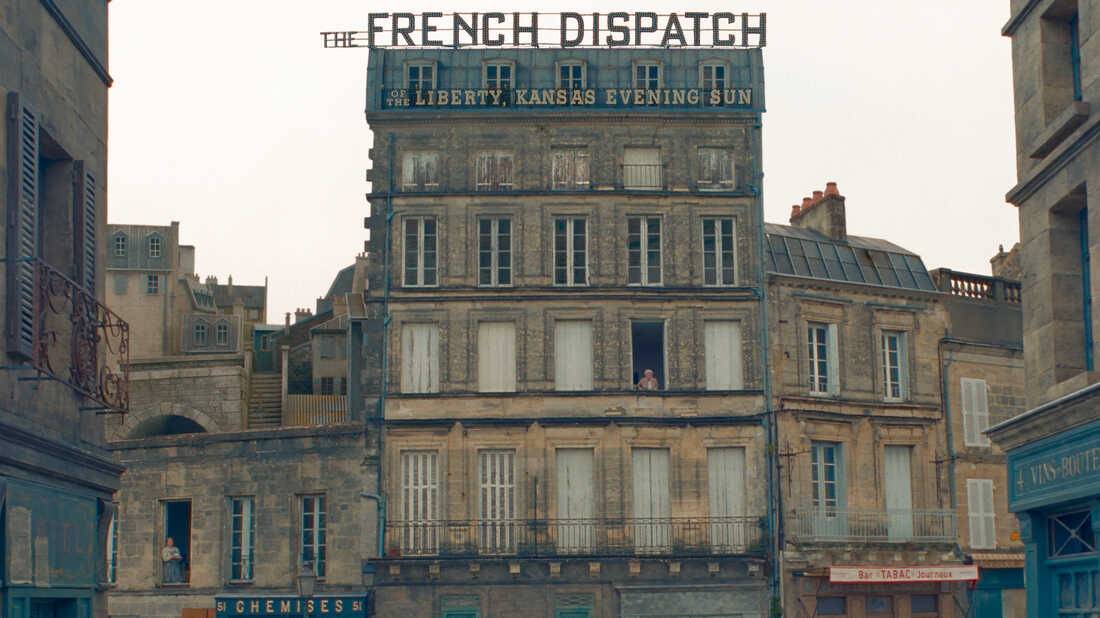 The most common criticism of Wes Anderson’s movies goes something like: “yada yada style over substance yada.” When the style is as whimsical and sumptuous as his, that’s hardly a criticism. He has created a film aesthetic all his own. There isn’t a single frame in any of his work that could be mistaken for another movie. In a reference-heavy medium prone to misusing this word, his style is truly unique. The color palettes, the fastidiously detailed mis-en-scene, the center framing, the symmetry, the retro costumes and retro needle drops – it’s all part of what makes Wes Anderson so very Wes Anderson.

It’s not all pretty visuals, though. Anderson - along with his numerous co-writers - is one of the sharpest dialogue artists working today. His films are often touching, always insightful, and shot through with as much melancholy and nostalgia as they are wit and whimsy. One of his underrated gifts is his ability to pillory hyper-masculinity, taking traditionally macho characters and storylines and exposing their underlying insecurities. The men in his movies frequently suffer due to their misguided belief of what a man should be. He’s made skewed versions of the caper film, the war epic, the deathbed drama, and the revenge thriller. American cinema simply wouldn’t be the same without him.

The recent release of his 10th feature, "The French Dispatch," prompted this primer on one of my favorite filmmakers of all time. If you are unfamiliar with his movies, may this act as an introduction – or an inducement to watch one (or all) of them. If you’re already a fan, brace yourself for my personal rankings at the end. Like Steve Zissou telling us about the Belafonte, let’s take a quick tour through the films of Wes Anderson.

“I don’t expect you to be as depressed as I am. But I don’t think your happiness is quite appropriate.”

Where it all began. This movie kicked off not only Wes Anderson’s career, but also brought Luke and Owen Wilson’s odd charisma to the big screen for the first time. Wow. The short film version of "Bottle Rocket" caught the attention of famed producer James L. Brooks, who helped shepherd along a feature. Anderson’s whimsical melancholy shines through from the very start, the offbeat action entertains, and James Caan is pitch perfect. Martin Scorcese is an avowed fan of this film.

“I saved Latin. What did you ever do?”

Like its precocious protagonist, Max Fisher, "Rushmore" is an unlikely overachiever. Then-unknown Jason Schwartzman plays a rude, narcissistic, private school student whose character is in love with an older woman. Bill Murray, one of the world's funniest people, plays the straight man. The soundtrack features primarily ’60s Brit-pop B-sides. This may not sound like the recipe for an uproarious comedy, yet it most certainly is. Somehow, "Rushmore" gets better with every viewing. And it proved that Wes Anderson was much more than a one-indie-flick wonder.

“Anybody interested in grabbing a couple of burgers and hittin’ the cemetery?"

Anderson’s big breakthrough, commercially and critically, "The Royal Tenenbaums" felt like a moment. As the eponymous patriarch, Gene Hackman provides one of his best and final performances. He’s a legendary character, not just in Anderson’s canon but in all of 21st century American cinema. Ben Stiller, Gwenyth Paltrow, and the brothers Wilson all turn in arguably career-best performances, too. Anjelica Huston reminds everyone how captivating a screen presence she is. "The Royal Tenenbaums" is as quirky and hilarious as the previous two films, but with a more sprawling ensemble, and a truly affecting emotional complexity. The “Needle in the Hay” shaving scene is an all-timer.

Check it out if you like… famous people all hanging out; 1970s novelistic New York aesthetic; falcons; matching red tracksuits.

THE LIFE AQUATIC WITH STEVE ZISSOU (2004)

The first misfire? Maybe. But like a good band, even his B-sides are worth experiencing. All of the trademarks are present: impeccable framing, distinct color palette, deadpan humor, Bill Murray and Owen Wilson. Also a peculiar sadness and damaged family. Almost all of Anderson’s characters are battling some sort of loss. He deconstructs their failures and their genuine but realistically modest recoveries with an authenticity that belies the fanciful worlds he builds. And the world of Steve Zissou was by far his most fanciful yet – a clever, entertaining tribute to Jaques Cousteau.

Check it out if you like… misguided vengeance; Jaques Cousteau; maritime adventure; cross-sections of ships; Brazilian-folk covers of Bowie songs.

One could read this as a shallow appropriation of Indian culture and aesthetics, or as an incisive satire of the very American point-of-view of the central brothers that would exploit Indian culture and aesthetics for their own narcissistic needs. Perhaps both are valid. Regardless, the long train journey is worth taking. Often counted among his least favored films, "The Darjeeling Limited" is also Wes Anderson’s darkest, a brooding examination of… well, brooding. Of course, the art design is flawless, and the humor, performances, and surprising pathos all confirm Anderson’s place among the elite auteurs of his generation.

Check it out if you like… trains; the color yellow; sibling rivalry; ornate suitcases.

“Here, put this bandit hat on.”

And now for something completely different. Not only is this a tonal shift from "Darjeeling," but it’s animated! In breathtaking, painstaking claymation! His first foray into animation, "The Fantastic Mr. Fox" feels exactly like a Wes Anderson movie. While adapting the beloved Roald Dahl novel, he still manages to insert his vast imagination, blunt-yet-idiosyncratic dialogue, and fixation on flawed father figures. The result is sheer joy. A beautiful, hilarious caper film disguised as a children’s movie. Or maybe vice versa. Either way, the film is… yes… fantastic.

Check it out if you like… animals wearing clothes; Roald Dahl; incredible animation; saying “cuss” in place of a cuss word.

“I love you, but you don’t know what you’re talking about.”

For the first time, Anderson’s whimsical lens focuses on maybe the most apt subject for it: adolescence. And what a hand-in-glove fit it turns out to be. Not only does this film bring out the childlike wonder lurking beneath all of Anderson’s previous work, but it also manages to bring out the weary maturity of youth. Arguably, his most charming, likeable film, "Moonrise Kingdom" features stellar performances from its two leads and evokes the indescribable joy and torment of first love. A perfect marriage and distillation of the filmmaker’s sensibilities.

Check it out if you like… wise-cracking ne’er-do-wells; the boy scouts; small, provincial coastal towns; adventure.

“You’re the first of the official death squads to whom we’ve been formally introduced. How do you do?”

Inside this Russian nesting doll of narrative framework lies Anderson’s most indelible character, M. Gustave. Played to perfection by Ralph Fiennes, the elegant playboy/upscale hotel concierge/(spoiler alert) fugitive from the law steals this movie like it’s an ugly painting of a boy with an apple. "The Grand Budapest Hotel" garnered Anderson his first Best Picture and Best Director nominations, and for good reason. It is arguably the most beautiful and pristine visual treat in his oeuvre, while delivering a surprisingly rip-roaring adventure, set at the brink of war, full of action, intrigue, and pathos. Oh, and it’s also devastatingly funny, darling.

Check it out if you like…  luxury hotels; war stories; the color pink; the life-saving power of baked goods.

“I’m not doing this because you commanded me to. I’m doing it because I feel sorry for you.”

Say the title of this film quickly, without any spaces. What do you hear? “I love dogs.” And, yeah, pretty much. The second animated feature of Anderson’s career, this is a grimly funny Japanese dystopian adventure about a boy searching for his missing canine. It’s also a delightful ode to man’s best friend and the revolutionary power of young people. "Isle of Dogs" ups the world-building ante on "Fantastic Mr. Fox"; the visuals are perhaps even more impressive. And there sure are a doggone lot of famous voices in this movie.

An anthology film. An ode to the bygone heyday of literary magazines. Anderson’s attempt to squeeze every interesting actor in the world into one movie. However you classify "The French Dispatch," it still doesn’t fully capture it. Of all the fussed-over, detail-laden films in Anderson’s catalogue, this one takes the croissant. Split into three main sections, and set-up and threaded together by another two or three stories, it is a mammoth of a film. What a miracle that it moves so swiftly. Never dull, never overly-indulgent, never incoherent, it somehow feels exactly how it’s best described: Wes Anderson creating an issue of the The New Yorker.

Check it out if you like… francophilia; The New Yorker; great fictional names; sudden animated sequences in live-action films; Wes Anderson movies.

Oh, and in case you’re wondering, my personal Wes Anderson rankings (subject to change at any time):

7. The Life Aquatic with Steve Zissou

Now it's your turn. How do you rank his movies?

Photo courtesy of Searchlight Pictures from "The French Dispatch."