Submitted by Jeffrey Schwartz on Feb 25 2019 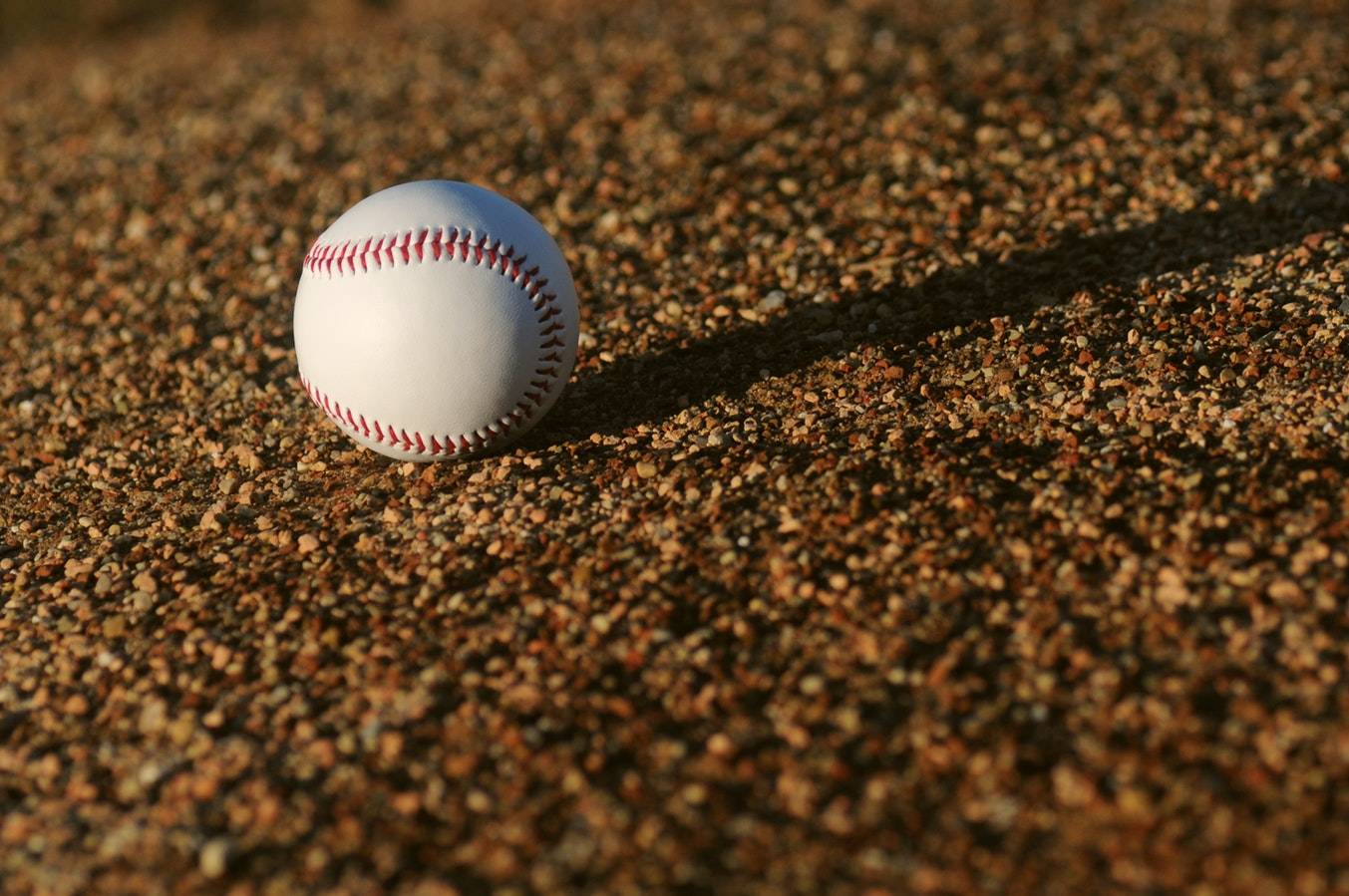 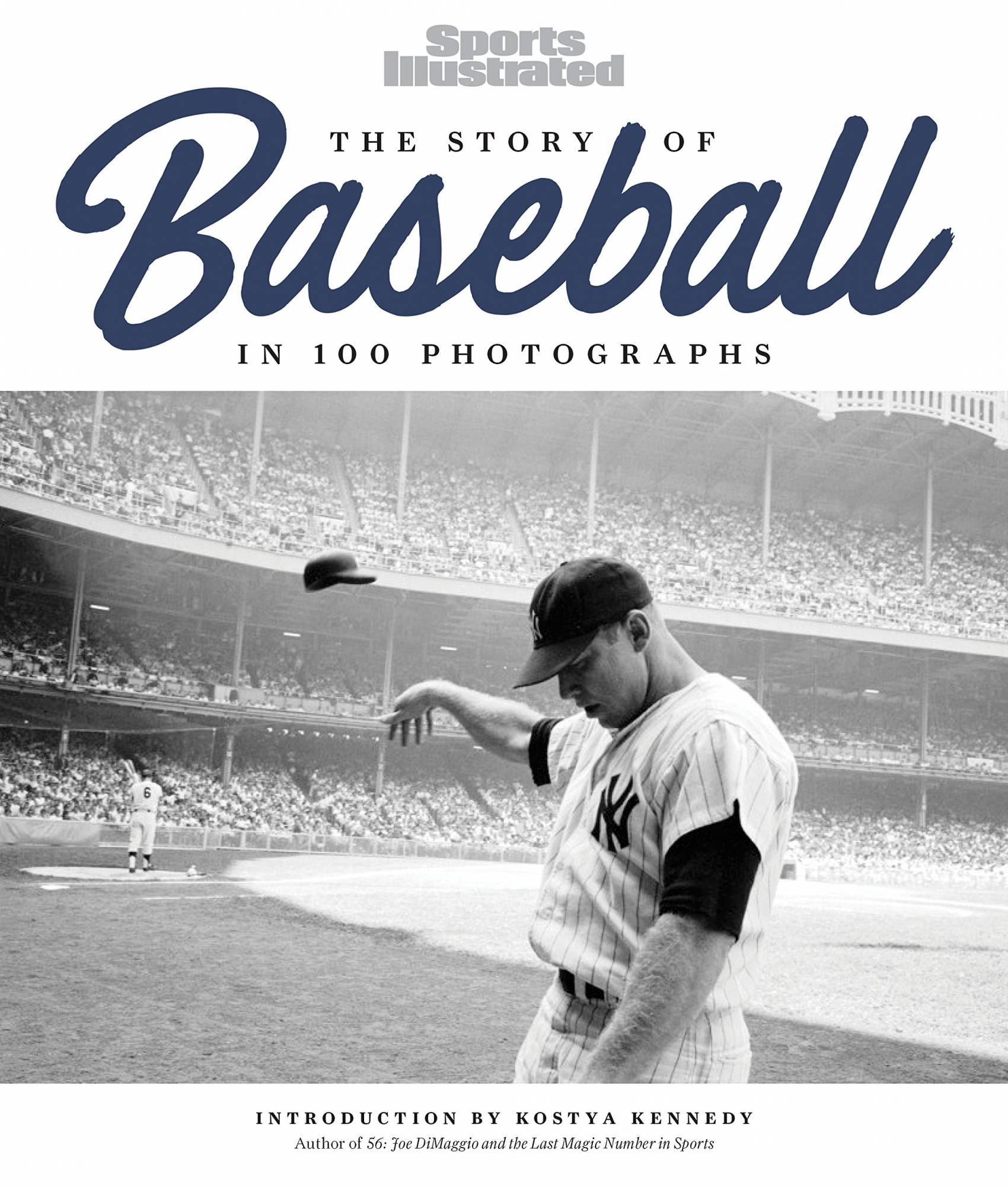 It may not look like it outside, but Major League Baseball begins its season (on the earliest Opening Day ever) in less than a month. To pass the time until then, I’ve been reading The Story of Baseball in 100 Photographs, a coffee-table-sized book put together by Sports Illustrated.

I’ve written here before about my love for baseball, and one of the reasons the sport captivates me is its history. Among its many virtues, The Story of Baseball condenses and synthesizes 150 years of that history between its pages.

In his introduction, Kostya Kennedy (who’s written books about Joe DiMaggio and Pete Rose), lays out the book’s mission. Instead of selecting photographs based on “news value,” the book aims to show “something of the whole,” embodying the texture and history of baseball through individual moments. Hence, the book’s sole photograph of Joe DiMaggio doesn’t show him making contact during his 56-game hitting streak; instead we see DiMaggio in a burst of motion, right leg blurred as he rounds first base. It’s a shot that, in the words of the authors, demonstrates the “intensity and efficiency,” not to mention the tremendous energy, with which DiMaggio played the game.

The Story of Baseball unfolds chronologically, beginning with the first ever portrait taken of a professional baseball team (the Cincinnati Red Stockings), and ending with two photographs from last year of Shohei Ohtani, the celebrated pitcher (and slugger) for the Los Angeles Angels.

While you’re welcome to dip in and out of the book, sampling photographs and their accompanying explanations at random, The Story of Baseball is, like a baseball game, cumulative. It truly is a story. Each entry explains something essential about the game. From the transition of amateurs to professionals, the Deadball era to the Long Ball era, segregation to integration, The Story of Baseball offers a succinct visual and narrative history of the game.

The photographs also invite you to linger. I was particularly struck by a picture of Mickey Mantle, which also adorns the book’s cover. Mantle dominates the frame, tossing away his batting helmet, right arm extended toward the blurred Yankee Stadium crowd in the background. Everything about the gesture – Mantle’s refusal to look at the helmet, his bowed head and inscrutable expression – suggests a kind of rascally nonchalance. But this picture, as the authors explain, actually tells a different story. Perpetually injured and in the thrall of alcoholism, Mantle’s batting numbers dropped and he was forced to take out his frustration in moments like the one depicted in this photograph, hurling his helmet away in disgust.

This photograph, like many in The Story of Baseball, stands for both the particular and the universal; it speaks to Mantle’s life and career while also echoing the inevitable decline and frustration that marks the end of so many athletic careers.

Baseball has changed a lot since that first photograph was taken of the Cincinnati Red Stockings. So, too, has photography changed. One might even suggest, as Kennedy does in his introduction, that these two forms, one athletic the other artistic, evolved together; after all, the first photographic portraits were taken in the 1840s, just as baseball was growing more organized.

Yet, for as much as baseball and photography have changed in the last 150 years, their cores remain untouched. Ronald C. Modra, a photographer for Sports Illustrated, described his process as a waiting game. “Something extraordinary is going to happen,” he said, “but you don’t know when and you don’t know where.” The same can be said of any baseball game.

Shout-out to fellow blogger Laura Wilson for putting this book on my radar.

I always enjoy reading your blog, Jeff. I especially liked your observation about the cumulative nature of both this book and a baseball game. Laura