The greatest game ever invented

Submitted by Jeffrey Schwartz on May 28 2016 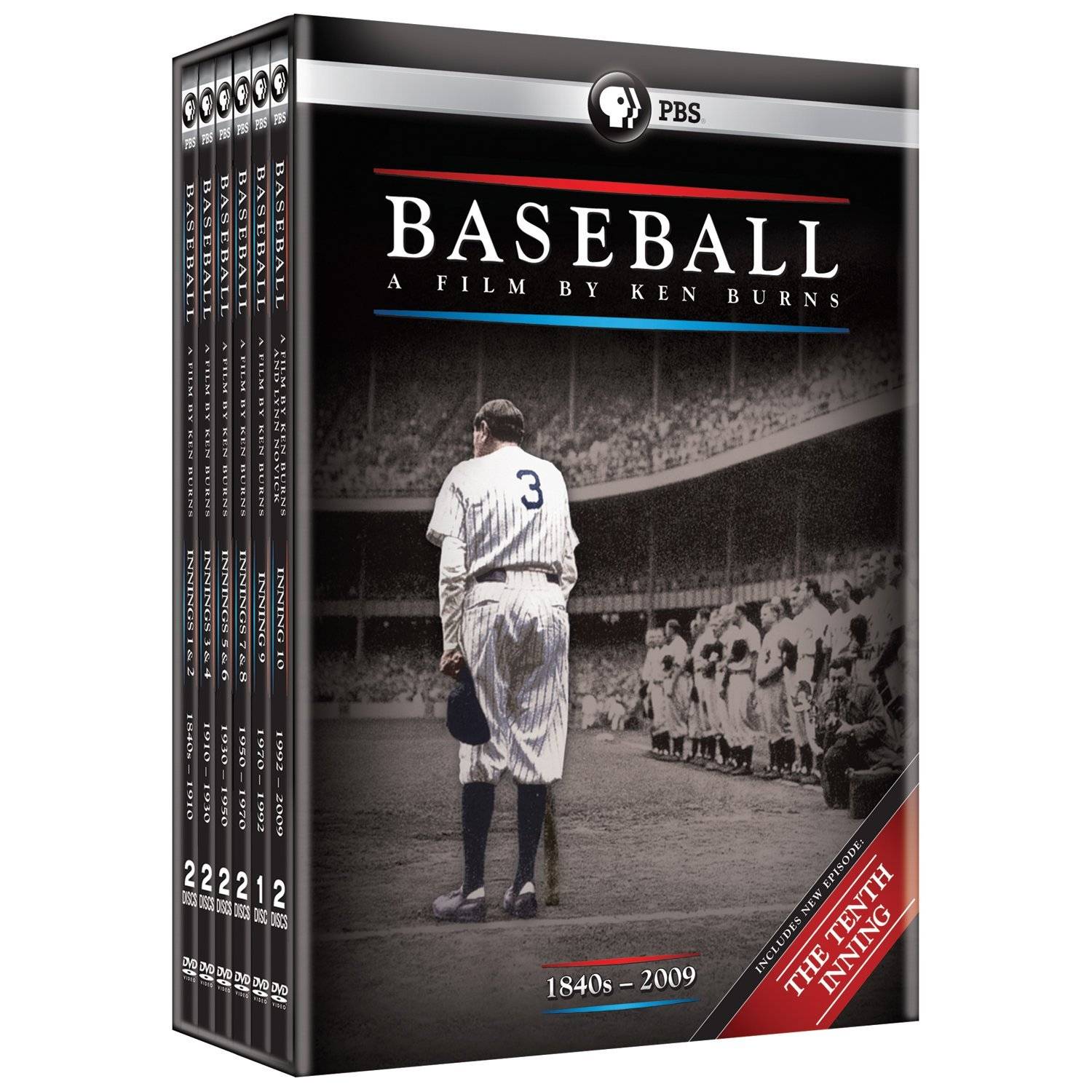 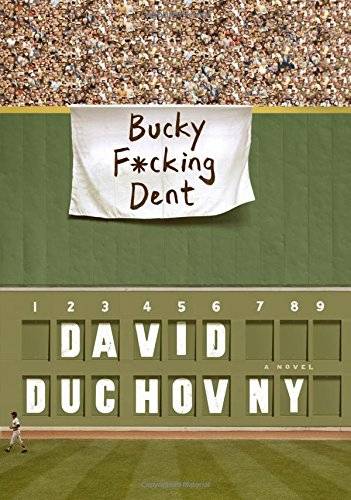 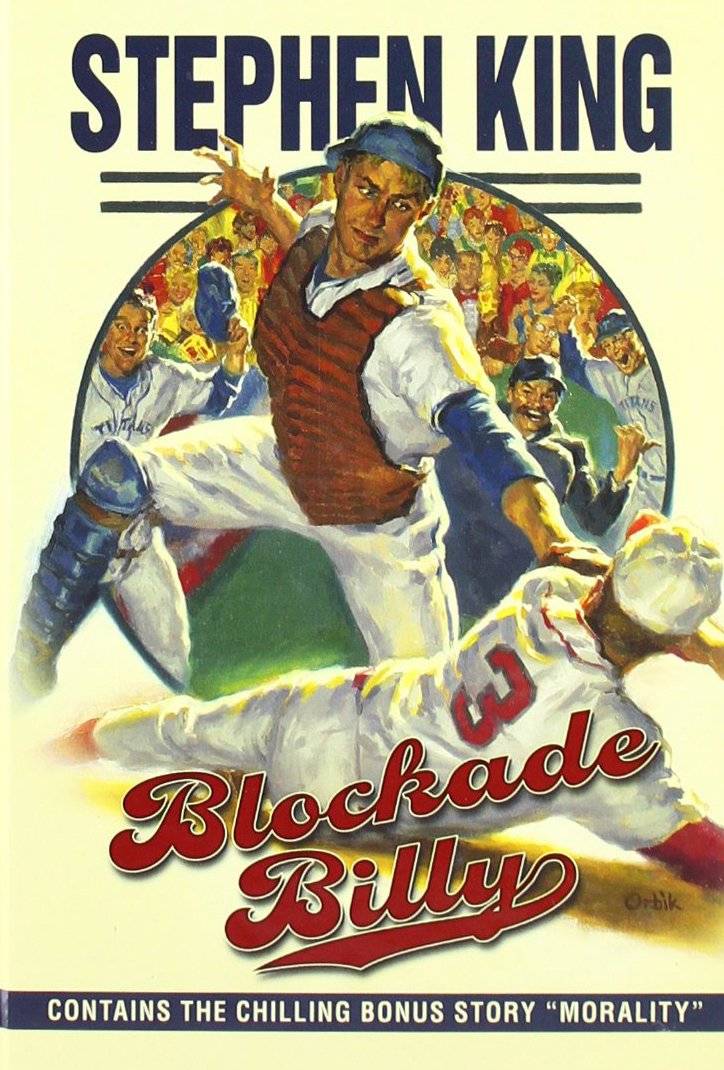 Americans have played professional baseball for nearly 150 years. Amateur and informal versions of the game have existed for even longer. Baseball is more than just a game, though, and its reach extends far beyond the field. Baseball permeates our language with a frequency to rival Shakespeare; while the Bard may have given us more than a thousand neologisms, it’s from baseball we get expressions like “the big leagues,” “three strikes,” “charley horse,” “grandstanding,” “rain check” and “hit-or-miss.” Baseball crowds our bookshelves with classics and historical reportage, flickers on our movie screens in comedies and dramas. There are even songs about baseball, chief among them the old-timey earworm “Did You See Jackie Robinson Hit That Ball?” Football may dominate TV viewership and media coverage, but baseball’s influence on American life remains indelible and unmatched.

So with summer just around the corner, and the baseball season well underway, here are a few titles that document, dramatize and pay homage to what the playwright David Macaray called “the greatest game ever invented.”

Ken Burns’ Baseball was the first documentary I can remember watching, and it’s been a joy to revisit it over the last couple weeks. During the course of nine episodes (or “innings,” as Burns labels them), Baseball chronicles the game’s nearly 200-year development alongside the political, social and racial history of the United States. Fans eager to learn more about the infamous “deadball era” of Ty Cobb and Shoeless Joe Jackson, or the rivalries between the game’s biggest hitters, will find plenty of interest.

But Baseball is no hagiography; to Burns’ credit, the film confronts head-on the racism that pervaded the sport for over a century and continued even after Jackie Robinson integrated professional baseball in 1947. Some of the film’s most engaging segments involve the recollections of Buck O’Neil, a first baseman and manager in the Negro Leagues during the ’30s and ’40s. O’Neil’s intelligence and enthusiasm give Baseball its soul, and elevate what could have been mere history into a film that is both clear-eyed and magisterial. A must for even casual fans of the game.

There is a rich tradition of baseball novels, from W.P. Kinsella’s classic Shoeless Joe to Chad Harbach’s acclaimed The Art of Fielding. Thanks to David Duchovny, we can add another player to the team: Bucky F*cking Dent. Set during the Yankees-Red Sox pennant race of 1978, BFD (as I shall henceforth call it) is the story of an estranged father and son. Ted Lord Fenway Fullilove is an erstwhile novelist and pothead who spends his days “throw[ing] legumes” to fans at Yankees Stadium. Ted’s father Marty, a lifelong Sox fan (hence his son’s name), has been diagnosed with lung cancer and isn’t expected to live long. But Marty is convinced he can’t die until the Sox win the pennant, and until then he’s going to do what he wants.

Best-known for his role as Agent Mulder on The X-Files, Duchovny is a talented novelist. He has a particular knack for metaphor; one of my favorite passages in the novel begins as a rumination on Reggie Jackson’s swing as viewed in slow motion on a VCR, and ends up linking this observation to how things as disparate as pot and writing and cancer slow down life in such a way that it can be better perceived. And did I mention the book is funny, too? Well it is, often profanely so (the title is an obvious hint). It’s a rare thing when a novel can make you laugh and think and give you a lump in your throat; BFD does all these things on top of being a great meditation on the way baseball gives meaning to the lives of its fans. If this whole acting thing doesn't work out for Duchovny, he should try writing novels full-time.

Last but not least, I have a tale of the macabre for you. Stephen King unites horror and baseball in a nifty little novella called Blockade Billy. Framed as an interview between King and George “Granny” Grantham, a former third-base coach during the ’70s, Billy recounts the sordid history of New Jersey Titans catcher and power-hitter William Blakely, known to his fans as Blockade Billy for the ruthless way he stops runners from crossing home plate. The story takes some grisly turns, but what I love about this novella is the voice King gives to Granny; by turns irascible, vulgar and rhapsodic, Granny is yet another memorable addition to King’s Dickensian pantheon of fundamentally decent characters confronted with unspeakable horror. Which, come to think of it, is a pretty good description of Rockies fans.

Baseball has long since transcended its status as a game; it’s a well from which we can all extract different meanings and inspirations. As we continue to ponder the game in film and literature and song, and as the game itself continues to evolve, that well of meaning and inspiration is replenished, and the cycle continues. Baseball is whatever you want it to be, yet it remains steadfastly itself. Perhaps in this seeming contradiction lies the very heart of baseball’s appeal.

Did You See Jackie Robinson Hit That Ball? (1949 Version)

Jeff -- Thanks for this post. As always, I appreciate your writing style. Also, I've been wanting to know more about that particular Stephen King book. The June 6th Sports Illustrated had an interesting article about a baseball's longest serving manager -- 50 years -- that I enjoyed reading, on the topic of baseball.
Wow. cool post. I’d like to write like this too – taking time and real hard work to make a great article… but I put things off too much and never seem to get started. Thanks though.Auto parts site: http://www.commonrailparts.net http://www.zjsensor.com
The legend makes history however in any field of work. I was watching that match on its <a href="http://top-essay-writing.services/top-10-essay-writing-services/">official site</a> and that is quite amazing and great game that was. Sports are the most important and significant part of everyone life thanks for sharing the video here. I would like to watch this game video again on your website.
Thank you so much for the wonderful reviews about the book's stories you share on <a href="http://superiorpapers.org">superiorpapers.org</a> website. I just like your beautiful reviews about books really appreciated. The people who like reading and writing they can found here pretty interesting stories to read.