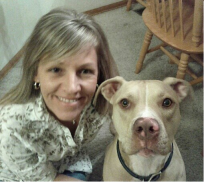 In April 2007, 51 pit bulls were seized from the Bad Newz Kennels belonging to Michael Vick. At that time, Michael Vick was the star quarterback for the Atlanta Falcons, leaving sports fans shocked and animal lovers outraged. A media frenzy ensued and the question arose: What will become of the dogs? Many people and even some animal welfare organizations wanted to follow what had been standard procedure up to that point -- euthenize them.