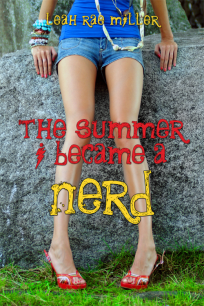 Have you ever imagined you had superpowers or wished you were a superhero? Most people have. Superhero movies and comics are extremely popular -- from Iron Man to The Green Lantern to Thor. But, for some reason and despite their popularity, superhero comics and movies are sometimes labeled as dorky or childish. In The Summer I Became a Nerd, Maddie Summers, a 17-year-old girl from Louisiana, feels like she has to live a double life.