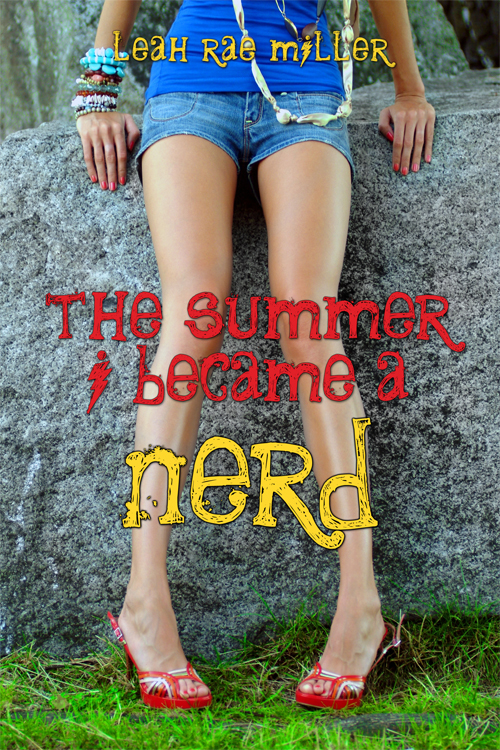 Have you ever imagined you had superpowers or wished you were a superhero? Most people have. Superhero movies and comics are extremely popular -- from Iron Man to The Green Lantern to Thor. But, for some reason and despite their popularity, superhero comics and movies are sometimes labeled as dorky or childish. In The Summer I Became a Nerd, Maddie Summers, a 17-year-old girl from Louisiana, feels like she has to live a double life. At school, she's one of the popular girls, a blonde cheerleader with a quarterback boyfriend. At home, she's downloading her favorite superhero comics so there won't be any physical evidence of her true passion. One day when trying to sneak into a comic shop to grab the last copy of her favorite comic book series, she's recognized not only by a classmate, but her "adorkable" crush, Logan. Maddie's tired of living a double life but at the same time she's terrified of losing her "cool girl" status. Will Logan expose her secret? Find out in Leah Rae Miller's hilarious book, The Summer I Became a Nerd.

Speaking of superheros, the new Superman film has my interest piqued. Man of Steel came out Friday, June 14 and from the looks of the trailer, it's going to be amazing. The movie stars Henry Cavill as Superman and Amy Adams as Lois Lane. It's pretty hard to replace Christopher Reeve as Superman in my mind's eye, but Cavill seems to be up to the challenge. I loved Amy Adams in Enchanted so I'm looking forward to her take on Ms. Lane. Are you excited about the new Superman movie?

If you stop by the brand new Anythink York Street within the next couple of weeks you'll find some Superman surprises waiting for you. We have all your favorite Marvel and DC superhero comic books on display with some fun activities. You may also discover the library has a phone booth (remember those?) that looks similar to the ones Clark Kent likes to frequent right before reappearing as Superman. I wonder what will happen when you go inside our phone booth? You'll have to come try it to find out!