What to watch before or after "Parasite"

Submitted by Jeffrey Schwartz on Mar 4 2020 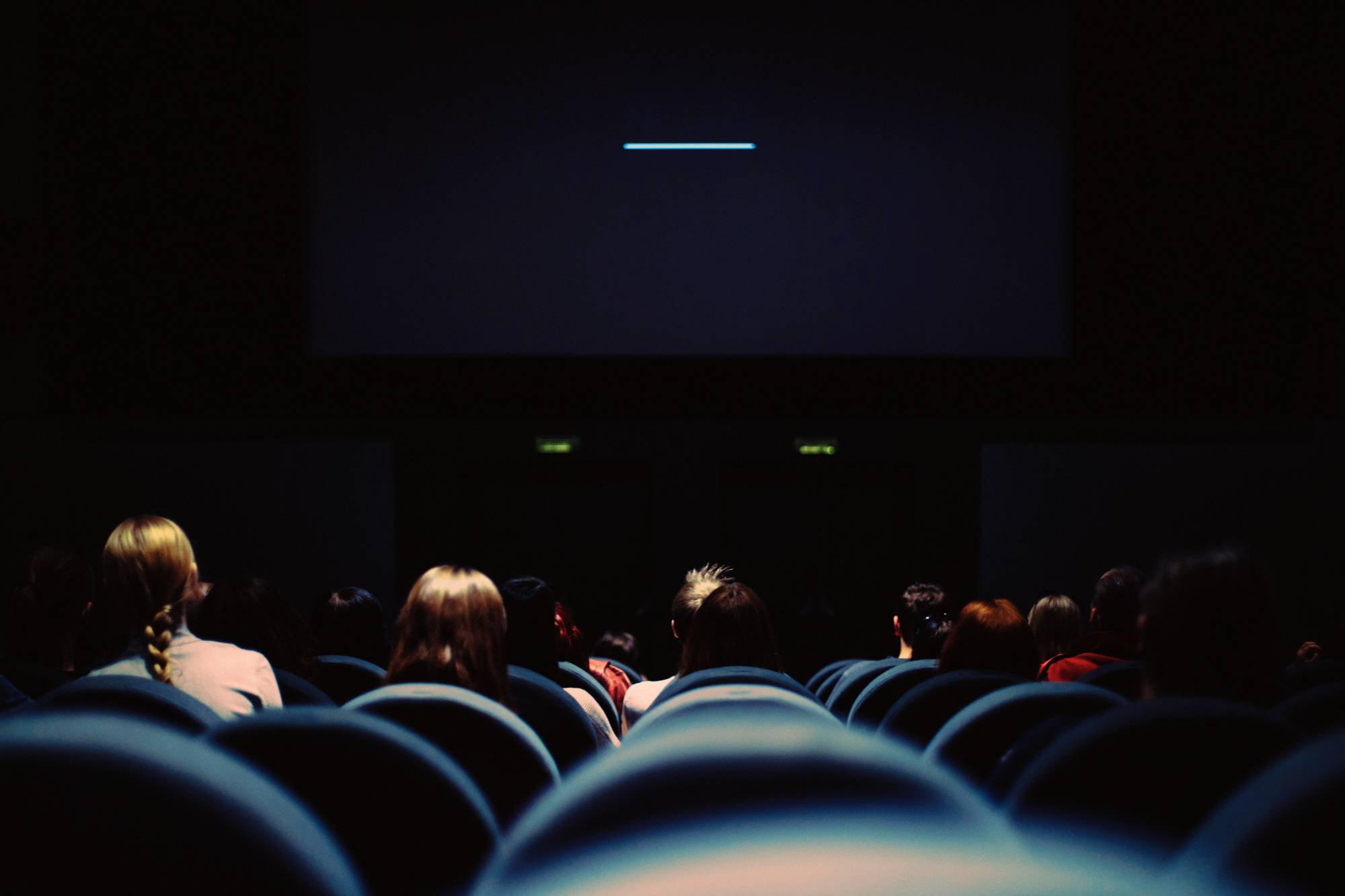 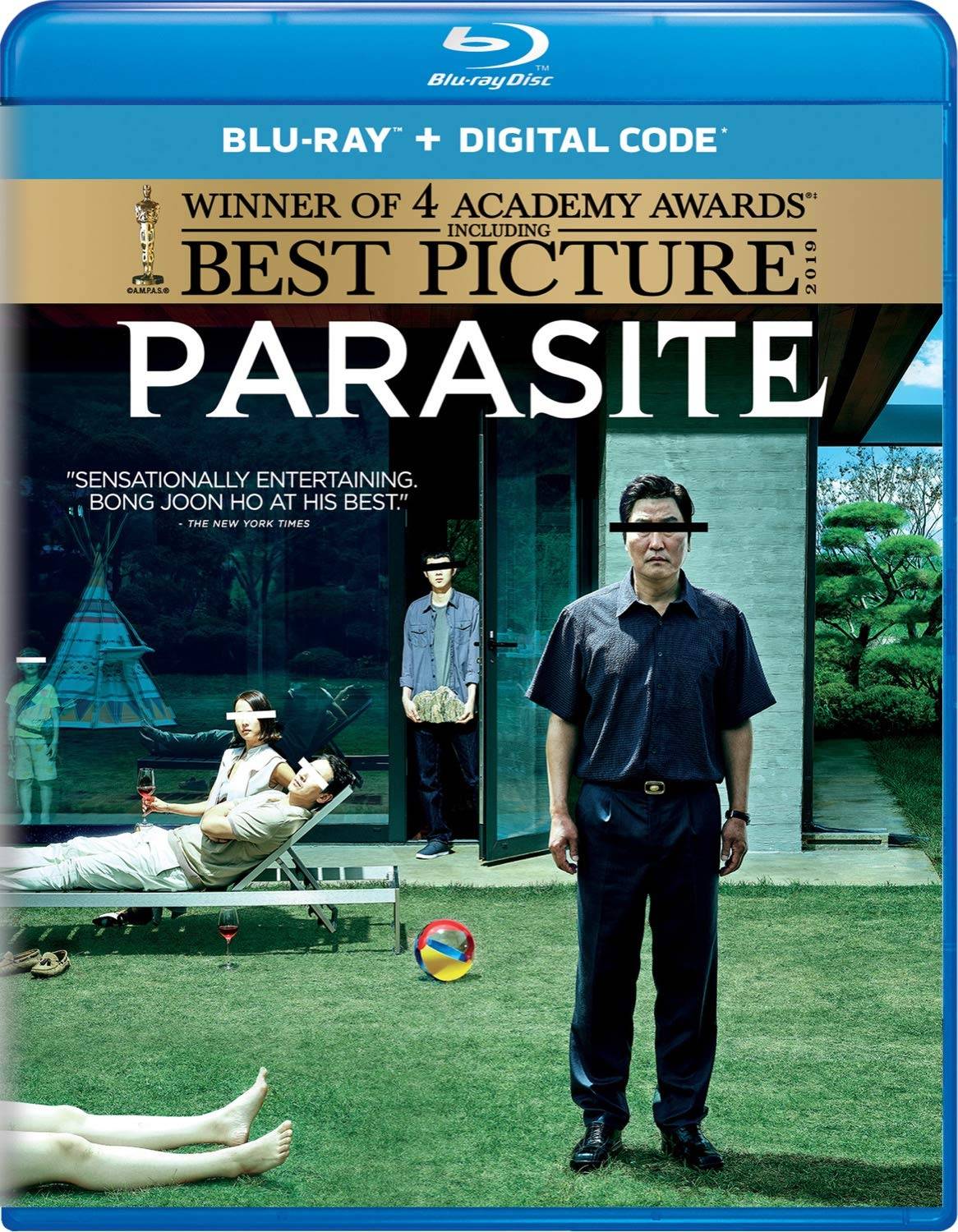 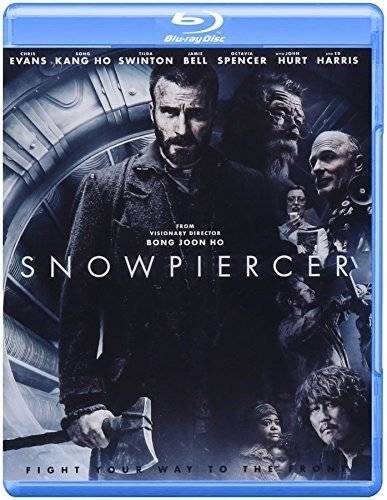 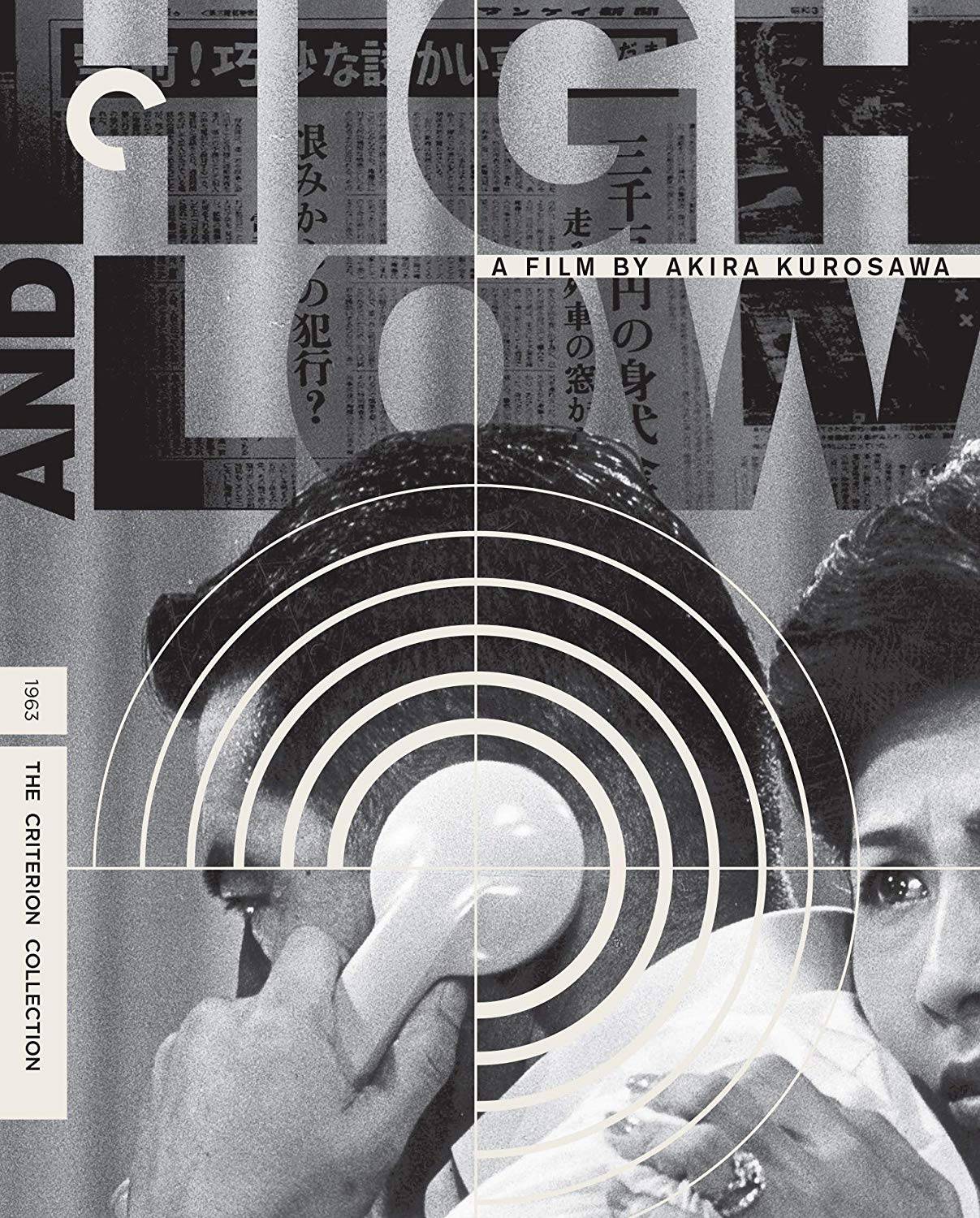 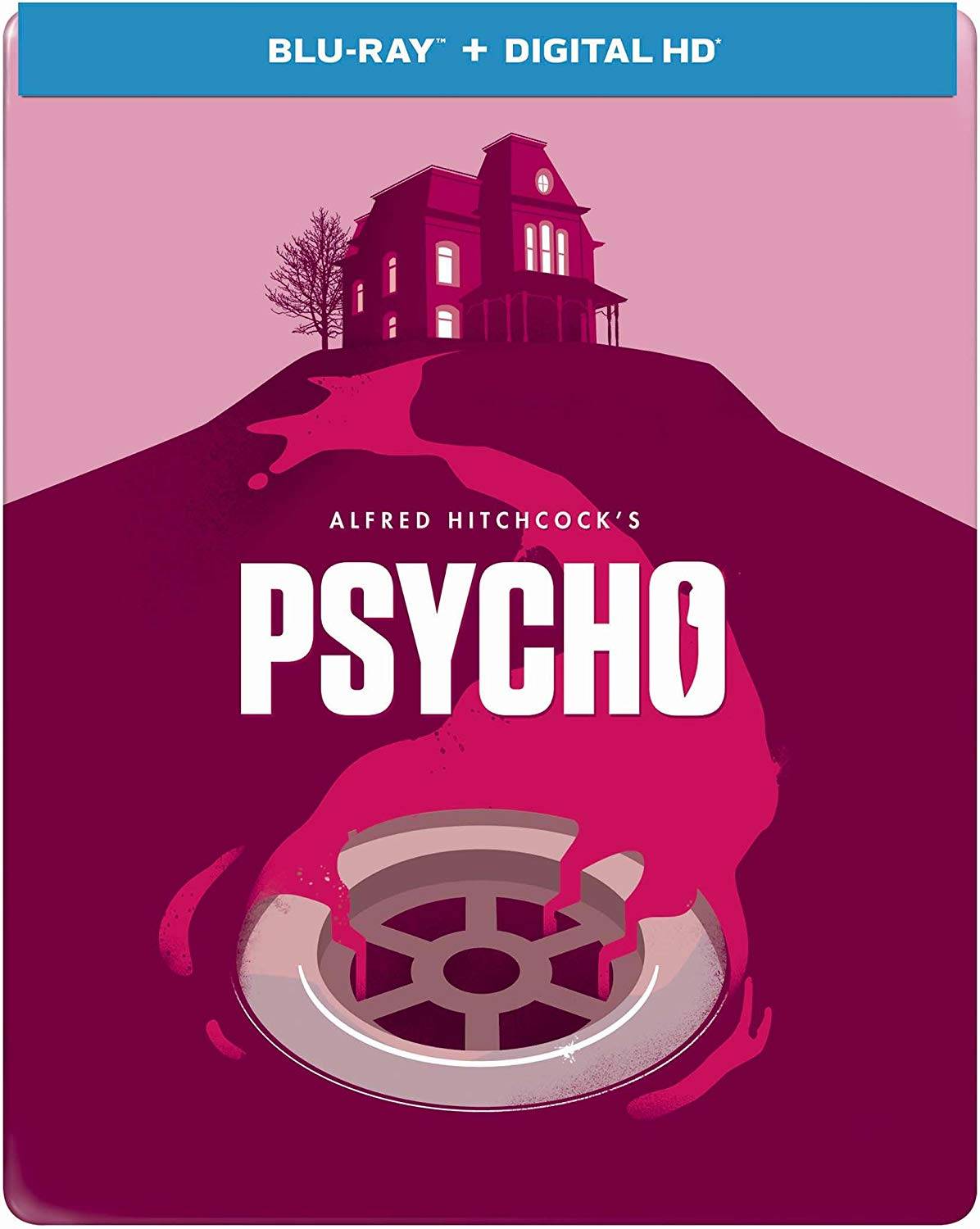 After its historic night at the Oscars, with wins for Best Picture, Director, Original Screenplay, and International Feature, the curiosity and excitement about Parasite is as strong as ever.

As of this writing, there are currently over 200 holds on Anythink’s Blu Ray and DVD copies of the film.

I would hazard a guess that many of you on the hold list haven’t seen the film and want to know what all the fuss is about. But I know there are also people waiting to see the film again. It’s the kind of film made for rewatching, with its twisty plot, charismatic and heartbreaking performances, intricate filmmaking, and provocative themes. I can’t wait to see it again myself.

But what should you watch in the meantime, as you wait for your copy to come in on hold? This is something I’ve been pondering the last couple weeks, and I’ve come up with a few recommendations that should satisfy, whether you’re waiting to see the film for the first time or can’t wait to rewatch it.

The obvious place to start is with writer-director Bong Joon-ho’s earlier filmography. Director Bong’s previous films run the gamut in terms of genre, from the atmospheric mysteries Memories of Murder and Mother, to the monster movie The Host. Although, it’s a far cry from Parasite in terms of genre and tone, I would recommend Bong’s 2013 film Snowpiercer.

That film thrusts us into an apocalyptic landscape of wintry terror as humanity’s last survivors struggle under oppressive conditions aboard a massive train powered by a perpetual motion machine.

Like Parasite, Snowpiercer explores class dynamics, though in an even more overtly symbolic manner than Parasite. In the film, all of humanity’s poor are at the back of the train; the further you progress toward the engine, the better the accommodations. The back of the train is cramped, dirty, dark, grungy; a dizzying, jolting slum on wheels. The middle- and upper-class cars, on the other hand, contain well-lit classrooms, a massive aquarium that arches overhead and even a sushi bar.

Snowpiercer is thematically rich, but it’s also a fun (and occasionally quite violent) action film, as the train’s poorer denizens, led by a reluctant hero named Curtis (Chris Evans) fight their way to the front of the train. We also get some of Director Bong’s wonderfully loopy humor, courtesy Tilda Swinton’s character, the train’s second-in-command who eventually becomes a hostage.

Though perhaps not as elegant as Parasite, Snowpiercer showcases Bong Joon-ho’s unique style and all-too-rare craft at combining an entertaining story with big ideas.

In an interview with fellow amazing director Edgar Wright, Bong Joon-ho discussed his cinematic inspirations for Parasite and mentioned one of my all-time favorites: Akira Kurosawa’s High and Low.

I’ve written about High and Low on this blog before, focusing specifically on that film’s visceral ability to evoke the weather of a hot and sultry summer day. But there are a multitude of reasons to recommend this film, not the least of which are the ways it balances a gripping story with trenchant commentary about the class system.

The film begins with an irresistible premise that morphs into a fascinating moral quandary. Frequent Kurosawa collaborator Toshiro Mufine stars as Kingo Gondo, the executive at a shoe company who has just leveraged all his finances into gaining control of the company. No sooner has Gondo’s plan come to fruition than he is informed that a kidnapper has his son and wants a king’s ransom in return. Except a few moments later, Gondo’s son walks through the front door. It turns out the kidnapper has mistakenly abducted the son of Gondo’s chauffeur.

For his own son Gondo would gladly pay the kidnapper’s exorbitant ransom; but what does he owe the son of a chauffeur? If he pays the kidnapper, all he’s worked for at his company will be for naught. What is the value of one child’s life verses another’s? What is our responsibility to those who do not share our blood and class?

High and Low wrestles with these insuperable questions at the same time it tells an engrossing story that is equal parts Hitchockian thriller, police procedural, and character study. The echoes and rhymes with Parasite are numerous, including Gondo’s palatial and modernistic home, which sits atop a hill that literally looms over the city’s poorer neighborhoods. And, like Parasite, High and Low makes you feel empathy for all the characters. The only villain in either film is the class system.

Although Alfred Hitchock’s horror classic wouldn’t, at first blush, seem to have much in common with Parasite, there are plenty of similarities that make viewing both films in tandem a rewarding experience. Aside from being one of Director Bong’s favorite films, Psycho shares key structural similarities with Parasite.

One of the most thrilling aspects of Parasite is how the entire axis of the film shifts a little more than halfway through. We think we know where the story is going, but we actually don’t have a clue. This kind of radical twist wasn’t pioneered exclusively by Hitchcock, but Psycho is surely one of the most notable examples of how a twist can reconfigure a film.

Psycho sets up Janet Leigh’s character Marion Crane as our morally dubious protagonist. One day, out of the clear blue sky, she takes off with $40,000 that belongs to the company where she works, in the hopes that these funds can help her and her debt-ridden boyfriend start anew and get married (come to think of it, I guess there are some class dynamics at work in Psycho’s plot). Crane stops for the night at the isolated Bates Motel, which is presided over by an imposing and foreboding house where the hotel’s proprietor Norman (Anthony Perkins) lives with his controlling mother.

First-time viewers of Psycho who have managed to remain ignorant of its twists can be forgiven for thinking this little interlude at the Bates Motel is just that: an interlude in the main action as Marion evades the authorities. Instead (spoiler alert) Marion never leaves the Bates Motel.

How shocking this twist must have been in 1960! We think Marion will be our protagonist through the whole film; instead, less than an hour in, she’s dead and the film shifts to focus on Norman’s plight as he cleans up his “mother’s” mess and the investigation into Marion’s disappearance.

As with Parasite and High and Low, Psycho also makes us care about characters whose actions aren’t always ethical. The way Hitchcock modulates our sympathies from Marion to Norman, and then from Norman to Marion’s boyfriend and sister, is masterful. One oft-referenced scene features Norman’s attempts to dispose of Marion’s body, and it’s with some shock we realize we are more concerned with Norman’s success in this grisly task than we are with Marion’s death. Long before Walter White and Tony Soprano, Hitchock had us rooting for morally ambiguous characters.

Aside from structure, perhaps the most compelling similarity between Parasite and Psycho is the confidence and sheer élan of the direction. The way Hitchcock manipulates not just our sympathies but our attention through masterful cinematography and editing is nearly unparalleled. Bong Joon-ho is equally adept at matching form to function, using the camera to tell the story as much as the actors or the script. Whether it’s the way he blocks the action among the actors, or uses a montage to both advance the plot and get us caught up in one of the film’s great cons, Director Bong, like Hitchcock and Kurosawa before him, knows how to use the tools of filmmaking to tell an involving story.

It should be said that while Parasite shares similarities to all these films, it is also indelible; a unique and striking creation all its own. But film, like any artistic medium, is a conversation, and these films, whether you watch them before or after seeing Parasite, illustrate how different directors and countries tell similar kinds of stories. I hope you enjoy them all.