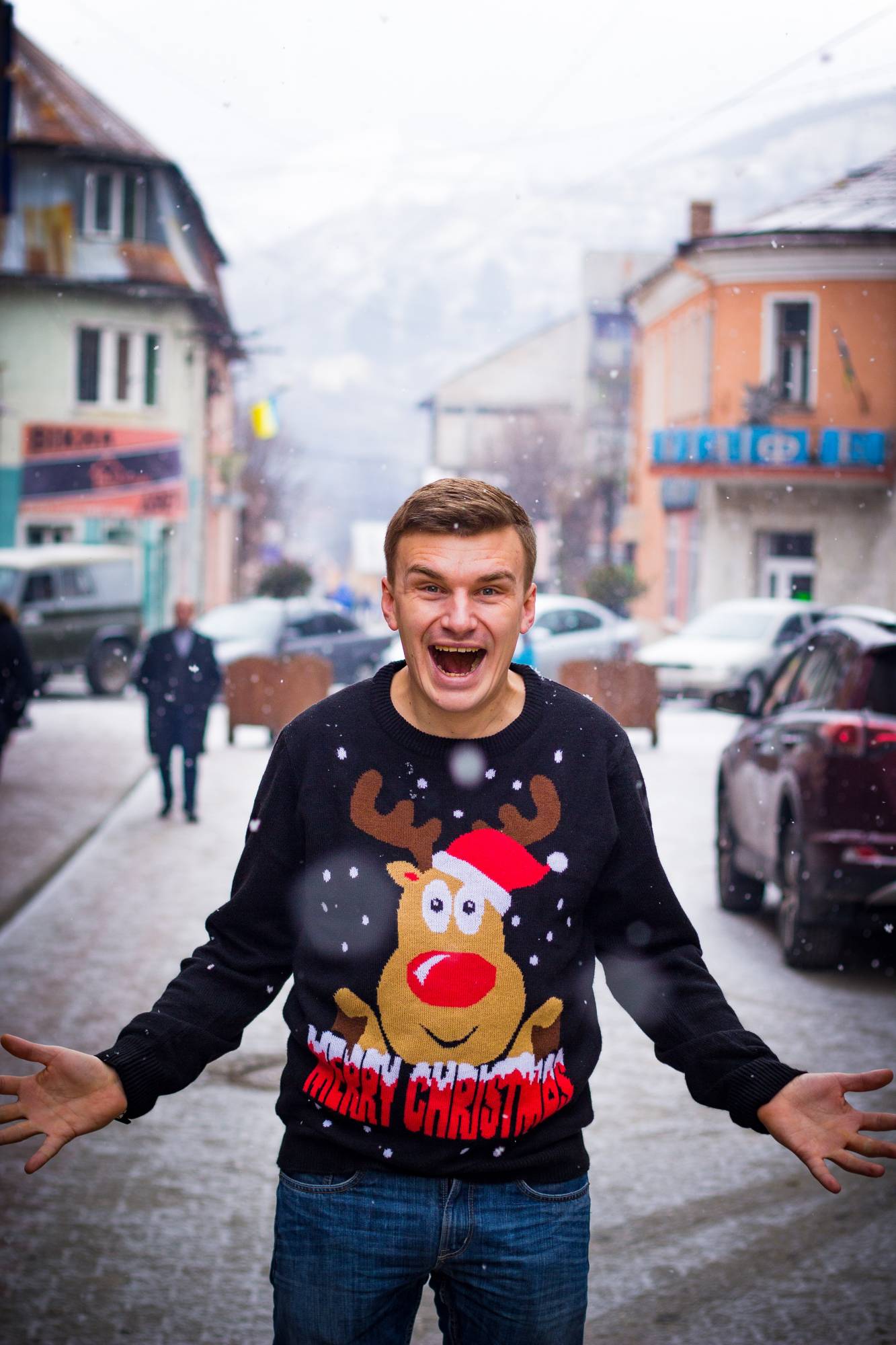 You see them at parties. You see them in pictures. You see them on Christmas cards. Suddenly, they are everywhere and yet most of the year they are nowhere, buried in the back of the closet until they burst out in glorious tackiness.

They are garish. They are loud. They hurt your eyes. They are ugly Christmas sweaters.

No one really knows who invented the first ugly Christmas sweater. In fact, it’s probably safe to assume that ugly sweaters were once designed with the intention of being fashionable. Somewhere, at some time, fashion designers decided more is more and these sweaters were born in love – to be worn on purpose.  Our fashion has changed, and sweaters that were once acceptable became ugly and then ugly became popular once more. Fashion is cyclical, after all.

It was the 1950s was when the Christmas holiday sweater became commercialized. They were originally called "jingle bell sweaters," and they were modestly popular with dads of that generation, though they still weren’t what you would call popular. It wasn’t until the 80s that the Christmas sweater gained huge popularity. The 80s was their second birth, their true arrival – it was a generation made for them. They were often seen on popular comedies in that time, and included The Cosby Show, The Huxtables, Saved by the Bell and others. The longevity of these shows and the sweaters worn in them are a testament to how frequently these sweaters were worn. The ugly Christmas sweater is also featured in a main part of National Lampoon’s Christmas Vacation, a Christmas classic that is adored and re-watched every year by millions. A young Chevy Chase made the sweater look good and the masses followed his lead. Since the film’s release, we see the Griswold family donning their sweater every year on numerous cable channels, sometimes 24 hours a day. One can just imagine our parents, dancing to Elton John, holding a martini and rocking a Christmas sweater totally unironically.

Through the 90s, ugly sweaters disappeared for a while, replaced by other ugly fashion (hi, overalls, I miss you), but they would pop back up in the 2000s, when ironic fashion became a thing. Fueled by memes and their love of hilarious, social media worthy stories, millennials awesomely brought back ugly Christmas sweaters by doing something unexpected: they threw parties around them.

According to research, the first ugly Christmas sweater party started in Vancouver, British Columbia, where two men claim that they threw the first party. The creators said that they wanted to organize “a cheesy, feel good, festive party” and included the sweaters as a part of that. While they knew it was tongue-in-cheek, word about the party got out and overnight it became a thing.

Suddenly, millennials were digging through their parent’s closets, hoping desperately to find a color-heavy knit with a Frosty the Snowman face and real jingle bells attached. It turned into a cultural phenomenon, fueled by nostalgia for a better, more whimsical time.  They showed up in movies (Bridget Jones's Diary), on TV shows (Modern Family, The Mindy Project, Community) and all over social media. Fandom collided with the sweaters, and now you can find a Christmas sweater for whatever fandom you prefer. (My husband has a Star Wars one.) They even have their own hashtag: #uglychristmassweater. Did you know that you can get any of these titles and more at Anythink?

So this holiday season, whatever you are celebrating, make sure you grab one of these tacky, nostalgic, beautiful-in-its-own-way sweaters.