Submitted by Jeffrey Schwartz on May 16 2018 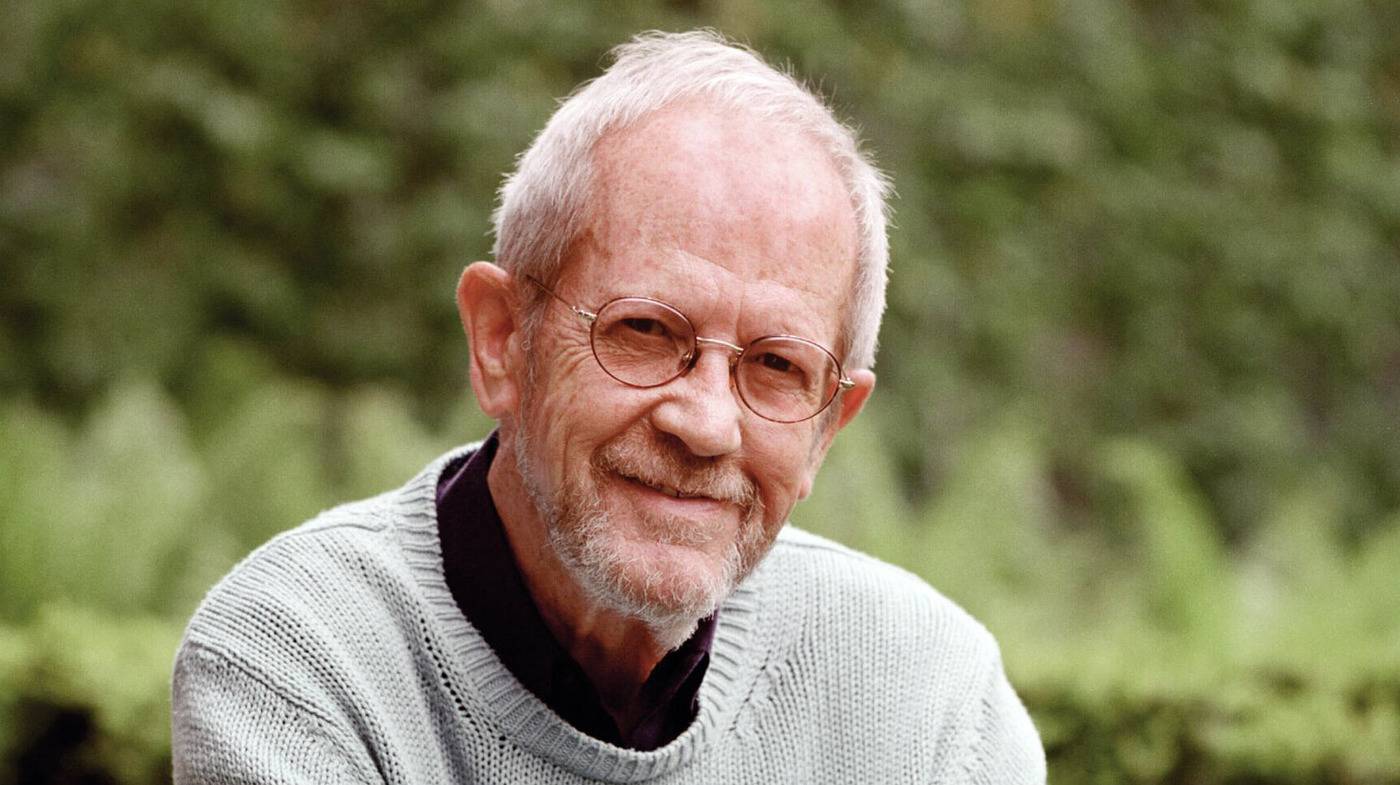 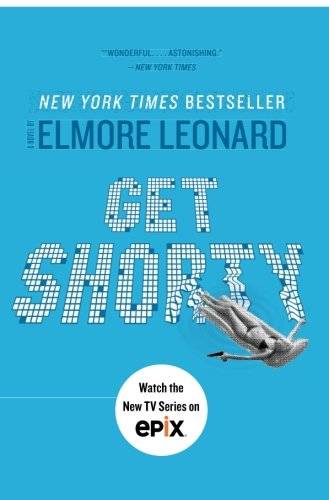 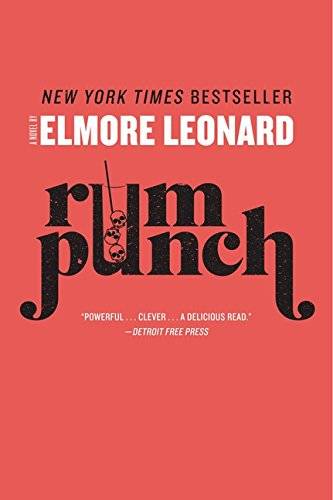 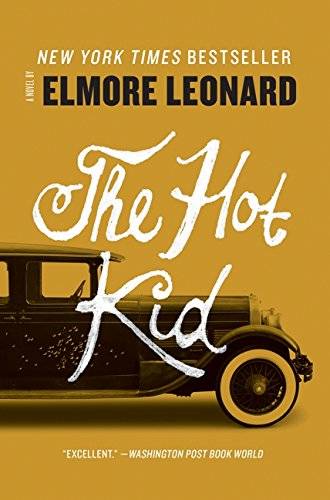 As the seasons change, so do my reading habits. Dickens is for the winter, and not just because of A Christmas Carol; something about his sprawling, tragicomic Victorian sagas feels uniquely suited to wintertime reading, preferably accompanied by a hot cup of tea. By contrast, I gravitate toward Ray Bradbury during the autumn (he wrote a book called The October Country, for goodness’ sake!). Bradbury’s lyrical, haunting tales of deadly holographic playrooms, Martian idylls and fastidious murderers, are best enjoyed as the leaves wither and you feel a chill nipping at your neck.

Summers, though, belong to Elmore Leonard.

Author of Get Shorty, Out of Sight and 43 other novels, Leonard had the muscular prose eloquence of Hemingway, a keen eye for the absurd, not to mention one of the greatest ears for dialogue in the history of American literature.

Leonard wrote westerns and crime stories, but he put his stamp on these well-worn genres. In the words of Poet Laureate and Leonard-admirer Robert Pinsky, Leonard’s novels are about the “varying degrees of truth and baloney in human relationships,” and ask tough questions about the capacity to change and trust. Leonard’s novels are fun, but they’re good, too.

I became aware of Elmore Leonard not long after Quentin Tarantino adapted Leonard’s novel Rum Punch into the fantastic film Jackie Brown. I recall reading Rum Punch – after checking it out at my local library, as it happens – and enjoying it, but not necessarily feeling compelled to investigate Leonard’s back-catalog. I was probably a bit young for Leonard, not yet able to appreciate the subtlety of his style. Years later, I emailed an old teacher and asked if he had any summertime reading recommendations, and he pointed me toward Get Shorty, one of Leonard’s most popular and acclaimed novels. I devoured Get Shorty that summer, and there’s hardly been a summer since where I haven’t spent some time with Elmore Leonard.

Leonard’s strengths as a writer are also what make him such a pleasure to read during the summertime. His novels are fast-paced, punchy reads, rarely over 300 pages. When you flip through his books you see a lot of white space because the engine that drives his stories is dialogue. These are talky books, in the best possible way.

Nothing grates like a writer with a tin ear; it’s like listening to an instrument out of tune. But Leonard had the literary equivalent of perfect pitch, able to enliven drug dealers, U.S. marshals, charming bank robbers, bored housewives, Wall Street playboys, arms smugglers and Hollywood actors with distinctive, captivating voices.

Here’s Dale Crowe, Jr., a repeat offender trying to ingratiate himself with Raylan Givens, the U.S. Marshal who’s transporting him to prison, in Riding the Rap:

“I had a caddy myself one time, till I sold it for parts and went to work at Disney’s. You know what I tried out for? Play Goofy. Mickey Mouse’s friend? Only you had to water-ski and I couldn’t get the hang of it. Sir, I like to mention that these three years since I took off? I been clean. I never even left the state of Florida all that time, not wanting to be too far away from my folks, my old mom and dad, except I never did get to see them.”

And here’s George Moran, a motel owner, talking with a smart-alecky customer, in Cat Chaser:

“It doesn’t bother you,” Nolen Tyner said, “you call this place the Coconut Palms there isn’t a single palm tree out there? Isn’t that false advertising?”

“The high rise on the south side of us, nine stories, is called called the Nautilus,” Moran said, “but I don’t think it’s a submarine. The one on the other side, it’s ten stories, is the Aurora. Tell me if you think it looks like a radiant glow in the upper atmosphere. That’ll be thirty dollars. You’re in Number Five, right next to the office.”

Ultimately, these are character-driven novels. There’s always a plot – usually revolving around a stash of misbegotten money – and while Leonard is more than capable of generating suspense and threading together the various strands of his narratives, the pleasure of his novels is getting to hang out with his characters. And the reason we feel like we’re hanging out with his characters is the quality of his dialogue; it’s as though we’re right next to them in the story, eavesdropping on their conversations.

What I look forward to most, though, about picking up a novel or three by Elmore Leonard during the summertime is his voice. Leonard claimed he didn’t have a voice as a writer, that he told his stories from the perspectives of his characters. This is true, in a way, but it also doesn’t paint the full picture. His novels may be narrated from the points of view of his characters, but voice of his novels – the sound, as Leonard was fond of saying – is all him.

Just take a look at the opening scene from The Hot Kid:

Carlos Webster was fifteen the day he witnessed the robbery and killing at Deering’s drugstore. This was in the fall of 1921 in Okmulgee, Oklahoma.

He told Bud Maddox, the Okmulgee chief of police, he had driven a load of cows up to the yard at Tulsa and by the time he got back it was dark. He said he left the truck and stock trailer across the street from Deering’s and went inside to get an ice cream cone. When he identified one of the robbers as Emmett Long, Bud Maddox said, “Son, Emmett Long robs banks, he don’t bother with drugstores no more.”

Carlos had been raised on hard work and respect for his elders. He said, “I could be wrong,” knowing he wasn’t.

There’s a personality behind these sentences: cool, direct, impatient with superfluousness but observant of details (the stock trailer parked across the street from the drugstore, the ice cream cone that brings Webster to the scene of the crime). Above all, there’s a wry, perceptive humanity, which you can hear in the sentence about how Webster was raised to respect his elders and admits he “could be wrong” even though he knows he isn’t. That’s Leonard’s sound, his voice – as bracing and welcome as a dip in the pool, or a cold drink, on a hot summer day.