Submitted by Jeffrey Schwartz on Jul 12 2016 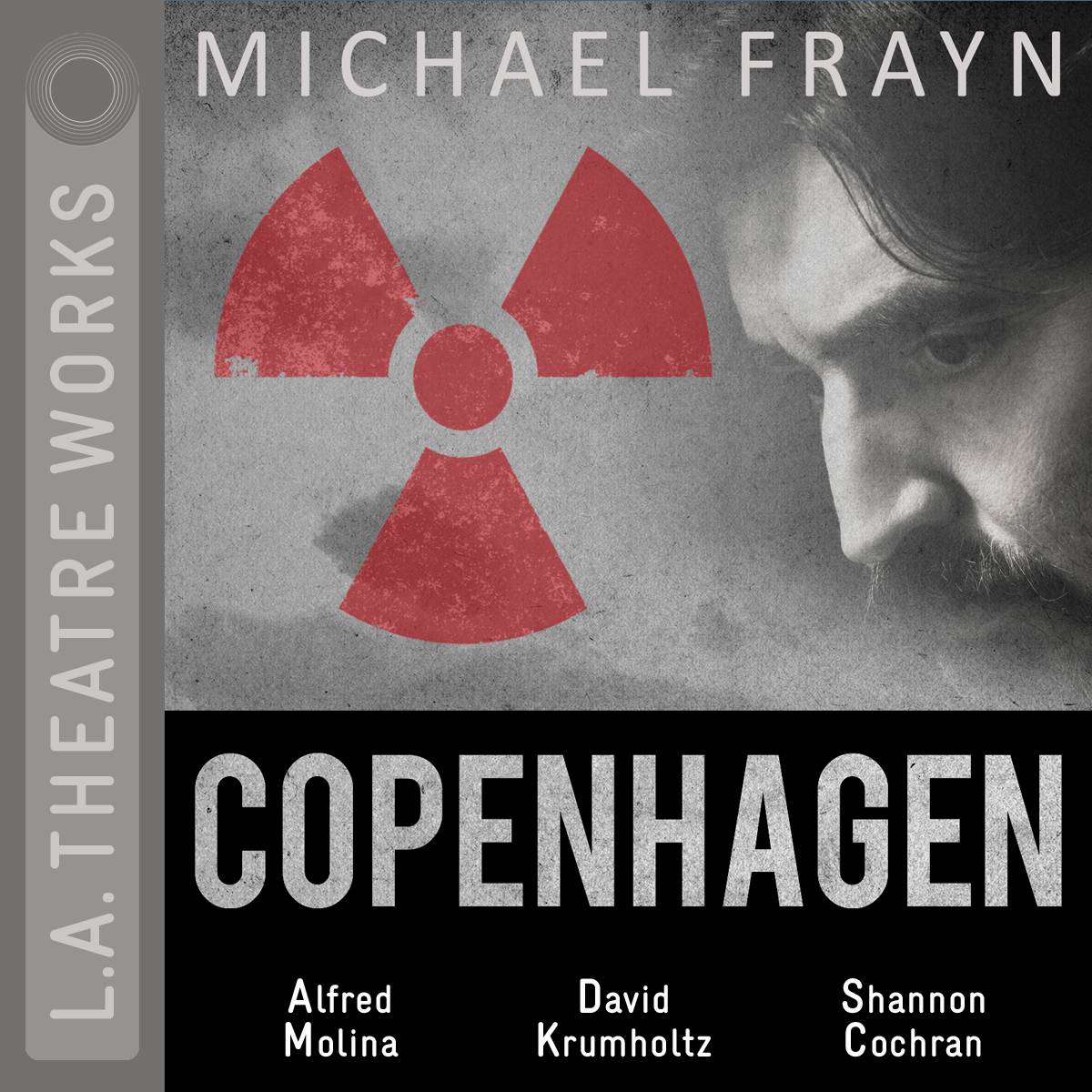 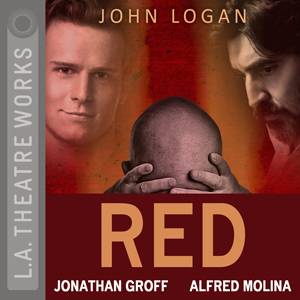 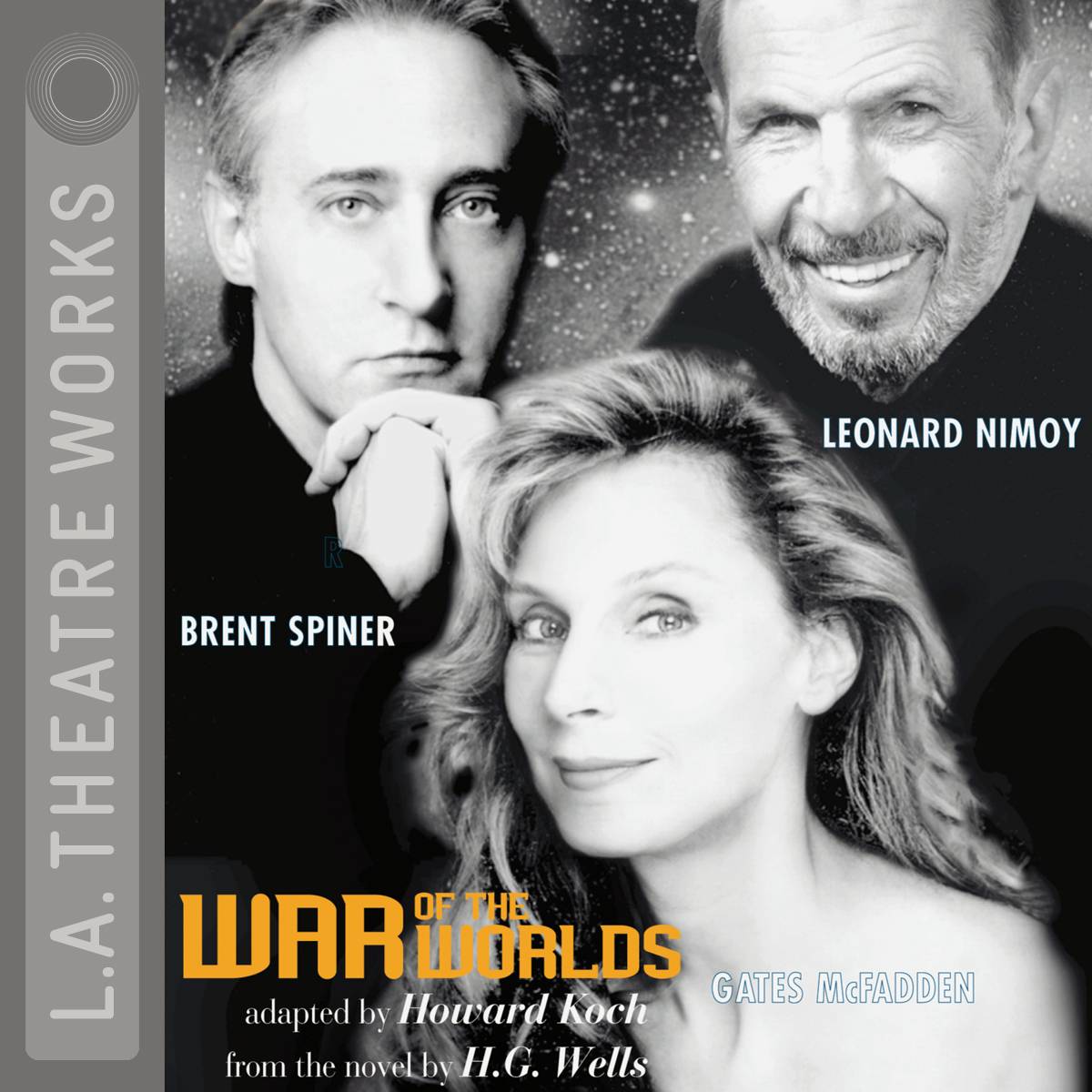 For the last 25 years, L.A. Theatre Works has been transforming stage plays into works of “audio theatre.” Accompanied by music and sound effects, actors record their parts in a studio or in front of a live audience. In effect, L.A. Theatre Works has resurrected the distinguished but relatively moribund art-form of the radio play. And because the organization is based in Los Angeles, LATW is able to recruit actors like Alfred Molina, Julie Harris, Laurence Fishburne and Neil Patrick Harris for their productions.

Now, thanks to Hoopla, a streaming media service available to all Anythink customers, you can enjoy these immersive, highly entertaining works of theatre from the comfort of your home. (And if you’ve never used Hoopla before, check out this post for an introduction and recommendations.)

Since discovering LATW on Hoopla, I’ve been especially intrigued by the array of science-themed plays in their Relativity Series. Of these plays, one in particular stands out: Copenhagen by Michael Frayn, winner of the Tony Award for Best Play (2000).

Copenhagen begins by asking what caused the falling out between Werner Heisenberg and Niels Bohr during their infamous 1941 meeting in Copenhagen. These two distinguished physicists had been friends and colleagues for years, yet barely spoke to one another after 1941. Subsequent interviews and accounts failed to shed light on the matter since neither man could agree on what had been said. Copenhagen picks up where the history leaves off, imagining the men as spirits, meditating over the ashes of the past.

If you’ve never heard about this fateful meeting (as I hadn’t), the premise of the play may not sound very exciting. But as the story unfolds, we learn that the question at the heart of the play encompasses a dizzying multitude of issues, including the genesis of the atomic bomb, the German nuclear program during WWII, the scientific and moral implications of Heisenberg’s famous Uncertainty Principle and, above all, the mysteries of the human heart.

Featuring riveting performances by Alfred Molina as Bohr, Shannon Cochran as his wife Maragrethe and David Krumholtz as Heisenberg, Copenhagen is an unforgettable theatrical experience and a great introduction to L.A. Theatre Works.

Alfred Molina headlines another stellar production from LATW: John Logan’s Red, which invents a fictional relationship between the artist Mark Rothko (Molina) and a young assistant (Jonathan Groff of Hamilton) to explore dichotomies of commercialism and artistic purity, intellectualism and passion, and, of course, life and death. Like Copenhagen, Red is cerebral and allusive, but you don’t have to be an art history major to appreciate its performances or themes.

The play begins in the late ’50s as Rothko is commissioned paint a series of murals for the opening of the Four Seasons Restaurant in Manhattan. Rothko hires Ken, an aspiring artist, to do the grunt work of mixing paint and preparing canvases. But Rothko is no typical boss and soon he’s asking Ken to evaluate his work – and then promptly telling him why he’s wrong.

Rothko is a cyclonic personality; a roaring, raging, perspicacious know-it-all who speaks in paragraphs of learned bluster. By contrast, Ken is private, unassuming, observant; a lightning-bug to Rothko’s lightning, to steal a phrase from Mark Twain. The frisson between these two propels the play forward at a fleet pace, even if the subjects under discussion are rather hefty.

As with all good drama, there are twists and turns, and Ken in particular is revealed to be more than he seems, but what makes Red so compelling – and in this context, so darn listenable – is the rapport between Molina and Groff. Long after the details of their conversations about Nietzsche and Pollack have started to fade, I’m still thinking about the catch in Molina’s voice during the play’s final, wistful scene.

Lest you think that L.A. Theatre Works stages nothing but highfalutin dramas about nuclear physicists and abstract artists, let me close things by recommending, in the words of Monty Python, something completely different. Drawing inspiration from the radio dramas of the ’30s and ’40s, LATW’s production of War of the Worlds: Invasion from Mars blends campy homage and political allegory to tell the story of a Martian invasion fleet terrorizing the eastern seaboard of the United States. The play also effectively doubles as a Star Trek reunion, with Leonard Nimoy, Gates McFadden and Brent Spiner all taking on prominent roles.

Framed as a radio broadcast, War of the Worlds incorporates weather reports, musical performances and a series of special bulletins that chart the arrival of the Martian invasion fleet. Soon Martian tripods are galumphing around the countryside, their heat rays incinerating anything or anyone who happens to get in their way.

Occasionally War of the Worlds tries to accommodate too many clashing tones, and at the halfway mark the play drops the pretense of being a radio drama, transitioning awkwardly to a scene where Nimoy plays a shell-shocked survivor of the invasion who encounters another survivor played by Spiner. The scene works marvelously as both horror and political allegory; it’s just a little strange that a play that began as a radio broadcast ends as a two-hander.

Despite these flaws War of the Worlds is a worthwhile listen, with Nimoy in particular exceling in a number of roles. And if you stick around after the performance, there is an interview with Nimoy in which he discusses everything from his association with War of the Worlds, his thoughts on science fiction (including a little show he used to be on back in the ’60s) and his other artistic projects. Listening to this just a little over a year after Nimoy’s death was a poignant reminder of his versatility, his generosity and his humor. Nimoy was one of a kind and, if nothing else, War of the Worlds is a fitting tribute to his many talents.