Playground for the Senses - SXSWi 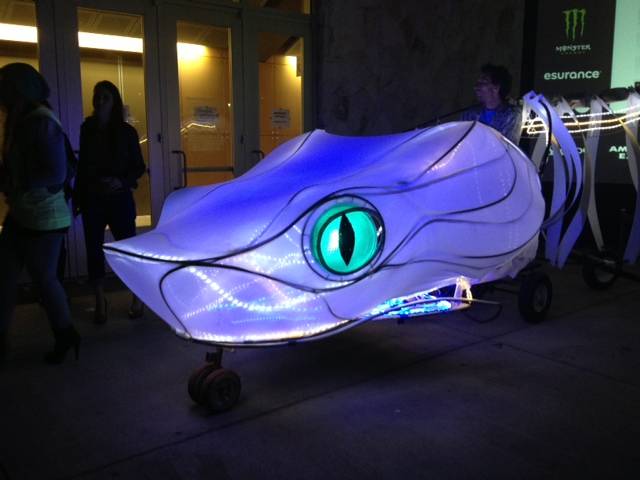 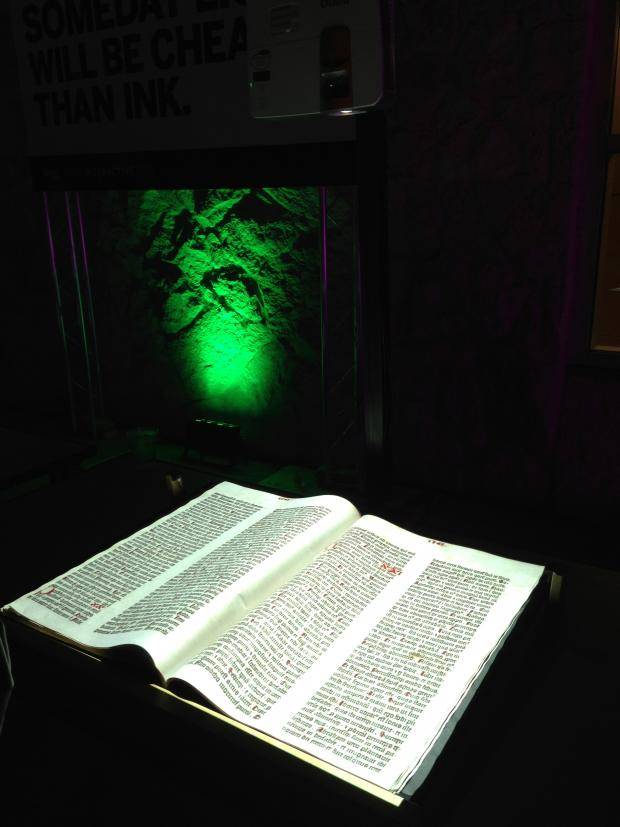 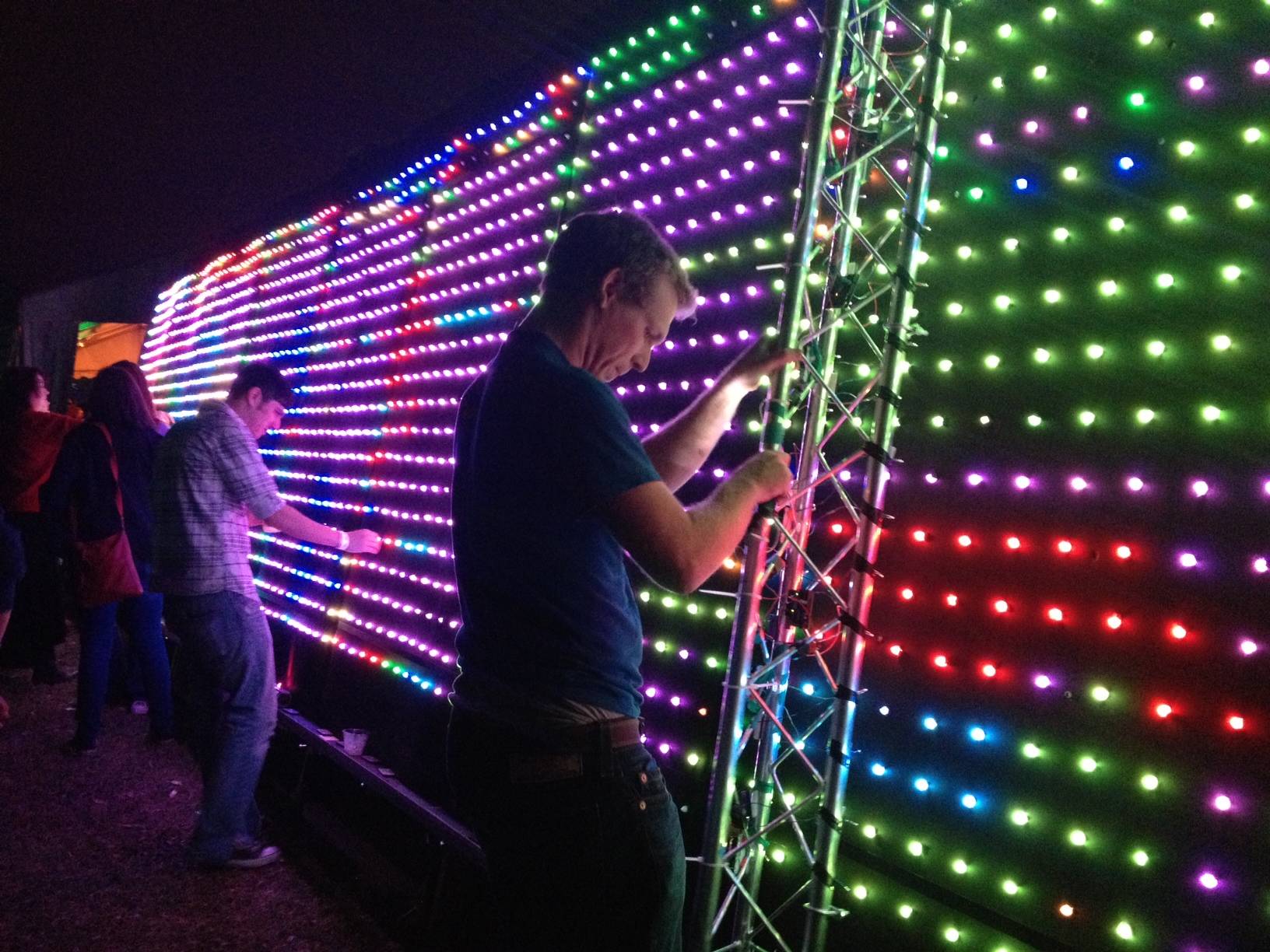 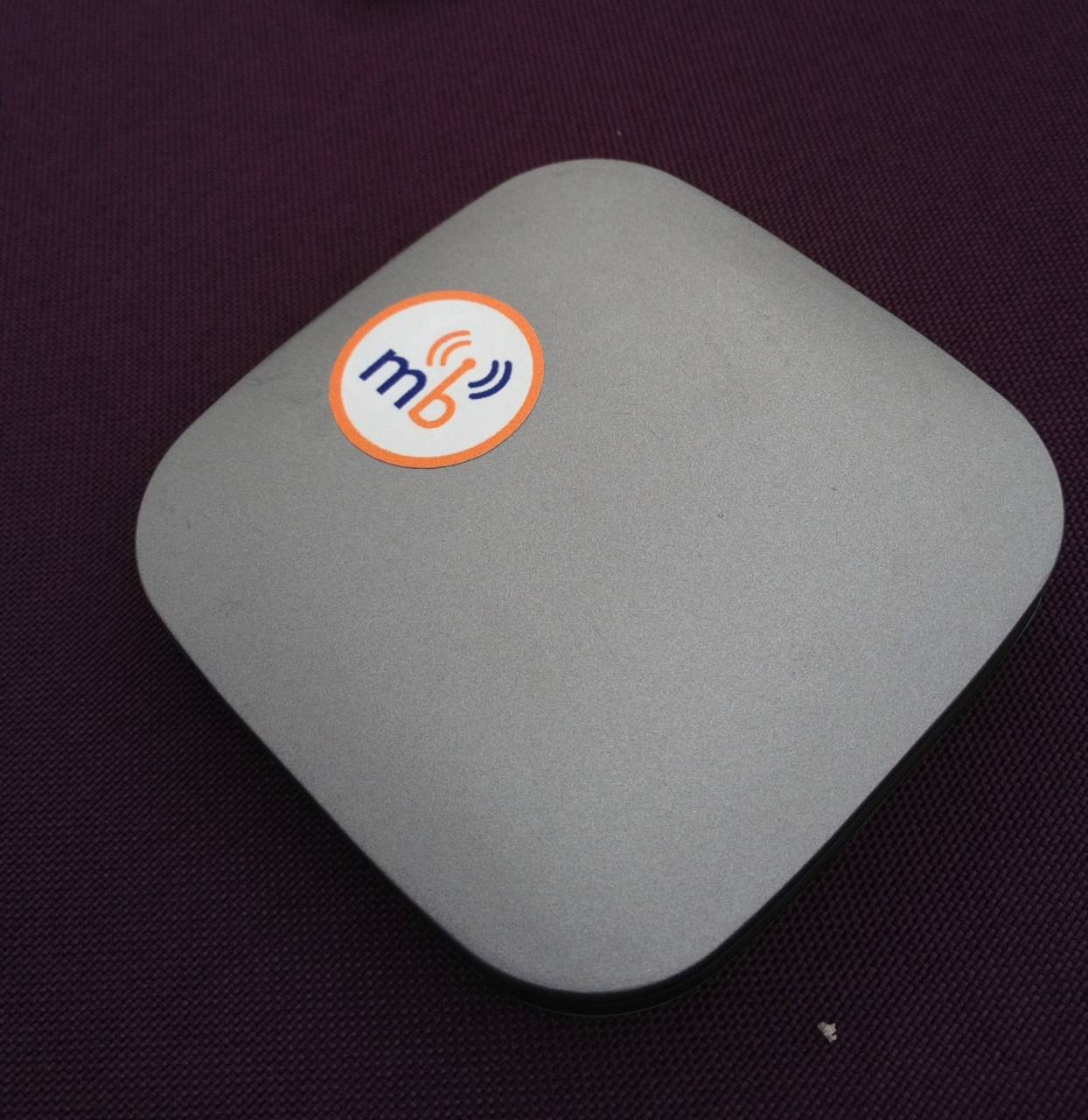 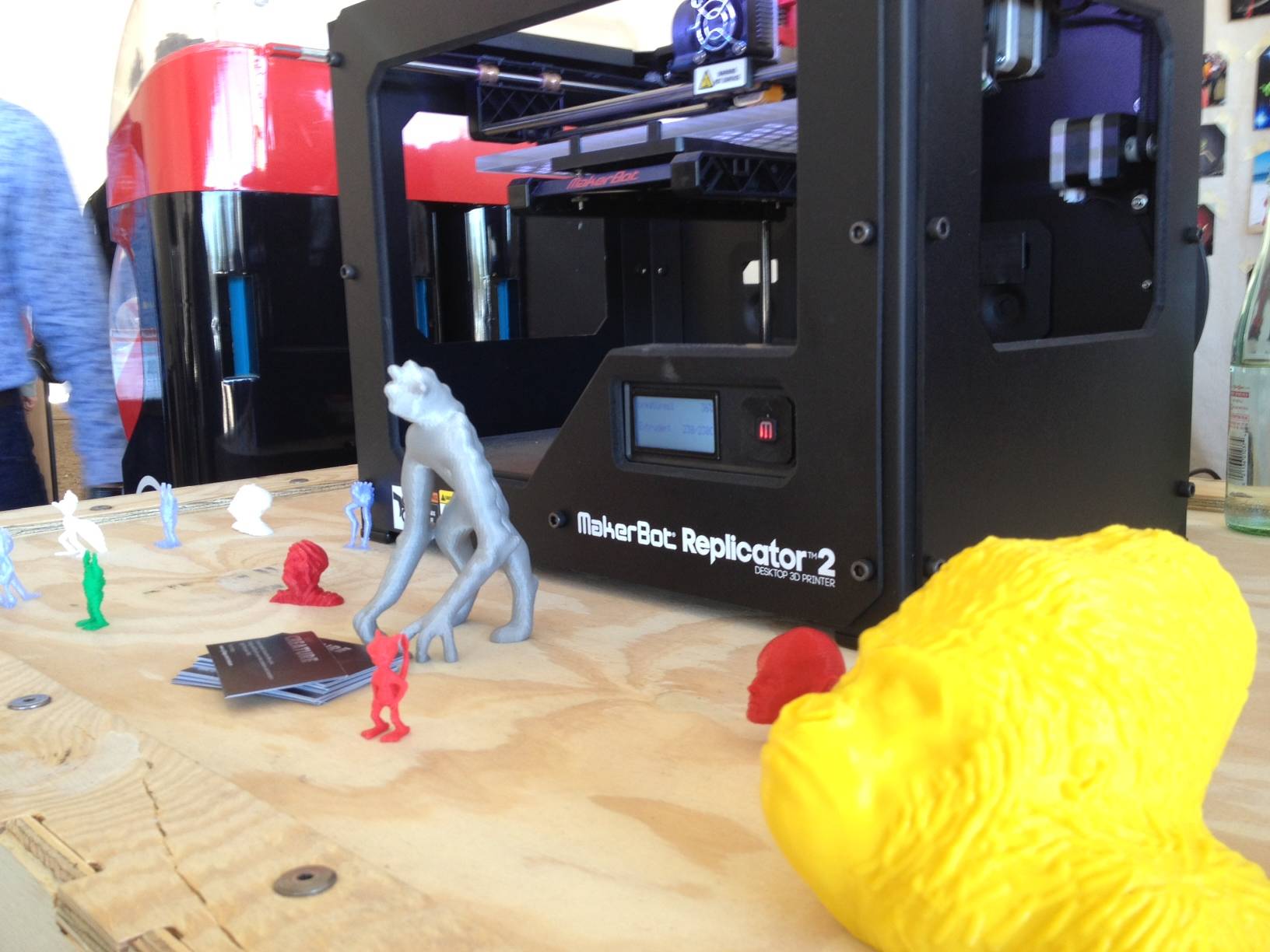 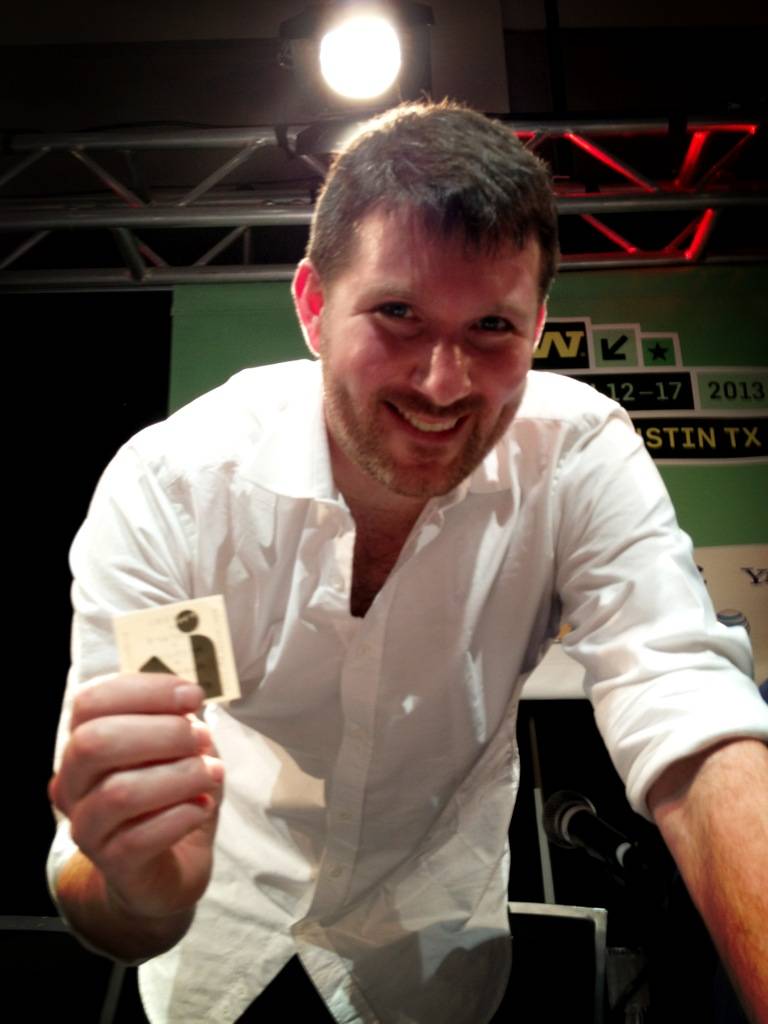 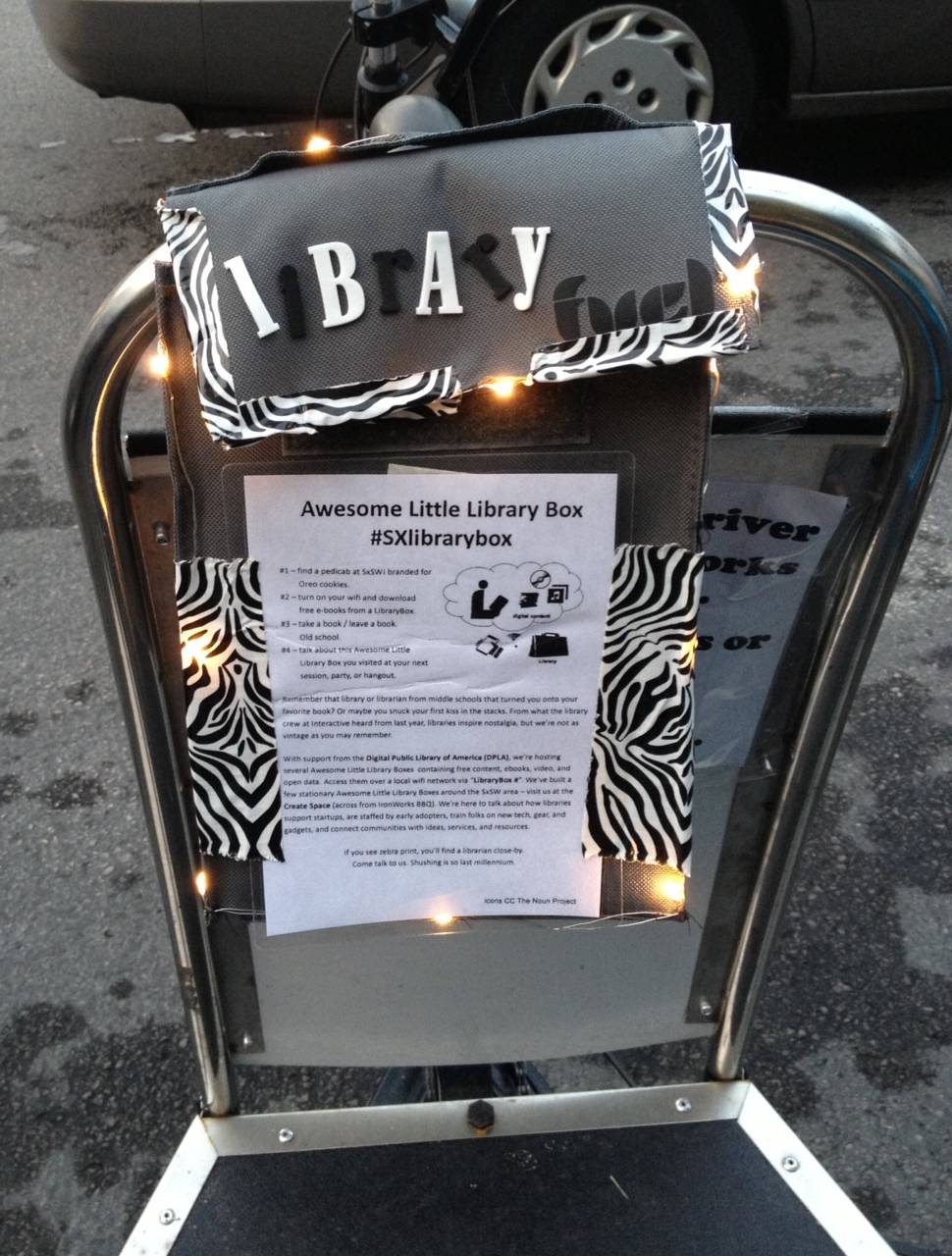 In the airport heading back from Austin, there are remnants of the week's conference scattered throughout the gate. Gadgets out everywhere, users looking a little haggard from the week's festivities, vendor T-shirts collected from the thousands represented in the exhibit hall, and conversations buzzing with new ideas, new connections.

At South by Southwest Interactive – the larger-than-life tech conference held annually in Austin – it's all about connections. Connecting with potential clients and partners, connecting with technology, and connecting with ideas to take home, mull over and put into action. It's no surprise that start-ups like Twitter and Foursquare were launched there.

Here at Anythink, we believe anything is possible. This never seemed more true than witnessing all of the ideas coming out of SXSWi. Here's an overview of some of my favorites.

It was clear last week that a new medium reigns supreme in the interactive arts. At the Frog Design SXSW Interactive kickoff party, guests were treated to a playground of light and sound. From crowd-sourced DJing to a human powered "snake bike," it was hard not to want to jump right in and experience it all.

In one area, projectors and sensors were used to create "light books." The projectors shined images from a book – in one case the Gutenberg Bible – to project text onto large-format pages. As you turned the page, sensors would indicate to the projector that it was time to pull up the next page. These books aren't the kind that you could snuggle up with on the couch, but as an interactive display of community stories or scrapbooks, this could be a great art piece.

Flashing back to my youth, it was hard not to notice the massive Lite-Brite style installation. This 8-by-32-foot wall was covered in LED lights that would change colors when touched with a wireless brush. Guests stood captivated in front of it, making the colors change.

Here's a great blog post covering some of the other interactive experiences at the opening shindig.

One of the many great encounters last week was with Katherine Messier, managing director of Mobile Beacon, a non-profit education broadband service based out of Rhode Island that helps provide affordable Internet access to non-profits across the country. What really piqued my interest was the small and highly portable mobile hotspot that Katherine brought along. These compact-sized devices provide wi-fi for up to eight devices anywhere in their 4G coverage area. Schools, nonprofits and government entities are making these handy devices available for checkout to get Internet to those who wouldn't otherwise have access.

One of the best parts of the SXSWi experience was SXSW Create 2013, where innovators from Makerbot, AutoDesk, Texas Instruments, The Awesome Foundation and the MIT Media Lab, among others, shared tools that support creativity. This was of particular interest since much of the work we're doing at Anythink with The Studio and our ongoing programming is supporting staff and community members as content creators.

The MakerBot folks were printing creatures through Autodesk's 123D Creature app. iPads loaded with the app allowed attendees to easily design their own creatures – either from a pre-loaded design or from a spare skeleton. The iPad then sends the design to the 3D printer for printing. From imagination to iPad to 3D model, this is a great gateway for people of all ages to see what's possible with 3D printing.

Across the street, the Leap Motion team was showing off their newest innovations. Similar to Xbox's controller-free game Kinect, Leap Motion uses a small sensor (market price $79.99) for gaming and creating. It's so sensitive that even the small flick of a finger, or a chopstick, creates movement on the screen.

According to one of the Leap Motion sales reps, his favorite application of the software is a plug-in of Autodesk's 123D Sculpt app. Using your hands, you can sculpt a piece in mid-air while the design comes to life on the screen. If you have the computer hooked up to a 3D printer, you can then print what you've sculpted.

This is where the possibilities really start to open up. Imagine at Anythink Brighton – teens could use Leap Motion to design figures, print them on the 3D printer and then create a stop animation movie using the digital photography studio. Teens could then create the soundtrack for the movie using Garage Band, and the library could host a showcase of all of these amazing creations... Yep, mind just blown!

Activists, Rockstars & Startups: Building Movements was one of my favorite sessions of the week. The impressive panel of musicians and activists discussed what makes a movement take hold, how to use social media to make important messages viral, and how even a simple headline can make all the difference in impact and attention. This really hit home since we're always looking for new ways to share our story here at Anythink.

My trip to SXSWi this year was inspired by the desire to learn as much as possible from innovators in the fields of media and technology. I was also there to help spread the word about how libraries support innovation and connect people with information/technology every day. There was a small but passionate group of librarians throughout the conference coming up with simple, unique ways to get the word out about libraries. Read more about some of their initiatives here, here and here. 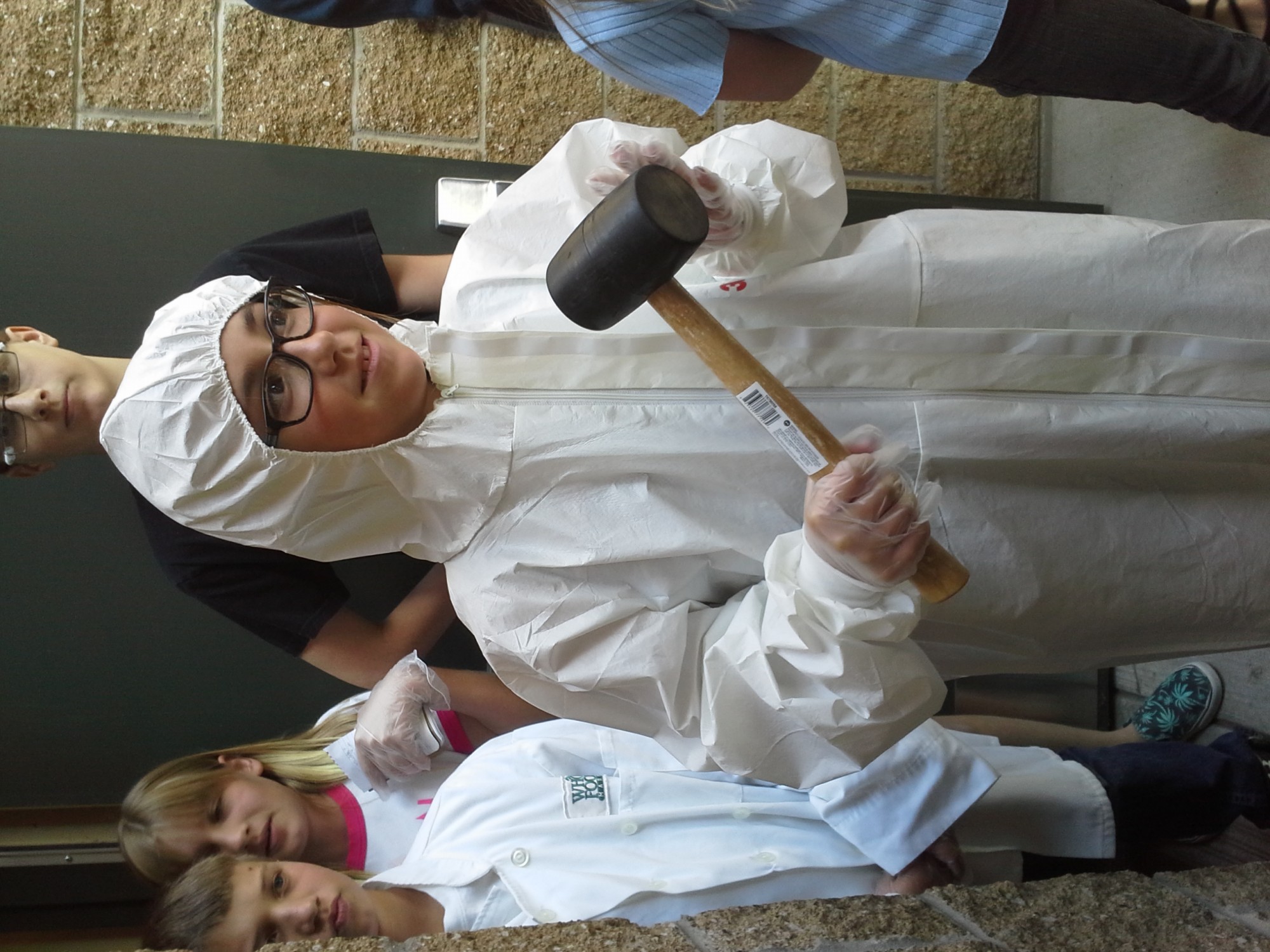 Sounds awesome! Thanks for the report.
Visit today for massive discounts on road bikes, hybrid bikes & MTB. We offer cycling accessories at low prices. <a href="http://www.goodbikegear.com/">Hybrid Bikes</a>
Wow. cool post. I’d like to write like this too – taking time and real hard work to make a great article… but I put things off too much and never seem to get started. Thanks though.Auto parts site: http://www.commonrailparts.net http://www.zjsensor.com
This gadget is really different I just amazed to see a picture of this <a href="http://assignmentman.co.uk/">http://assignmentman.co.uk/</a> gadget. Austin people are really doing the correct use of the technology. They really wanted to get a lot of benefit from the technology but in so many other countries to afford this technology is still too expensive.