Submitted by Jeffrey Schwartz on Aug 20 2016 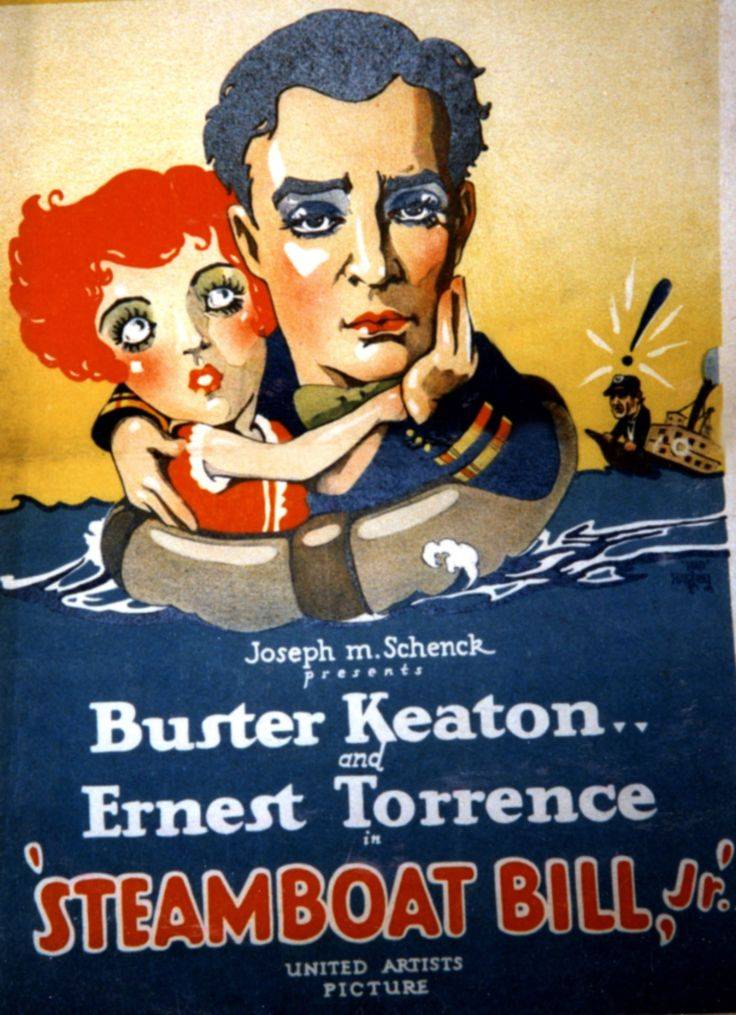 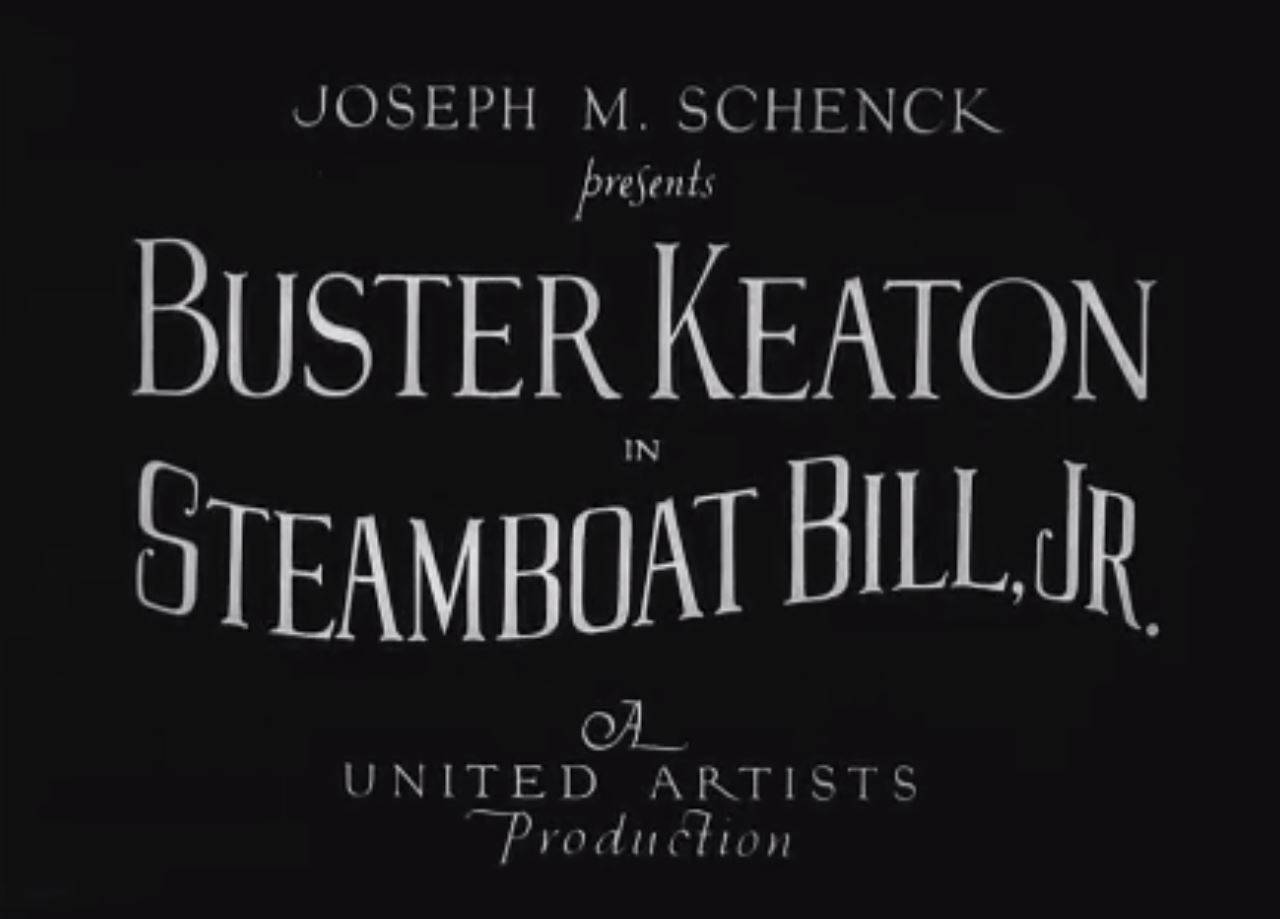 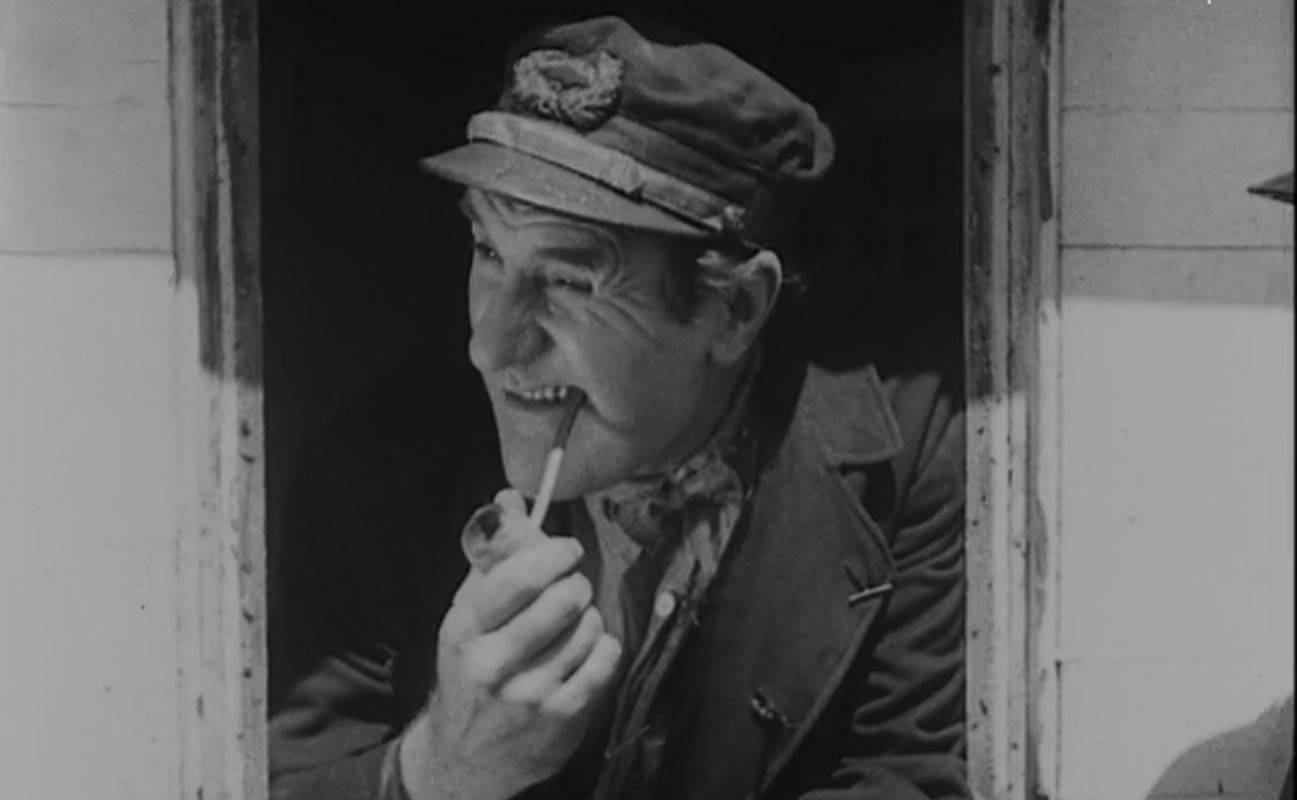 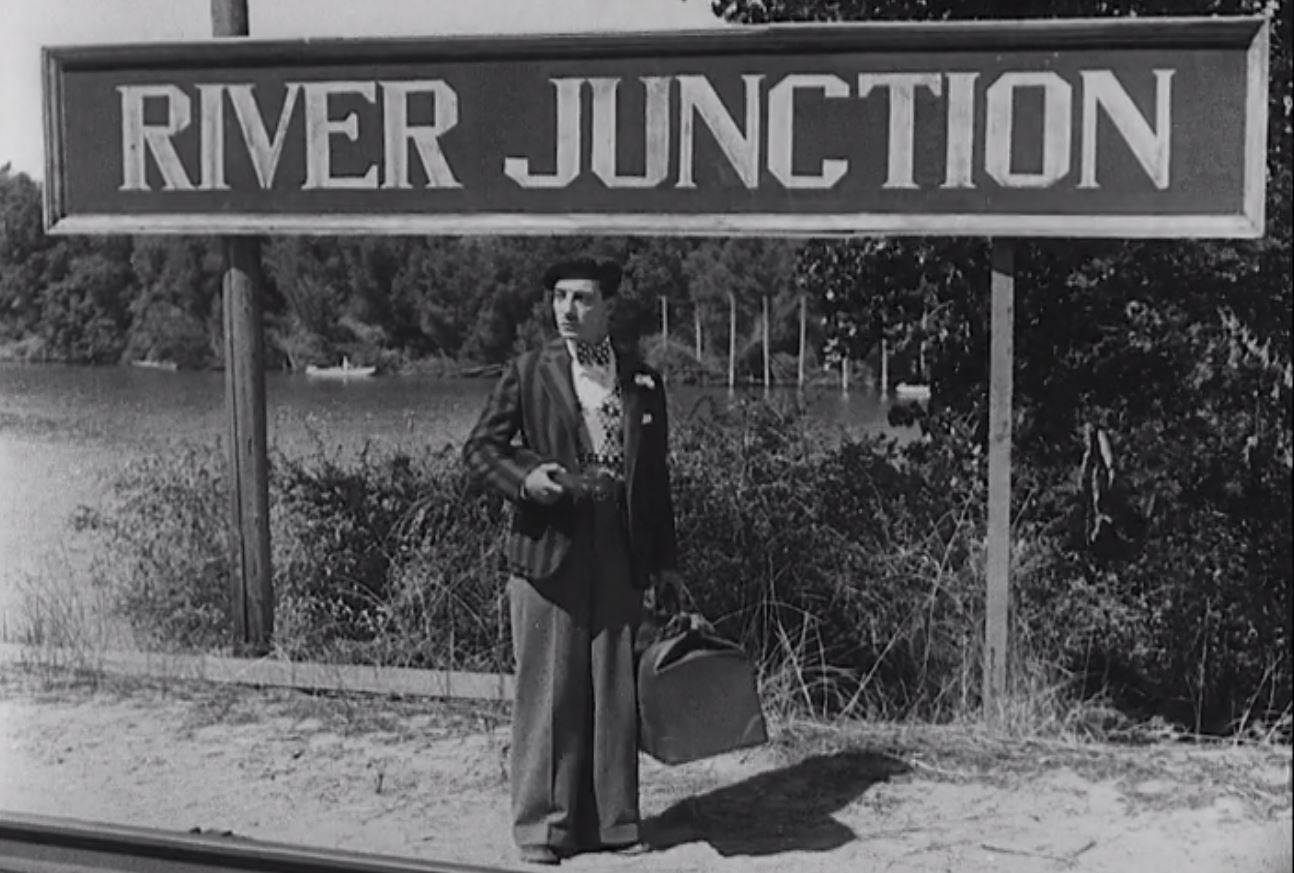 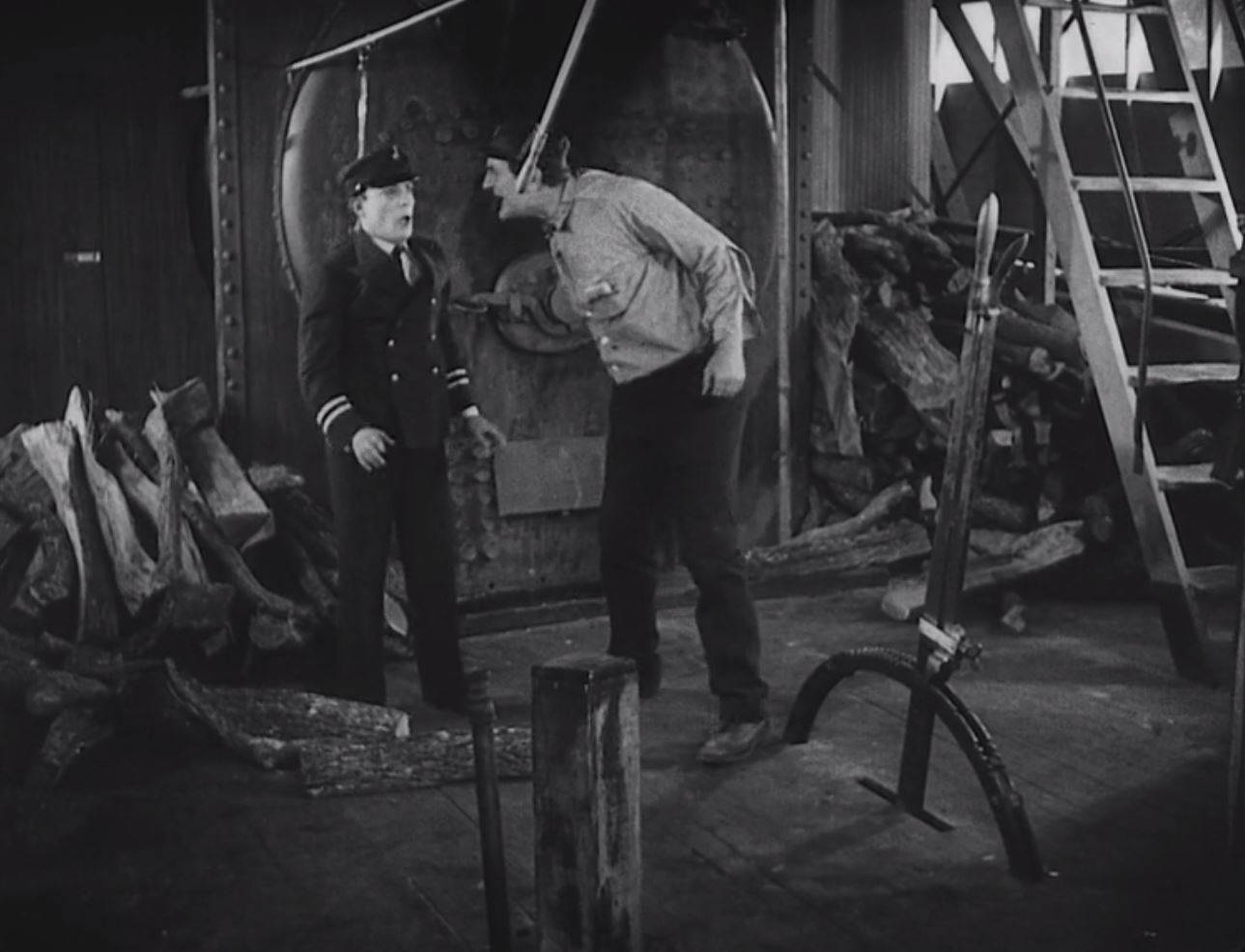 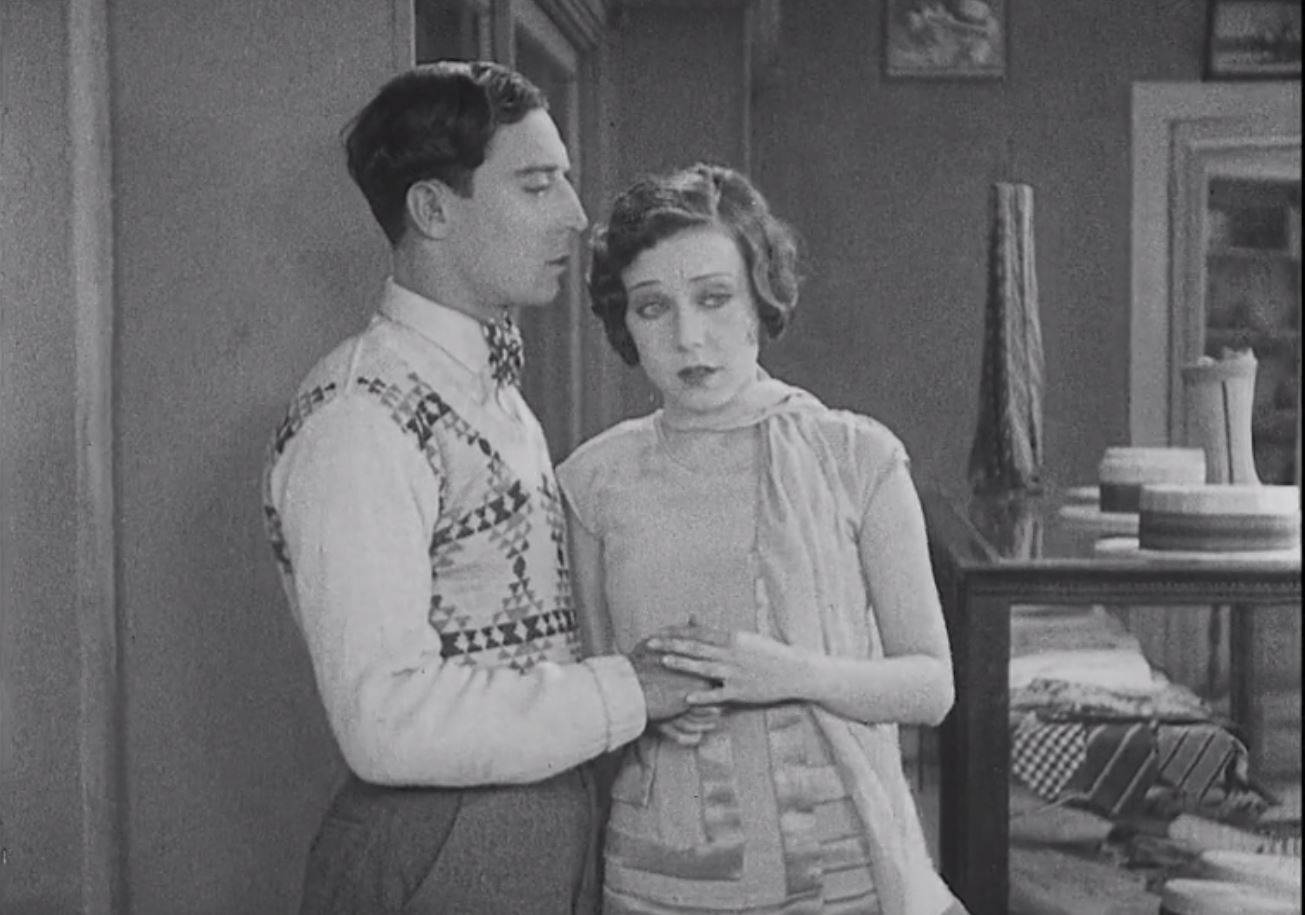 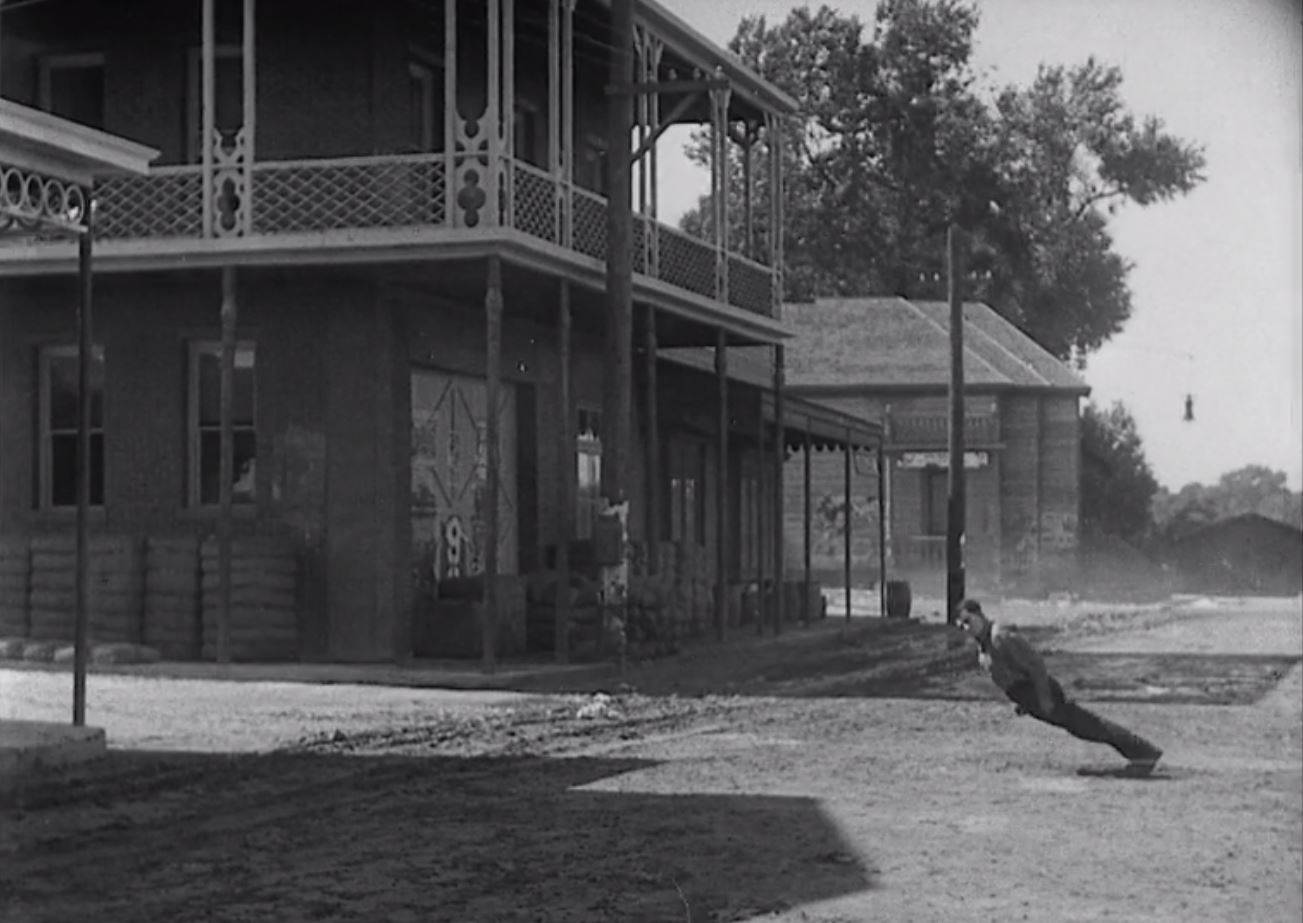 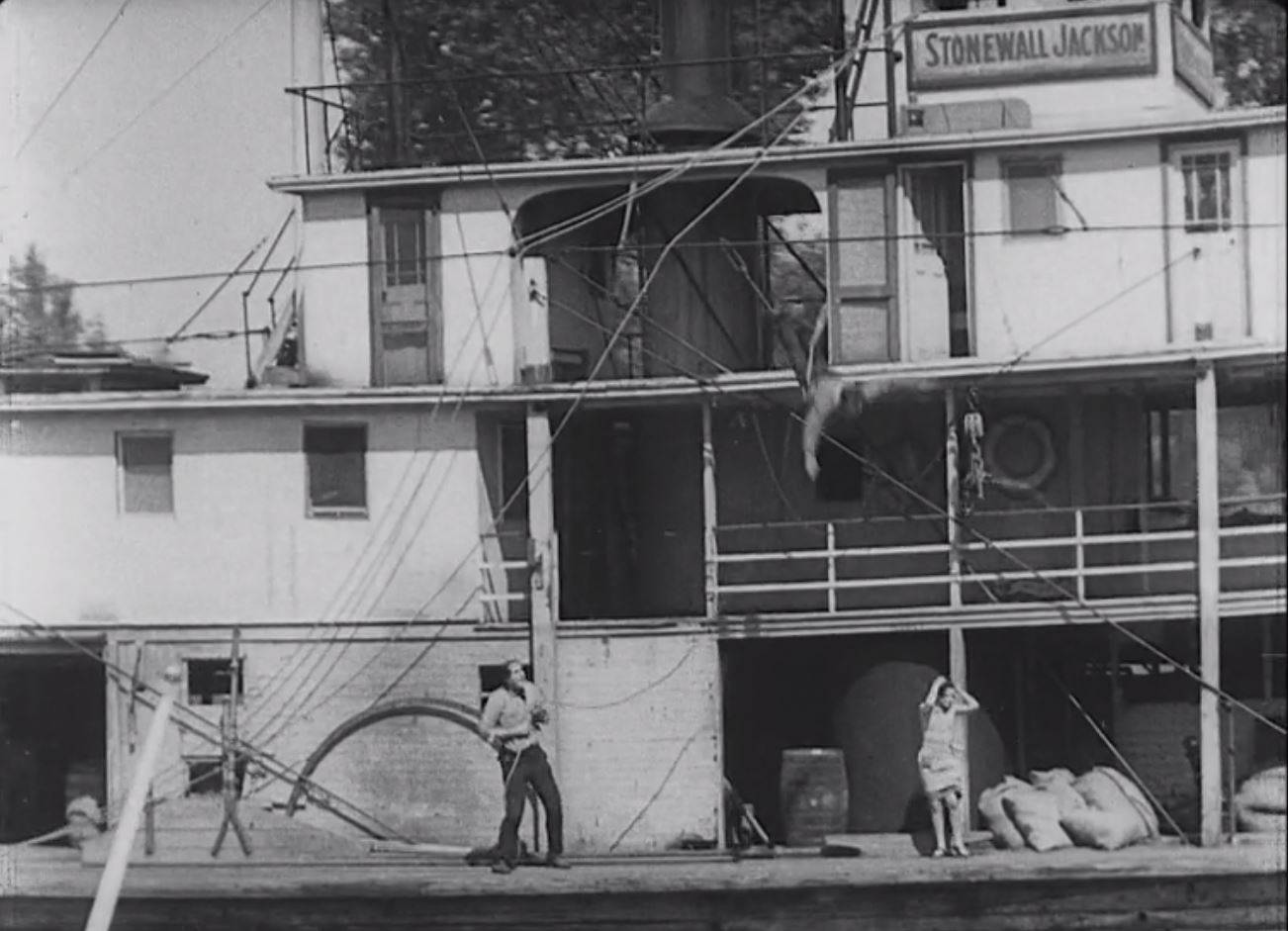 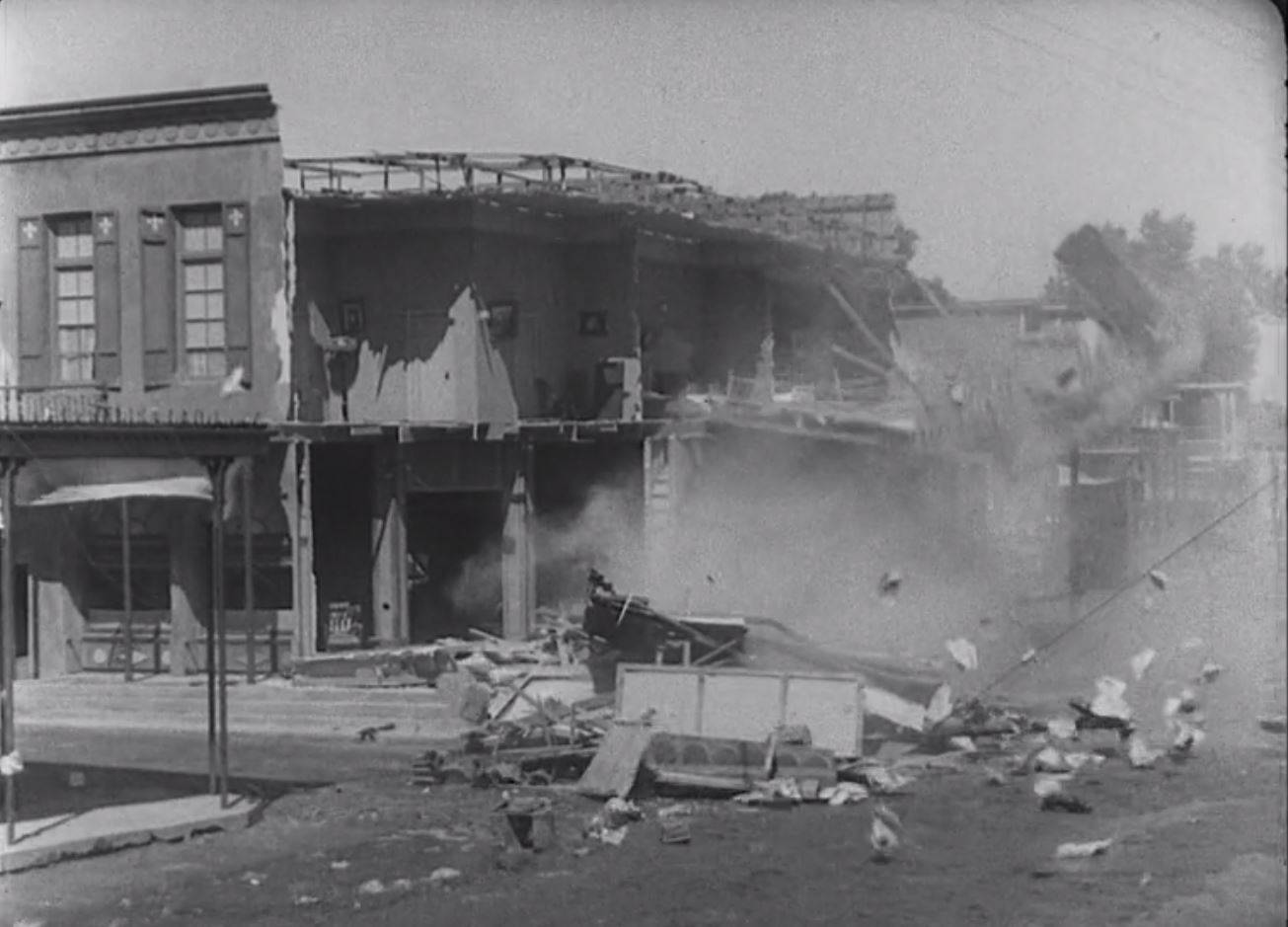 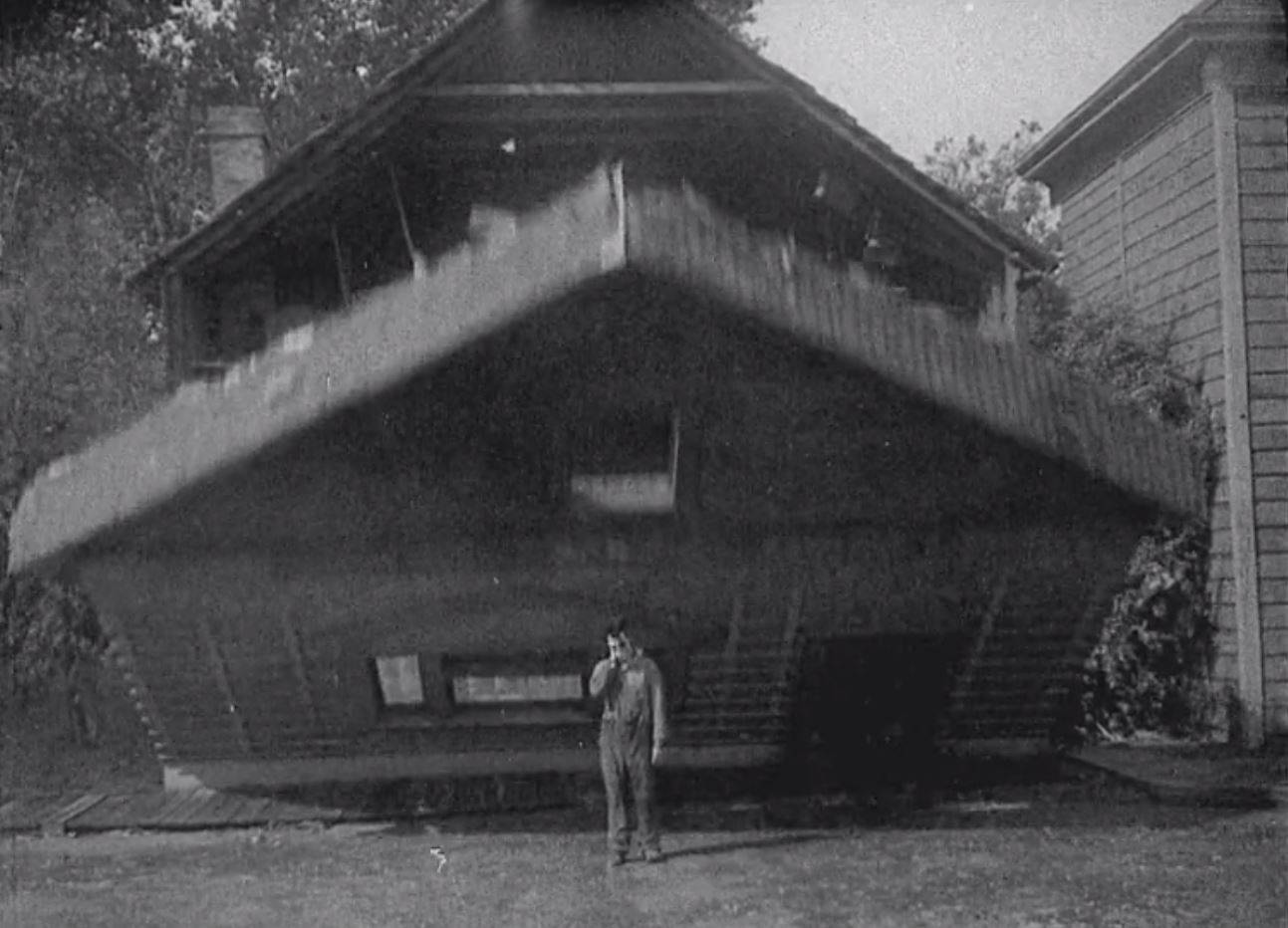 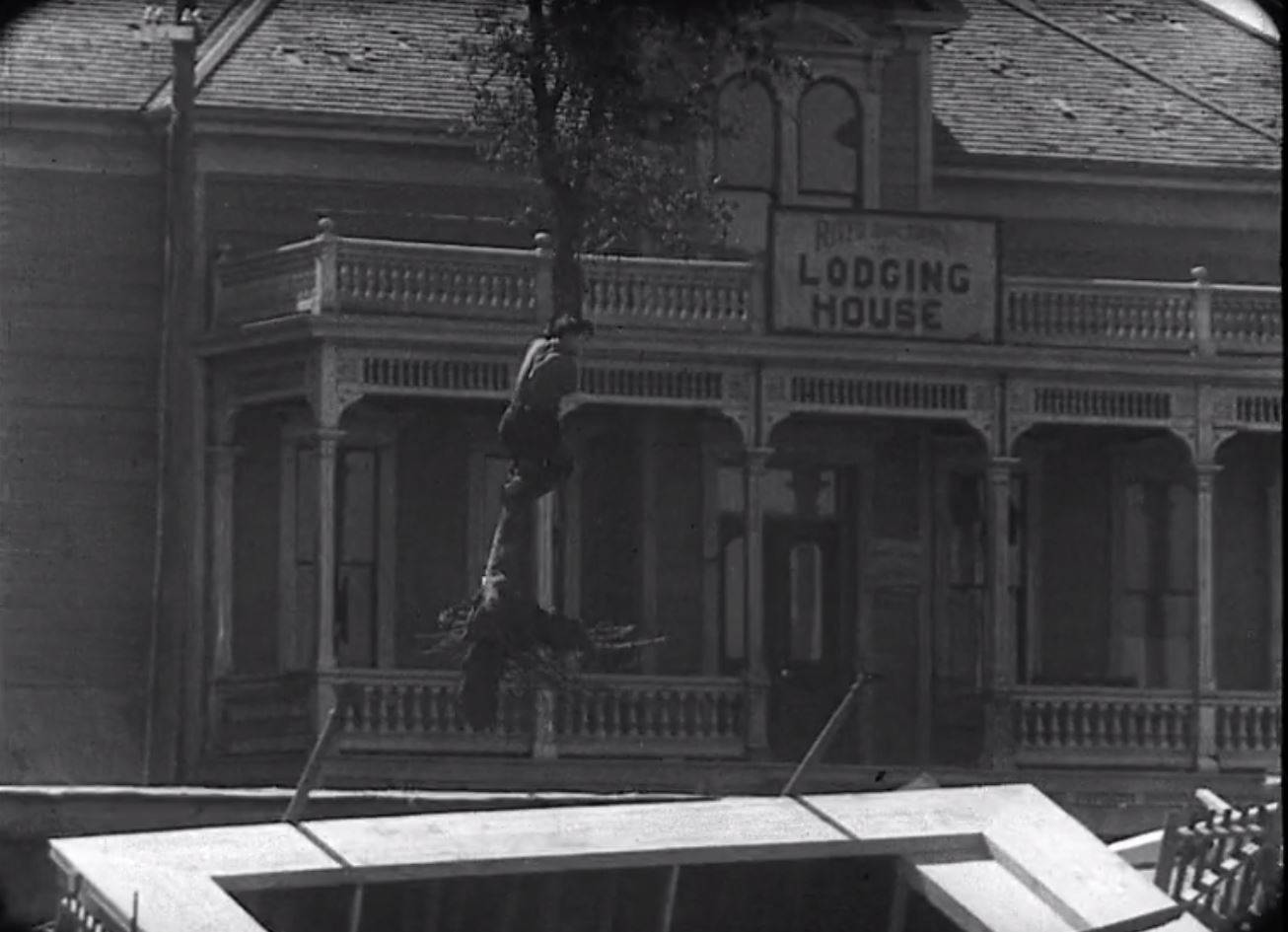 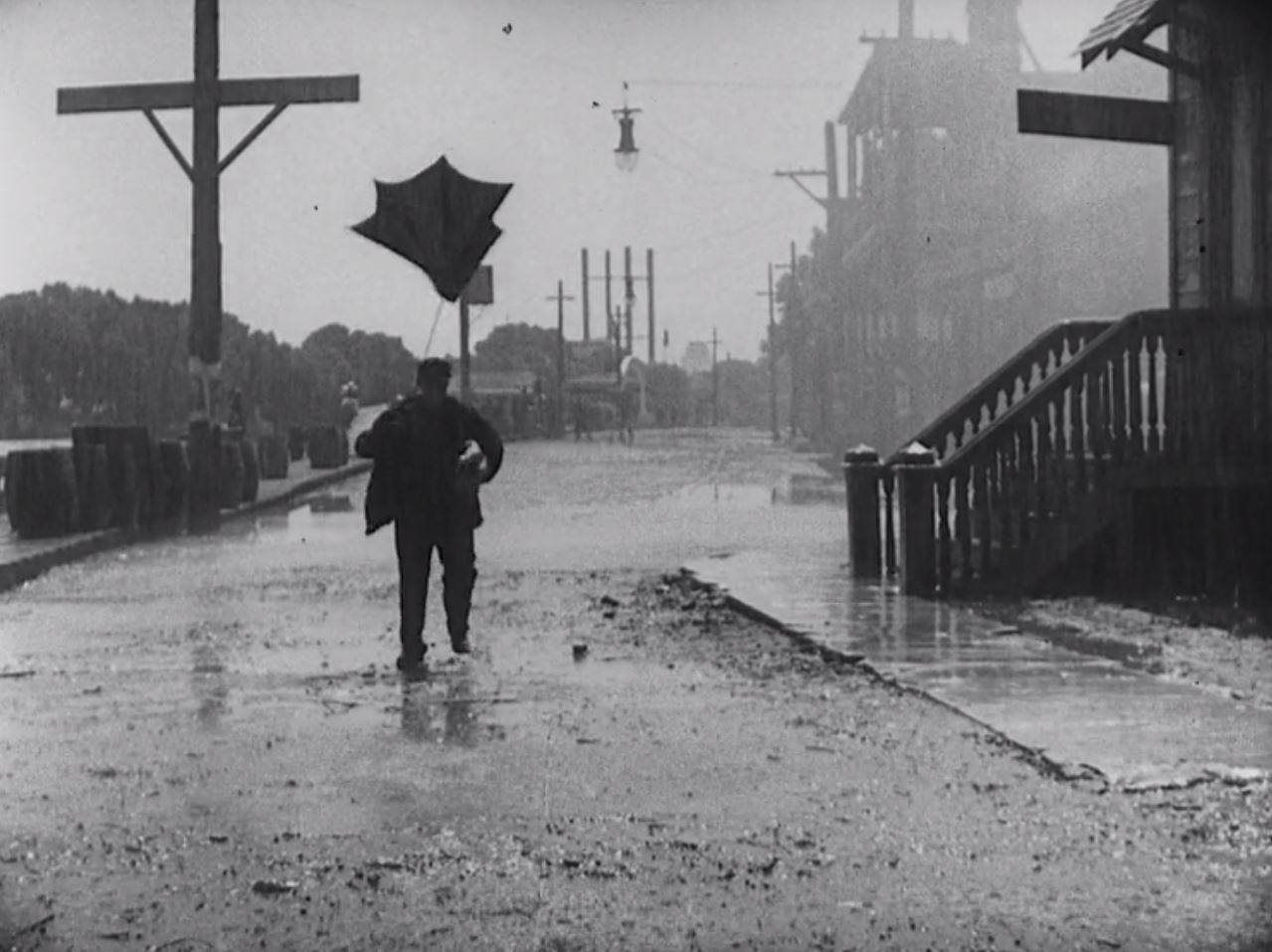 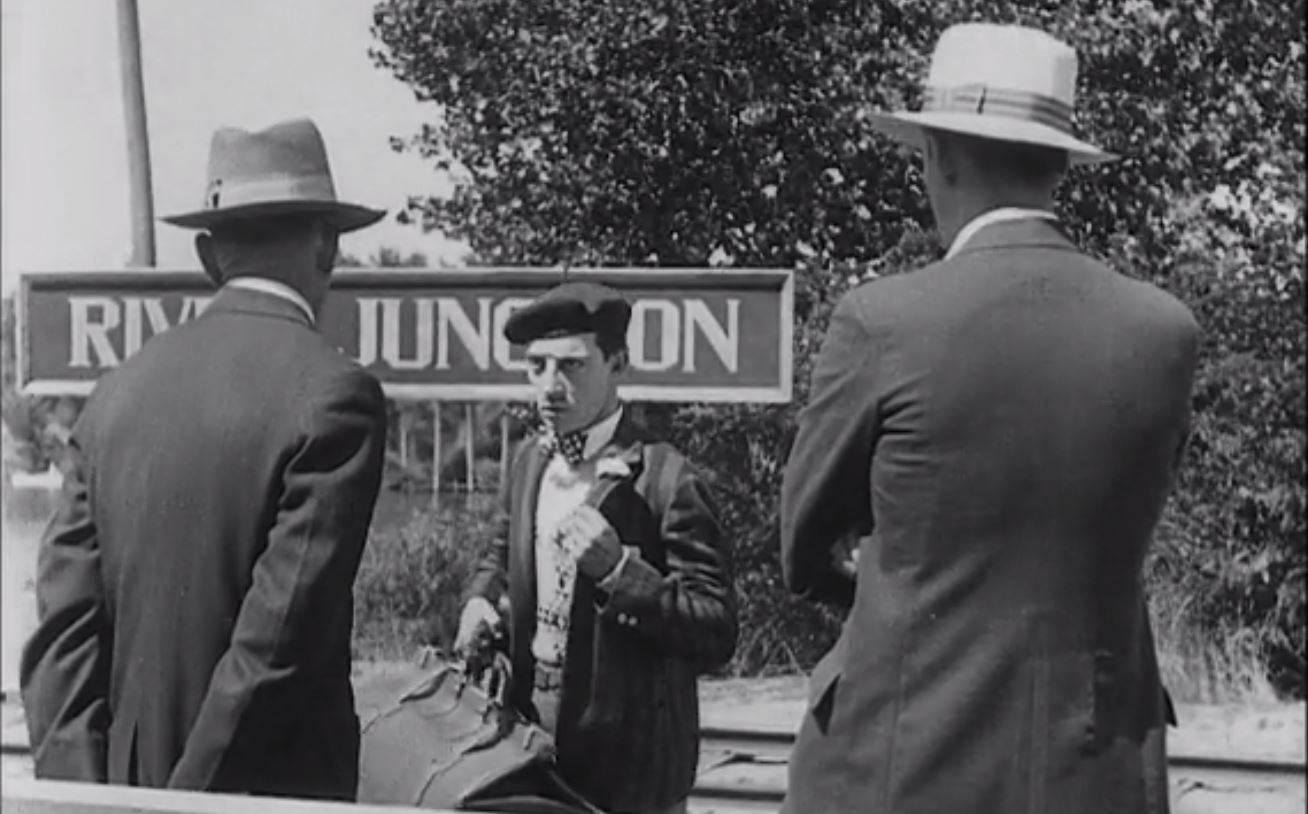 When two cinephiles realize they’re in the company of a fellow addict, it’s hard to shut them up. They compare favorite movies, quote lines of dialogue, reenact scenes. And then the moment invariably comes when one is forced to admit having not seen a particular movie; he’s been meaning to, he just...never got around to it. And if he’s lucky, the other cinephile will receive this information with excitement rather than derision, saying, “Oh you’ve got to see it, you’re going to love it!”

Fellow Anythinker Nicole Falcone and I shared just such a moment recently, and decided to use it as an impetus for this post. The plan: I would watch a movie I’d never seen that she loved, and she would watch a movie she’d never seen that I loved. I chose Buster Keaton’s Steamboat Bill Jr. Nicole chose Martin Scorsese’s After Hours. Both are comedies, but that’s where the similarities end...or so we thought.

Jeff: Buster Keaton’s Steamboat Bill Jr. is a silent movie. It’s in black and white. It’s almost 90 years old. Let’s get these facts out of the way.

And yet the movie absolutely holds up. It does not feel dated. It’s still funny. And there are a handful of scenes where you think to yourself, “How did they do that?” Nowadays, when moviegoers are jaded from the overuse of digital effects, when was the last time you saw something so clever and unexpected and wondrous that your brain literally couldn’t figure out how it had been done?

If a classic is a movie that outlives its time and place and continues to speak to audiences, then Steamboat Bill Jr. is an undisputed classic.

We open with William Canfield Jr. (Keaton) returning home to River Junction, Mississippi, so he can meet his estranged father (Ernest Torrence). The two could hardly be more different; Canfield is a pretentious citified college boy, while his father is a gruff steamboat captain who’s struggling to keep his business afloat (badum-chh). To complicate matters, Canfield is smitten with Mary King (Marion Byron), daughter of a rich businessman who owns a competing steamboat company.

From there the movie builds patiently, as Canfield is initiated into the steamboat business while vying for Mary’s affections in the face of Montague and Capulet-style familial rivalry. While the climax, which takes place during a cyclone, is arguably the best part of the movie (and something I’m sure we’ll discuss in more detail later), I love these early scenes for the care Keaton takes in establishing the characters and setting.

But what did you think, Nicole? You told me you were always more of a Chaplin fan, so you hadn’t seen most of Keaton’s films. How did Steamboat Bill Jr. work for you?

Nicole: It’s true that early on I became deeply enamored with Charlie Chaplin, thanks in large part to 1992’s Chaplin (and Robert Downey, Jr.’s splendid performance as the auteur). I’ve seen nearly all of his shorts and films, read his autobiography and have generally found him to be a fascinating figure onscreen and in life.

Subsequently, Buster Keaton has taken a back seat. While I’ve previously seen a bit of his work, and have been aware of him as an instrumental piece of the silent film landscape, he’s always been someone I’ve “been meaning to” see more of. After viewing Steamboat Bill Jr., I’m thrilled that time has finally come.

The second Keaton appeared on screen with his perfectly executed carnation gag, I was hooked. He continued to reel me in throughout the film, with his sad-eyed persona and fearless physical comedy.

Chaplin is known for his “mugging” and pulling at the heartstrings with a more overt sentimentality. Conversely, Keaton holds to a deadpan subtlety that is innately hilarious and effortlessly endearing. There’s a rather heartbreaking vibe to him that I responded to.

Then there’s that whole “how did they do that?” thing you mentioned above. Seriously, I stopped counting the amount of times that I feared for Keaton’s life. His physical prowess is mind blowing. And I have no idea how he pulled off that climax in 1928. It held me transfixed in a way that current CGI sequences utterly fail to.

Jeff: Part of what’s so appealing about Keaton, especially to modern audiences, is his audacity. He wasn’t afraid of spectacle, either in his stunts or his directing. Steamboat Bill Jr. is justly celebrated for a now-iconic moment in which a house nearly turns Keaton into a gelatinous human puddle (you can watch it here as a gif) but that’s just one of literally dozens of breathtaking moments throughout the movie.

The difference between the spectacle we see in Steamboat Bill Jr. and so many modern films is that Keaton never loses sight of his characters. During the climax of Steamboat Bill, a cyclone rips the roofs off houses and turns River Junction, Mississippi, into a literal river. The storm feels real, or at least real within the context of the movie, but what’s more impressive is how Keaton always keeps the action focused on our protagonist. Instead of watching a town and its anonymous inhabitants get blown to smithereens, we laugh and gasp as Keaton’s William Canfield clings to an uproooted tree that gets turned into an impromptu hang-glider, sailing through the sky during the height of the storm.

Keaton also understands momentum. He lets things build. The climactic storm unfolds over the course of about 20 minutes. We begin with rain, which allows Keaton to do a lovely little gag with an umbrella. Then the rain becomes torrential. Then the wind picks up, and before you know it, houses have become airborne and the river is on the verge of swallowing the town. But Keaton never skips a step, and that makes the storm’s crescendo of slapstick chaos even more funny and powerful.

Keaton applies this same approach to his smaller scenes. You mentioned the carnation gag, which serves as Canfield’s introduction to the audience. This scene begins slowly, as Canfield’s father and first mate search for Canfield at the train station; they’ve never met him before and all they know is he’s supposed to be wearing a carnation. Yet when they arrive at the train station, seemingly every passenger is wearing a carnation. Canfield is similarly befuddled, approaching every stranger he sees and gesturing to his carnation. The way Keaton’s face lights up with possibility each time he approaches a new person, only to fold into disappointment when that person rebuffs him, never fails to make me laugh.

That subtle character comedy can coexist with dizzying spectacle is a testament to Keaton’s gifts as a director and performer. The man could do it all.

Nicole: His talents are pretty staggering, and I have to admit that at this point I’m not sure who I would prefer in a Keaton/Chaplin standoff. I’m partial to Chaplin’s lofty social commentary, and his own comedic gifts, yet Keaton’s odd combination of understatement and daring is appealing to me. More Keaton viewings are necessary, as well as some Chaplin refresher (what a chore!).

Before I toss it back to you, I wanted to latch onto that patience point you made earlier. As you mentioned to me before we began our little chat, this might be the key to any link between our film choices.

Both Steamboat Bill Jr. and After Hours build very patiently to their conclusions. Both films begin innocuously enough, yet by the end it’s utter chaos. In both instances, the audience is simultaneously wondering how this happened and knowing exactly how it did. In other words, one thing leads to another, slowly inching to this insanity, and in retrospect it isn’t a surprise that we arrived here at all.

Jeff: Kim McLarin, one of my creative writing professors in grad school, once told the class that the best endings elicit this reaction: “Ah...of course.” The “ah” signifies surprise, while the “of course” signifies inevitability.

This idea is easy to condense into a pithy phrase, but near-impossible to pull off; inevitably, most endings tilt the balance toward a climax that's unpredictable but illogical, or expected but boring. Neither Keaton or Scorsese fall prey to this pitfall. These directors are undeniable visual stylists and innovators, but none of their invention or flair would mean a thing if these qualities weren’t used in the service of good stories. And I suppose, when you get down to it, the ability to tell a good story and tell it with style is what I love so much about both Keaton and Scorsese.

Thanks to Nicole for allowing me to indulge my inner film critic. This was a blast. Let’s do it again sometime. In the words of Roger Ebert, I’ll see you at the movies.

Buster Keaton - The Art of the Gag