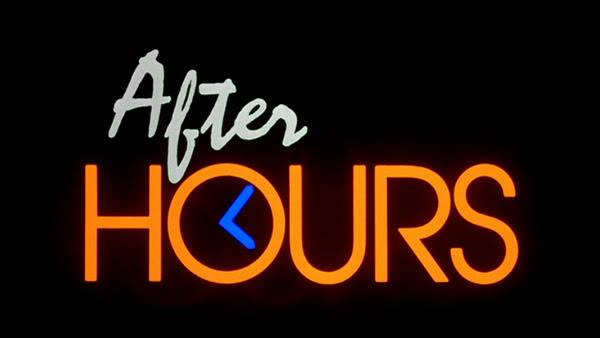 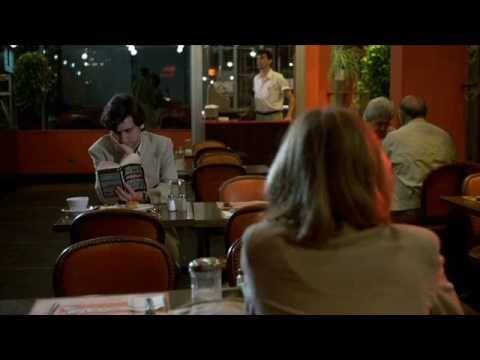 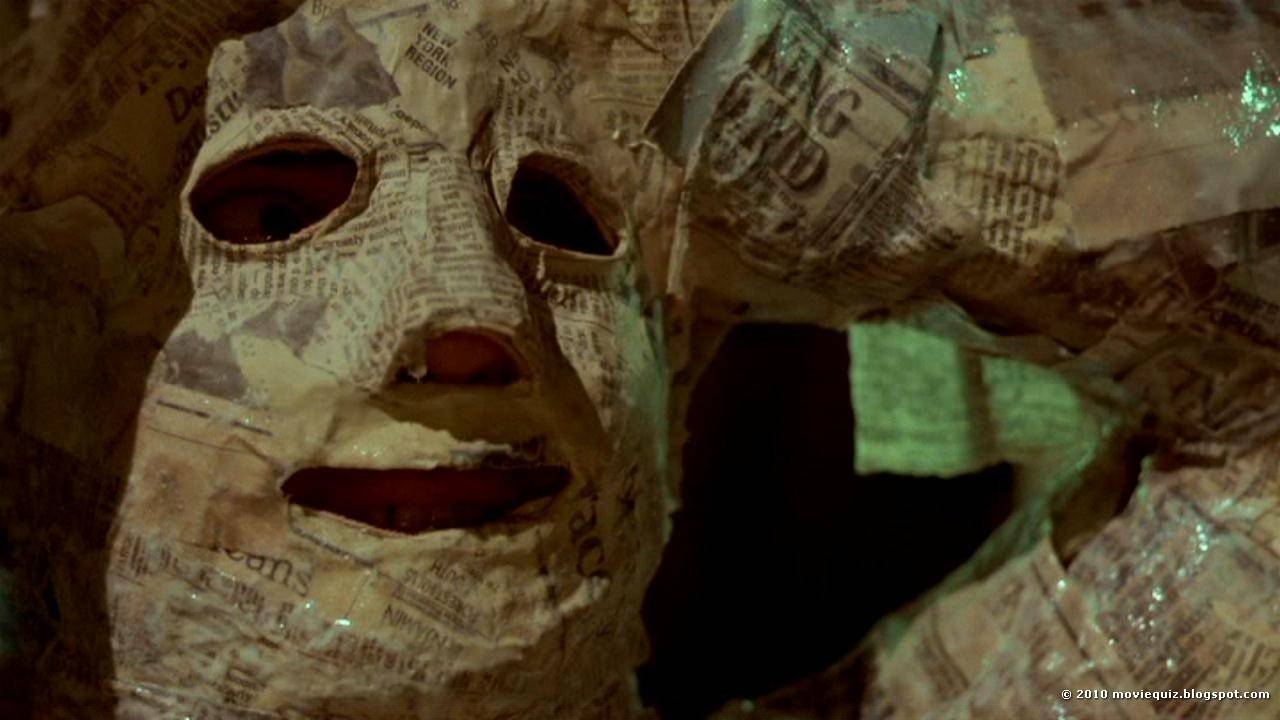 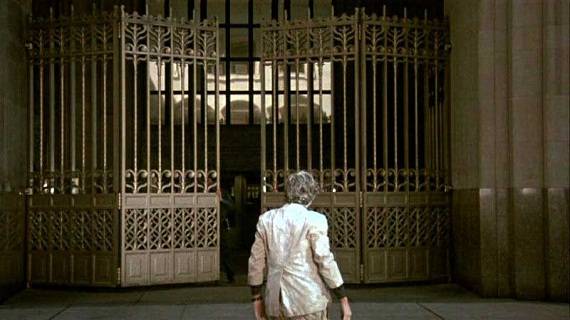 When two cinephiles realize they’re in the company of a fellow addict, it’s hard to shut them up. They compare favorite movies, quote lines of dialogue, reenact scenes. And then the moment invariably comes when one is forced to admit having not seen a particular movie; he’s been meaning to, he just...never got around to it. And if he’s lucky, the other cinephile will receive this information with excitement rather than derision, saying, “Oh you’ve got to see it, you’re going to love it!”

Fellow Anythinker Jeff Schwartz and I shared just such a moment recently, and decided to use it as an impetus for this post. The plan: I would watch a movie I’d never seen that he loved, and he would watch a movie he’d never seen that I loved. Jeff chose Buster Keaton’s Steamboat Bill Jr. I chose Martin Scorsese’s After Hours. Both are comedies, but that’s where the similarities end...or so we thought.

After several weeks of trading emails, we cordially invite you to eavesdrop on our conversation.

Nicole: When I first saw After Hours, Martin Scorsese’s pitch-black comedy of errors, I was shocked that this was the director’s handiwork at all. At that point, I was more familiar with Marty’s gritty/gangster cannon (Taxi Driver, GoodFellas, etc.). I would later grow to cherish his lesser-known or loved efforts (mostly of the '80s), but this was my introduction, and it remains my favorite Scorsese film. Don’t get me wrong – the aforementioned are right up there, but After Hours immediately grabbed me by my subversion and never let go.

It’s the tale of Paul Hackett (Griffin Dunne), a New York word processor, whose evening begins modestly enough, reading Henry Miller in a cafe. It quickly takes one turn after another though, into an absurdly surreal and satirical night. I see it as sort of an anti-hero’s journey and a comment on yuppie futility, but I’m interested in hearing your thoughts before jumping too far into those depths.

Jeff: I suppose you could see the movie as embodying any number of ideas; a Kafkaesque journey through an absurd universe, an alternately subtle and pointed satire of artistic pretension, a celebration of quintessentially New York weirdness. In his review of the movie, Roger Ebert eschewed any such interpretations and called the film “a nearly flawless example of – 'itself'” and “an exercise in style.”

But what I think I appreciate most about the After Hours is something I don’t ordinarily think of when I think of Scorsese: the screenplay. This isn’t to say the screenplays for Scorsese’s movies are weak; quite the opposite, whether it’s William Monahan’s Oscar-winning script for The Departed or Scorsese’s own work on GoodFellas, his movies are always well-written.

It’s just that Scorsese himself is such an artistic force that the direction – the relentless pace, the electrifying music cues, the roving camera – tends to overwhelm my experience of his movies. All of Scorsese’s stylistic trademarks are in full bloom here (even the opening credits have that patented Scorsese energy), but Joseph Minion’s screenplay is such a knotty, labyrinthine, absurdly funny ride that it can’t help but call attention to itself. After Hours begins as one movie and ends as something completely different – and yet, the story manages to literally come full-circle by the end. That’s some kind of accomplishment.

Nicole: With all due respect to the late, great Mr. Ebert, I disagree with his solely stylistic assessment, for all those points you make about the script. I feel that it’s dismissive to suggest there is no deeper meaning. The sheer amount of time that I have spent ruminating on this film’s themes suggests to me that it’s up to something more than technique.

The answer could be whatever the viewer reads into it, I suppose. It could be any one of those ideas posed by each of us above, or it could be as simple as a guy wanting to hook up with a girl, and spending the rest of the night paying for it.

I keep coming back to the yuppie void idea for a couple of reasons. One, the year of release was 1985, so the “me” generation mood and time were right. Two, Paul is the very definition of a cog in a machine, both at work, and in the outside world nightmare he experiences. He seems passionate enough about Tropic of Cancer to be rereading it, yet in the opening, when his coworker expresses his desire to be involved in publishing, Paul is completely removed from the sentiment. Due to what? Boredom? Self-involvement? Resignation? He doesn’t do anything specific to deserve the madness he’s subjected to, and yet he isn’t a particularly sympathetic character. Throughout the evening, his every attempt of control seems redundant, as he is rendered powerless. Nothing this guy does matters, and in the end he winds up exactly where he began, with no growth to show for it. Similar to American Psycho’s thoughts on the hollowness of the Reagan era, minus the blood splatter.

Jeff: You just hit on something really fascinating that I think is worth further discussion. Paul isn’t especially likable as a protagonist (nor, I would argue, is he especially unlikable), and yet we root for him, don’t we? We share his frustration and horror and utter stupefaction at the things that keep happening to him and the people he encounters along the way.

Before we started trading these messages, I remember you told me one of your favorite moments in the movie occurs about three-quarters of the way through, when Paul goes on an extended rant about his night – a scene which effectively breaks the fourth wall and allows the movie to comment on its own preposterous plot. I doubt that scene would be as funny or as effective if we didn’t, on some level, care about Paul. Or perhaps care is the wrong word. But the trials and tribulations he endures are so far out of whack with whatever “sins” he’s committed that we can’t help but feel sorry for him. And I think it’s that heady brew of aversion and pity that makes Paul – and the movie – so singularly funny. And Cheech and Chong. Those guys are great.

Nicole: I am a sucker for a morally ambiguous protagonist, and the anti-hero is very big these days (Soprano, White, Draper, House, Horseman). I don’t know if Paul is as likable as those guys are, but he certainly doesn’t do as many horrible things (if any). Perhaps it’s just what he represents that ever-so-slightly rubs us the wrong way. The funny thing is that, in a way, he represents us. For better or for worse, he is the lens through which we view this insanity.

This stubborn refusal to give easy answers or adhere to any one notion, theme, or genre is why After Hours has stayed with me all these years, and why I doubt it will ever vacate. And Cheech and Chong. Those guys really are great.