Fun with Feathers: Embryology at Anythink 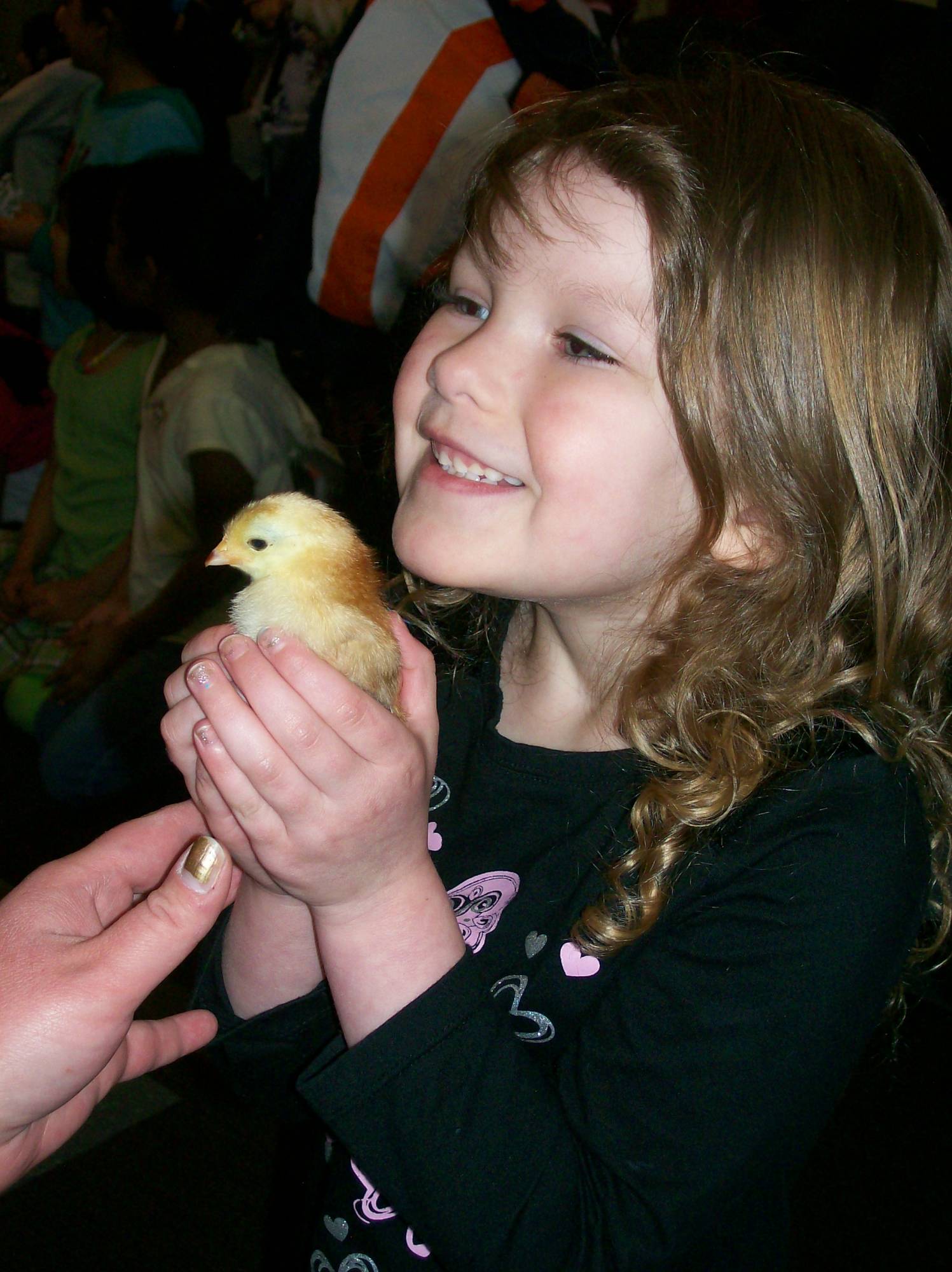 I had never seen a chick being born. Even when I was a young child living with my parents (and we had a chicken coop in the backyard), my only contact was when I was feeding them or gathering eggs. There was never a situation where I got to see a chick being born. I’m kind of sad about that now. To have the responsibility of making sure that the right conditions were met and that eggs were being properly taken care of to ensure birth would have been a wonderful life lesson for me.

Several Anythink libraries recently presented programs on embryology and the life cycle of a chicken before, but I was always hesitant about putting something so fragile into an environment where anyone could touch the incubator, jostle the incubator or just plain get so excited that they would accidently change the settings on the incubator. I just didn’t feel ready.

When the end of the year came and I was struggling to find just the right activity for people to experience at Anythink Perl Mack, I revisited the idea of an embryology program. I secured a time and place for the incubator through a 4-H representative and crossed my fingers. This program was either going to go swimmingly, or it was going to be a severe source of stress for everyone involved. I wish I hadn’t wasted so much time worrying.

The community at Perl Mack could not have been more responsible, curious or excited about any other program I have ever presented here. Kids spent time “guarding” the incubator to make sure that no one accidentally hurt the eggs. adults visited two times a day just to see how they were doing. Amy, the 4-H instructor, visited three times over the course of four weeks to teach the parts of the egg and what was happening inside the incubator. She also taught the candling process, where we saw which eggs might actually have chicks growing inside of them, and also let people hold the chicks once they were born.

As the chicks fought their way out of their shells, people suggested names. The result: Spring, Sprung, Elvis, Jr., Baldy, Rosie, Tiny, Little Audrey and Swift! Oh, the excitement was infectious around the branch. People that had been visiting two times a day started coming three times a day. At least 20 customers asked if they could have one, but they had to go back to the farm that let us borrow them. The chicks grew bigger and people became attached and, sadly, they eventually had to leave. There were a few tears, but there was no doubt that every person that invested themselves in the program learned a lot about life and responsibility. Now I’m getting ready to schedule the next embryology program.

Has anyone else ever seen chicks being born?  Has there ever been anything else you wish you would have seen/learned when you were younger, but never got the chance until you were older?

Sharing in the interactions between the chicks and all of their fans was an incredible experience! Everyone should have the opportunity to watch baby chicks hatch and grow. I can't wait to meet the next set of chicks!
Having the chick at Wright Farms has been so wonderful! It's been amazing to see the interaction of our customers. And I never thought I'd get to see a chick being hatched, but it was incredible!