Submitted by Jeffrey Schwartz on Jul 15 2019 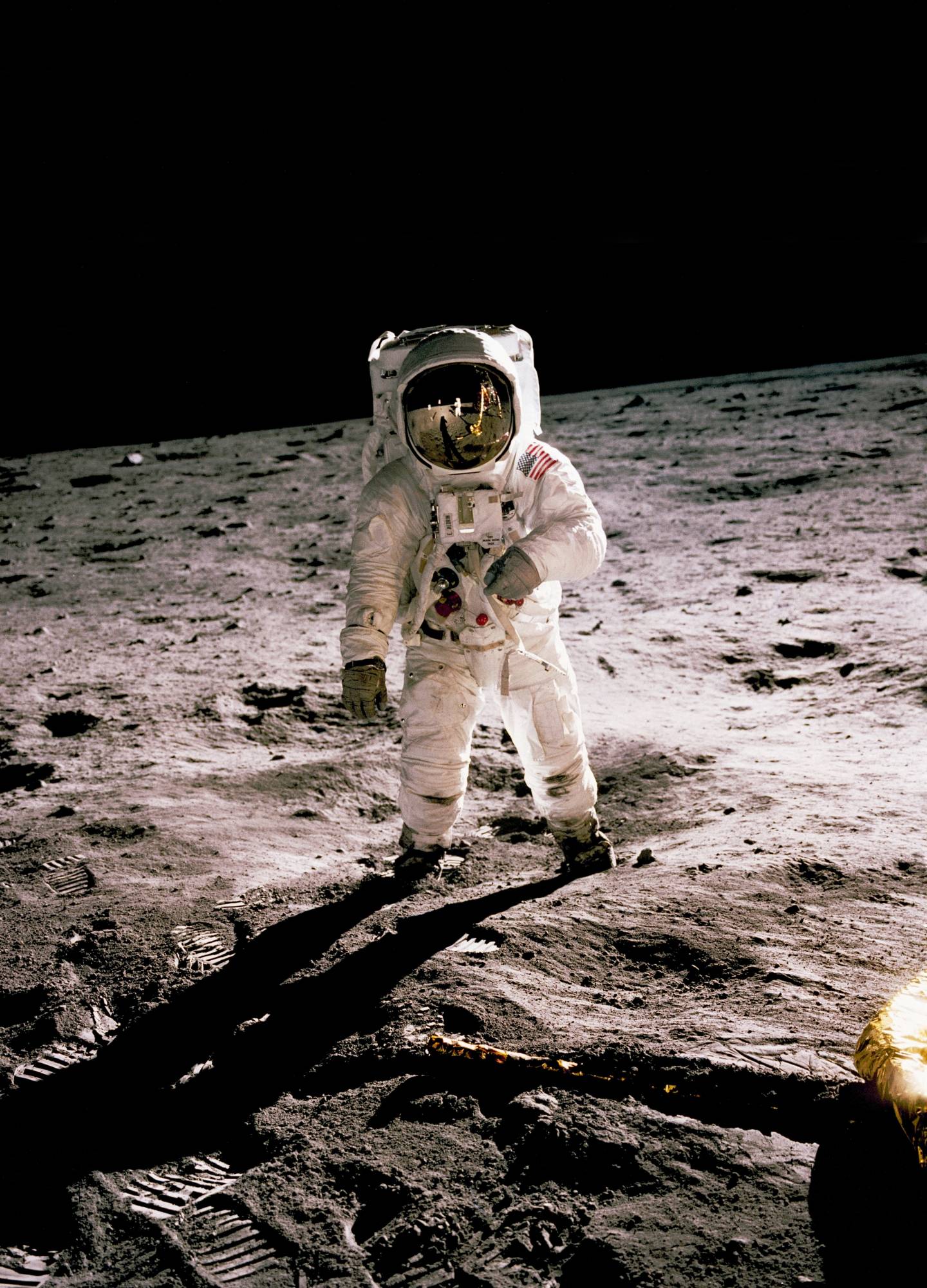 The Apollo Program is the subject of numerous documentaries (I wrote about two of my favorites, For All Mankind and In the Shadow of the Moon, here on the blog a few years ago). But until First Man, Damien Chazelle’s 2018 biopic of Neil Armstrong, few movies or TV series had attempted to depict the Apollo 11 mission.

Indeed, the two most famous movies about the space race are still probably The Right Stuff, which focuses on the Mercury 7 astronauts, and Apollo 13, which depicts the only Apollo mission that didn’t make it to the moon. Hollywood loves to plunder real life for stories it can adapt into movies, so why has Apollo 11 and its commander Neil Armstrong received such scant attention? First Man, perhaps inadvertently, offers some answers to this question.

Although the film is experimental in some ways, its narrative unfolds more or less chronologically. We meet Neil Armstrong (Ryan Gosling) in 1961 as he pilots the X-15, an experimental aircraft that climbs to the edge of earth’s atmosphere only to malfunction, careening out of control. Much like Armstrong, the audience is thrown headfirst into the scene; the camera judders and shakes, alarms screech, metal groans and whines, and Armstrong’s breathing becomes a metronomic pant. It’s here that we get a sense of how First Man will tell its story: not with a wide-angle view, but up-close and intimate, from Armstrong’s perspective.

After surviving the X-15’s crash, the film charts Armstrong’s career as an astronaut alongside his personal life. From the beginning, these two elements in Armstrong’s life are perched in a shaky balance. His bosses think the illness and eventual death of his daughter Karen is distracting him from his work as a pilot; his wife Janet (Claire Foy) sees him withdrawing from her and their family as the years go by and more setbacks and tragedies beset the American space program.

Gosling allows Armstrong moments of humor and quiet charm, but for much of the film it’s not precisely clear what he’s thinking or feeling. We're left to ponder whether Armstrong’s emotions are a mystery even to himself, or whether he knows himself all too well and adopts a stoic demeanor so he won’t succumb to despair.

First Man practices a kind of “first-person cinema,” filtering the entire style and approach of the movie through the perspective of its main character. Everything from the use of close-ups, which put us eye-to-eye with Armstrong in many scenes, to the film’s melancholic score, serve to place the audience in Armstrong’s perspective. Even the moon landing scene – which should be said is absolutely magnificent – focuses not on what this moment means in the context of human history, but instead on what it means to Armstrong himself, leading to perhaps the most wrenching, emotionally resonant moment in the film.

Yet despite this first-person perspective, the film doesn’t presume to know or explain Armstrong. Like all of us, he contains multitudes; unlike all of us he keeps those multitudes mostly hidden (and he, you know, walked on the moon). This complex tension between reveling in Armstrong’s perspective and refusing to offer definitive answers about him is perhaps what led to the film’s muted reception among critics and moviegoers.

But especially in light of the upcoming 50th anniversary of the moon landing on July 20th, First Man deserves a second look. The film doesn’t have the epic scale or swashbuckling test pilot heroes of The Right Stuff, nor is it as suspenseful and uplifting as Apollo 13. What First Man does offer is a visceral depiction of what human spaceflight must have felt like for its pioneers, and a philosophical meditation on the man who took one small step for all of us.