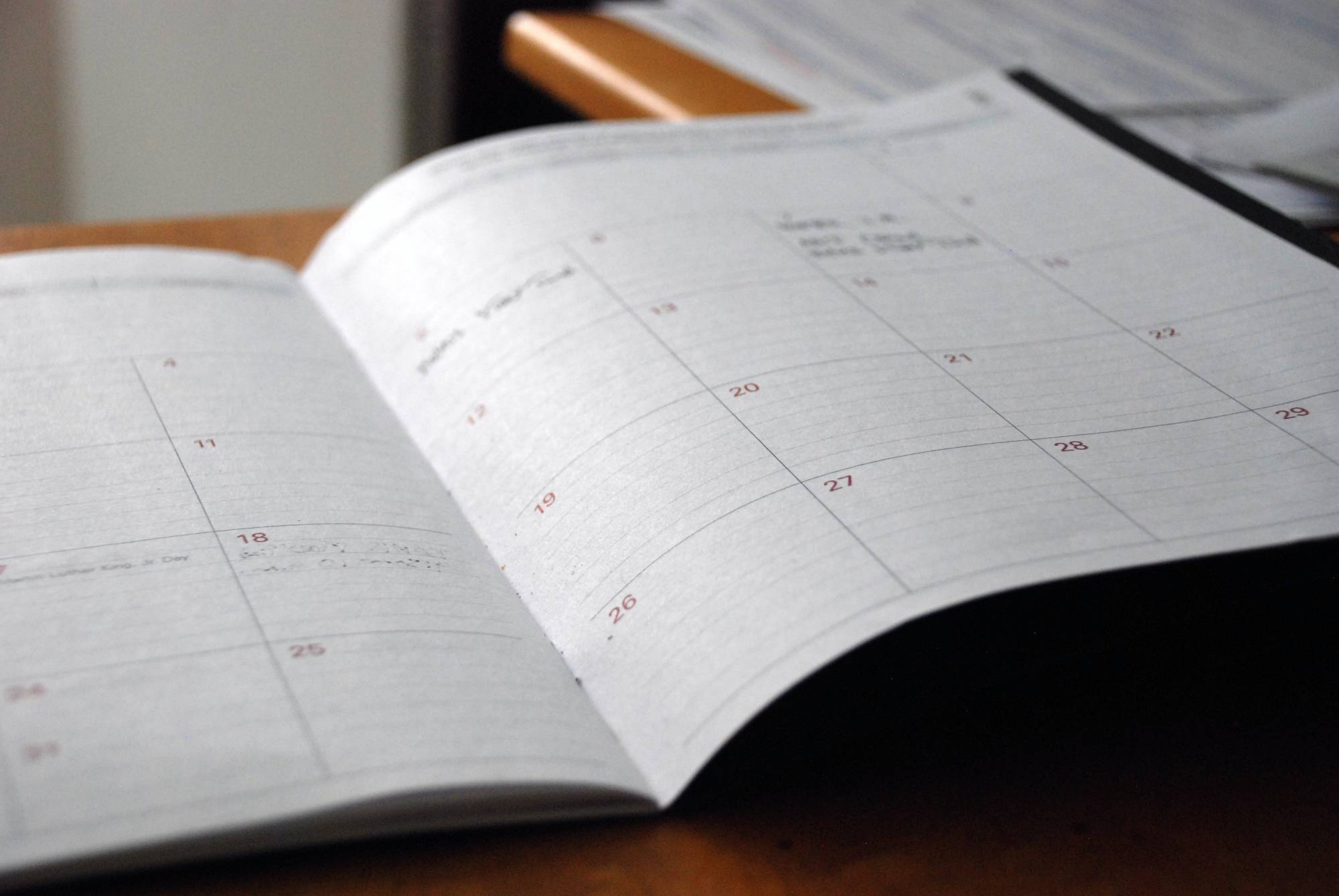 I’m not typically one for New Year’s resolutions. Like a lot of people, I go full Ron Popeil Rotisserie with them: set it and forget it. I usually prefer to forgo the annual self-inflicted guilt-fest that resolutions tend to be. However, I surprised myself way back in 2019 by not only making a resolution, but (mostly kinda) keeping it.

The resolution was simple: to watch three movies and read one play every single week. Simple to describe; not simple to achieve. To keep myself on pace and accountable, I printed up 52 forms at the start of the year, one for each week, and sat down every Monday morning and logged what I’d seen and read over the previous seven days.

In typical resolution fashion, I fell slightly short with 113 movies watched and 42 plays read in total. I also kept track of what books I read, what plays I saw, and any other events I attended, such as concerts or stand-up shows. (Sidenote: remember live performances? Ah, those were the days.)

At the end of 2019, I sat down and compiled the weekly logs. And this, my friends, is when my resolution really paid off. What excited me most about the whole thing – and this is maybe the nerdiest sentence I’ve ever written – was the spreadsheet.

Ooh, it was sexy. Every movie, book, play, TV show – everything I consumed during that year was on there. Having it all laid out in front of me like that was strangely satisfying in the same way keeping a journal can be (not for nothing, I’m also a strong proponent of journaling), as a sort of proof of life in retrospect. I came, I saw, I catalogued.

I enjoyed 2019’s culture diary so much, in fact, that I rolled the habit over into 2020. This time, the only proper resolution I made was to listen to one album each week that I hadn’t heard before. I finally caught up with stone-cold classics like What’s Going On? and Pet Sounds and discovered masterpieces I’d never known existed, like Kate Bush’s The Hounds of Love and REM’s Murmur. Every week, new-to-me music awaited. It was great.

Despite having no New Year’s compunction to do so, I continued to log my reading and viewing habits as well. And sure enough, at the end of 2020 (can you believe 2020 actually ended?) I created another spreadsheet to contain the year’s cultural intake.

Now I’ve created a monster that I’ll have to feed every week, every year, for the rest of my life.

The first time I encountered the idea of keeping a culture diary, it was Steven Soderbergh’s jaw-dropping account of his 2018 in pop culture. The prolific filmmaker, it turned out, is also a prolific consumer. Surely, I thought, such an endeavour was only suitable for super-achievers like him (check out his 2020, for example. Sheesh). Why would I waste my time logging what few books I was able to stumble through in a given year? Well, at the risk of sounding overly simplistic, because it’s super cool.

For anybody who cares about this stuff – like, really cares, probably too much – this is a valuable exercise. Not only is it wonderful for posterity, allowing you to reflect on all these different experiences whenever you want, but it also provides a sort of present-tense awareness to what you’re watching, reading, and thinking about. No longer is cultural consumption a passive activity. It’s a choice; conscious as opposed to automatic.

I didn’t necessarily watch better movies in 2019 (although it was an especially good year for movies), but I certainly enjoyed watching them more. I saw some incredible films and I saw some real duds (I’m looking at you, Jurassic World: Fallen Kingdom). Quality wasn’t really a concern. It was more about intake, but not in a gluttonous sense. Somehow, Cheetos became as nutritious as carrots simply because I took the time to track them.

I can’t recommend this enough. Not the resolutions, so much – watch however dang many movies you want, listen to whatever music you like. But keeping a culture diary? Yeah, highly recommended. It’s like an instantaneous time-capsule of your cultural consumption. By logging it, you give it more of a lasting impact. And a heck of an entertaining year-end document.

A glance at the spreadsheets makes me realize and recall so much. Such as:

I finally saw Dog Day Afternoon, Harold & Maude, and Nashville, thus allowing me to be credibly pretentious about the glory of 1970s American cinema. Back before going to movie theaters was a potential super-spreader event, I went to Once Upon a Time in Hollywood twice in the same week, and my wife and I were rapturously warmed by Portrait of a Lady on Fire on a cold, snowy night. At home, I caught up on old classics I’d never seen, like It’s a Wonderful Life, and unfathomably popular series like Harry Potter that had somehow passed by me.

I read books outside of my comfort zone, like the thrilling The Vanished Birds by Simon Jimenez, and firmly within it, like the equally thrilling Adventures in the Screen Trade by William Goldman. I also read many, many different plays, from the brilliant (Hope & Gravity by Michael Hollinger) to the baffling (Beyond Therapy by Christopher Durang).

March 2019 saw a sharp decrease in my movie watching, reflected by blank spots on the spreadsheet, and a drastic increase in Game of Thrones episodes in the “other” column. I caught up on the entire series in a month before the premiere - a mad dash that many would argue was futile.

After seeing 28 stage plays in 2019 and six before the shutdown in 2020 - as well as another dozen or so, virtually, during the shutdown - I remain astounded by the variety and quality of Colorado theatre. I can’t wait to be able to safely go see a play again – or a concert or standup show, like in October of 2019 when I saw Pete Holmes at Comedy Works and he was hilarious.

The spreadsheets also reveal that, when faced with a choice, I’ll always go with the funnier of the two options. Example: I watched Game Night and Blockers in the same week, but I’ve still never seen Schindler’s List. Sometimes, as in Fleabag, I get a little bit of everything. Except basketball, of course. But I got plenty of that during the five blissful weeks of the Michael Jordan documentary, The Last Dance.

The popularity of Goodreads, especially among library types, proves that this type of account keeping is common. And clearly desired. The film-centric website, Letterboxd, is similar. Personally, I’m less interested in reviewing than I am in pure consumption. My culture diaries, free from rankings or star ratings, confirmed what I suspected: I’m much more a compiler than a critic. That won’t keep me from spouting my opinions like a sprinkler, though. Just ask.

Am I the only one fascinated by a culture diary? Do you do anything similar? I would love to hear from any fellow track-keepers out there.

In the meantime, I’ll be logging my 2021 consumption. I’m already looking forward to assembling my spreadsheet at year’s end.