Submitted by Reannon Dreeszen on Nov 30 2019 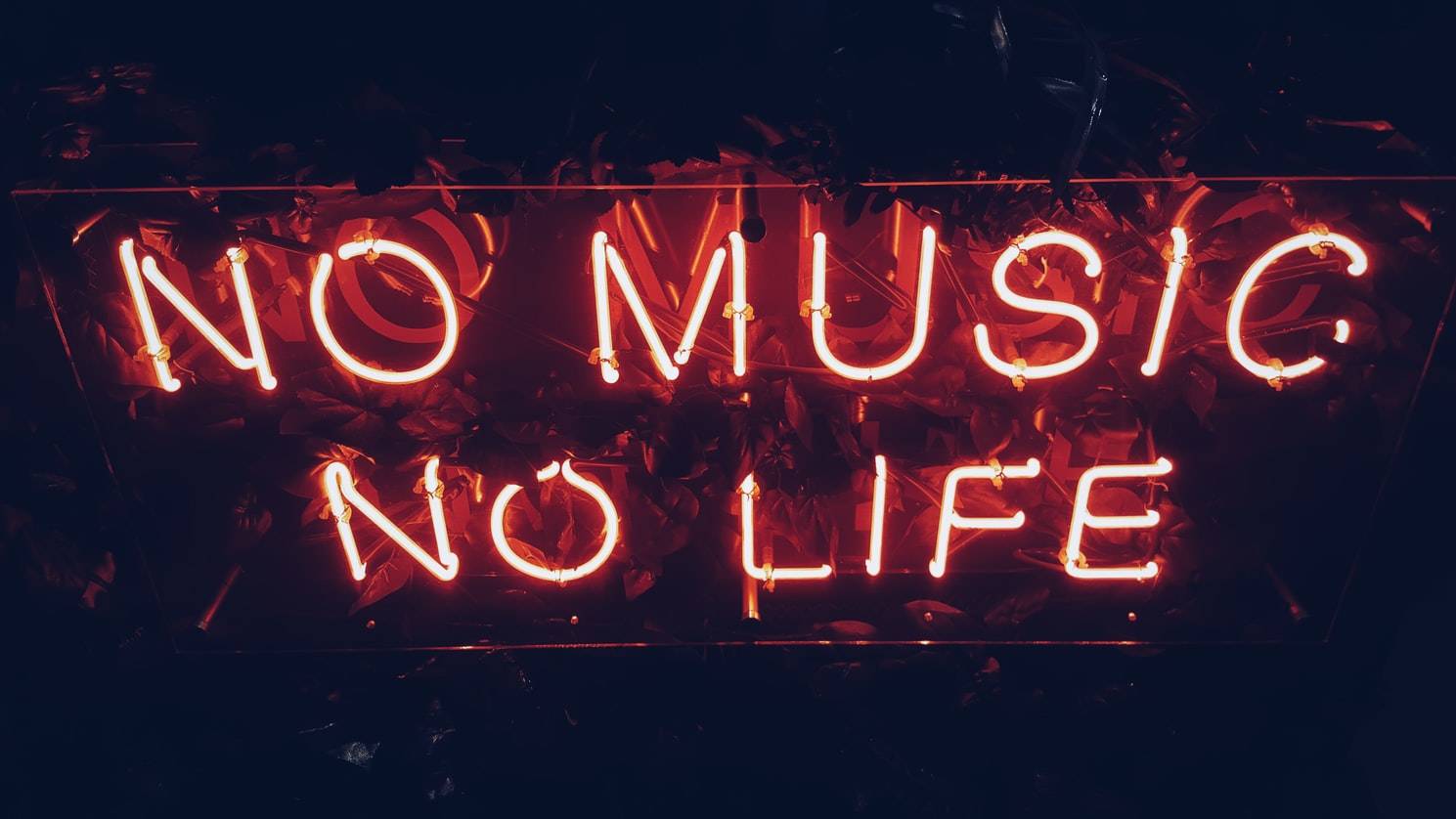 In a recent well-thought post, my colleague Julie made a case for two different kinds of favorite songs: songs tied to a particular moment in our lives (memory songs) and songs that seem like they've always been with us (forever songs). It has inspired our staff to follow suit.

When I actually started paying more attention to music in middle school I first became infatuated with lyrics. Suddenly, my boring life at home became filled with the stories of others on my radio. I quickly went from listening to what was considered "preppy" to being a "metal head" by terms of endearment from fellow schoolmates. Depending on what type of music you listened to, that's what put you into the many categories in school, as I'm sure we remember all too well. There was a stigma associated with each genre of music back then. There might be now, as well, but thank goodness I'm not in school anymore to know! With the glam rock era, there was an over-abundance of love songs/ballads and that is where my heart was at. Those ballads were what I was imagining for myself whenever I finally found love. At 13, my first boyfriend made a tape for me with several ballads on it. To this day I can't hear some of them without laughing at how "in love" I thought I was back then. The one that still gets me the most and takes me back to those days is "Don't Let the Sun Go Down on Me" by Elton John. It's such a beautifully written song, but I can't help but giggle every time I hear it. This for me is definitely a memory song.

Here are a few more Memory Songs for me:

"Ballad of Jayne" by L.A. Guns: This song came at a time when my best friend and I went our separate ways in ninth grade. We were inseperable for so many years and grew up at each other's houses that it honestly felt like she had died. I lost a piece of my heart and soul when she went her own way. I literally cried for months missing her and all of our fun times together. I would feel so angry whenever I'd see her at school with her new friends that I, at the time, wished she had died just so that I didn't have to see her happy. That's how the mind of a 13-year-old works. We don't think of what it would really be like if someone had died – we just want our hurt to stop. So this song, for me, helped my hurt. I'd belt it out as loud as possible whenever I'd hear it. And I still think of her today when I hear it.

"My Prayer" by The Platters: This was my mom and dad's wedding song. But since they were married before I was born, and I never thought to ask them about their wedding song, I didn't know this until I planned my mom's funeral. My dad wanted this song on the playlist to accompany the slideshow. When that song was done, he leaned over to me and said, "Let them know that was our wedding song." He hadn't told me until that moment as to why he picked that song for her playlist, so that was a humbling moment for me. This song will live on in my memory forever now.

"Old Time Rock and Roll" by Bob Segar: After my dad died less than two years after my mom, we played this one at his funeral. Bob Segar was always one of my dad's faves. Every time this song would come on he'd get his shoulders grooving to the music and just dance away. I still do the same any time I hear this song come on. It's as though my dad is still living through me when I hear this song.

"What Hurts The Most" by Rascal Flatts: Following my first of three miscarriages, on my way home from the hospital, this was the first song that was playing in the car and some of the lyrics just made me cry all over again. And I still think of what could have been every time I hear this song:

"And what hurts the most....was being so close"

"And never knowing, what could have been"

"Having so much to say, and watching you walk away"

In my mind, I was thinking of it as the baby walking away before I knew him. It was a very trying time for me at just 18 years old. I had an 8-month-old at the time and know she's what actually got me through the pain of losing a baby. But this song is still very hard for me to listen to without tearing up.

"Sad But True" by Metallica: On their "black album," when I was in seventh grade, this music changed my life of music forever! It gave me a whole new group of friends, and I'm still friends with most of them today. This gave me a whole new feeling of the person I was becoming, as well. Middle school is a hard time for any kid, and I was bullied like so many others were and are. For some reason, this song in particular gave me a feeling of not being alone, and I actually started feeling stronger about myself. The lyrics talk about "I'm your dream, I'm your eyes, I'm your pain," and at the end he finally says "I'm your truth, telling lies. I'm your reasoned alibis. I'm inside, open your eyes. I'm you," which just hit me like a big ol' slap in the face of reality.

"Without You" by Motley Crue: The abolute epitomy of the hair band ballad and, oh, is it a good one! I always wanted to find a love like what Vince Neil would sing about. I would literally find myself so lost in this (and many other) ballads that I couldn't wait to fall in love one day. Little did I know then that the lyrics were just that – lyrics. The love I was so desperate to believe was out there for me didn't happen at 13 years old. But dang it, I sure wanted it to. Oh, and I was super obsessed with Vince Neil for many years as a teenager. He was my dream.

"18 & Life" by Skid Row: While not so much a love song type of ballad, this was definitely a ballad that stood out from any others of its time. It's a song about a boy who accidentally kills his best friend and spends his life in prison, something that was actually pretty relevant at the time the song came out. It was a time of guns, underage drinking, making bad decisions, and having to live with the consequences. I still love to blast this song when I hear it. Sebastian Bach has the voice of angel and was also another love of mine. I was pretty obsessed with lead singers back in the day. I could go on and on about so many more lead vocalists of this time.

The soundtrack to Grease: This will always and forever be my favorite movie since I was about 3 or 4 years old. The music in this movie I've known by heart since I could talk. I learned to dance and probably do most of my talking from watching this movie. My parents used to work opposite shifts so that they didn't have to pay a babysitter. My mom would get me up, give me breakfast and all the morning motherly things you do, and then hand me off to my dad when he got home from work. Then, my dad would try to lay down and get a nap in while I'd watch Grease, repeatedly some days, while he slept. He made sure I knew how to opperate that VCR. As I was a little older, I remember rewinding and playing over the school dance scene so that I could dance to it. One day I remember catching my dad watching me and I got so embarrassed, but he was laughing at me thinking I was so funny.

I could go on and on and on about songs that have so much meaning in my life. Music is such a blessing in so many ways – from making you happy to making you sad, from making you reminisce to to making you angry. Music can bring out a whole bunch of different feelings and emotions for everyone. It lives within our very souls and can make us remember things out-of-the-blue. I personally love what music does for me on any given day. Different seasons also call for different genres of music. I can't imagine a life without music.