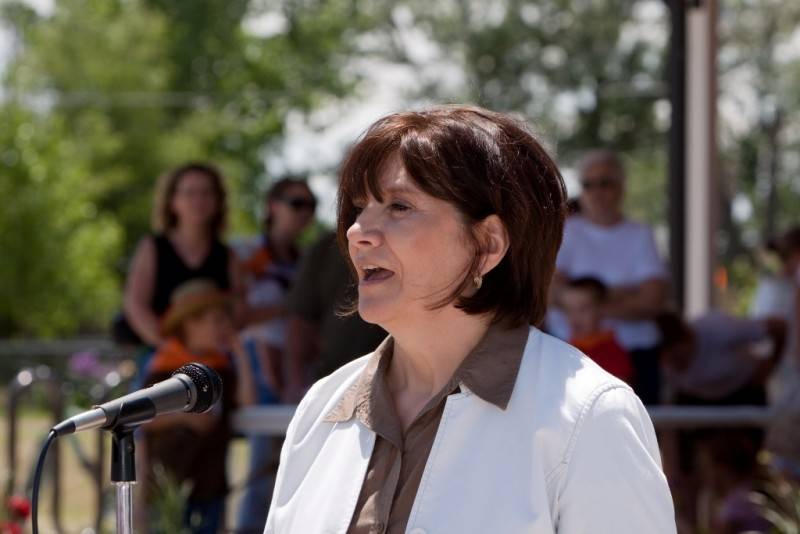 Rangeview Library District director Pam Sandlian Smith is the recipient of this year’s Colorado Librarian of the Year Award presented by the Colorado Association of Libraries. The award recognizes exceptional achievement during the past year by a librarian within the state of Colorado.

“When I finished college, I never wanted to be a librarian,” said Sandlian Smith. “Looking back, however, I can’t think of a better career for someone who has a big imagination and wants to make a difference.”

Sandlian Smith’s innovative and progressive view of libraries inspired the development of Anythink – the district’s new approach to library service. Under her leadership, the district implemented a bold new brand; built four new libraries and renovated three; converted to WordThink, the district’s new word-based classification system; restructured the organization; eliminated overdue fines; and reinvented the district’s approach to programming. All of this has occurred in the three-year period since she took the position.

The CAL Awards Committee selects winners each year based on nominations submitted by librarians and others in the library community.

“It’s great to give recognition to people who are truly paving the way in the library world,” said Molly Gibney, co-chair of the 10-person volunteer committee. “Every year we are excited to see the innovation and hard work that comes through in each nomination.  Colorado has great talent in the library field.”

The awards dinner ceremony will be held at the CAL Conference on Friday, October 8, 2010, at the Embassy Suites Conference Center in Loveland, Colo. Tickets for the Awards Dinner Ceremony can be purchased at http://www.cal-webs.org/conference.html or by calling 303-463-6400.

Thanks, admin sir wonderful blog with great content. Thanks Here am going to introduce the Terrarium tv app (https://terrariumtvappdownloads.com/) is the most used app to stream unlimited free movies and tv shows for free of cost. Terrarium tv has best features. In you want this terrarium tv app then simply click on the given link.