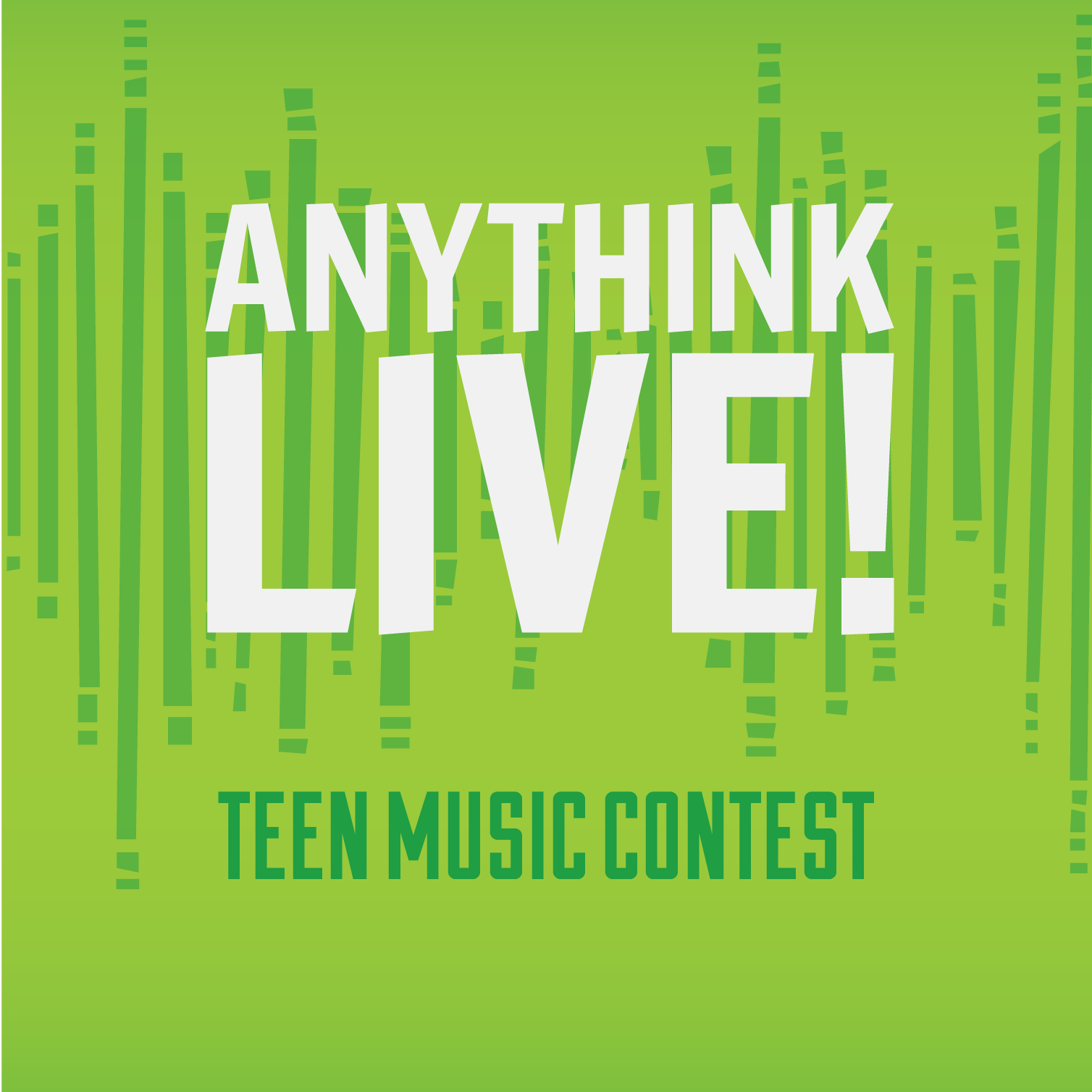 Anythink LIVE!, Anythink’s music contest for teens, returns for the second year in a row to celebrate the creativity and talent of Anythink’s teen customers. From May 20-June 3, area teens in grades 6-12 are invited to submit a demo of their original music. A panel of judges will narrow the selection, and the top acts will be put to popular vote online from June 20-30. Voting will be prompted through Anythink’s Facebook, Twitter and Instagram accounts. The winner of Anythink LIVE! will perform as the opening act at the Backyard Concert Series on Friday, Aug. 12, 2016. Winners will be announced at the July 8 concert. Information on the 2016 Anythink Backyard Concert Series lineup is forthcoming.

All musical genres and styles, including full bands or solo artists, will be considered. Demos can be submitted via SoundCloud and sent to wfteens@anythinklibraries.org by Friday, June 3, 2016.

Last year, five-piece rock band Altitude won the popular vote for Anythink LIVE! The teen group, based in Westminster, Colo., has since released a full-length album and continues to perform in the area.

Teens are encouraged to record their original music at Anythink, where they can explore their passions through informal learning opportunities. The Studio, Anythink’s overall approach to hands-on, participatory programming, encourages content creation by providing access to artists in residence, who help empower students to develop skills that are relevant to their lives and interests. In addition to a digital learning lab at Anythink Wright Farms, which includes a complete recording studio, teens from across the district have access to traveling audio recording kits. These kits provide tools like microphones, audio input and Garage Band to those who wish to record or edit music at their local Anythink.

Funds raised from this summer’s Backyard Concert Series will support the Anythink Foundation and the expansion of The Studio.