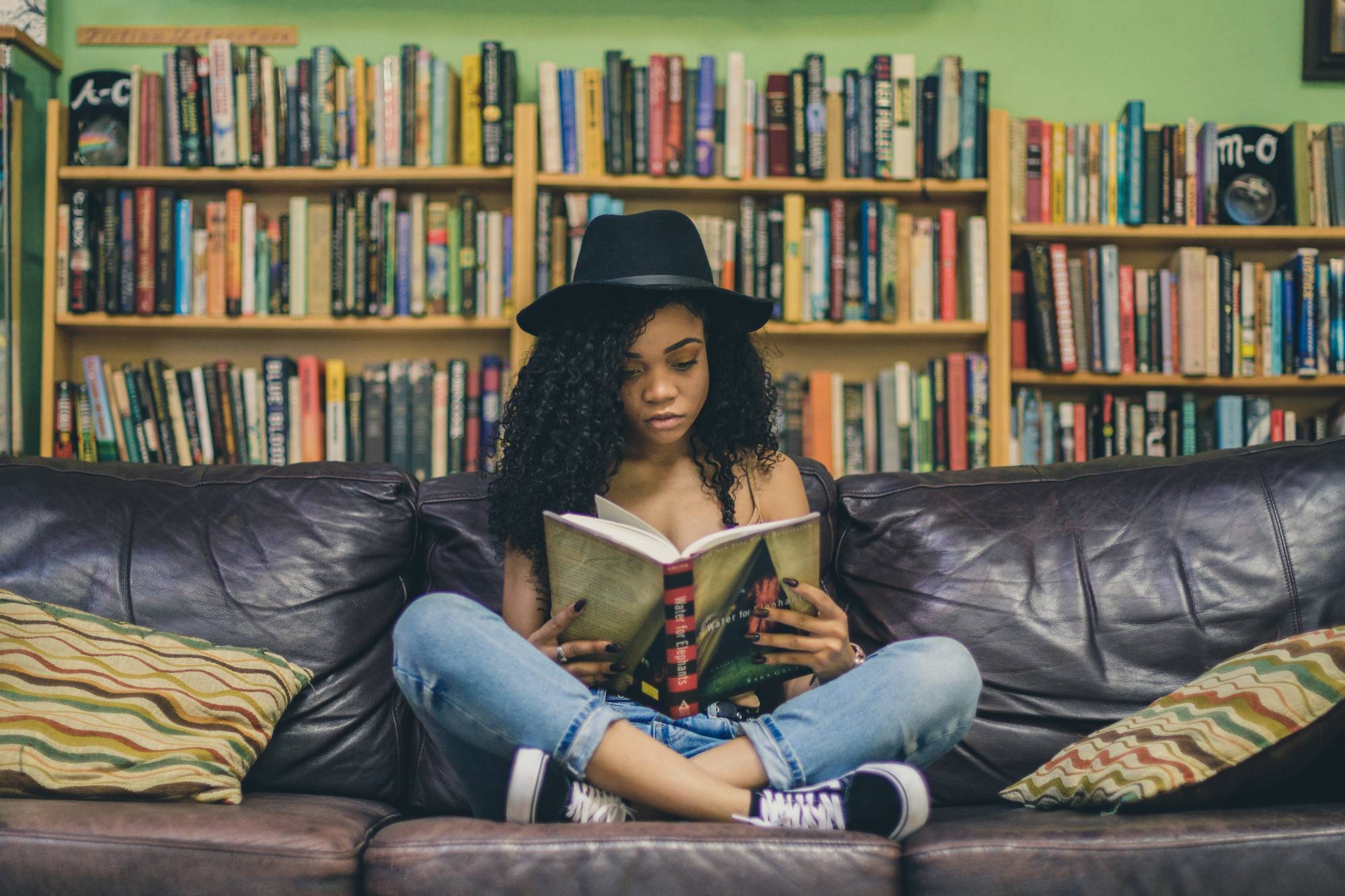 Each month, a group of teens gets together at our Anythink Wright Farms branch to discuss our favorite reads from the past month. Back in October, we gushed about our favorite spooky books. Despite all the horror enthusiasts in the room, most teens were excited about reading genre-bending works that mix fantasy, science fiction, thriller, and horror. Read more about their picks below, and stay tuned for more recommendations from the book squad.

A plague ravages the overcrowded Earth, observed by a ruthless lunar people. Cinder, a gifted mechanic and cyborg, becomes involved with handsome Prince Kai and must uncover secrets about her past in order to protect the world in this futuristic take on the Cinderella story.

"The setting of this book is really unique. It's an amazing read!" – K., freshman

Just before their sixteenth birthdays, when they'll be transformed into beauties whose only job is to have a great time, Tally's best friend runs away. Tally must find her and turn her in, or never become pretty at all.

"I loved the atmosphere of the book - extra creepy." – Madeline, Teen Guide

Summoned by a spell to the Lost Coast, Danny finds herself among the Grays, a coven of witches who challenge her perspectives and ask for help finding a missing member..

"I loved all the added details of death and war." – D., sixth grader

When her supernatural powers manifest in front of a noble court, Mare, a thief in a world divided between commoners and superhumans, is forced to assume the role of lost princess before risking everything to help a growing rebellion.

One of us is Lying by Karen M. McManus

"It is a real page turner. I love how mysterious and suspenseful the book is." – J., freshman

The Breakfast Club meets Pretty Little Liars, One of Us Is Lying is the story of what happens when five strangers walk into detention and only four walk out alive. Everyone is a suspect, and everyone has something to hide. Pay close attention and you might solve this.

Deep and Dark and Dangerous by Mary Downing Hahn

"This book really surprised me. If you like thrillers, it is definitely good!" – B., sixth grader

Just before summer begins, 13-year-old Ali finds an odd photograph in the attic. She knows the two children in it are her mother, Claire, and her aunt Dulcie. But who's the third person, the one who's been torn out of the picture? Ali figures she'll find out while she's vacationing in Maine with Dulcie and her 4-year-old daughter, Emma, in the house where Ali's mother's family used to spend summers. All hopes for relaxation are quashed shortly after their arrival, though, when the girls meet Sissy, a kid who's mean and spiteful, and a bad influence on Emma. Strangest of all, Sissy keeps talking about a girl named Teresa who drowned under mysterious circumstances back when Claire and Dulcie were kids, and whose body was never found. At first Ali thinks Sissy's just trying to scare her with a ghost story, but soon she discovers the real reason why Sissy is so angry. Mary Downing Hahn is at her chilling best in this new supernatural tale that's certain to send shivers down her readers' spines.