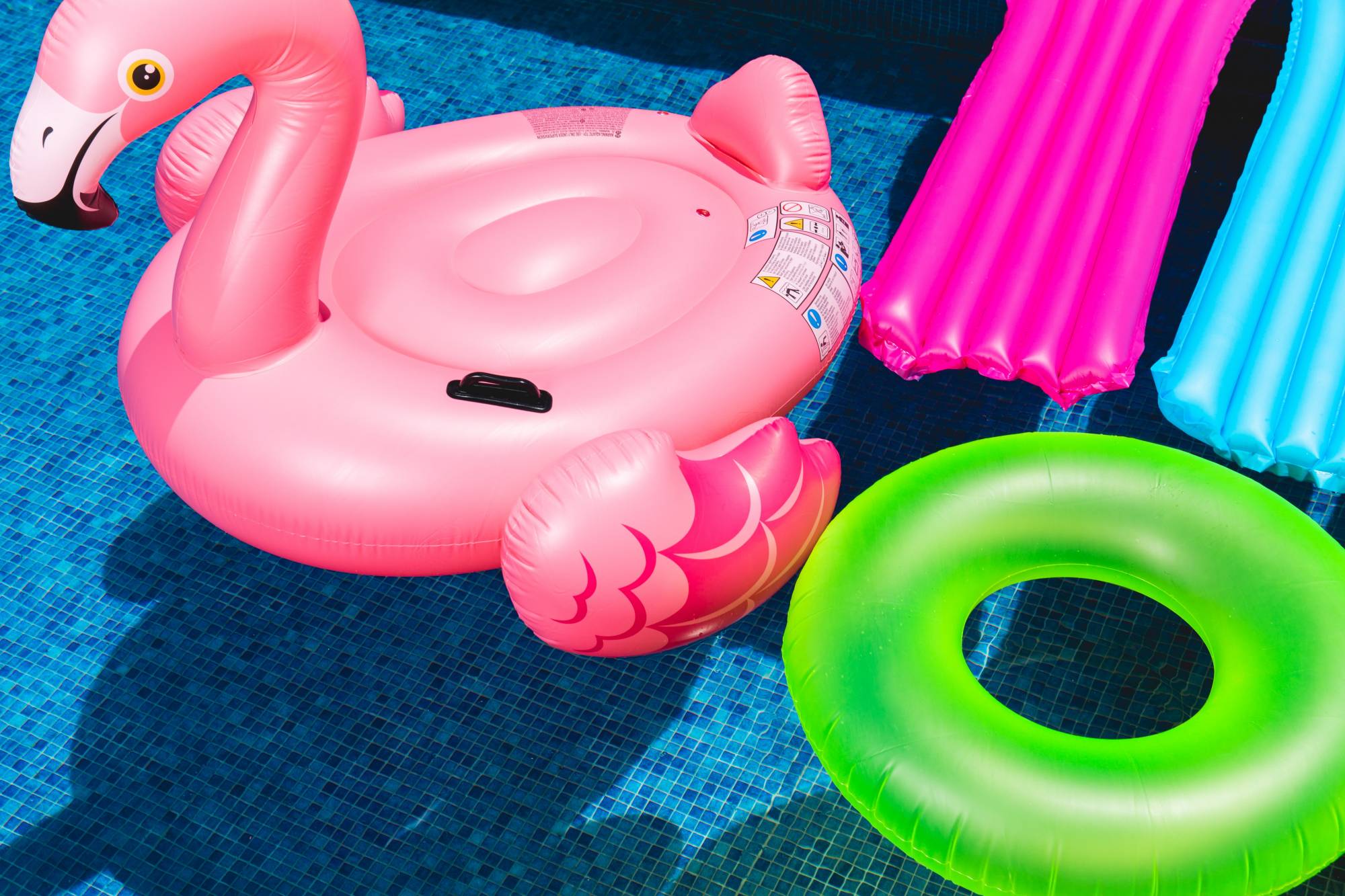 As adults, upon entering the working world, the joy of summer wanes somewhat. Suddenly, without solid months of vacation, summer flows with other seasons, only with longer days and hotter steering wheels. But there is still much to enjoy, including swimming pools, barbecues, water fights and nostalgia for summer days, all of which can be enhanced by the proper soundtrack.

Music is one of the best ways to keep the magic of summertime alive. I hope you'll listen to this feel-good, classics-filled playlist as the summer ends.

As I explained to my collaborators, this is not a playlist of summer hit songs (Cardi B’s “Bodak Yellow” is a good example of this). It includes songs that you can put on any year and immediately evoke the mood of summer.

I asked many of my Anythink coworkers to share their favorite summer songs to help me assemble this list. There was a great variety of responses, which is to be expected, but there was also a fun consensus that formed during my polling. Some repeat songs emerged – Mungo Jerry’s “In the Summertime,” The Beach Boys’ “Kokomo” and “Good Vibrations” by The Beach Boys, and Sam Cooke’s version of “Summertime” (although you can pick whatever version of this Porgy and Bess classic you enjoy most). “Summertime” is to the hot months of June through July what “Jingle Bells” is to Christmas.

These songs are not included.

This song carries on its legacy to a new generation of rap fans. Despite being the godfathers of emo rhymes, Atmosphere sounds positively bubbly on this song about overcoming a hangover and appreciating the simple joy of a bike ride on a sunny day. Ant’s beat sets the mood with piano and snare with a beat that’s a dose of serotonin. When Slug raps, “Even the birds are bumpin’,” I imagine the birds are listening, too.

Put your hands up, they’re playing your song – because this is everyone’s song. Imagine holding a large seashell to your ear. In that same way, if you play this song in the dead of winter and close your eyes, you’ll see palm trees zooming past the window of a convertible. Bonus points for it being a perfect Fourth of July jam, too.

“Island in the Sun” - Weezer

To a certain type of indoor kid from a certain generation, this iconic yet surprisingly rocking song is as hip (hip) as summer music gets.

On here in honor of my late father, but more than deserving. This is a strange subversion of 60s surf rock, infusing it with longing and melancholy, capturing the indelible ache of a summer’s end.

Speaking of fathers, this is the ultimate Dad Rock summer song. It seems so perfectly tailored to accompany a home video montage of a small town parade with kids and kites and food from a grill that I’ve literally used it for that exact purpose before.

“Luchini AKA This is It” - Camp Lo

This is it (what) – one of the best feel good hip-hop songs ever put on wax. “Luchini” is a whole vibe. The joyous horns, the aquatic bassline, the interplay of the two voices – it all somehow makes you want to dance and take a hammock nap at the same time.

“Feel Me Flow” - Naughty by Nature

Another contender for greatest feel-good hip-hop song. Let Treach’s flow carry you into the sky.

This song delivers as a cool, refreshing, wistful little ditty.

A step above a breeze from the king of the crooners, this song is tailor-made for movie montages of long days and summer loves.

Not to be outdone by her father, Nancy Sinatra teams up with Lee Hazlewood for this western epic. Those strings! Those horns! A fittingly eerie ode to boozy days with mysterious strangers, the fact that it never found its way into a Quentin Tarantino movie still astounds me.

This is really two summer songs in one, as Tribe took Lou Reed’s infectiously mellow, “Walk on the Wild Side,” added some record scratching and driving drums. Q-Tip and Pfife’s verbal brilliance to create a call and response hip-hop classic.

I recently heard the B-52s music described as “kids music for adults.” This song is so fun, so happy and so bizarre. You have no choice but to start cheering and carrying on with the voices of the party people on the song. Even if you’re listening all by yourself, you’re never alone at the Love Shack.

All you need to know is this song includes finger snaps, island horns and a dude saying “Hey hey hey, I’m on vacation.” I choose to believe this is a song about getting away from school or work for a vacation, not an adorable ode to enjoying one’s job. Good luck ever getting that hook out of your head.

Is it possible for a song to actually give off heat? I have to put my phone in the fridge after playing this on Spotify.

A special 303 selection, this might be the least recognizable song on the the list, but also might be the most apt. The first lyrics are “Coconut grove is a very small cove,” and it only gets more summery from there. Tennis, a wife and husband duo from Colorado, formed and recorded their first album, Cape Dory, after returning from a sailing trip. Every song exudes a laid-back seafarer sound, despite its landlocked origins.

Whether it's the summer or not, it sure feels like summer when Ice Cube describes one heck of a good day – and reveals himself as someone who tracks his own stats during a pickup basketball game.

One of the savviest moves a musician can make is producing a song that corresponds to a recurring event, whether it’s school being out for the summer (Alice Cooper) after graduation (Vitamin C), or pretty much anything related to New York (Jay-Z). It’s basically a requirement that “Firework” plays at any Fourth of July show.

What did we miss? I’m taking requests and building a playlist. In a few weeks, I’ll drop the link to a Spotify list that we can play the next time we’re feasting at a BBQ, enjoying a fireworks show, hanging out on a warm night, or suffering through the mid-winter snow, dreaming of swimming pools and sunshine.