Stories in a bottle: 'My Dinner with Andre'

Submitted by Jeffrey Schwartz on Jan 23 2018 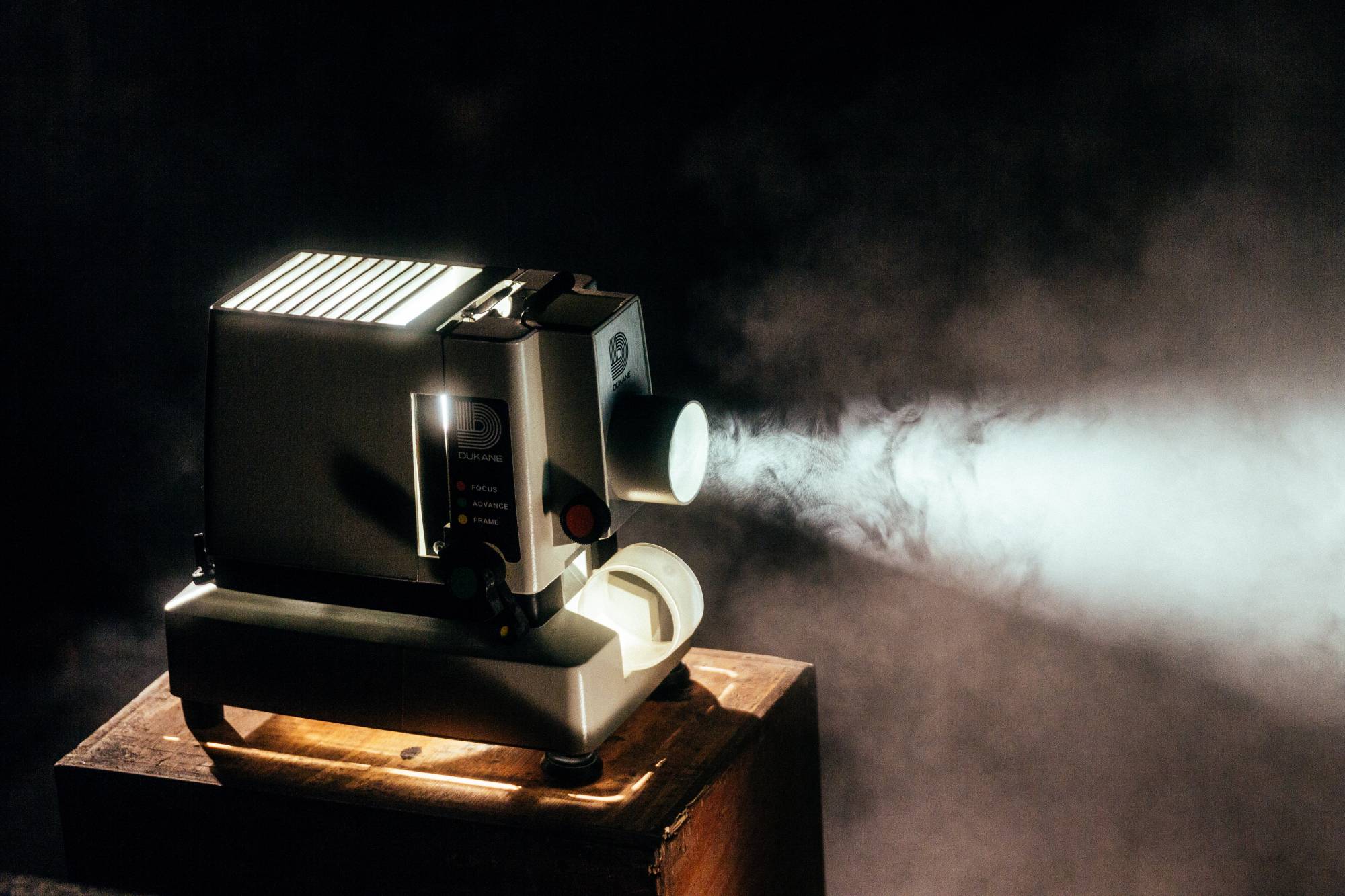 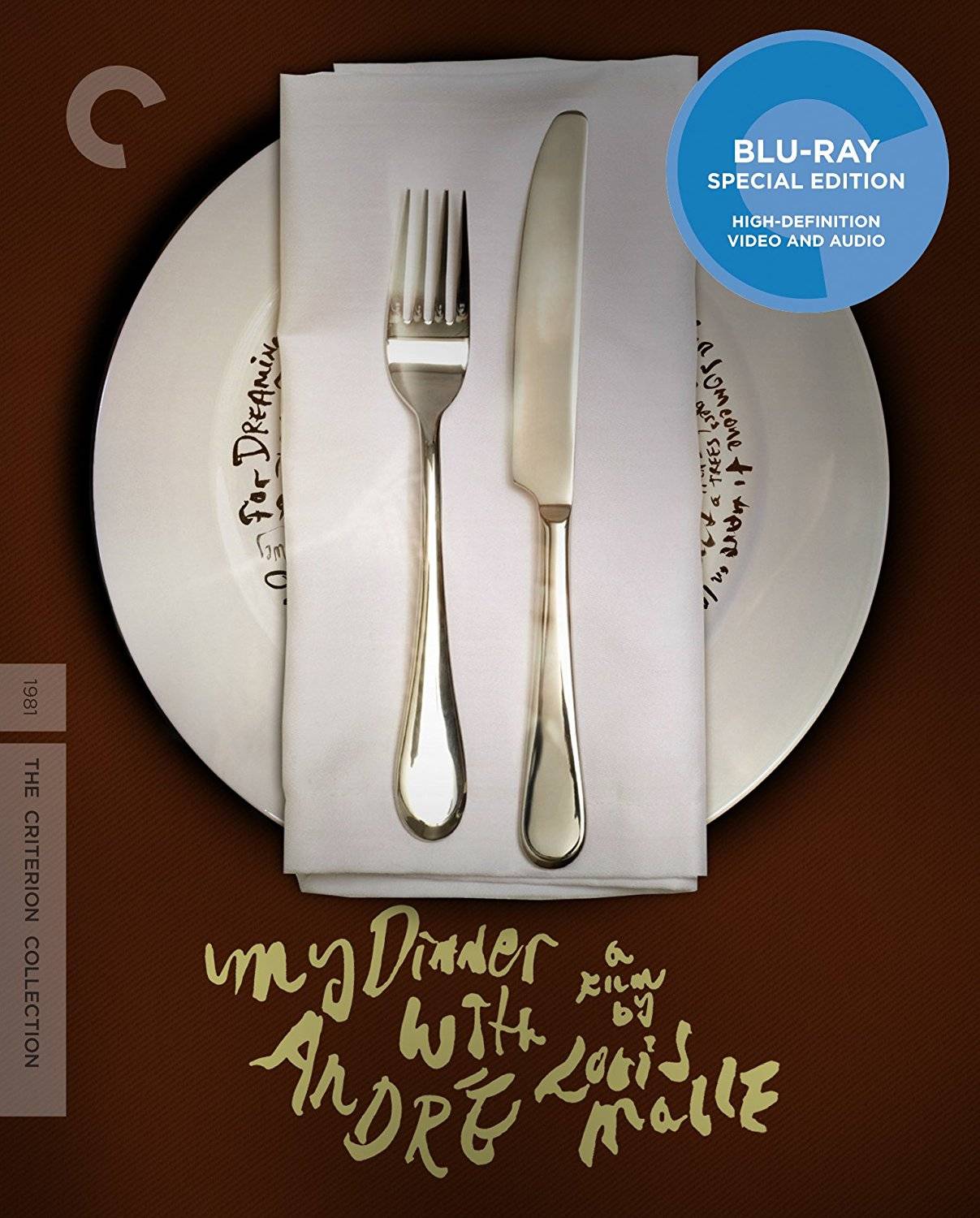 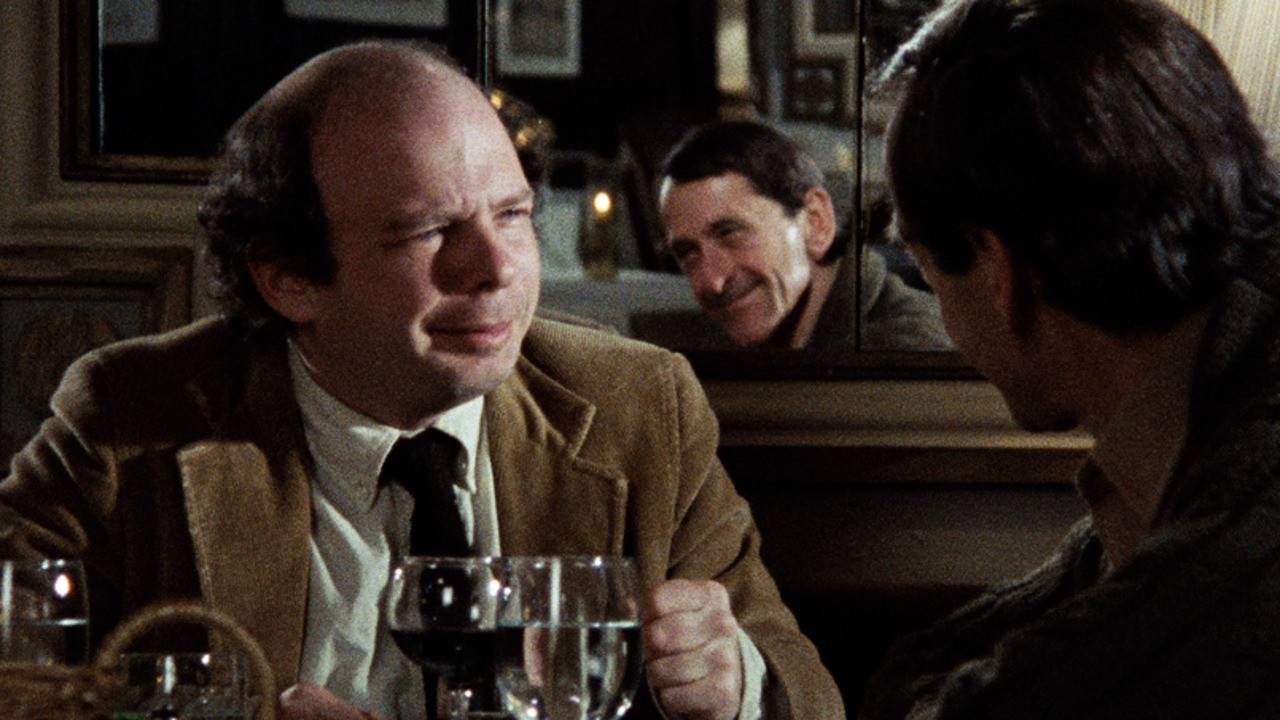 In most bottle stories, the characters are trapped. Nicole and I examined two such stories in our previous posts in this series. But there is another kind of bottle story. Rather than confining characters somewhere against their will and watching what happens, this other kind of bottle story simply tells a complete narrative with only one setting. The story could go to other places, but it doesn’t need to. This is perhaps the purest form of bottle storytelling. And yet the ostensible smallness of these stories allows them the freedom to tackle big ideas and delve deeply into human behavior.

Louis Malle’s 1981 film My Dinner with Andre is an exemplar of this kind of bottle story. There isn’t much plot to speak of, and aside from brief montages that bookend the film, everything takes place in a fancy Manhattan restaurant, more or less in “real time” (i.e. the amount of time it would take to have drinks and dinner and a digestif).

The film may not have much of a plot – though it does have a kind of emotional arc – but it’s full of stories. As Shawn and Gregory sip their drinks or pick at their food, they tell each other stories – rich, elaborate, weird, memorable stories (many of them apparently based on events that had happened to Shawn and Gregory as people). Gregory in particular is a vivid and engaging storyteller. He hardly ever raises his voice – a contrast to Shawn who can’t help but speak volubly – and yet he knows just how to vary his rhythm or tone to convey excitement and mystery, despair and elation.

Gregory dominates the first 40 or so minutes of the film, and it’s partly his skill as a storyteller that helps make the film so dynamic and alive, despite lacking all the major plot devices (danger, murder, supernatural visitations) that often help make bottle stories so captivating. Malle also resists the urge (and was no doubt constrained by the budget) to do cutaways to scenes that depict Gregory’s stories; he keeps the camera firmly on Gregory, interspersing reaction shots from Shawn. Yet, notwithstanding his skills as a storyteller, Gregory can also come off a bit pompous as he describes his travels to places like Tibet and Poland, and his search for a more authentic way of living and making art than he believes is possible in modern-day America. Viewers can be forgiven for trudging through the film’s first 40 minutes and wondering what all the fuss is about.

But the film takes a turn when the discussion shifts away from Gregory’s stories to how difficult it is to express our feelings directly. Here Shawn – who up until this point does little more than nod or ask “And then what happened?” – finds a subject about which he has something to say, and from this point on their dinner, and the film itself, becomes more of a dialogue and less of a monologue.

We learn a lot about these characters throughout the film, but do we really know them? As Gregory says toward the end, “The closer you come, I think, to another human being, the more completely mysterious and unreachable that person becomes.”

This irony is fundamental to bottle stories. Whether it’s Molly and Giles in Three Blind Mice or Mulder and Scully in “How the Ghosts Stole Christmas,” bottle stories put us in close proximity with characters who we come to understand deeply and yet whom we can never truly know.

I’ve seen My Dinner with Andre five or six times now, and each time I ask myself the same question: Why is this so riveting? It’s two guys sitting at a table talking to each other for nearly two hours. It has no right to be so engrossing or to feel so brisk.

I think that part of the explanation for the film’s success on these counts lies, as Jeff pointed out, in Andre Gregory’s storytelling gifts. He carries a large stretch of the film (the section that could easily have become stagnant) with nothing but his subtle inflections and facial shifts. The segment where he tells a rather horrifying tale of a Halloween ceremony he took part in is done entirely in a tight shot of his face, and it is enthralling.

The other key to the movie’s triumph is that it is not random. There is a structure to the conversation and an arc for the characters.

Section one is that which Andre dominates, talking of his quest for meaning in a Polish forest, the Sahara desert, and back in New York. It is established here that Andre is a talker and a doer, while Wallace is a listener and observer. This leads to section two, with Andre and Wallace finding common ground in the topic of falseness in people. It becomes more of a back and forth conversation, then a heated argument, leading to Wallace’s inevitable rant about the absurdity of everything Andre has been spouting about for the majority of their dinner. It is in this third section that Wallace finds his voice, and rather than being the silent agreeable sort he would normally be, he becomes the talker and Andre the listener. As he speaks, the camera is on Wallace, but in the mirror behind him, we can see Andre’s captivated face. Andre is intently hearing him, absorbing, and forming new thoughts. The two come back together for the final section of the film, where they give and take. They both listen. They both speak. They learn about each other and themselves. While maintaining their intrinsic sense of selves, they seem to experience a mutual understanding. They have achieved the connection with another human being that they have been discussing.

So, what’s it all about? Well, on a grand scheme, it’s an existential discussion centered around rationality vs. mysticism. It’s really just a snippet though, a miniscule moment, in the lives of these two people. It’s monumental for them as it’s occurring, but the next day will they really have changed or grown? Probably about as much as any of us do. And that’s the point, because as a bottle story, My Dinner with Andre is less about them and more about us. How we react to what these two have to say gives us a glimpse of our own views of the world, and of who we really are. As Andre says, “that’s pretty scary,” but it’s also one heck of a rush.

Siskel & Ebert "My Dinner with Andre"

The Simpsons - My Dinner With Andre