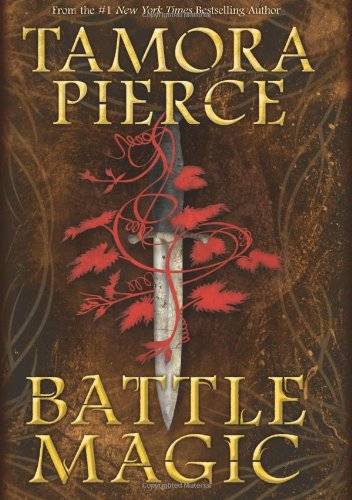 Consider the four classical elements: earth, fire, water, air. Which one best represents who you are? Or, if you were to tell a story using one of these elements, which element would you select – particularly if you were telling a story about yourself and your life?

Numerous authors tell diverse kinds of stories incorporating earth, fire, water and air. These elements are always present in our lives – sometimes quietly, and at other times, as mighty forces. Thus, they lend themselves to explorations of power and self within the world. It’s not surprising then that many fantasy authors use them when creating the special powers exercised by an individual character.

Here, I’ve listed eight fantasy works featuring one or more of the classical elements. These authors approach the elements from different angles, conceptualizing them in interesting ways. Some are concrete, depicting characters with elemental powers. Others include an element in less tangible ways. All of these authors tell good stories. Quite simply, I selected my examples from the many available primarily because these books were a pleasure to read.

Earth exploring in Battle Magic by Tamora Pierce. How can magic with plants be used in battle? Briar, a young plant mage, must find answers to this question in a hurry when he is caught in a war.

Earth exploring in Od Magic by Patricia A. McKillip. Brenden, a gardener who knows little of his power, and less of other people, must find answers to many questions about his earth magic if he is to experience love and connection.

Fire finding in Fire: Tales of Elemental Spirits by Robin McKinley and Peter Dickinson. Imagine fire as a power embodied in a hellhound or in flying dragons. These short stories conceive fire in diverse ways. Interestingly, creatures other than humans are the ones who possess the power of fire here.

Fire finding in Fire by Kristin Cashore. Now imagine fire, and also think about beauty, pondering pain as well as power. These ideas are explored with brilliance in this novel. While personifying metaphor, the author creates captivating, complex characters.

Water wondering in Troubled Waters by Sharon Shinn. Zoe has fascinating powers with water. I confess that I like to imagine having some of her abilities, given my own affinity with water. Her story of self-discovery and inner strength is intriguing from beginning to end.

Water wondering in The Ocean at the End of the Lane by Neil Gaiman. In this tale, a middle-aged man is pulled to his past, compelled to return to the mysterious waters in which his earlier story endures. In this instance, the element of water is conceptualized as much more than a power wielded by an individual. Gaiman’s ocean is deep with meaning. In part, it is a site of vast powers that remain incomprehensible to the central character, rather than belonging to him.

Air awakening in Legacies, Shadow Grail 1 by Mercedes Lackey and Rosemary Edghill. When Loch is first learning about elemental magic, he’s told that some of his own magical abilities, including how he can move silently and disappear from view, come from the “School of Air.” It’s an incidental point for the story as a whole, yet one that caught my attention, since I hadn’t thought about air powers in quite this way, previously.

Air awakening in Royal Airs by Sharon Shinn. In the second book in her elemental series, Shinn writes about air, focusing her narrative on Josetta, born of an air heritage. Shinn associates possibility and danger with the element of air, and infuses both into Josetta’s story. It’s an enjoyable read, light and quick in a way that’s fitting for a tale about air.

Thanks for the tips Laura! I hadn't heard of Od Elements or the two by Sharon Shinn before. I'll be sure to check them out, and hopefully I'll be [ahem] in my element.
Thanks! McKillip is slow reading, and worth it, I find: almost like poetry in prose form. Shinn is fast reading, and delightful, with great narrative and characters. I think you might like Shinn' s Shifting Circle series.