Slow down with 'The Slowest Book Ever'

Submitted by Jeffrey Schwartz on Jul 10 2019 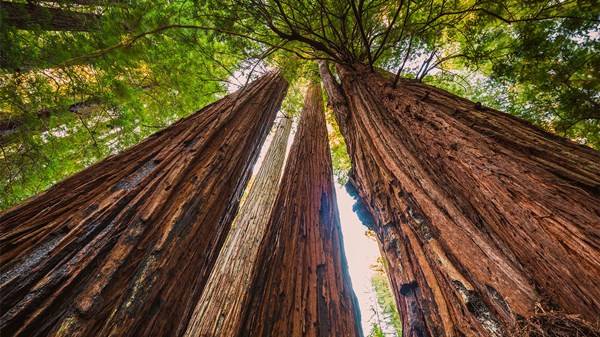 If I’m still reading a book after two weeks, I get antsy. Don’t get me wrong, I like to take my time with a book, appreciating its intricate plotting or dazzling prose or mind-expanding insights. But time is also a limited resource. A book that monopolizes my time makes me feel like I’ve been cornered at a party by a compulsive talker.

Although it’s shelved in our children’s science section, this is a book for anyone curious about the natural world. Unlike so many science books, even those aimed at a general audience, The Slowest Book Ever is brief, vivid, light on its feet. Between Sayre’s sprightly, accessible prose and Murphy’s witty illustrations, The Slowest Book Ever seems tailor-made for consuming in one big gulp.

And yet, almost perversely, the book wants you to read it slowly. Only by slowing down, Sayre argues, can you fully apprehend the wonders of science and the beauty of world around us. “Slow thoughts,” Sayre writes, “are big thoughts.”

Loosely organized in chapters like “Chewy nature thoughts” and “Slow geology facts,” The Slowest Book Ever introduces a new subject across each double-spread. Overall, the focus is time – how much time it takes a Saguaro cactus to grow, the perception of time among mayflies, the incremental changes of geologic time. Slowness is a theme, but of course slowness is relative. For example, on the issue of how a mayfly perceives time, Sayre writes about recent studies that suggest flies experience time in a kind of slow motion, which is what allows them to evade swatters or the human hand with such speedy dexterity.

The text of each entry is succinct, describing a scientific question or area of research with just enough detail to both educate and intrigue; anyone who wants to learn more about a subject can turn to the “Not-Exactly-End-Notes,” where Sayre lists her resources and explains her research process. She’s honest about what we don’t know, or when the research on a subject is in its early stages. Most impressively, Sayre’s text gracefully navigates the tightrope act of never talking down to its audience while still maintaining intellectual rigor – an exercise that has tripped up many a science writer.

Kelly Murphy’s illustrations are just as integral to the book’s success. Perhaps my favorite visual in the book is of a giant sequoia. The trunk spills across from one page into the next, suggesting the almost unfathomable enormity of these ancient trees. The sequoia’s circular rings are repurposed into a timeline that begins in sixth century BCE when the tree started growing and democracy was adopted in Athens, and ends in the 20th century with the launch of the Voyager 1 and 2 probes to explore the outer solar system.

It’s one thing to be told sequoias can live thousands of years; it’s another thing entirely to see how the life of one tree could span most of human civilization. These are “chewy thoughts,” indeed, both humbling and transcendent.

Not all of Murphy’s illustrations are so weighty; indeed, many of the book’s visuals complement its lighthearted tone. In one memorable illustration, Murphy shows a caterpillar metamorphosing into moth after entering a “pupa booth,” à la Clark Kent. Other illustrations depict a scientist besieged by towers of paper meant to represent all the data Voyager 1 and 2 have sent back to Earth, or a bunny ordering raisins at a drive-thru only to be told by a turtle employee that the order will be ready in about three weeks. These illustrations will no doubt entice a younger audience, but Murphy is clever enough that adults can enjoy them as well. Who says a book about science shouldn’t make you smile or laugh?

In an interview toward the end of his life, Carl Sagan clarified that science “is more than a body of knowledge. It’s a way of thinking.” There is plenty of astonishing knowledge that The Slowest Book Ever imparts. But its greatest achievement is in enacting Sagan’s axiom, promoting a way of thinking, a way of seeing the world, that will persist long after you’ve forgotten specific facts. “If you think slowly enough,” Sayre writes, “the entire world can be amazing.”