Submitted by Nicole Falcone on Jun 2 2016 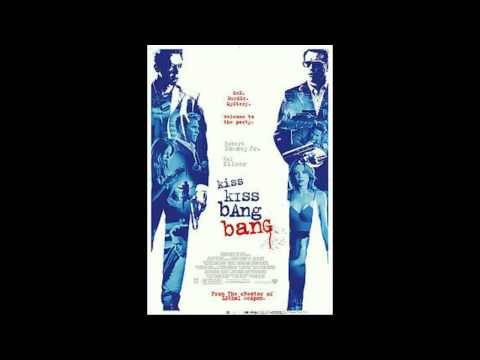 If you’ve seen the recently released film The Nice Guys, you were treated to a clever, funny, and offbeat tale of a couple of sad sacks (one a hired enforcer, the other a private eye) navigating the bizarro land of 1977 Los Angeles. And while this twist on the buddy-action-comedy is a good time, it’s hardly new territory for writer/director Shane Black.

In 1987 Black wrote a little movie called Lethal Weapon, and saw his stock soar… then plummet, with a string of creative and box-office disappointments. In 2005 he took the reigns himself with his directorial debut, Kiss Kiss Bang Bang. This gem of a film was rightfully met with glowing reviews, and has gained something of a cult following on DVD.

Still, it remains underseen, as its release fell at the time of career dead-zones for stars Val Kilmer and Robert Downey, Jr. Both are magnificent, by the way, and though Downey’s 2008 career comeback has been most welcome, one does miss the days that he played many characters who were not Iron Man or Sherlock Holmes (no, The Judge doesn’t count).

Kiss Kiss Bang Bang is a darkly comedic, noir-tinged, self-aware send-up of the very buddy-action tropes Black helped create. It follows Harry (Downey), a burglar-turned-actor, due to a most convenient mix-up. He finds himself embroiled in a few murders, teams up with P.I. Perry (Kilmer), and fatefully interacts with struggling actress Harmony Lane (Michelle Monaghan). To say more would spoil all of the twisty fun. If you haven’t had the pleasure, copies are available in our catalog.

This is definitely going on my to watch list! Thanks Nicole.