The quietly haunting drama of '45 Years' 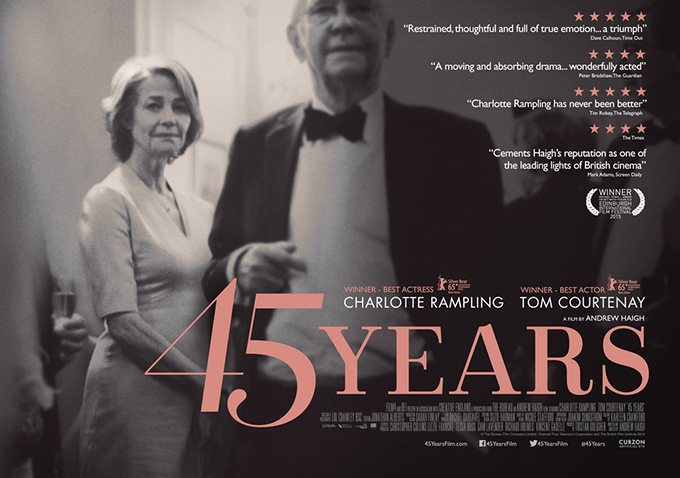 You can never truly know another person’s interior life, and once a suggestion has been planted in your brain, whether it be fact or fiction, it cannot be unthought. These are the deep ponderings of 45 Years, a film that wraps its lofty intentions in a seemingly simple package.

Recently released on DVD, it is a story that takes place over the course of six days, leading up to the 45th wedding anniversary of Kate (Charlotte Rampling) and Geoff (Tom Courtenay). Right off the bat, Geoff receives word of a discovery that evokes the memory of his tragically lost lover from half a century ago. The resurgence is at first met with minor concern, but soon begins to quietly reverberate in the couple’s every action.

The brilliance of 45 Years (and what renders it so haunting) is its adherence to the mundanities of life. There are no overtly grand or sweeping moments, but make no mistake – there is devastating drama unfolding. The calm and truthful manner in which it does so is all the more needling.

Courtenay’s elusive performance is perfection, as he leaves the audience as in-the-dark about his actual thoughts and emotions as his wife remains. This is Kate’s story really, and Rampling’s Oscar-nominated embodiment of her is heartbreaking. She resonates every spectrum of the rainbow, as she grapples with a seed of doubt which, when it comes to her marriage, could mean very little, or just about everything.