Submitted by Jeffrey Schwartz on May 24 2017 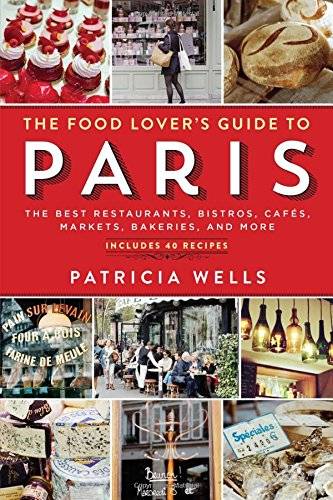 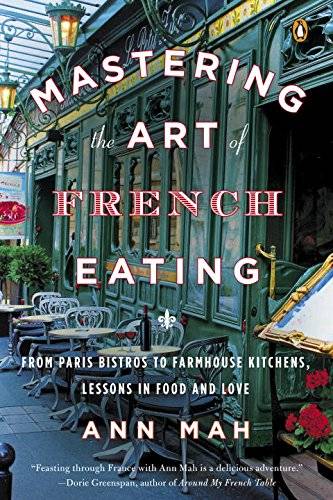 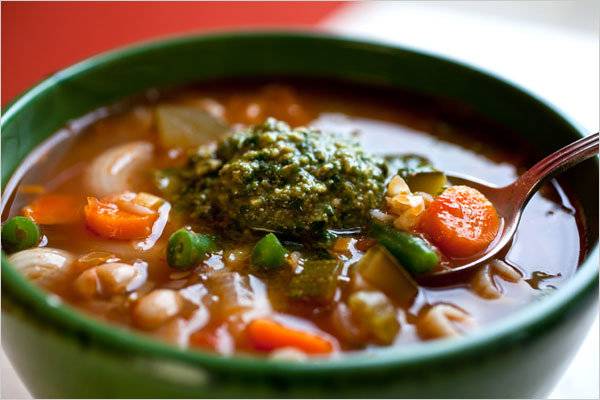 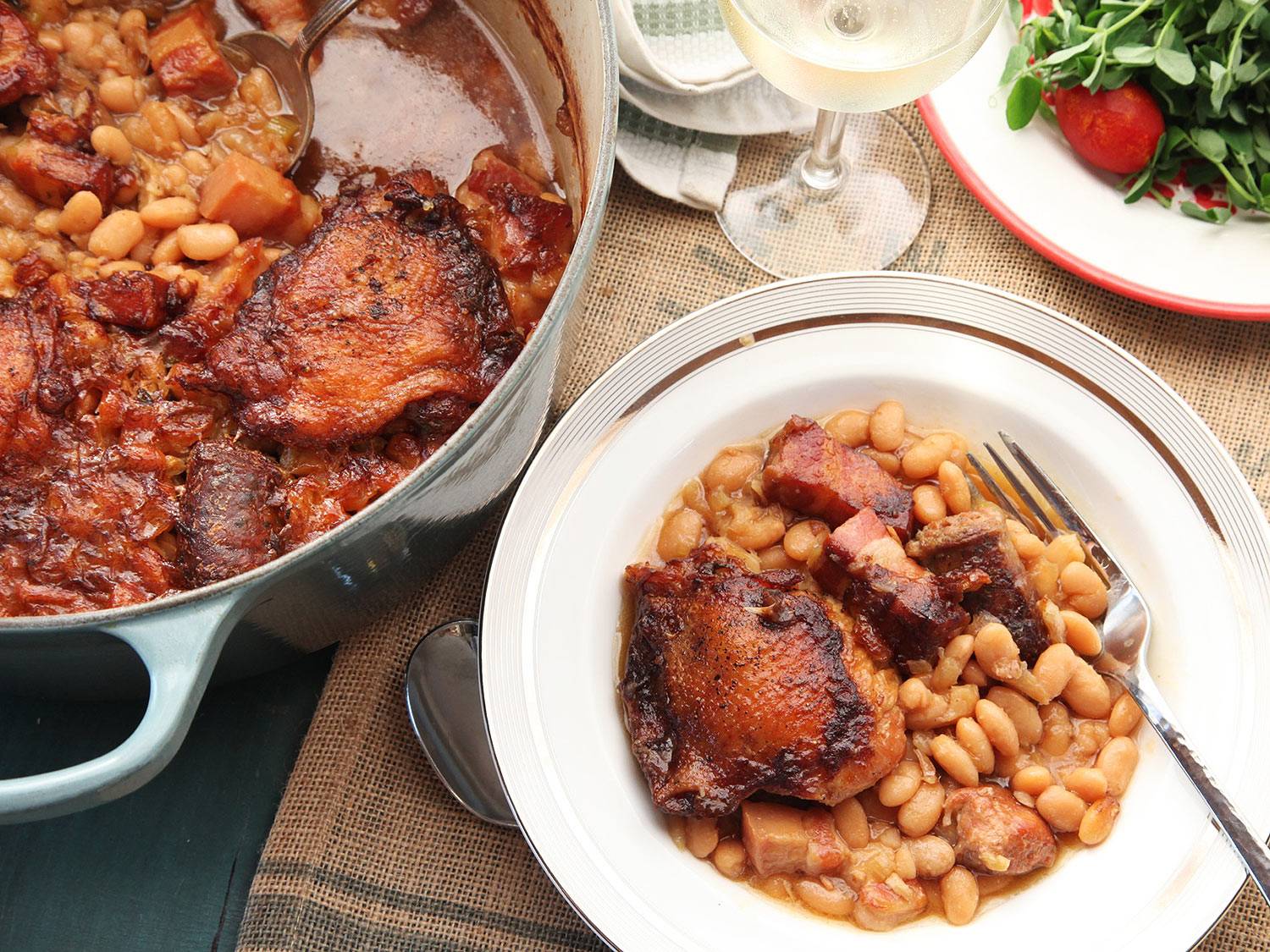 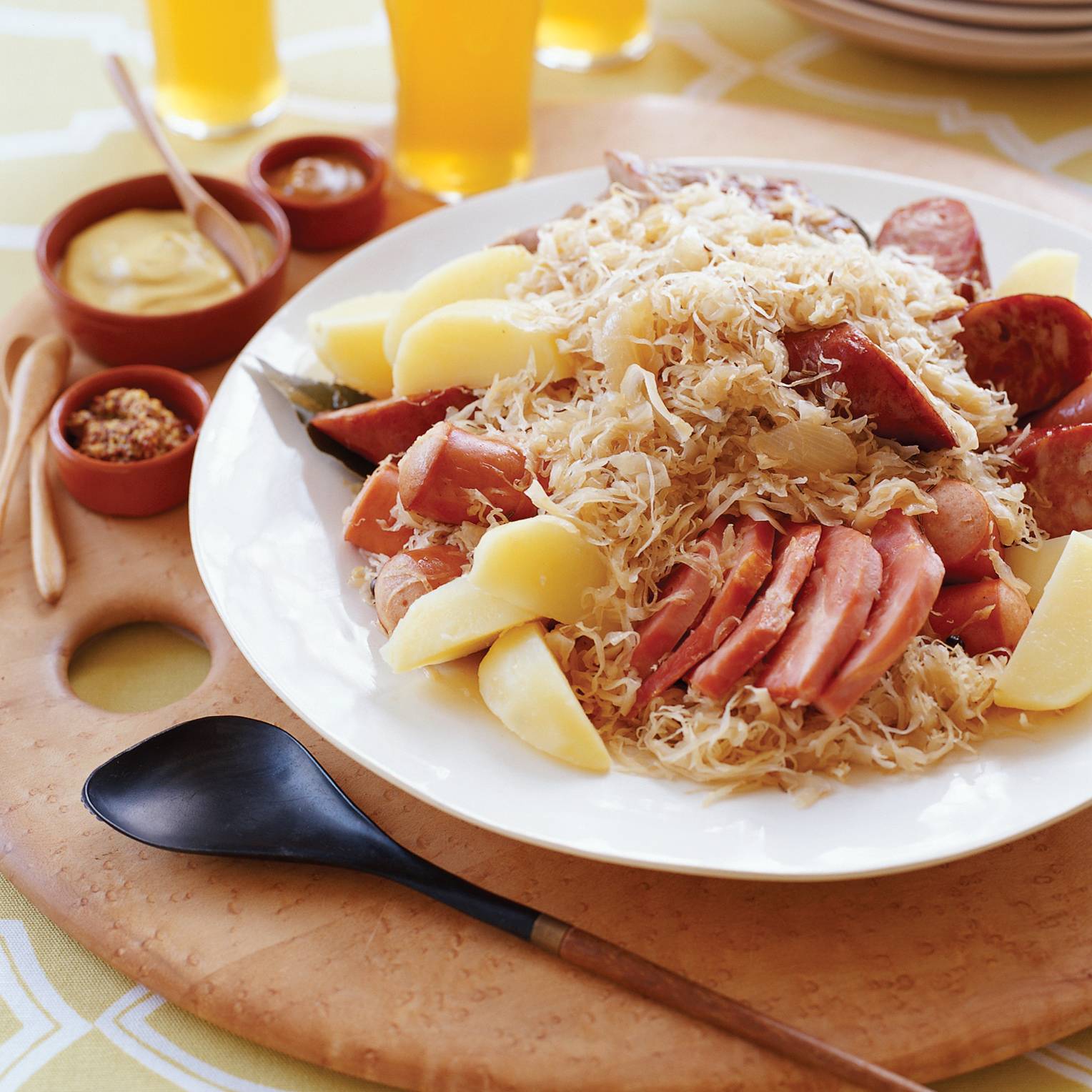 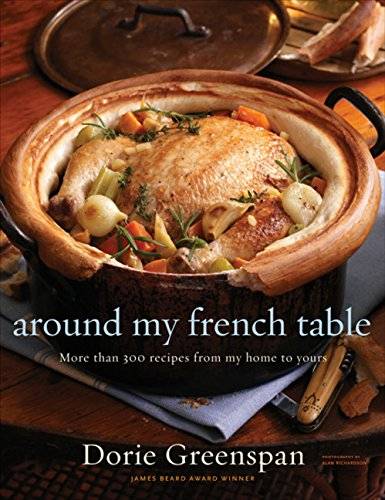 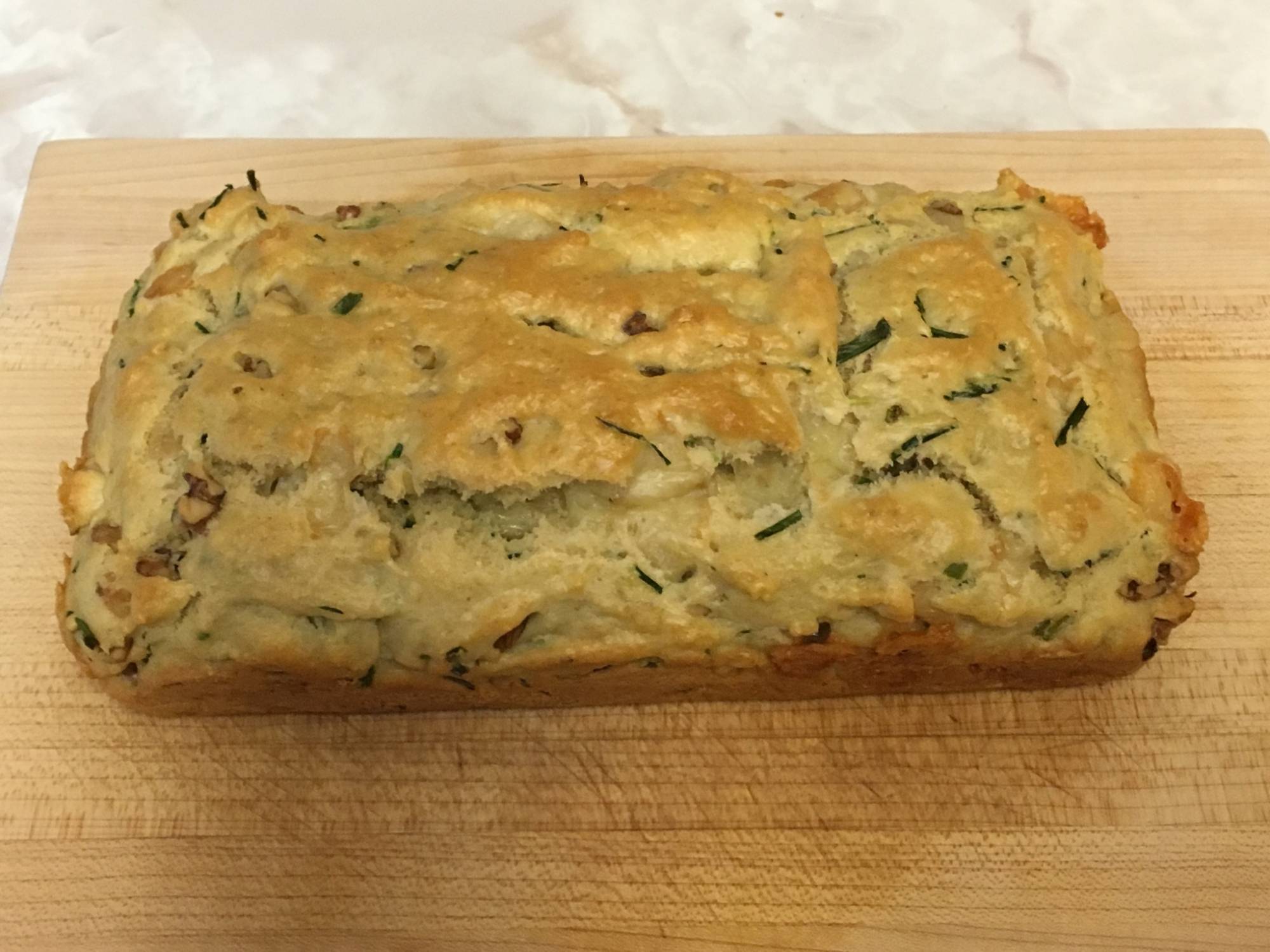 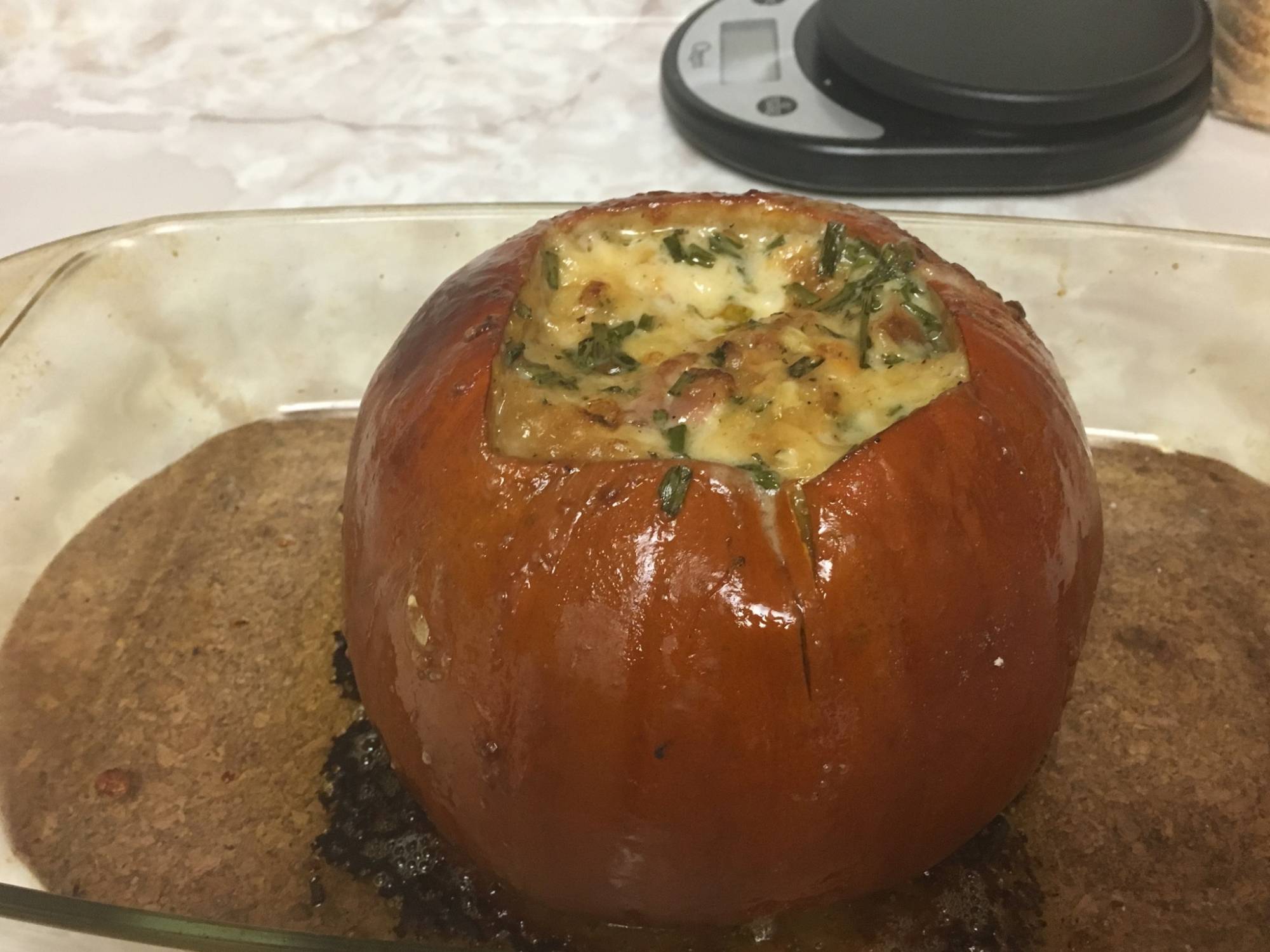 Paris attracts people for all sorts of reasons. Picasso came for the bohemian art scene that thrived in Montmartre. Hemingway, Fitzgerald and other Lost Generation American expats sought refuge and inspiration (not to mention the occasional drink) in the cafes of Saint Germain and Montparnasse. Jazz musicians like Josephine Baker, Coleman Hawkins and Louis Armstrong fled Harlem and Chicago for Pigalle and the Latin Quarter, finding receptive audiences and a more racially tolerant society in which to practice their art. And just a few months ago, now-president of France Emmanuel Macron invited American scientists and entrepreneurs to relocate and work with their French compatriots on solutions to climate change. As for myself, I’m going to Paris for the food.

From a practical standpoint, few books have been more helpful in our gastronomic education than Patricia Wells’s The Food Lover’s Guide to Paris. Originally published in the '80s, Wells has updated her invaluable tome every few years with information about new eateries and chefs, while also removing any establishment that fails to meet her exacting standards.

The book is divided into categories such as “Restaurants, Bistros, and Brasseries,” “Cheese Shops” and “Bakeries,” and organizes each section by arrondissement. Wells’s entries are brief, opinionated and evocative – a far cry from the truncated, impersonal capsule descriptions you find in most guidebooks. Praising the fare of one modern bistro, Wells writes, “I confess that when I sit down to examine a restaurant menu and find a cornucopia of seasonal vegetables on the list, I want to get up and kiss the chef!”

Such ebullient descriptions make the experience of reading the book not unlike sitting down with an especially knowledgeable foodie friend who’s always got a bead on the best places to eat and drink. For this and many other reasons, The Food Lover’s Guide to Paris is an indispensable asset for any gastronomy-minded Paris tourist.

France’s relatively diminutive size as a country – it’s roughly the size of Texas – belies the breadth of its regional culinary traditions. While American cuisine is viewed as an improvisatory concoction with myriad ethnic influences, French food is often stereotyped (in our country, at least) as a monolith; nothing but bread and snails and cheese and wine. And while bread and snails and cheese and wine all have their place in French gastronomy, what constitutes French food varies terrifically depending on whether you find yourself in Burgundy or Brittany.

Helping to make sense of France’s tangled culinary history is Ann Mah, author of Mastering the Art of French Eating. Although the book is first and foremost a memoir of the four years Mah spent in Paris working as a writer and living the life of a diplomat’s spouse, Mah also offers a de facto history of regional French cuisine. French food, she notes, “absorbed flavors and techniques through its porous borders, via age-old rivalries with Italy, Spain, Germany, Belgium (to name but a few), and by way of its former colonies in North Africa and Southeast Asia.”

Over the course of 10 chapters, Mah explores France mouth-first, sampling cassoulet from Castelnaudary, soupe au Pistou from Provence and andouillette from Troyes. Each chapter ends with a recipe for the dish under consideration. Mah’s sojourns also give her an opportunity to elucidate not just French food, but French culture, politics and social history as well. Fleeing Paris for Provence – a Parisian tradition during the summer – Mah explains how France’s liberal vacation policies stem from the social reforms of the Popular Front government in the 1930s. A trip to Alsace to sample choucroute (“finely sliced, fermented cabbage...topped with sausages and ham”) occasions an examination on cross-cultural identity and the fraught status of the étrangère (foreigner) throughout France’s history.

Mah balances these historical and cultural ruminations with her own story, candidly sharing the joys and contretemps of living in a foreign country. If you’re interested in French gastronomy, a good memoir or simply want some tasty, authentic French recipes, Mastering the Art of French Eating is sharp, edifying and joyful – just like the best meals, come to think of it.

All this research is a famishing business, and what better way to prepare for our culinary adventure than by trying some French favorites in our very own maison? Dorie Greenspan’s Around My French Table is a charming, eclectic introduction to French home cooking, and her recipes have been filling our house with delightful smells and flavors for months now.

Although she includes French classics like pot au feu (a really, really good beef stew, basically) and pommes dauphinois (the best potatoes you’ve ever eaten), Greenspan is never didactic, often encouraging readers to make something their own and offering alternatives for ingredients. She also acknowledges the influence of North Africa and East Asia on French cuisine, and includes recipes for dishes like Vietnamese Chicken Noodle Soup and chicken b’stilla.

I can personally vouch for a number of Greenspan’s recipes. Her Savory Cheese and Chive Bread is a saporous pleasure – tangy, creamy, herbaceous. Meanwhile, her Côte d’Azur Cure-All Soup, which I whipped up and sampled one weekend while feeling distinctly beneath the atmospheric conditions, is a refreshing, garlicky broth with a buttery texture and color thanks to the last-minute addition of half a dozen egg yolks and parmesan; I can’t speak to its medicinal value but it certainly improved my sagging spirits.

By far my favorite Greenspan recipe is “Pumpkin Stuffed with Everything Good.” Unlike so many recipes titles, which obfuscate rather than illuminate what they’re meant to describe, this one spells it out plainly: a hollowed-out pumpkin is filled with cheese and bread and garlic and bacon and herbs and cream, baked for about two hours, carved into slices and served piping-hot. On a cool autumn day, the sky gray, the trees bare, and the air crisp with approaching winter, there is, literally, nothing better.

A cynic might view all this gastronomic “research” as, at best, unnecessary and, at worst, an excuse for indulgence. Although in my book occasional indulgence needs no excuse, I won’t deny the appeal of using our honeymoon as a pretext to immerse ourselves intellectually and corporally in French cuisine. But food is so much more than carbs and fats and proteins that we masticate and gulp down and convert into energy. Food, especially for the French, is culture and history and family. Food is a way to travel without leaving your kitchen. And so, even though our honeymoon won’t happen till this fall, in a way, we’ve already begun our journey to Paris.

Patricia Wells is one of our favorites and I can personally vouch for The Foodlover's Guide to Paris. This guide is also an app and can save you both time and $$ while traveling. From markets to cafes to places to have those special meals, her recommendations are always reliable. Thank you for this delicious blog on French cooking. I agree, sometimes cooking a delicious meal at home can be the most economical way to experience a wonderful culture. Thank you for these great cookbook recommendations.
Thanks for the kind words, Pam. I've been familiarizing myself with the Food Lover's app, and it's great. Can't wait to use it in Paris!
Ahhh Paris! Reading your blog brought back so many wonderful sights, smells and tastes. One of my favorite memories is taking a walking tour and purchasing Pain au Chocolat or a chocolate filled croissant at a small bakery, such deliciousness! As this was the only the first day in Paris, I knew I was in store for so many new and wonderful epicurean delights.