'Poldark': For fans of 'Downton Abbey' 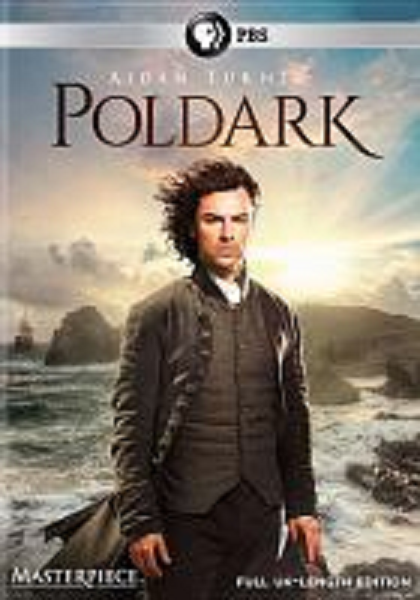 Are you a Downton Abbey fan? Are you sad the show is in its final season? Do you have that "What will I watch now?" feeling?

I feel your pain.

Who else will be able satisfy our desire for entertainment they way the characters of Downton Abbey have with their structured strict decorum and taboo behaviors? What will we do without all the pithy remarks of Violet Crawley and her cut-to-the-quick honesty? Not to mention all the gorgeous clothes, the beautiful dresses, the stylish fashions...where will we find that?

Well, believe it or not, I think I found the answer: Poldark.

Poldark is a BBC production based on the novel Poldark by Winston Graham. It is to the Georgian era what Downton Abbey is to the Edwardian era. Full of unique characters, beautiful Cornish scenery, political intrigue, economic struggles, and a love story that crosses class lines, it is romantic and passionate, brave and honest.

Where most of the characters in Downton Abbey have a very refined presence, Ross Poldark, played by Aidan Turner, has edge. His time spent fighting the in Revolutionary War in America has definitely gained him a new perspective on everything from love, class, liberty and loyalty. And while he may be a little rough around the edges, the love story between Ross and his wife Demelza (played by Eleanor Tomlinson) is endearing and heartfelt.  In an era where many men claimed the title of English gentleman, Poldark demonstrates there is more to being a gentleman than having the right pedigree.

Season two is set to be released later this year but you can check out season one at your local Anythink.