Submitted by Jeffrey Schwartz on Aug 27 2018 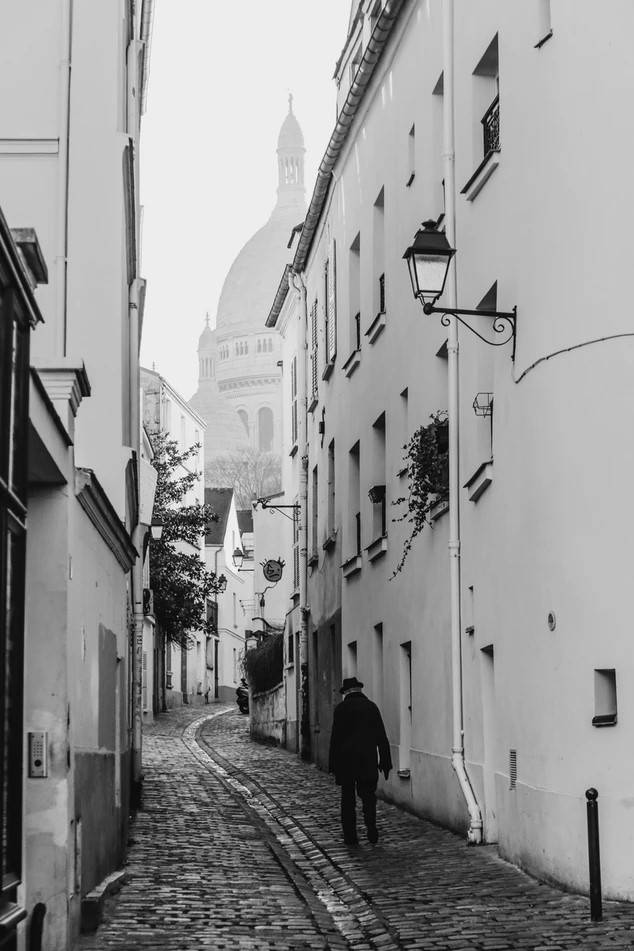 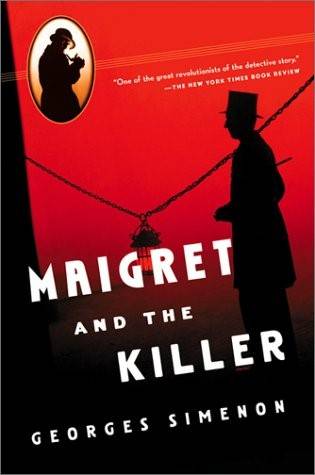 Before I started reading the Maigret books by Georges Simenon, I never really understood the appeal of mystery series.

To be fair, I’m ambivalent on series in general, and have written on this blog before about my enjoyment of self-contained stories. When I would browse the shelves in our mystery section and see long lines of series, I felt, well, intimidated. Series seemed like work. I was under the impression you had to start with the first installment and were never permitted to skip around, lest you miss some crucial bit of story or character detail. More importantly, I couldn’t understand why people would want to read the same kind of story with the same characters over and over again. Wouldn’t the books become repetitive and predictable?

But my attitude changed when I picked up Maigret and the Killer.

I’d of course heard of Jules Maigret. He was the French analogue to Sherlock Holmes, his stories frequently adapted, most recently for British television starring Rowan Atkinson. Yet despite my Francophile sympathies, I’d avoided the Maigret series for many of the reasons I enumerated above. Georges Simenon wrote 75 Maigret novels. If ever there were a series to intimidate the casual reader it was, seemingly, the Maigret series.

But after an enthusiastic recommendation from my wife, I decided it was time at last to see what all the fuss was about and picked up Maigret and the Killer. Less than a month later, I’ve read four Maigret books and have no intention of stopping any time soon.

As I’ve learned, you needn’t read the Maigret series in any particular order. Maigret and the Killer, published in 1969, comes toward the very end of Simenon’s run of Maigret novels, and while I no doubt missed out on subtleties I would have appreciated had I started from the beginning, I never felt confused or otherwise frustrated. If you’ve never read a Maigret novel, Maigret and the Killer is as good a place as any to start.

The story traces the inexplicable murder of Antoine Batille, a shy college student with the strange habit of surreptitiously recording snatches of conversation on the streets and in the bistros of Paris. At every turn, the case seems to elude simple explanations. If the murder were a simple robbery, why didn’t the killer take the Batille’s wallet? If the killer were after one of Batille’s recordings – perhaps to prevent some incriminating information from coming to light – why was the recorder and tape left untampered?

The style of Maigret and the Killer – and, indeed, of all the Maigret books I’ve read so far – is spare. Simenon doesn’t waste time; in one paragraph Maigret is at the Quai des Orfevres police headquarters, the next he’s at a brasserie down the street, with little or no transitions in between. Nonetheless, Maigret (and, by extension, Simenon) is also never in a hurry; he’s methodical, following leads and waiting for his plans to bear fruit; there’s even a wonderfully Gallic interlude where Maigret essentially steps away from the investigation for a weekend in the country with his wife. The moments of occasional lyricism in the prose stand out all the more because Simenon only rarely allows himself a poetic flourish.

What I loved most about Maigret and the Killer was the characterization. We’re rarely privy to a character’s thoughts – Maigret’s or anyone else’s – and yet we come to know the characters from how they act and speak, their gestures and tics, as well as what they leave unsaid. Simenon doesn’t spell things out for his readers, but when Maigret reassures his wife that she should wear her favorite dress despite the less-than-balmy temperatures we know all we need to about their relationship.

The most vividly realized character in the novel happens to be the killer. Setting a precedent that dozens of procedurals and thrillers would take a page from in the decades to come, the killer starts telephoning Maigret and their conversations allow each man to suss the other out; Maigret wants to understand the killer, and the killer, more than anything, wants to make himself understood.

Though I wouldn’t dream of giving away the ending, the novel closes not with a shootout or chase through the streets of Paris, but with a lengthy conversation between Maigret and the killer as the two finally meet face-to-face. The resolution is both melancholic and pointed, a subtle indictment of criminal justice system and a tragic character portrait that leaves Maigret and the reader shaken.

That Simenon manages to accomplish all of this – the compelling plot, the layered characterizations, the social commentary – in less than 200 pages is perhaps why I’ve continued, and will continue, to read the Maigret series. These books never outstay their welcome; you’re always ready for just one more page, one more chapter, one more book.

To check out books in the Maigret series, visit the Prospector website and make a request.

For a guide to all things Maigret, including a list of the books and stories (complete with original and alternate titles), head to the Maigret Forum.