'My Name is Resolute': A review 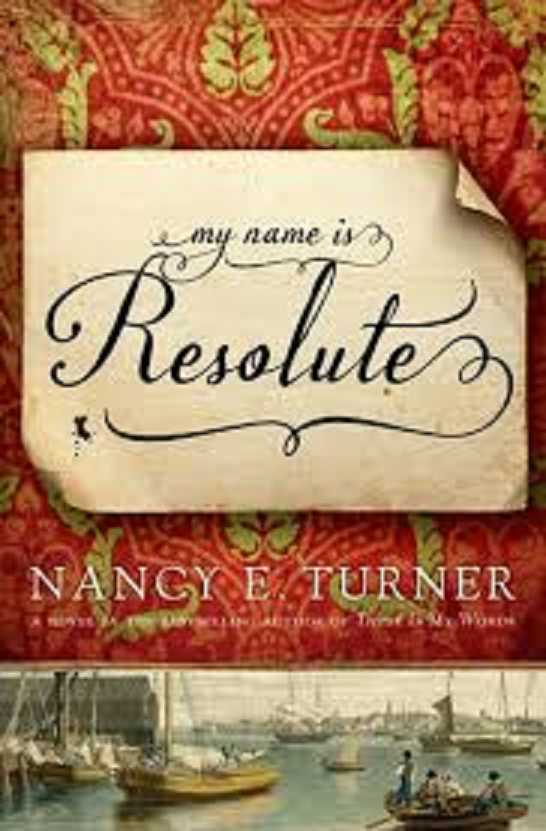 “The day after I was born my parents named me Resolute. Pa said it gave me an aspect of solemnity and perseverance, which are pretty things for a child with a sanguine humor. It was a good name for a girl, Ma always added, and there was nothing wrong with a girl being confident and ruddy. A boy could grow to 'make a name for himself,' but a girl needed a special one from birth.”

And so begins the grand story, My Name is Resolute by Nancy Turner.

Set in the early 1700s, this historical novel unfolds with Resolute and members of her family – loyal British subjects – kidnapped from their sugar plantation in Jamaica by pirates and brought to the New World. While Resolute grapples with her new fate, she is taught the art of spinning and weaving, a trade that will prove profitable in more ways than one. Even though Resolute’s heart is set on finding a way home to Jamaica, it betrays her by falling in love with a Scotsman on the run from the Crown. While she never forgets that she is Resolute Talbot, of Two Crowns Plantation, Jamaica, she settles into life raising a family just outside of Boston. But when British rule and taxation without representation become overbearing, Resolute puts her weaving skills to work for the Patriot soldiers.

When the battle is over, Resolute takes stock of the price paid and those fallen, including her husband who fell at Breed’s Hill, later remembered as Bunker Hill. She also reflects on what has been gained: liberty and a home, not in longed-for Jamaica, but in the New World amongst the colonist rebels in Boston, Massachusetts.

George Washington, John Hancock, Paul Revere and John Adams are all well-known men remembered for their patriotic contribution in the historical battle for our nation’s liberty. And all these men get a footnote in Nancy Turner’s new novel. However, the battle was not won by a few men or for that matter men alone. It took every patriot, every man and woman to win the battle. My Name is Resolute is the story of just one such woman.

Much like Nancy Turner's first novel, These is My Words (one of my all-time favorites), My Name is Resolute is full of memorable characters and especially strong women who face unfathomable situations and always find a way to not only survive but to overcome.

Rated by readers on Goodreads as one of the top 20 historical novels of 2014, My Name is Resolute is a journey through time not to be missed.