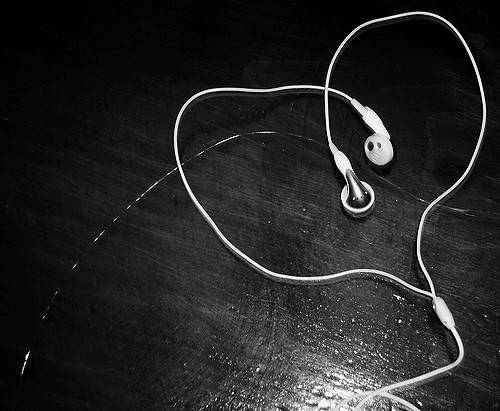 If 2019 were a road trip to Los Angeles, we’d only be to about Keystone at this point. But as we drive further into the new year, I want to take a look through the rearview at the year that was, and blast some good tunes while we’re at it.

The following is not necessarily a ranking of the best albums of 2018 (if you want that sort of thing, just look literally anywhere on the internet). Rather, it’s a list of my favorite albums from last year. And as a bonus, they’re all by women. With apologies to Father John Misty, Arctic Monkeys, and Pusha T, I think the best music of 2018 (and 2017, for that matter) was made by women.

So without further ado, I present my six favorite albums from a year that is already a month departed:

I’d never heard of this siren-voiced Californian before giving this album a try. Now I can’t stop listening. This is the album of the year for me. It’s poppy yet eccentric, wry yet accessible, and danceable yet heartbreaking. The whole thing sounds like if Florence and the Machine featured an actual machine – but better. There isn’t a weak track among the 10. No two are alike but each is essential to the whole. It is a remarkably assured debut from a remarkably assured artist. I would say I can’t wait to hear her follow-up, but I'd have to stop obsessively listening to this one first.

Favorite tracks: “Thingamajig,” “Cost Your Love” and “Leave the Party”

This album is a sublimely joyful declaration of self-love and acceptance. Monae’s eccentricity and penchant for futurism remains, but here it’s more accessible, trading sci-fi high concept for enthusiasm and uplift. Dirty Computer boasts a bevy of noteworthy collaborators, including Grimes, Pharrell Williams, Stevie Wonder, Brian Wilson, and some guy named Prince. In fact, Prince’s influence (he worked with Monae on the album before passing away) is felt heavily throughout. It could just as easily be called Pynk Rain. But Monae is doing more than channeling Prince – she’s breaking out and announcing herself as the smart, funky princess (see what I did there?) of pop music. All hail.

Favorite tracks: “Crazy, Classic Life,” “Make Me Feel” and “I Like That”

Haley Heyndrickx – I Need to Start a Garden

If there was an album this year made specifically for me, this is it. Heyndrickx carries on the rich tradition of crunchy singer-songwriters from the Northwest, but with a modern sensibility and wise humility, like Elliott Smith after a zen retreat. That something as simple as gardening can seem transformative and redemptive is a testament to her keen songwriting. If folk music is rooted in looking backwards and pop music looks ahead, Heyndrickx found her sweet spot by staying planted (pun intended) in the present moment.

Favorite tracks: “The Bug Collector,” “Oom Sha La La” and “Worth It”

2016’s Telefone announced this Chicago-based rapper (and frequent Chance the Rapper colloborater) as a fresh voice in hip-hop. Her follow-up, the more tuneful Room 25, is even better. Here, Noname is a spoken word poet fronting a jazz band; the songs bear more similarity to D’Angelo (whom she name checks on the album) than Cardi B. Her low-key delivery and intricate rhymes allow for multiple listens, assisted by the smoothness of the production, but what she’s saying is rarely soft. The lyrics are by turns touching, funny, soulful, honest, political, personal and – most all – smart. The result is a purposeful album that can somehow satisfy people both those who aren’t often drawn toward rap music and true hip-hop heads at the same time.

One of the most consistent outfits of the last decade-plus of indie music, Beach House already had a fat back catalog of classic albums before releasing 7. But the Victoria Legrand-fronted duo found a way to push the boundaries of their sound while retaining the lush fuzziness that has become their trademark. The rare album that works best as a cohesive whole but still holds up to shuffling and playlistification, 7 is a stellar collection of moods and tones, evoking a romantic walk on the surface of Neptune or an eerie slow dance in a black-lit hall of mirrors. Plug in your best set of headphones, close your eyes, and be transported to the trippiest, prettiest beach house in the cosmos.

Mitski – Be the Cowboy

Mitski has been an indie darling for a while now, but for some reason I’d passed on all of her previous critically acclaimed albums. Thankfully, that ended in 2018. Be the Cowboy is incredible, vacillating between styles and tones to tell stories that match the spirit of the music. If “A Visit From the Goon Squad” were an album rather than a novel, it would sound something like this. For something so solidly composed, there’s a lot of vulnerability here, and Mitski proves herself a genius at plainspoken heartache. These aren’t songs – they’re portraits, impeccably painted and indelibly felt.

Favorite tracks: “Geyser,” “Me and My Husband” and “Washing Machine Heart”