The many voices of Dan Stevens

Submitted by Jeffrey Schwartz on Oct 11 2017 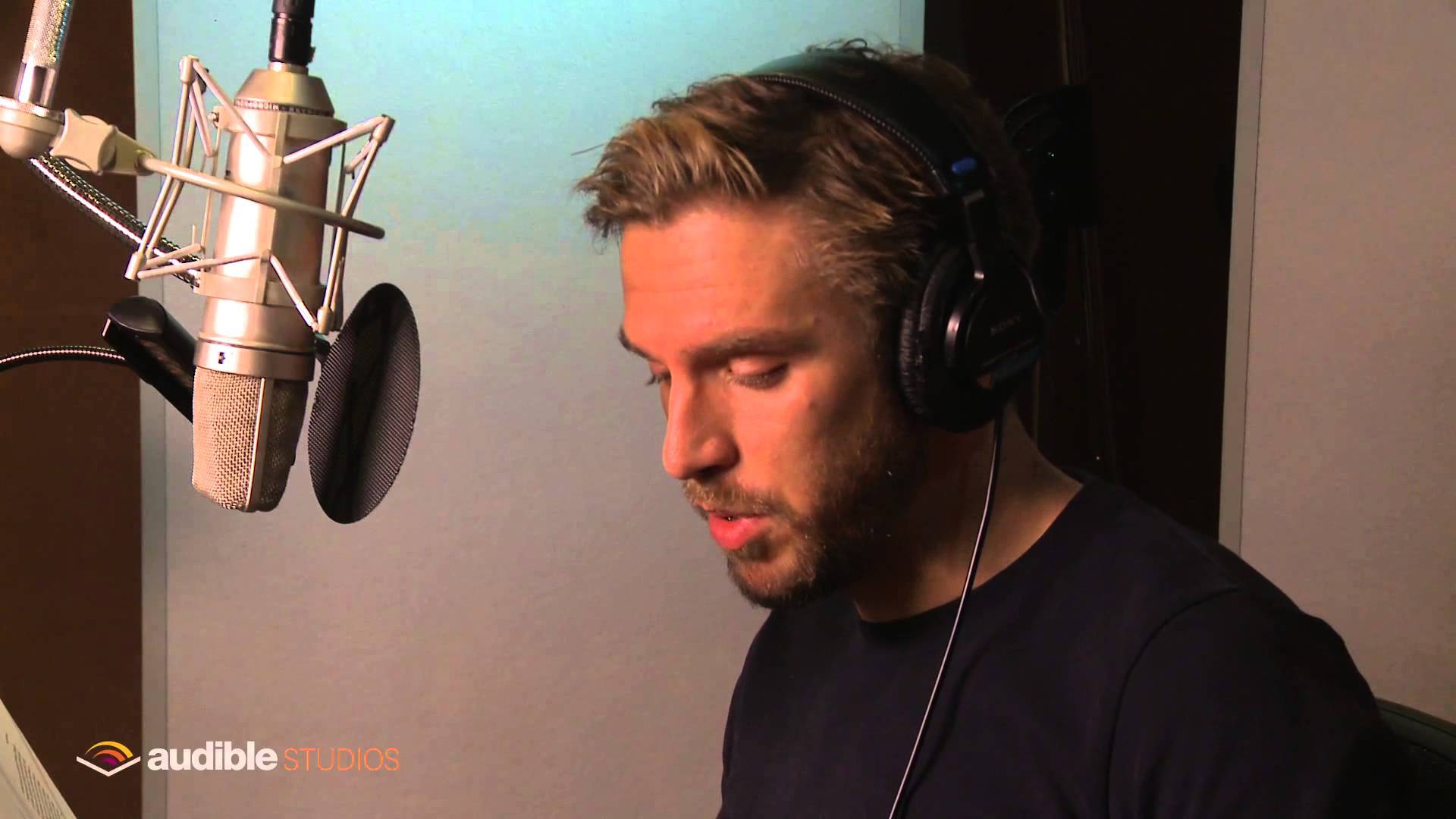 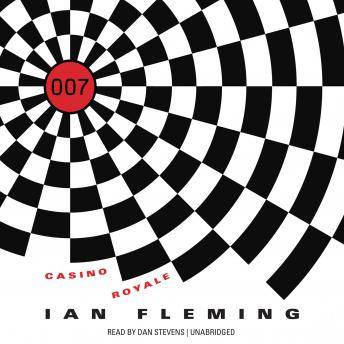 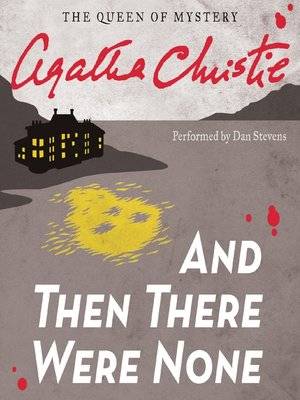 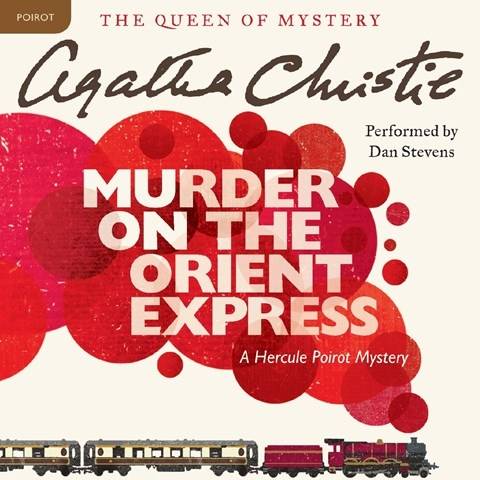 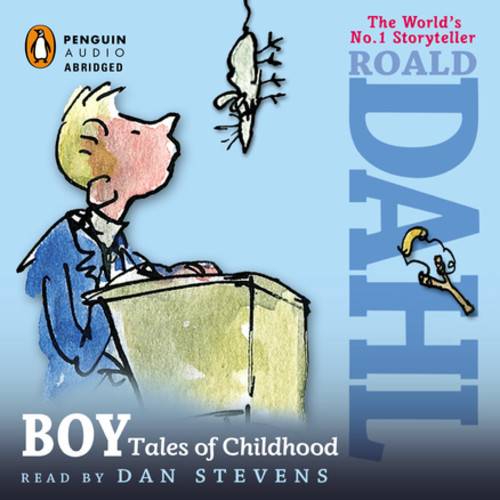 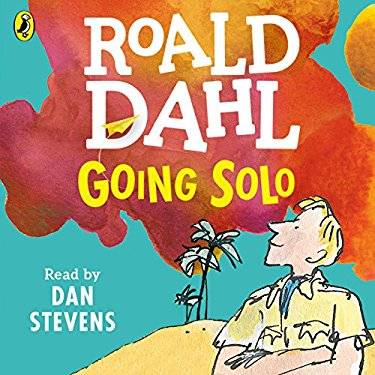 People usually look at me funny when I tell them Dan Stevens is my favorite James Bond. While not yet a household name, those who know Stevens usually think of him as Matthew Crawley from Downton Abbey, or perhaps as the Beast from Disney’s recent remake of Beauty and the Beast (If you’re a real cool cat, you know Stevens from the critically acclaimed thriller The Guest.) “When did Dan Stevens play James Bond?” people will ask. “Oh, he didn’t just play Bond,” I’ll say. “He was also M and Felix Leiter and Vesper and Le Chiffre, too.” And then, assuming the person I’m speaking with hasn’t walked away thinking me crazy, I’ll explain that I’m talking about the audiobook of Ian Fleming’s first Bond novel Casino Royale.

But I really do mean it when I say that Stevens is my favorite Bond. He deepens his voice slightly as Bond, projecting suave confidence that belies a capacity for brutality. His performance recalls Daniel Craig's, yet Stevens makes the character his own, as charming as he is lethal – though not without feeling. Who knew there could be so many shades to James Bond? Stevens is also my favorite Inspector Poirot (Kenneth Branagh has a lot to live up to) and my favorite Roald Dahl. And I doubt anyone but Stevens could so ably bring to life the cast of culpable characters imagined by Agatha Christie in And Then There Were None.

That Stevens has portrayed all these roles in audiobooks shouldn’t diminish his accomplishment. On the contrary, voice acting is every bit as difficult as stage or screen acting; perhaps even more difficult since an actor can’t utilize his physicality, or rely on other actors for support, or hide behind makeup or special effects. One person in a soundbooth is expected to bring a character to life – and not just one character, either, but dozens at a time, some of whom have conversations with each other!

This is no easy feat, as anyone who regularly listens to audiobooks will tell you, but Dan Stevens makes it look, or rather sound, easy. At his best, he makes you forget you’re listening to a story; you’re simply experiencing a narrative, and his voice – supple and limpid and suggestive – is merely the medium through which the narrative is being realized.

Perhaps nowhere are Stevens’ many talents more on display than in his performances of two classics by Agatha Christie: And Then There Were None and Murder on the Orient Express. Between both of these novels, Stevens portrays some two dozen characters – men and women, British, American, Belgian, French, old, young and middle-aged, the guilty and the innocent.

As Inspector Poirot, in Murder on the Orient Express, Stevens seems to pinch his voice so that its tone softens and his syllables become more precise, evoking Poirot’s Belgian provenance as well as his imperious, methodical brilliance. Mrs. Hubbard, one of the many suspects on the Orient Express, is as excitable as Poirot is composed, speaking with a breathless, flat, slightly nasal midwestern American accent that, initially, seems a bit over-the-top – until the end of the story when her true identity is revealed. Then there’s General John Macarthur from And Then There Were None, a World War I veteran who expresses himself with clipped syntax of a soldier and whose bluff, jowly English accent is reminiscent of Winston Churchill.

You’d hardly think these three characters were portrayed by the same person, and yet Stevens imbues every character he plays with such authenticity that I never find myself taken out of these stories, or wondering who is who. Stevens’ performances aren’t showy; they’re seamless, and it’s only later that you begin to marvel at the depth and breadth of his skills as a voice actor.

Yet, part of being a voice actor is simply narrating. Characters have to move from point A to point B, landscapes must be described, thoughts and emotions experienced and reflected over. Performers need to make these moments just as vital and thrilling as the interactions between characters.

Unsurprisingly, Stevens is a masterly narrator. A common complaint with audiobooks is the slow pace of the narration, but this is never an issue in Stevens’ performances. He gives each sentence its due, but he never dawdles and he knows just how to put the right emphasis on a word to give it more impact. During a pivotal moment in Casino Royale, Ian Fleming describes how a pane of glass “shivered into confetti” during an an explosion, and Stevens subtly draws our attention to the word “confetti” so that we can imagine the glimmering, slow-motion destruction of the glass.

Stevens’ work as a narrator shines most especially in Boy: Tales of Childhood and Going Solo, Roald Dahl’s two volumes of autobiography. Like his novels and stories, Boy and Going Solo are populated by the sorts of eccentric, unforgettable characters (in this case, real-life people) for which Roald Dahl is beloved. There’s Mrs. Pratchett, the sweet-shop owner in Boy, whose disagreeable demeanor makes her the target of a rather nasty prank by Dahl and his boyhood friends; or Ms. Trefusis, an elderly woman who refuses to eat anything with her hands and befriends Dahl on a voyage from England to Africa in Going Solo. Stevens breathes life into all these characters, his voice as lithe as ever, conjuring the patrician tones of British aristocracy or the broken English of Swahili servants with equal aplomb.

But what I recall most vividly about Boy and Going Solo are the moments when Stevens’ narration brings us inside the head of Roald Dahl during some of the most harrowing and exhilarating moments of his life. There’s the scene in Boy where he is beaten by the headmaster of his boarding school for a petty offense, or the scene in Going Solo where he witnesses a deadly Black Mamba slithering its way across the gravel of his front lawn, or the scene where, as a fighter pilot in the RAF, he flies his Tiger Moth above the savannahs of Africa.

I could go on, but what unites these scenes, and other such scenes throughout Boy and Going Solo, is union between Dahl’s words and Stevens’ voice, separated by decades yet working in tandem to create perfect moments of storytelling.

In these moments, the extraordinary alchemy of the written and the spoken banishes the outside world and all that matters is the tale and teller and what happens next.

I go through times when I'm really into audio-books and they fit my schedule and other times when I take a long break from them. After reading your blog on Dan Stevens, I'm excited to dive in again. Thanks for some great recommendations!
Thanks for writing this blog. I have long admired Dan Stevens as an actor, but had no idea about his book narration work. Thanks to your blog, I have now listened to a couple of his books and can't wait to listen to more.
The educational related documents and first hand information can be offered with our writing company. It is submitting their writing papers with cheap rate and clear types of information can be submitted with clear reference and preparing lot of writing papers for college student’s career development. High and fast way to deliver and energetic way of writing papers are available at online. https://waltessays.com