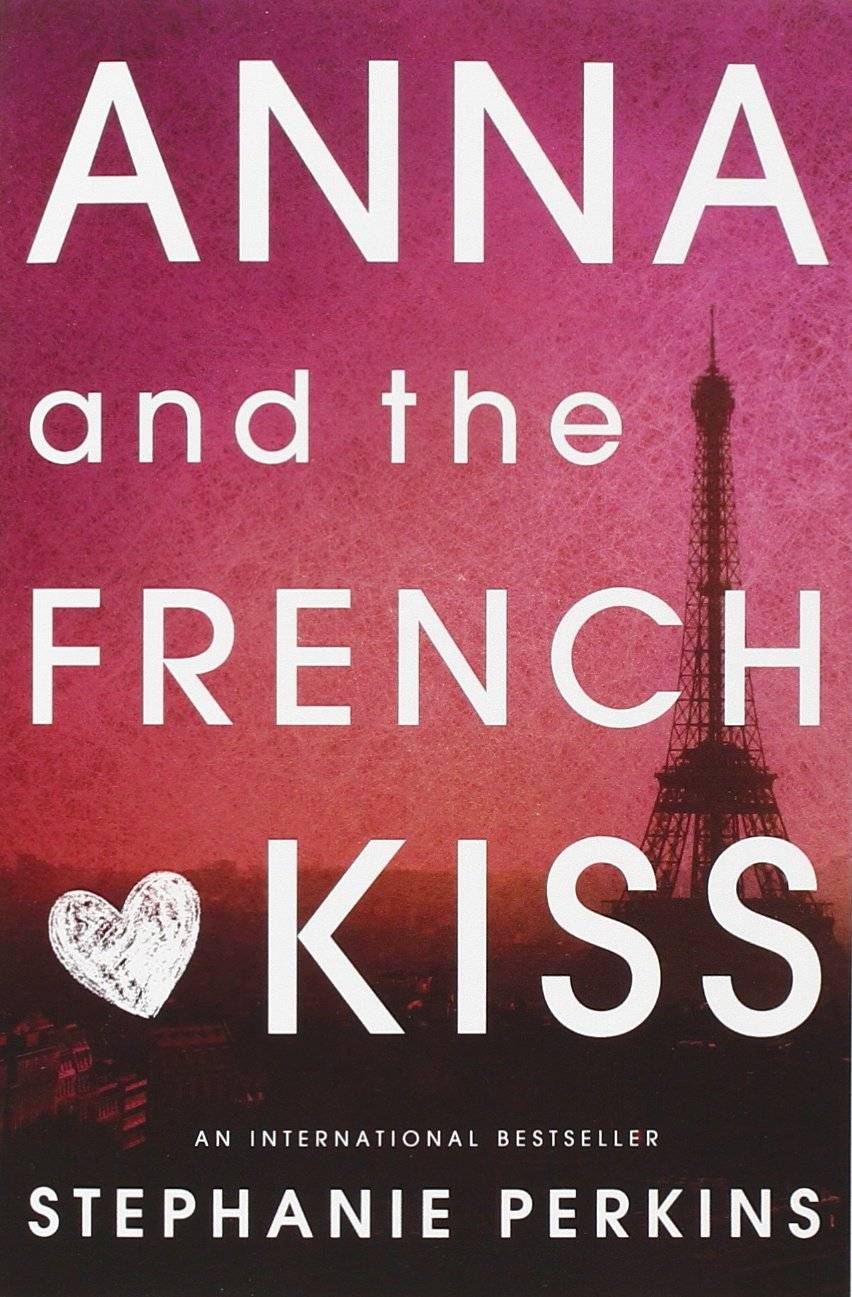 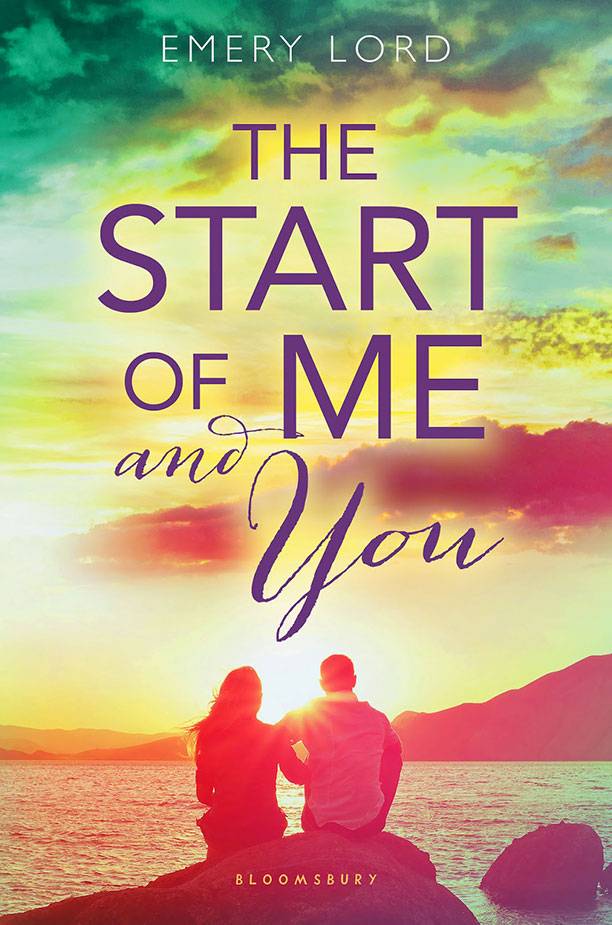 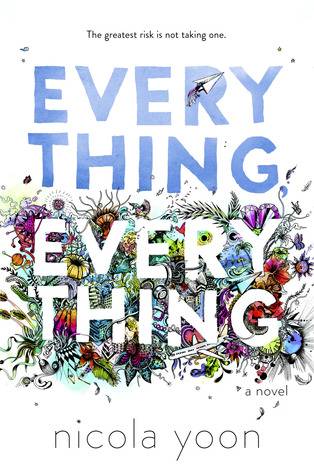 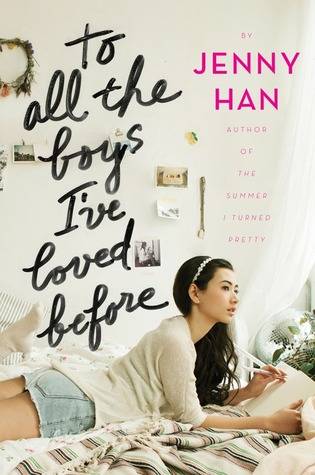 Summer has finally arrived and school is almost out. We all know what this means... more reading time! With that said, it's always nice to have a To-Be-Read (TBR) pile nearby so that you never run out of reads when they are desperately needed. Summer is notorious for having the perfect weather for cute contemporaries. I've compiled a list of my favorite contemporary books that I recommend for anyone who wants a light, fun summer read.

Anna and the French Kiss trilogy by Stephanie Perkins

A problem with many young adult (YA) romance novels is that they just skim the surface of a relationship. Rather than having characters that actually converse and fall in love, a normal teen romance just says "and then they fell in love" and you're supposed to believe it. Anna and the French Kiss does not stick to this paradigm. The story takes place at an American Boarding School in... *drumroll*... Paris! Anna is not thrilled when she is first "shipped off" to Paris for her senior year, but that changes when she befriends Etienne St. Claire. This is a great cutesie romance that also has a main character with a charismatic personality, beautiful friendships, an incredible setting, delightful humor, a great writing style, and a story readers will never get bored with.

The Start of Me and You by Emery Lord

The premise of this romance is a girl who is recovering from the death of her first boyfriend. Sounds like a big sobfest, right? Surprisingly, that's not how this book turns out at all. There are sad moments, but it is also about finding life after the death of a close one, and accepting that it's okay to love new people, too. It is funny, cute and romantic. If you aren't already sold on this amazing novel, then maybe you will be once I mention it has an emphasis on of friendship and family, a lovely writing style, lots of girl-power, nerdiness (mentions of Firefly!), an uplifting story, is realistic, and is relatable to many different people.

This novel focuses on 14-year-old Audrey who suffers from anxiety and is making slow progress with her therapist. However, things start going better after she meets her brother's friend Linus. He helps her work through her fears in a way nobody else could. YA novels like this are usually hit-or-miss since often insta-love magically cures the main character or their disorder is unaccurately portrayed. This book does neither. Although there is a big romance in the novel, the main focus is on Audrey and her progress. It is a hilarious read with cute twists and turns, and by the end you won't help but be proud of how Audrey has grown.

Maddy has lived her entire life locked in her house because she is allergic to everything. She is used to living in a world where she can't go outside, and her books have to be packaged a certain way before reaching her. But things get shaken up when a cute boy moves in next door and Maddy finds herself taking risks that she never would have considered. This book is absolutely adorable, unique and an all-around great read. Between the funny dialogue, sweet romantic development and the characters, you won't be able to put it down.

My Life Next Door by Huntley Fitzpatrick

Samantha and Jase may be neighbors, but they come from completely different worlds. Jase's family is loud, messy and affectionate, and Samantha's family is the exact opposite. Samantha is constantly warned to stay away from the Garrets, but she can't help but admire them from afar. Despite their differences, Samantha and Jase can't help falling for each other. This story not only has an emphasis on romantic relationships, but also on friendships and family. It is well-written, fun, inspiring and the perfect summertime read!

To All the Boys I've Loved Before by Jenny Han

Lara Jean is used to keeping quiet about her crushes, with the exception of writing a note to them, sealing it, then hiding them in a box underneath her bed. One day she discovers that her letters were somehow sent out and all of her previous crushes have now read the letters she addressed to them. When the boys begin confronting her, Lara has to provide an explanation, and thus a romantic comedy ensues. This is yet another novel with a fun romance but also a big emphasis on family bonds. This book evokes laughter, joy, and nostalgic bliss of crushes and first-love.

Cath is a fangirl. She spends a lot of time writing fan-fiction and obsessing over Simon Snow. Being a fan is her life. That is until her twin sister, Wren, breaks the news to Cath that she doesn't want to be roommates in college. Cath is then thrown into the real world and left to fend for herself. Written in alternating chapters between Cath's life and her fan-fiction, this book is an enjoyable read. The terrific writing, intricate story and humor combine to make it both memorable and relatable.

Saint Anything by Sarah Dessen

Sydney has always been in the background of her family life, thanks to her older troublesome brother Peyton. When Sydney meets the Chathams, she finally feels like she fits in, especially when it comes to Mac Chatham. Sarah Dessen is known for her meaningful stories, and Saint Anything definitely holds true to this. Behind all the cute moments and light-hearted fun, there is a heartwarming story that proves the saying "family doesn't have to be blood."

Lexxie Clark is a teen blogger at Anythink Huron Street.

Thanks for the great recommendations, Lexxie!
These sound great. Wonderful blog post! -Whitney
Hi, Lexxie! You did a very good job on your post; it was very interesting but didn't give away too much. I have a question for you, though; where did you type up your post on the anythink site? I can't figure out where to type mine and it is driving me seriously crazy! If you see this and can give me an answer, please email me the information at amalspach@gmail.com. Thanks a lot, Audrey
If you wish a altered <a href="http://www.stylecop.co.uk">Ray Ban</a> attending and aswell wish to abrasion latest lens again these are lighter, fashionable and are acclimated primarily for acceptable a wearer's looks.
Wonderful blog post! it is very interesting, I am also working on different education site which is also working like your site. Our best service is thesis maker which is very ideal for all.for more detail just write this on google: excellent academic help