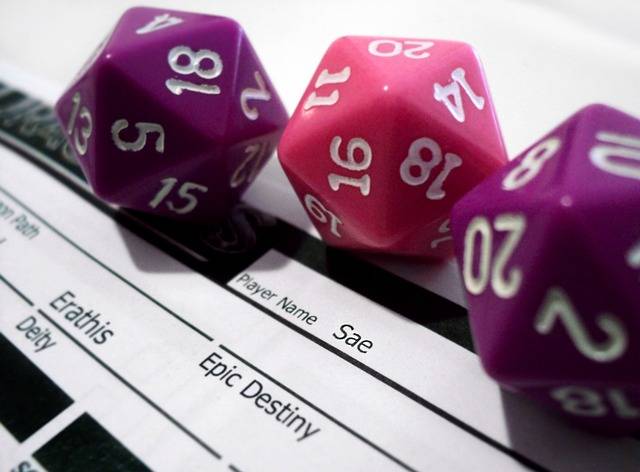 Stranger Things doesn’t hold back when it comes to its blatant love of Dungeons and Dragons (commonly called D&D); in fact, some would argue that the hit show is its own version of D&D – it certainly seems to play out that way. At the end of the last season, one character leaves a small gift to another – a much loved D&D set. So what is Dungeons and Dragons? How does it work? And most importantly, is it the dangerous game that our parents warned us about in the 80s?

First, let’s cover the basics. D&D is a role-playing game, where players assume roles and then play out those roles verbally within a group having the same fantasy adventure. The game has its roots in a in a real-life adventure – a teen exploring tunnels under an abandoned asylum in his Illinois hometown. Gary Gygax drew inspiration from these underground crawls when he and Dave Arneson began creating games together. Their work launched a whole new genre, the role-playing game that would eventually become Dungeons and Dragons.

It was the potent combination of fantasy lore (based heavily off of fantasy books) and intense attention to character traits, dramatic action and slow-burn narrative that gave D&D its reputation for being a game for reclusive outsiders. When my husband first told me he played, I was shocked. My preconceived notion of what a D&D player looked like had been an unfounded stereotype.

I learned that in reality, D&D is actually a very social game. Not only are players sitting around the same table, but their characters are also working together to have an adventure. This is a gem, especially in the age of social media, where people spending face-to-face time completing a mutual task is rare thing indeed. The game revolves around a storyteller – also called a Dungeon or Game Master – who builds a complex narrative for the players to weave through.

From the inside, it’s a tense game of risk, death and fantasy. From the outside, it just sounds like people reading from a live storybook. So how exactly did D&D get this reputation for being a dangerous game? It started with mental illness. In the mid-80s, two boys (both players of D&D) committed suicide in separate incidents, spaced between a 4-year period. Both boys suffered from what we would now identify as depression or mental health problems, but without the language to identify what the boys were going through, D&D was an easy place to point fingers. A scorching PR episode followed, especially after one of the boy’s mothers created BADD (Bothered About Dungeons and Dragons) and went on 60 Minutes. D&D found itself on the defensive, having to defend itself as just a game.

Eventually, the fervor died down, but it had hurt the game greatly. D&D had become synonymous with the occult, even though it had more in common with a fantasy book than anything else. It would take decades to undo the damage, and it was fans and players of the game who were at the forefront of its staying power.

Today, the game has never been more popular – or more importantly, understood –thanks to shows like Stranger Things and the D&D love it has lavished on viewers. Did you know there is even a Stranger Things starter kit version of D&D?  With its undying support, the show has thrown open the doors to something deeply misunderstood and shown a national audience that there isn’t anything to be afraid of. If you are longing for an epic adventure without leaving the comfort of your own life, please consider this your invitation to play D&D. Anythink carries numerous D&D materials, from art collections to children's DVDs to guides, novelizations and game introduction books. For those looking for a deeper dive into the culture of this enigmatic game, Of Dice and Men (best title ever) and The Story of D&D and the People Who Play.