Anythink is one of many libraries across Colorado distributing masks. Demand for KN95 masks has been high, so please contact your nearest branch for current information.

Darkness into light: the first image of a black hole

Submitted by Jeffrey Schwartz on Apr 16 2019 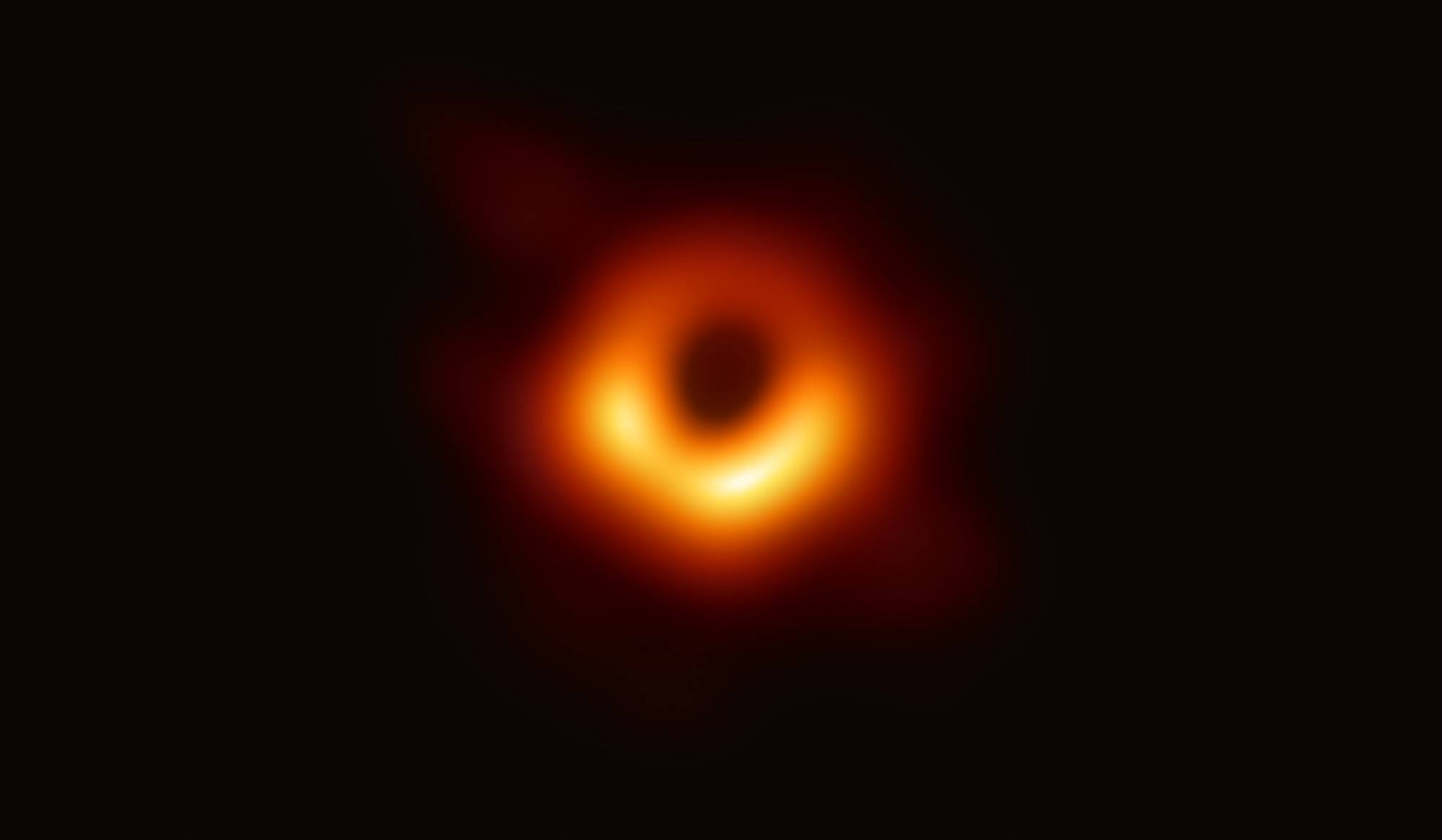 Scientists have known about the theoretical existence of black holes for about 100 years, but it wasn’t until last week that anyone had ever seen one of these wondrous cosmic objects. Thanks to the team behind the Event Horizon Telescope (EHT) we now have the first-ever image of a black hole (click here for the full resolution image). This is a monumental scientific achievement, on par with the discovery of gravitational waves or the Higgs-Bosun.

There are two main types of black holes. The first arise when a star collapses. Though their lifespans far exceed our own, stars are mortal; they age and die. When a star at least three times the mass of our own sun expends all of its fuel after millions of years, its temperature plummets and the star collapses. All the gravity that the star once exerted becomes compressed into a startlingly small surface area. These are called stellar-mass black holes. Our own sun is too small to undergo this process, but if it were possible to compress it down into a black hole, its diameter would shrink from 1.4 million kilometers to just six kilometers. Because the gravity exerted by a black hole is so strong, nothing, not even light, the fastest thing in the universe, can escape (which is why black holes are black).

The other type of black hole forms at the center of galaxies, undergoing a similar process though on a much grander scale than their stellar brethren. The mass of these black holes are thousands, millions, or even billions of times the mass of our sun. Unsurprisingly, these are called supermassive black holes, and this is what we’re seeing in the image released by the Event Horizon Telescope.

The image shows rings of red and yellow light haloing a core of darkness. Stare at it long enough and the rings of light appear to shift and pulse. This optical illusion nonetheless gives some idea of what’s going on at this particular black hole, which resides in the center of an elliptical galaxy called M87, 55 million light years from Earth.

But of course the most thought provoking aspect of a black hole is its event horizon, which gives the EHT its name. The event horizon forms an impenetrable barrier from which neither matter nor light can escape.

The core of darkness in the image photographed by the EHT isn’t technically the event horizon. As Phil Plait explains in his Bad Astronomy blog, the gravity of the black hole “is bending the light from the material around it, sending it toward us, leaving a gap where the black hole itself is.” What we’re left with is a shadow, a cosmic “silhouette,” in Plait’s words, larger than our own solar system.

Scientists knew a great deal about black holes long before the EHT sets its sights on the center of M87. But until now, our knowledge of black holes was derived from their effects – the ways they warped the light from stars and galaxies, their pull on the orbits of nearby stars, the radio waves they emit. It once seemed impossible that any telescope would ever image a black hole. Deprived of sight, astronomers were forced to sharpen their other senses in order to learn what they could. Now they see what they were missing, and can use this knowledge to learn even more.

The EHT’s mission is far from over. The team wants to image our own galaxy's supermassive black hole, known as Sagittarius A*. They want to use dynamical imaging to essentially create a video of a black hole as it's changing. It's too early to know what the EHT will discover, and there’s nothing more exciting in science than the unknown.

Back in the third century B.C.E., Eratosthenes used mathematics and rudimentary navigation instruments to deduce the correct shape and approximate diameter of the Earth. Nearly 2,000 years later, the crew of Ferdinand Magellan's expedition to circumnavigate the globe finally saw firsthand the truth of Eratosthenes' predictions, while also adding immeasurably to what was known about the Earth at the time. The Event Horizon Telescope and the advent of black hole imaging may represent a shift every bit as seismic as the progression from Eratosthenes to Magellan.

If you’d like to learn more about the EHT and black holes check out the books, articles, and podcasts listed below.

Post Script: Shout-out to Phil Plait for doing the math on how the sun's diameter would change if it were shrunk down to the size necessary to create a black hole.

wow...
I had listened to the Science Friday for this topic already, but thanks for the link as there was so much more to dive into. Thanks for such a timely and fascinating post.