Submitted by Cassidy Tanzella on Dec 20 2017 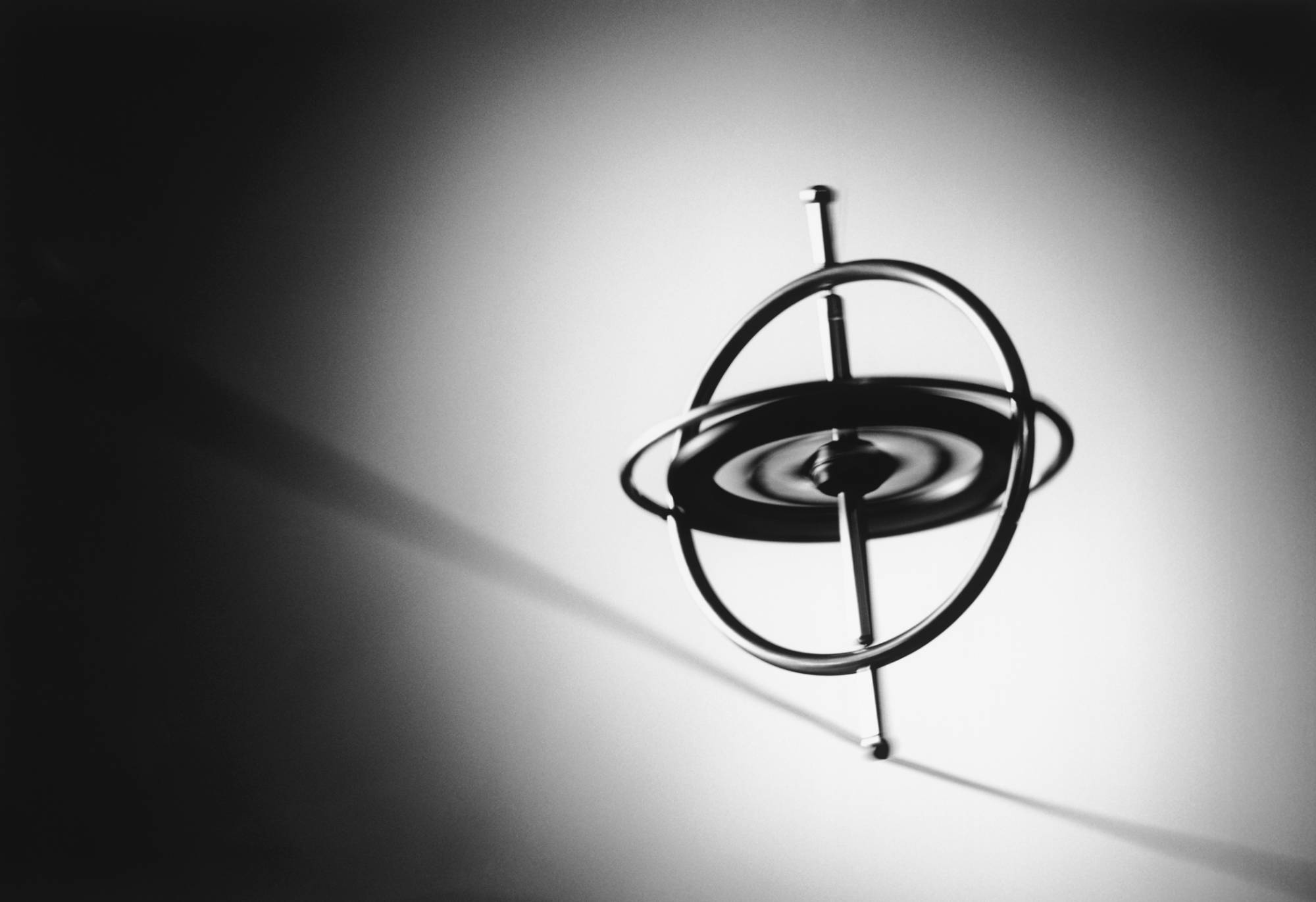 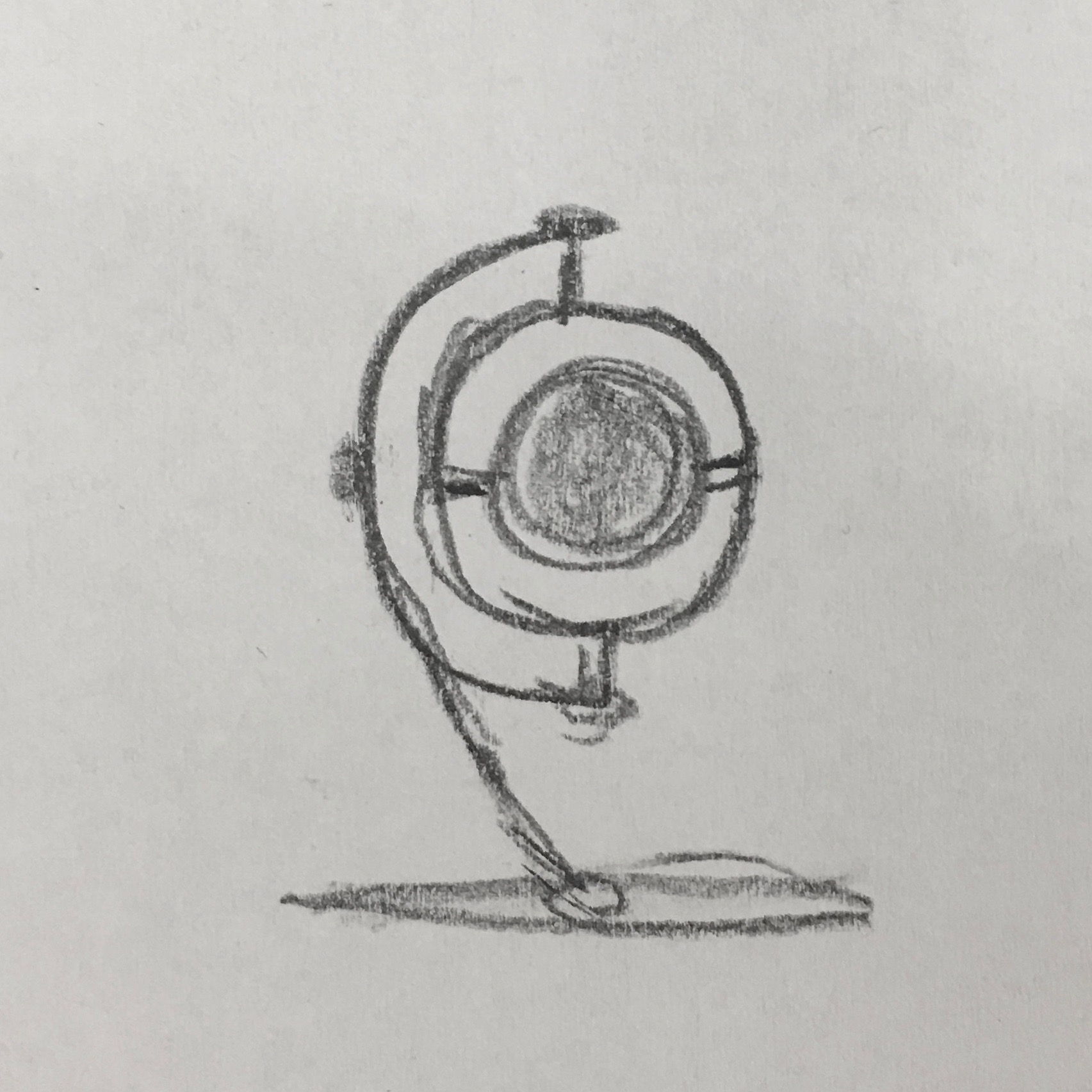 Have you ever started a project you didn’t end up finishing? Yeah, me too. I have lists and partially begun projects sprinkled across my mind and in the cardboard box in my coat closet. I am a chronic project starter and not finisher. Our latest customer spotlight is Gabriel, a high-school student who decided to tackle his overlooked project and make something amazing.

Gabriel came into The Studio on a small cloud of reluctance—he wanted to play video games all day. But Gabriel’s reluctance transformed into interest-driven momentum, ending in ultimate success. From concept to prototype to working product, Gabriel designed a functioning gyroscope using Tinkercad’s design program. The idea for this gyroscope came from a project Gabriel had thought up when he was in middle school, saying he had been wanting to make something like it ever since. And so he did! 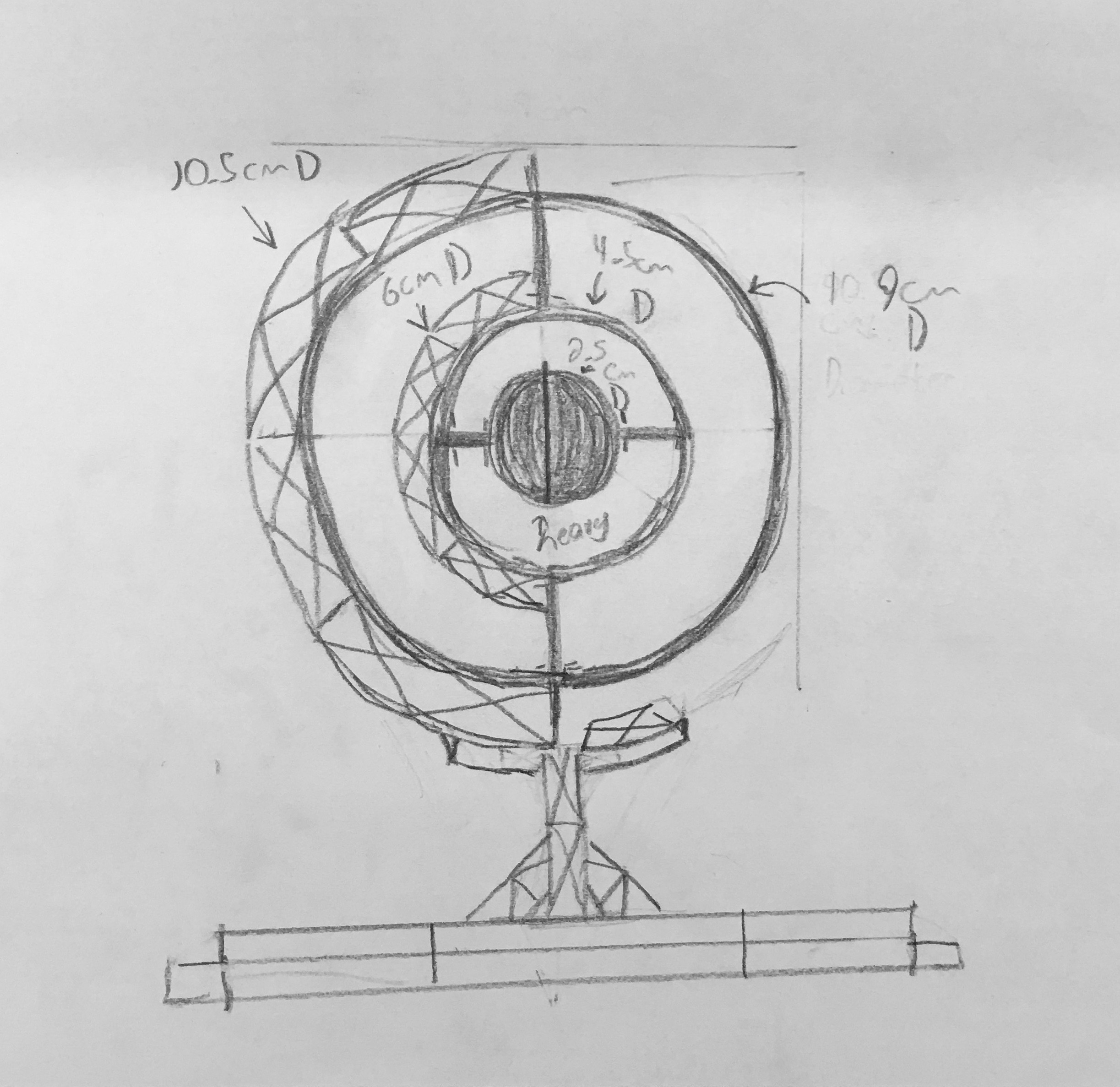 The four pictures featured in this post present the stages Gabriel went through to reach his final product. This starts with a drawing, where Gabriel jotted down his basic idea. The next picture depicts a more detailed drawing, where Gabriel started to work out the finer details of ratios, measurements and aesthetics.

In the following picture, we see Gabriel’s prototype. It was with this prototype that Gabriel was able to establish adjustments for his final product. As Gabriel was putting his prototype together, a connector on his inner gimbal broke. If you look closely at far right-side connector, you can see half of it snapped off. Gabriel then went back to Tinkercad to adjust parts of his design. 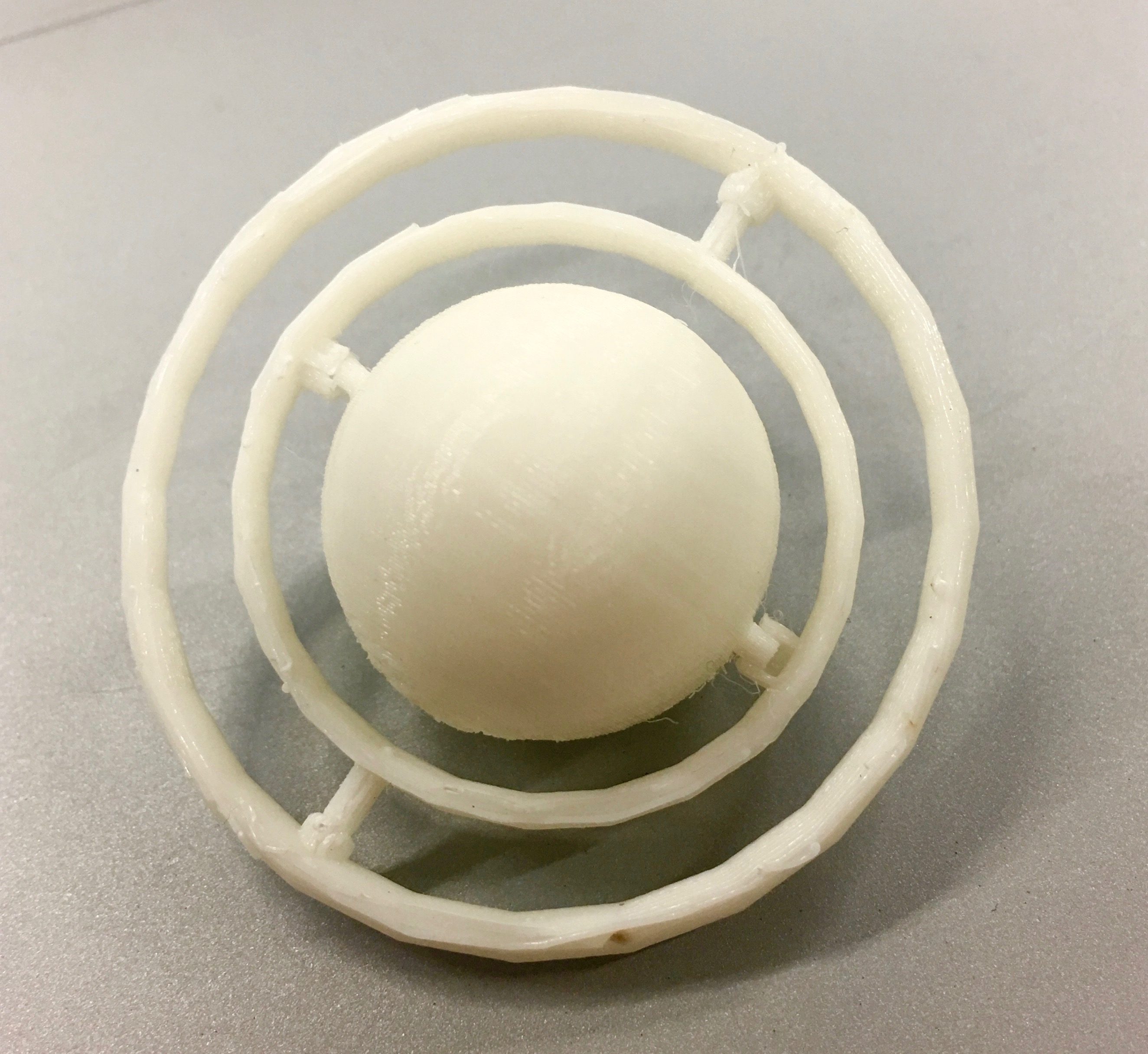 In the final photo, you can see his final design. Not only does this design look neater than Gabriel’s prototype, but you can see where he made improvements. He extended the connectors to ensure stability, along with adding another gimbal around his middle sphere. Gabriel produced a fully-working gyroscope. His hesitation turned into perseverance and then success. As Gabriel was leaving for the day, he told us that he was glad he had come in. 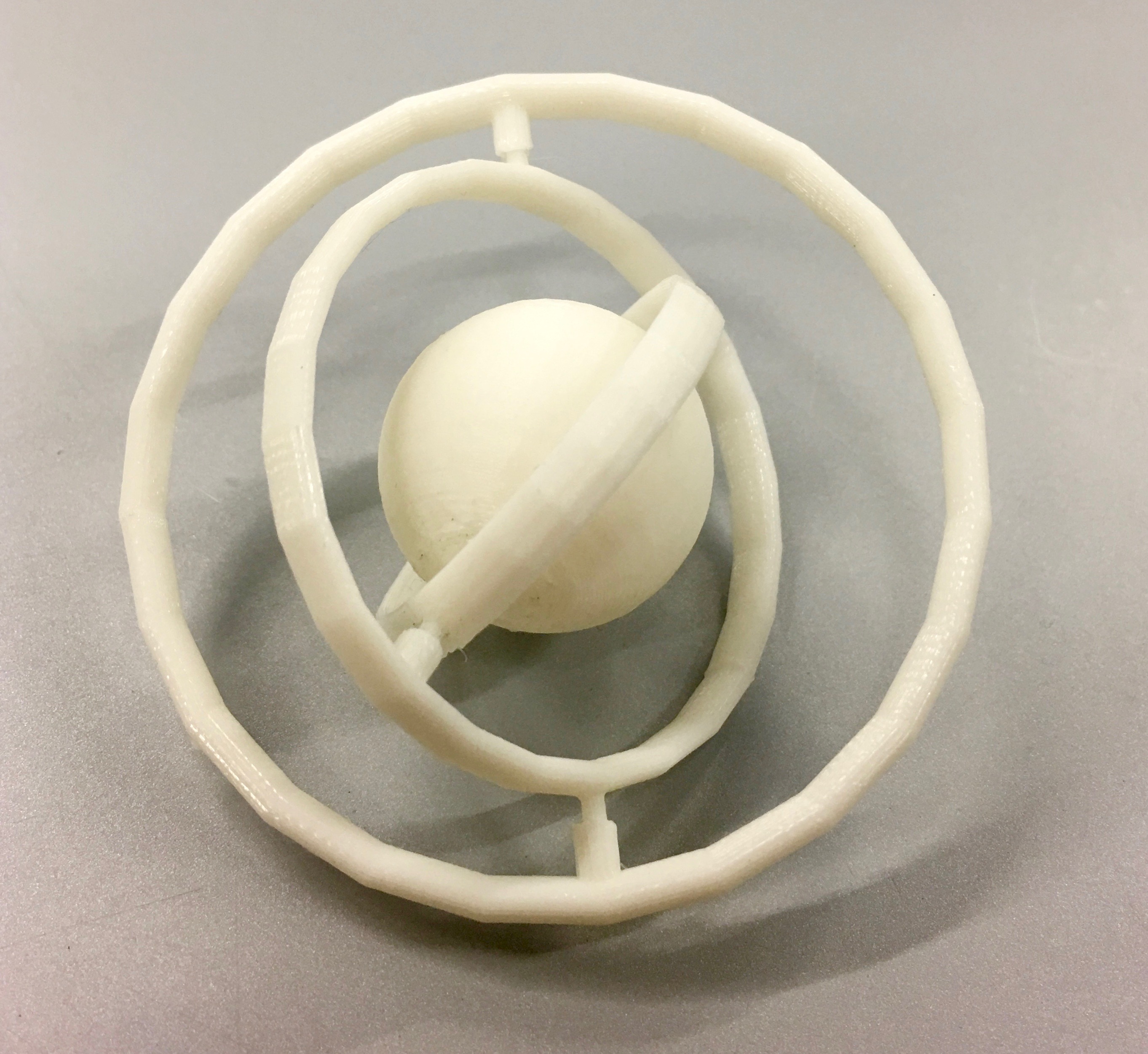 This customer spotlight is not only a tale of inspiration for all of those pushed aside or forgotten projects, but also a stunning example of what The Studio is all about. We are a creative space for curious minds of all ages to explore passions, hobbies, or ideas they are interested in. Gabriel came into The Studio, decided on a project and tackled every challenge that came along with the learning process. Gabriel embodied exactly what The Studio is about.