The cosmic country of Sturgill Simpson

Submitted by Jeffrey Schwartz on Feb 1 2017 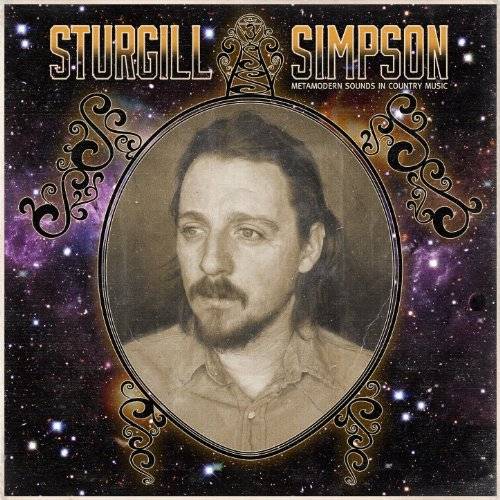 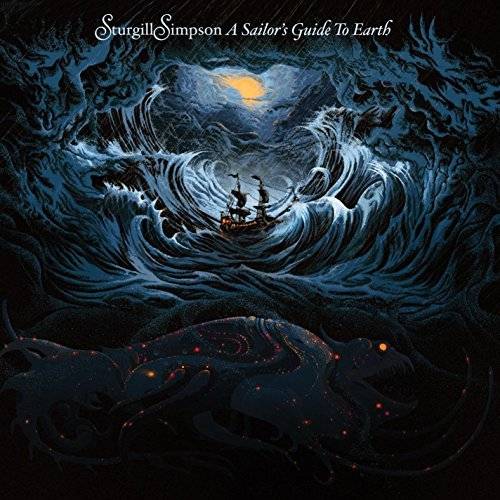 The highest compliment I can pay Sturgill Simpson is that I wish his songs were longer. Wistful and raucous, earthy and cosmic, Simpson’s songs create emotional spaces so transporting you wish they would go on forever.

Although classed as a country act – and there is, to be fair, plenty of twang to Simpson’s style – he’s just as likely to incorporate strings, horns and keyboards in his songs, giving them an aural richness and texture that stands apart from the rest of country music. His lyrics, meanwhile, reference everything from cosmology and “reptile aliens made of light” to the hard-living antics of a hillbilly’s “life of sin.” Then there’s Simpson’s voice, which can descend to a mournful drawl or rise to a yearning quaver reminiscent of Bob Dylan’s vocal style on Nashville Skyline. In short, Simpson’s a hard act to pin down, and it’s this ebullient iconoclasm, this cheerful disregard for easy categories, that makes him such an electrifying performer and songwriter.

Simpson’s debut album was a more traditional affair, fitting snugly in the outlaw country genre, but his follow-up, Metamodern Sounds in Country Music, is where he figuratively and musically began to cut loose. Opening with “Turtles All the Way Down,” perhaps my favorite song Simpson has written, it’s immediately clear that Metamodern Sounds in Country Music is going to live up to its title. “Turtles All the Way Down” is where the aforementioned “reptile aliens made of light” come into play, yet the song isn’t some postmodern psychedelic jam, but rather a meditative ballad about different modes of belief and perception.

Never content to play in one sandbox, Simpson immediately careens from the cosmic to the rowdy with the album’s next song “Life of Sin,” a rollicking country-rock tune that at first seems like an ode to drinking, smoking and living the good life. But as the song progresses, the singer admits feeling disgusted with “the sight of everything and all that I’ve become.” The music goes down like a shot of bourbon, sharp and brash and heady, letting us share in the singer’s hard-living while never entirely letting us forget the darker side of such behavior.

The rest of Metamodern spends its time wandering along this spectrum, giving us songs like “Long White Line,” an old country classic whose sound recalls Johnny Cash and the Tennessee Two, and “The Promise,” a stirring, string-laden ballad that showcases Simpson’s range as a singer. There’s something in Metamodern for everyone, and yet the album is cohesive, creating a contemplative, vibrant and joyous vibe that starts with “Turtles All the Way Down” and continues till the album’s melancholic closer “Panbowl.”

Simpson’s follow-up to Metamodern is A Sailor’s Guide to Earth, an album which deepens and expands the sound of its predecessor. Framed as a concept album about a sailor telling his son cautionary tales from his life, A Sailor’s Guide to Earth feels simultaneously like Simpson’s most stylized and most personal work to date. A cursory Google search reveals that Simpson’s son was born just two years before the album’s release, and that, prior to becoming a recording artist, Simpson spent three years in the U.S. Navy – an experience he reconstitutes for songs like “Sea Stories” and “Call to Arms.”

Musically, A Sailor’s Guide adds aural expressiveness by incorporating even more synths and strings, along with horns courtesy of the Dap Kings (known for their work with the incomparable Sharon Jones). Simpson also saturates the album with sounds of the sea, whether it’s the splash of waves and sea chanties that preface “Keep It Between the Lines” or the mournful keen of whale song, which fades marvelously into a slide guitar solo on “Breakers Roar.” Mind, this is still a country album, but Simpson is so creatively restless that he’s not content to do what’s been done before, or even simply repeat what he’s done before.

All this sonic experimentation would be mere noodling if it wasn’t wedded to strong songwriting, and A Sailor’s Guide features some of Simpson’s best. His opener “Welcome to Earth (Pollywog)” is remarkably direct, expressing the overwhelming love he feels for his son, while also cleverly using the idiosyncrasies of a sailor’s life as a potent metaphor for being a working musician who “has to go away” sometimes.

Simpson’s best effort, though, is “Oh Sarah,” a song that, at first, seems like it’s excavating the ruins of a relationship. The singer addresses his beloved, admitting that he’s “too old now to learn how to let you in,” while she urges him to “speak the words those eyes are trying to say.” Soon, he’s pouring his heart out, and what initially seemed like a break-up song becomes a love song – and not just any love song, but one that’s candid about the difficulties of a long-term, intimate relationship. Again, a knowledge of Simpson’s life (he’s married to a woman named Sarah) adds extra emotional heft to the lyrics, but the song’s honesty and cathartic build, aided by the subtle swell of strings and keyboards, is what makes it so gorgeous and devastating.

After living with Simpson’s music for the last few weeks, I’ve realized that what I admire most about him, apart from his songwriting and performing, is how, over the course of just a few albums, he’s managed to grow and experiment and refine his style, yet his music always sounds like him, bearing an unmistakable stamp. It’s a rare thing when artists are able to strike a balance between retaining what’s unique about them and lighting out for the territories to explore new kinds of music and songwriting. So far, Sturgill Simpson has managed to walk that line. Here’s hoping he never loses his footing.

Turtles All the Way Down | Sturgill Simpson