All Anythink libraries and administrative offices are closed Thursday, Nov. 25, and Friday, Nov. 26, in observance of Thanksgiving. We will reopen during our normally scheduled hours Saturday, Nov. 27. 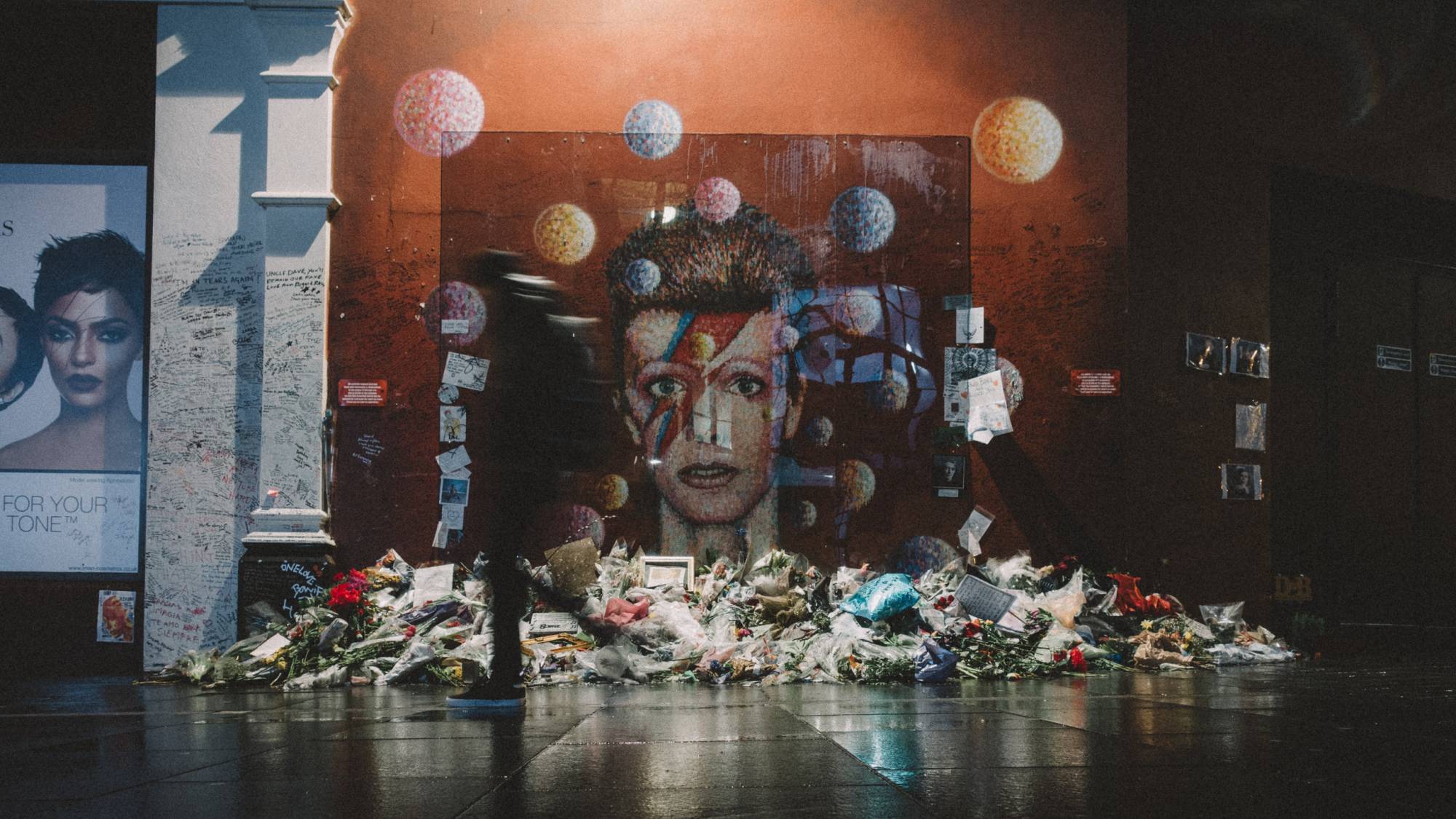 David Bowie was a brilliant artist, and January is a fitting time to celebrate his life and work. This month, after all, is named for Janus, the Roman god of beginnings and endings. As an artist, Bowie was always changing, ever willing to leave behind one mode of expression for a new one. Plus, Bowie was born in January (in 1947), and he also died in this month (in 2016).

For anyone looking to celebrate Bowie, there are many materials available. While reminiscing about him, I just watched three biographical films, and I can recommend these titles in particular.

David Bowie in His Own Words

Most of all, I appreciated David Bowie in His Own Words. This program consists entirely of filmed interviews and conversations with Bowie. Accordingly, it conferred greater insights into Bowie’s own views of his work, and I ended up learning a great deal about his artistry. His brilliance is clearly on display in the interview format, as is the confusion and resistance displayed by some of his interviewers. Ultimately, it’s delightful to listen to Bowie’s wit and to watch him evolve over the decades.

This documentary details Bowie’s life and career. More than the other two films noted here, its main purpose is to provide biographical information. Consequently, it’s useful for someone who wants to approach Bowie’s art by learning about his life.

Bowie: The Man Who Changed the World

All three of these DVDs were released in 2016 as part of a general rush to commemorate Bowie, yet this one perhaps shows a few more signs of haste. There is no original Bowie music in the program, and the interview participants are not exactly the people closest to Bowie himself. Nonetheless, the archival footage specifically from his early career is quite interesting to see, and Bowie’s lasting importance is made clear by the overall presentation.

During January, will you spend some time remembering Bowie?

Yep! I sure will. From a fellow Bowie fan, thanks for this piece, Laura.
Nicole! Thanks for reading it. I do think he's brilliant!
Nice mythology reference Laura!
Thanks maria! I do love mythology -- and Janus with 2 faces, in particular.