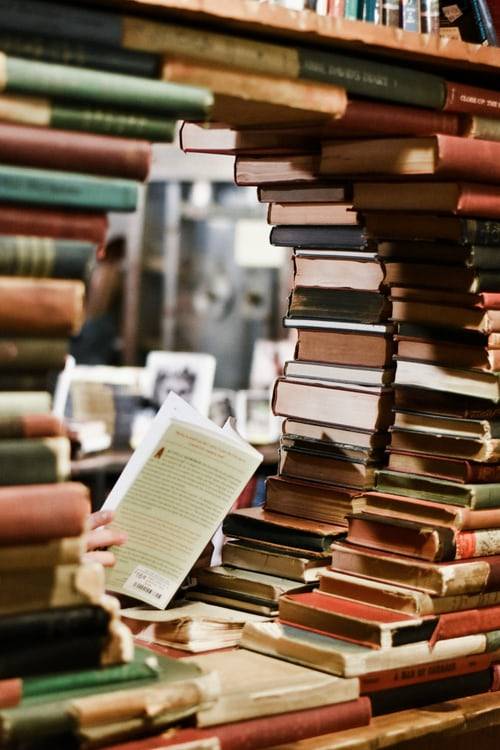 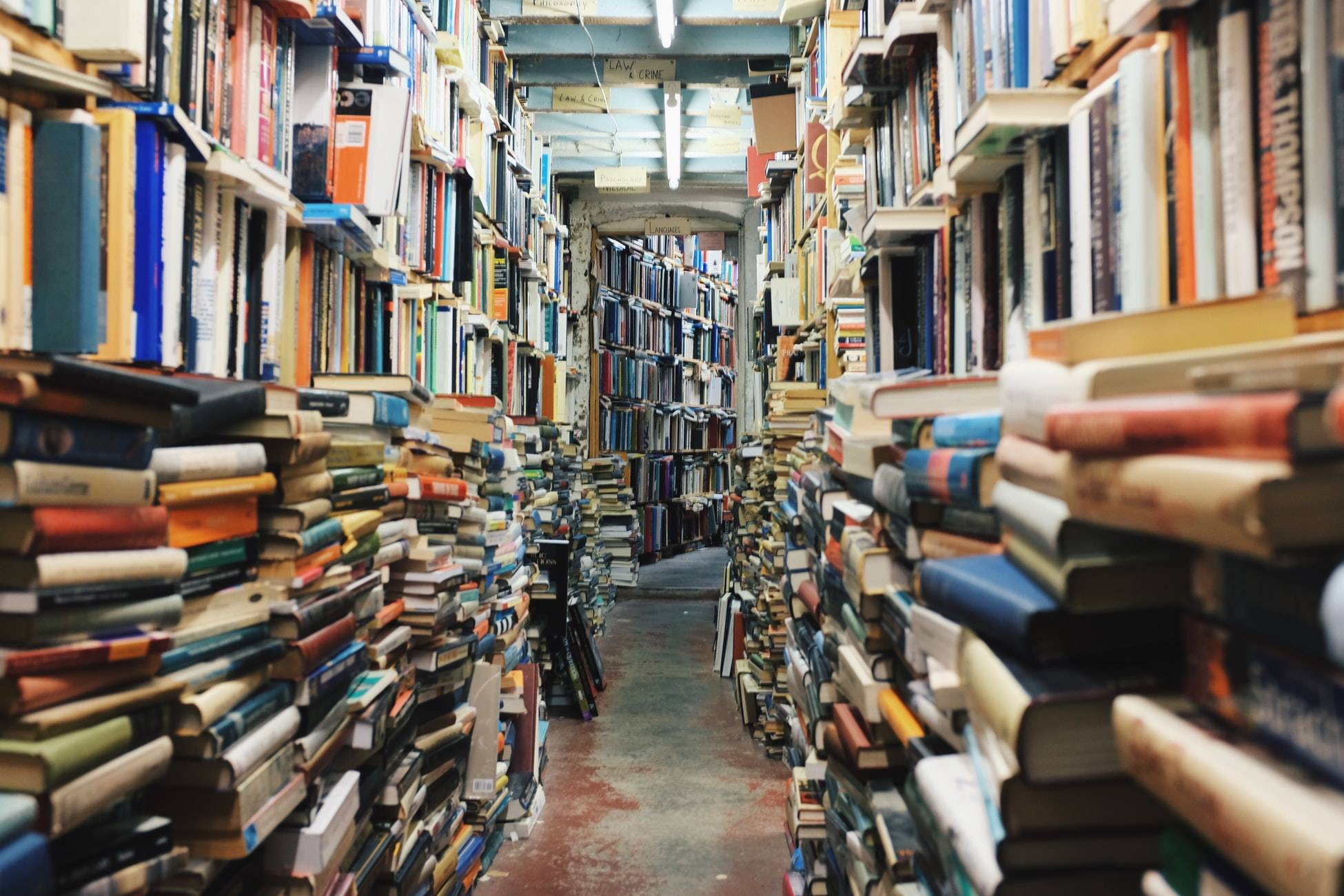 I like exploring books in bookstores. I also enjoy reading about bookstores in books. Truth be told, fiction about bookstores is especially pleasing to me. Happily, when I’m in the mood to read another novel that centers on a bookstore, it’s easy to find one. Even setting aside mysteries, for no other reason than the sheer numbers of them set in bookstores, there remain plenty of bookstore novels – some shelved in historical fiction, others in general fiction, and even some in the romance section.

Genre is not, however, the main way that I mentally sort the bookstore novels I’ve read. Rather, I find myself arranging them in order by the mood each one establishes. Some are lighthearted or ebullient, optimistic in their conclusions. Others are best described as solemn or pensive, perhaps even melancholy in nature. As the following sample of bookstore novels indicates, varied authors have created diverse fictional moods while broaching the same topic. For me, part of the fun in reading another novel about a bookstore comes from considering how it fits among the ones I’ve already read.

First and lightest, Jenny Colgan’s The Bookshop on the Corner sets a mostly cheerful tone and takes readers along for a quick, entertaining ride. While the characters here do have their problems, an eventual resolution is never seriously in doubt, and the romance promised is delivered. From the start, it’s easy to see that Nina, the main character whose life has just been upended, soon will find her happy ending – indeed, the novel was first published in Britain as The Little Shop of Happy Ever After. Plus, it’s quite pleasant to imagine the specific bookstore described here, since Nina drives a mobile bookstore of her own making around the scenic Scottish Highlands. In The Bookshop on the Shore, Colgan’s later novel involving the same mobile bookstore, a different character is in the driver’s seat, yet the storyline follows a similar route towards romance and resolution.

Veronica Henry’s How to Find Love in a Bookshop also quickly promises and then delivers a favorable romantic conclusion, even as it depicts various relationship difficulties along the way. The overall tone of this story is a little bit more serious, however, as the central character, Emilia Nightingale, must deal with arduous business matters while in a state of shock, following her father’s bewildering death. Nevertheless, it’s not an entirely somber story, at least in part due to the pleasing setting of the bookshop, which is situated in a charming village in the Cotswolds. Placing this bookshop within the rolling hills of south central England allows a reader to envision and enjoy a picturesque location, one that seems entirely suitable for a bookshop frequented by interesting local characters. Lucinda Riley similarly creates a world filled with books and distinctive characters in The Shadow Sister: Star’s Story, and this novel also establishes an overall sense of optimism, even with its melancholy elements. In this third entry in Riley’s popular Seven Sisters series, Star D’Aplise is living in London and working in an antiquary bookshop while learning how to navigate life independently for the first time, being newly out of a sister’s shadow. As you would expect, Star handles the challenges that arise as she uncovers her individual identity, and at the same time, she finds her way towards a romantic relationship.

Next on my shelf of bookstore books are two works that are less concerned with a romantic result and more interested in love in a variety of relationships. The Storied Life of A.J. Fikry by Gabrille Zevin and The Lost for Words Bookshop by Stephanie Butland explore how love and loss shape our lives, and both offer moments of joy and also of sorrow in their meaningful stories. These novels blend sweetness and solemnity, creating a balanced fictional tone, and being centered between lightness and seriousness, they belong in the middle of my set of bookshop books. Yet these novels are not at all middling in their quality, just to be clear. In fact, I consider them to be among the top novels in general that I’ve read in recent years. As a character-driven reader, I valued the individuals depicted here, and I also appreciated the ways that each author established a sense of equilibrium while narrating deeply affecting stories.

Last but not least, although darkest in fictional tone, is Penelope Fitzgerald’s The Bookshop. When Florence Green decides to use her inheritance to open a bookshop in her East Suffolk town, her good deed does not go unpunished by others living there. This particular village is not imagined as an idyllic setting, and this narrative does not head towards a happy ending, romantic or otherwise. Nevertheless, while the tone is never sweet, neither is it bitter, and humor is evident throughout. Various town residents may not value Florence or her bookstore, but readers are likely to appreciate how Fitzgerald makes it amusing to read about disagreeable characters. Last of all, in this missive about bookstore novels, it would be remiss of me not to mention one more title, even though it is a work of non-fiction. The Diary of a Bookseller describes Shaun Bythell’s experiences working in The Bookshop, Scotland’s largest secondhand bookstore. His book belongs with other memoirs when shelved, of course, but I also think it pairs nicely with Fitzgerald’s novel. Both authors are telling stories, after all, if from different angles, and what's more, they both do so with wit and humor.

Perhaps like me, you like reading about bookstores in books. If so, do you have a particular favorite – and how would you described its tone?