Book review: 'The Stranger in the Woods' by Michael Finkel 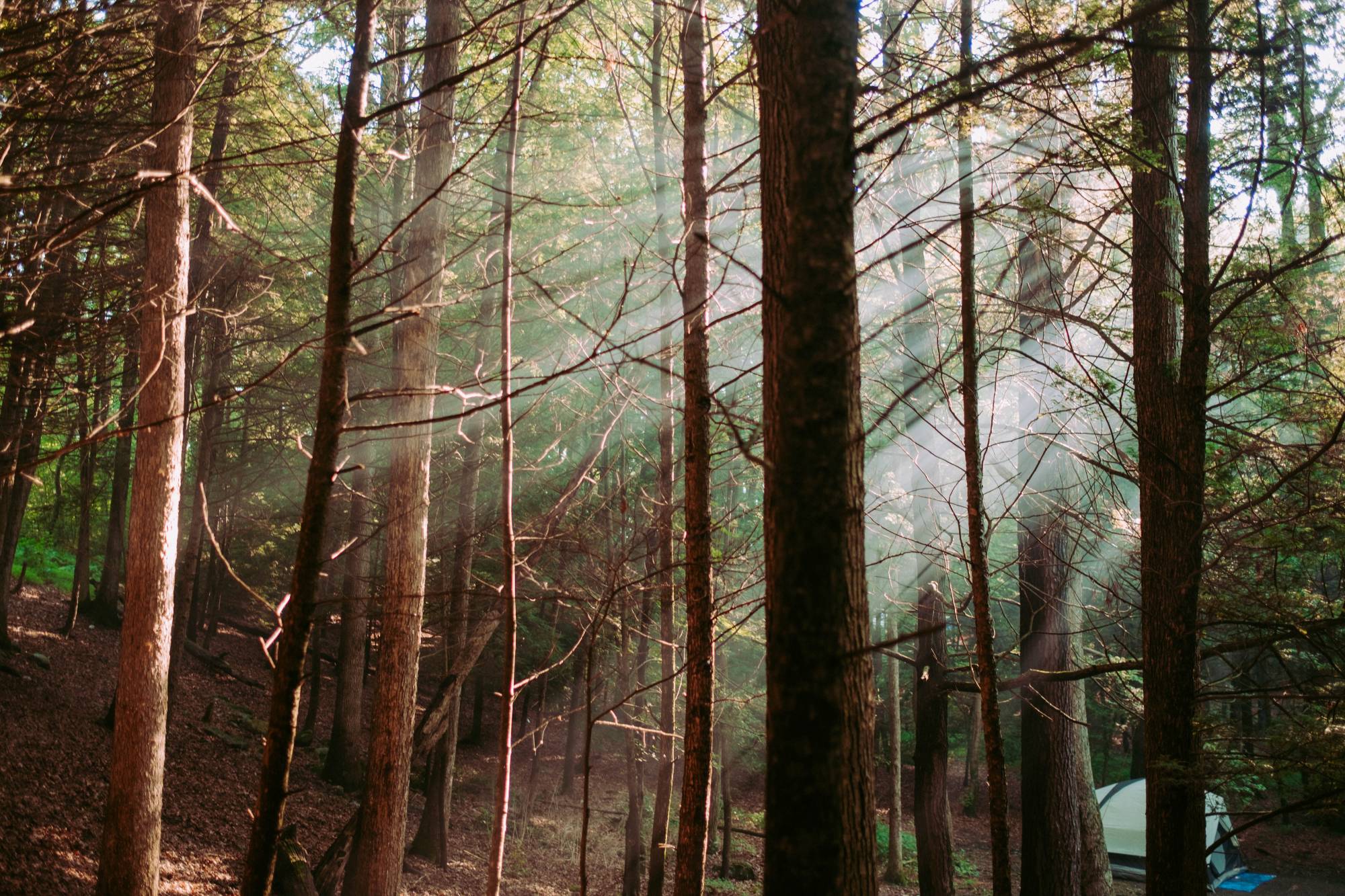 I was slightly intrigued by The Stranger in the Woods when I sat in on Anythink Commerce City's book club discussion on this non-fiction title by Michael Finkel. I had already put this book on my Goodreads "To Read" list, but had forgotten about it. After listening to the discussion on this story, I knew I had to read it.

I believe what is so curious about Christopher Knight's story is that there wasn't a single event or issue that caused him to withdraw from society. He didn't make a conscious choice to exit the mainstream but rather on a whim, at 20 years old, took a drive and never returned to society for 25 years. Author Michael Finkel does a magnificent job telling Knight's story in a respectful and courteous manner while still asking the questions we all have.

One of the aspects of Knight's story that I found so interesting is that while he left civilization, he was merely miles from it. He could hear it, at times see it, and yet he remained removed. He felt no pull to re-enter.  He felt no longing for what it had to offer other than his need to occasionally enter local cabins to "restock" his food supply. He listened to talk radio and classic rock but knew little of what was happening in the world.  He quickly lost track of time as it applied to the calendar but rather began to mark the passage of it by the seasons that came and went. The fact that he was only about 30 miles from his family home was of no consequence to him. He felt no need to reassure his family he was alive and well. When he made the decision to exit, he did just that.

His love for reading became his companion and he felt no need for any other. His trips to the local cabins for food became a quest for new reading material, as well. He developed a keen eye for the the bookshelves and had his favorite genres. He liked Shakespeare but saw no use for the likes of Grisham unless he was out of toilet paper. He detested Thoreau but tolerated Emerson. He discoverd Tao Te Ching and connected on a deep level to its wisdom. But one novel above all others spoke to him in a life changing way.  It was Dostoyevsky's Notes from the Underground. "I recognized myself in the main character," he said of the book's narrator who lived apart from society for 20 years.

When asked if he kept a journal of his time in the wild, he responded with, "I'd rather take it to my grave."  Truly, a journal would have only provided for the curiousity of the rest of the world, adding to his misery. Knight felt a journal was rarely honest and always slanted to a would-be reader.

It's remarkable how this simple though resourceful man survived that many Maine winters without lighting a fire. He was careful to never do anything that might lead civilization to discover him.

As a fellow introvert I understand Knight's need for aloneness, but I prefer mine to take place in a house with heat and air conditioning. However, Knight's story will give you a newfound respect for the dedication it must have taken to endure the elements at the risk of starvation or death. I found myself surprisingly sad at his ultimate arrest for burglary, asking myself if it was really wrong of him. He stole food and supplies for his survival, never while anyone was at home, and he always fixed and replaced any window, screen or door he used to enter a cabin. I am a stickler for the rules, and yet I found myself empathizing with Knight and the character he ultimtely displayed. I was further sadened at his struggle to re-enter society and the decree that he not ever leave it again. I finished the book's pages but found myself sitting and contemplating Knight's story. And so, I believe, will anyone who dives into Finkel's brave narrative of this remarkable man and his journey.

This is one story I will continue to marinate on and will inevitably return to in hopes of a happier ending for Mr. Knight.

Tags:
review
The Stranger in the Woods
Michael Finkel