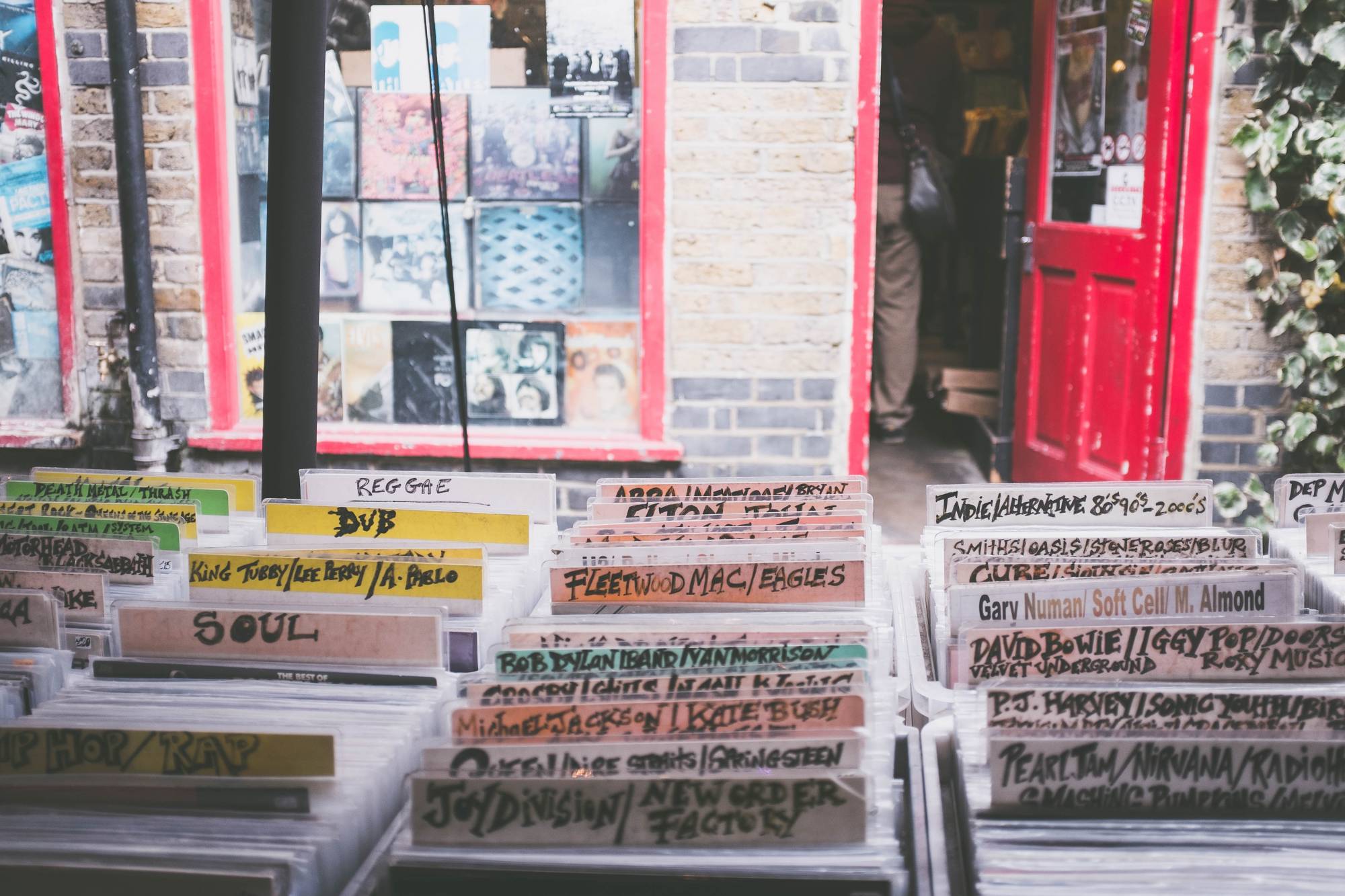 In the past few weeks my fellow bloggers have been examining the difference between “forever songs” – songs that you will always remember as those you love – and “memory songs,” which are tied to a specific memory or maybe even a specific person. It was very intriguing reading about all the different songs that meant different things to different people, and I wanted to give my own take on the matter. The more I started thinking about what songs could be either one for me, I found myself in kind of a grey area. Every song that I have ever heard and liked I can recall anytime it comes on the radio, whether it's 5 days or 5 years after hearing it for the first time. To me, that sounds like a forever song. My family always jokes that the reason I can’t remember times or important things is because my brain is so full of music. Though this isn't scientifically possible, it definitely rings true more times than not. On the other side of the spectrum are the songs that may remind me of a certain person or a certain memory, but haven't been enough to make me stop or skip the song. This doesn’t fully seem like a memory song to me. I often catch people off-guard with the amount and variety of music that I know, especially for my age. Although I have discovered a lot of music for myself, I wouldn’t have the love for music that I do if it wasn’t for the people around me constantly introducing me to their own forever songs. So instead of writing out a list of 1,000 songs that I love, I thought It would be more interesting to break down some of the forever genres that have been introduced to me throughout my life.

I was born in Fort Collins, but we moved to Arvada at a young age. Many relatives remained in Fort Collins. For major holidays we would usually make the hour and a half drive there for get-togethers. My mom was really into a lot of random music and she would always burn CDs of the songs she enjoyed at the time. It was a random mix of Sum 41, my uncle's band Love .45, Cristina Aguilera, The Dixie Chicks, Reba McEntire and Aaron Tippin, include some random (and lonesome) country songs. It was during the flip phone era, so I couldn’t play on a phone and there had been a Crayon incident caused a prohibition on coloring books in my mom's car. The drive up there was usually pretty boring for me. After telling my mom I was bored for what must have been the fiftieth time, she turned up the music so I would stop annoying her. With nothing else to do, I just stared out the window and listened to whatever was on the CD this time around. After a few trips I knew almost all the words to each track and looked forward to the new mixes. Notable forever songs from this time include:

Growing up, I was positive that I wanted to be exactly like my older sister. Her being six years older than me, I was the annoying younger sibling that just wanted to be a part of all the things the cool, older kids were doing. Of course, she was having none of it. We didn’t really get along for a good majority of my childhood (we are best friends now), but for all of the things we didn’t do together there was one thing that we always did – listen to music. Every time she would download something new onto her iPod, we would lay on her bed, each with a headphone, and listen to it. Whether it was three songs or three albums, we would just listen. The music was always a variety of things from 'NSync to a random song she had heard in the background of Degrassi and really liked. But there was one specific genre of music that she introduced me to that I still love listening to to this day – pop punk/alternative. This included bands like My Chemical Romance, Mayday Parade, Blink 182, Fall Out Boy, and Panic! At The Disco. While my sister has lost her taste for these bands, I still listen to them on a fairly frequent basis. Every time I do, I think of my big sister and the only time I got to spend with her when we weren’t fighting. Notable forever songs from this time include:

I was introduced to video games at an early age. I grew up in the era of the PlayStation 2 and to say that Guitar Hero”was all the rage feels like an understatement. When I got to spend time with my biological father, we would spend a good majority of it battling it out on the game or watching movies with awesome soundtracks (most notably Roll Bounce and School of Rock). Not only did I love the company, but I started to realize how much I enjoyed the songs we were playing along to. There was a picture of me hanging in his house from when I was a toddler with a bunch of white and black makeup on my face. My dad explained that I was dressed up as Gene Simmons from the band Kiss – he explained that I had heard their music before and liked it. He fired up the PS2 and played the song “Rock and Roll All Night.” After the song ended, he pulled up more videos and we fell into a YouTube black hole of classic rock and 80s hair bands. We listened to Queen, Motley Crue, Guns and Roses, The Beatles, and of course more Kiss. Notable forever songs include:

When my stepdad came into my life, it was mildly overwhelming. It had just been my sister, me and my mom for so long that I was unsure about throwing someone else in the mix. So when I found out he would be taking me to school every other day, I was skeptical to say the least. Every other day, I would get in the car and remain completely silent until we pulled up to my elementary school. Eventually, he started playing music to remedy the awkward silence. At first, it was just the radio. Then, one day he plugged in his iPod and put it on shuffle. The first song that came on was from the musical Rent. Theaters and shows were never really something that we had been exposed to before, but as the song continued I really began to enjoy it. When the song came to an end and a new one started to play, I sheepishly asked for more. For the next few weeks, we spent every morning trip to school making our way through the Rent soundtrack. Once we had made it through that one, he introduced me to another musical he really liked, I Love You, You’re Perfect Now Change. (Fun fact: I know every word to every song in this musical and I have never seen it). Then when we had made it through that he started showing me more of his favorite songs and explaining to me how music was a big part of his life. It was everything from The Temptations to other musicals to old school hip-hop and R&B. Notable forever songs include:

Music is an important medium in the world, and I love that it can mean a lot to people so much so that they can link certain songs to memories. In the end, my forever songs could also be considered memory genres since they often remind me of the people that introduced me to them. Regardless, I am thankful to have such a large variety of it in my life and I look forward to all the rest of my forever songs that I have yet to hear.