I dream of holding it in my hands this summer, lounging by the pool, ignoring my family. I need it. I want it – A Dream of Spring, the planned title of the seventh volume of George R. R. Martin's A Song of Ice and Fire series. 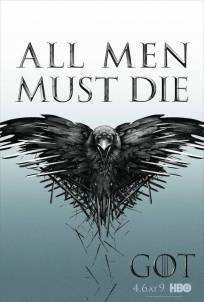 The cultural sensation that is Game of Thrones continues April 6, 2014, with its highly anticipated Season 4 premiere on HBO. I was one of the lucky few to attend an advanced screening of the show on March 27 here in Denver. The event, sponsored by HBO, held a costume contest, a photo op with the Iron Throne, live music from the show and, of course, the first episode of Season 4, “Two Swords.” The season kicks off right after the shocking event at the end of Season 3, “The Red Wedding,” which was originally the main motivation for producers David Beinoff and Daniel B.