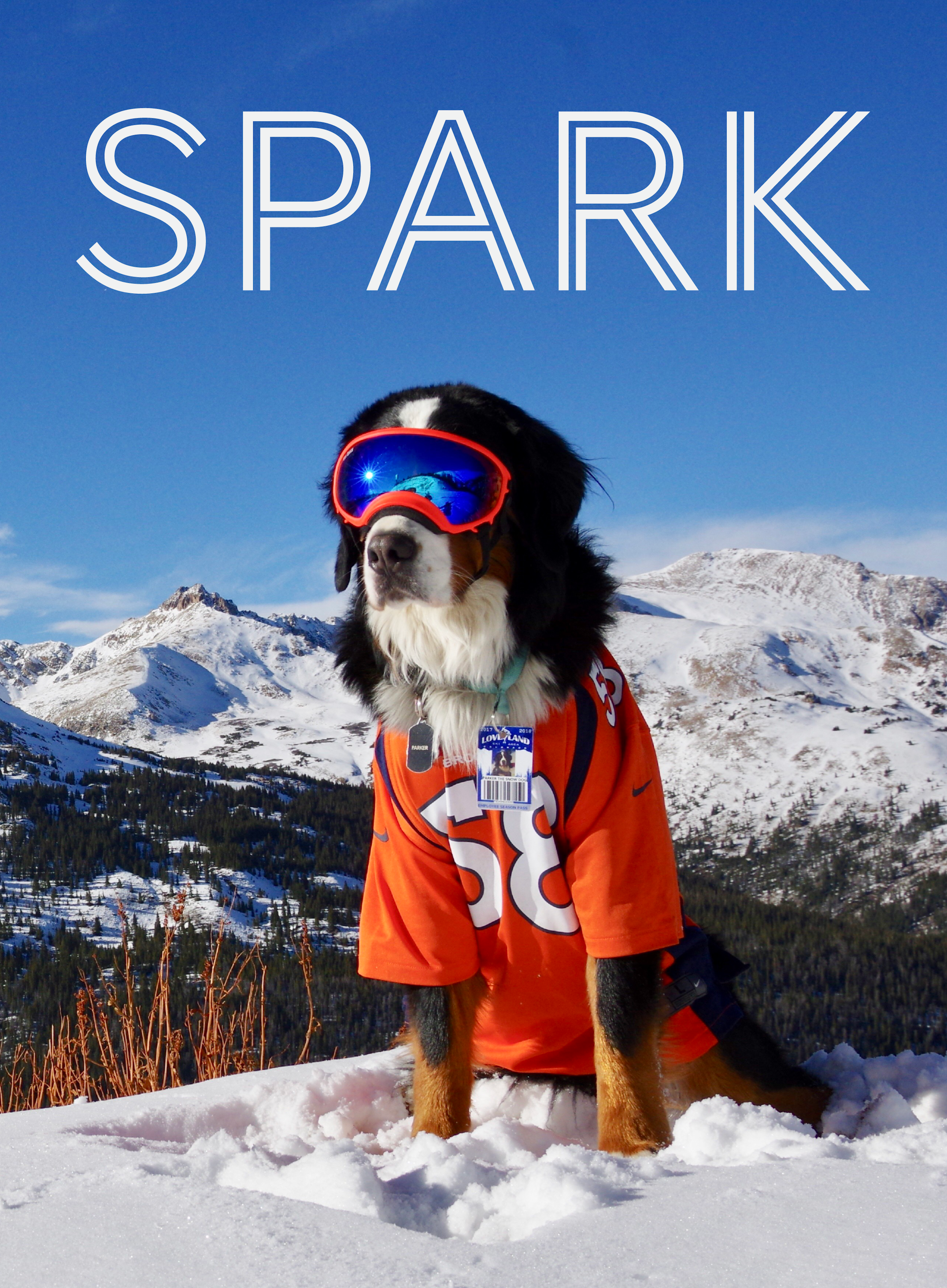 The library as a launching pad 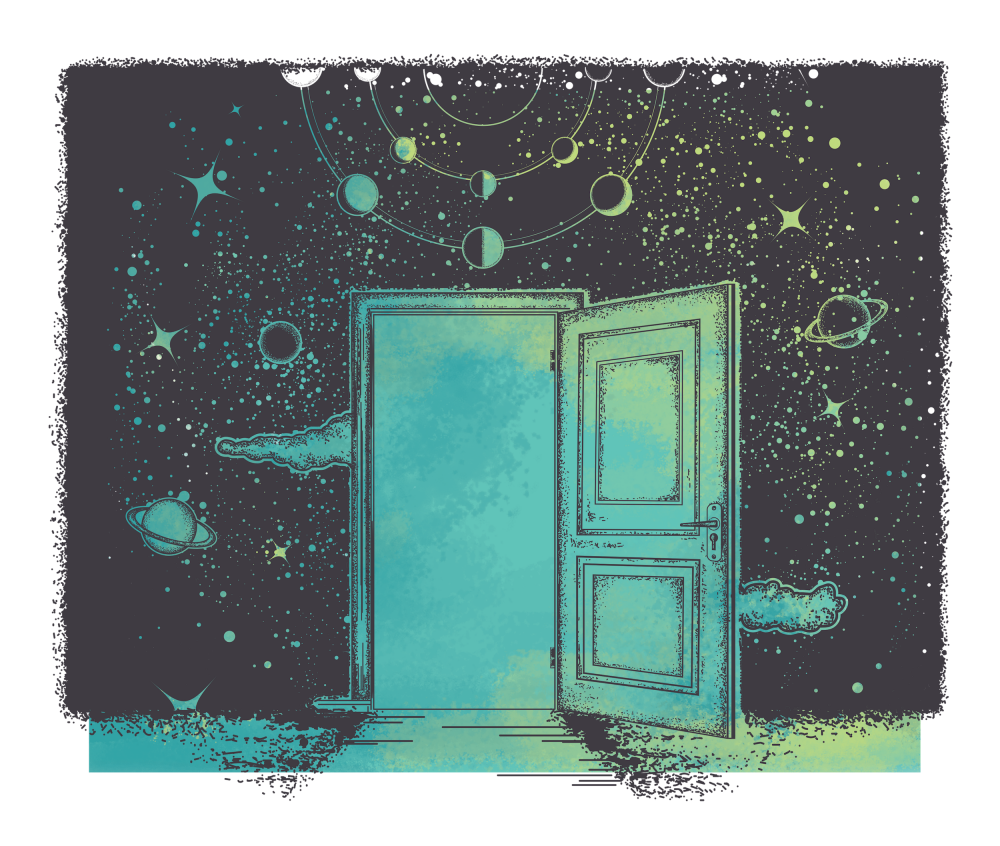 For many, the library provides opportunities for learning and connection; but others have found that libraries can go beyond these traditional services and serve as a launching pad for life transformations – setting them up for new careers, entrepreneurial endeavors or even acceptance to a dream school. We took a look at some Anythink customers who have found ways to enhance their lives, education and vocational opportunities through the library. 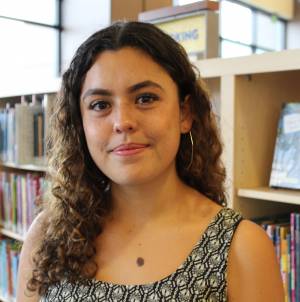 From homelessness to Yale

As early as she can remember, Viviana Andazola Marquez was always passionate about one thing: her education. Even in elementary school, she was eager for her teachers and school librarians to help her continue learning outside of the classroom.

“We weren’t supposed to take our books home, but very early on I gained the trust of the librarians,” Andazola Marquez says. “They recognized the curiosity in me and gave me special privileges to take books home – and that set me up for this broader educational journey I’ve wound up going on.”

It’s a journey that’s taken Andazola Marquez to one of the most prestigious schools in the country, Yale University, where she graduated in 2018. And she’s not stopping there – Andazola is now working in the legal industry while studying for the Law School Admission Test. She hopes to one day be a human and civil rights lawyer. Though impressive, this journey wasn’t easy. Growing up, Andazola Marquez’s housing situation was precarious.

“I was homeless for most of high school,” says Andazola Marquez. “As a result, I spent a lot of time at the Anythink York Street library because I was so very focused on getting out of my situation. I needed to do my homework and type papers and translate documents for my parents.”

Andazola Marquez credits libraries as being a stable fixture in her life, a place where she could study and further her education while also having the guidance of library staff. Using her parents’ experience as inspiration – they didn’t have as much access to education – and the resources at her disposal at school and the library, Andazola Marquez is now making waves as a successful Ivy League graduate, choosing from multiple job opportunities in Washington, D.C., and New York City. But she continues to look back on the support she received in her teen years from teachers and libraries as one of the motivating factors that pushed her to pursue these opportunities.

“My teachers would drop me off at Anythink after school, and I’d spend the whole evening there,” she says. “I wrote most of my college essays in libraries. I would have never made it to Yale without them.”

From blueprints to big clients 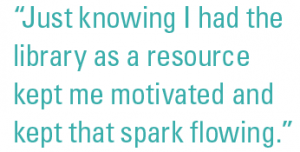 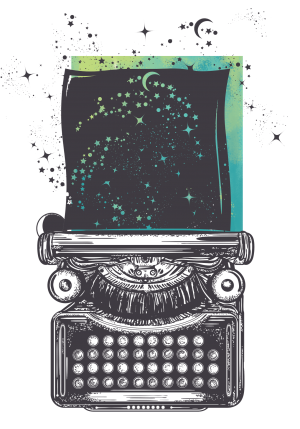 For Bryan Smith, starting his own business had been a lifelong dream. So when one of his jobs wasn’t going very well, he channeled the frustration into ambition and decided to take a leap into entrepreneurship. In 2012, Smith started Legacy Teledata Services, LLC, a low voltage cable provider and installation business, working on nights and weekends to try and put his own venture into motion. That’s when the library shifted in function for him.

As a father, Smith was already familiar with Anythink – it was a regular destination for his kids as a place to play, learn and pick up books. But when it came time to start his own business, the library took on a new shape: an extension of his start-up.

Read more about how businesses at every stage can benefit from resources at the library.

“I had been trying to do business at home, but there’s dogs barking and a family in the middle of the living room,” Smith recalls. “It’s just not a good look.”

Instead, Smith decided to set up shop at Anythink Wright Farms, the district’s flagship branch in Thornton, Colo. As a teledata specialist, he needed space to work with blueprints and would spread them out across various tables throughout the branch. When it came to securing his first clients, he decided to rely on the professional atmosphere of the building’s meeting rooms and study spaces rather than his home or a local coffee shop. They afforded privacy, professionalism and amenities like whiteboards and WiFi, and still with the added bonus of coffee.

“Just knowing I had the library as a resource kept me motivated and kept that spark flowing,” says Smith.

In addition to spark and ambition, Smith also thinks it helped with impressions. “When you’re dealing with decision-makers, they understand how it is when you’re just starting out – and they give you the leeway,” he says. “But they think it’s great to see you taking that much initiative to actually think about a space or temporary office.”

For his part, the hard work and first impressions paid off: Legacy Teledata Services, LLC, went from a one-person venture operating on nights and weekends from home and the library to a successful business with several employees and more than 80 clients, including RTD and Children’s Hospital – and their own office.

In the summer of 2018, Anythink embarked on a new project aimed at helping people develop 21st-century marketing skills like graphic design and social media campaigns with real use-case examples. The result was Ad Agency Boot Camp, an eight-week series led by Anythink artist in residence Matthew Mckissick focused on developing skills to produce high-quality agency work for a local non-profit. Meeting weekly on Saturdays throughout the summer, participants were able to fit this career development opportunity into their busy work schedules – and in some cases, use them as an opportunity to get ahead on the job. 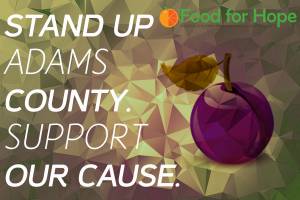 Working with Food for Hope, a local non-profit dedicated to providing food for children in need in Adams County, Colo., participants learned about the organization’s needs and set their sights on developing new promotional materials for them – things like logos, commercials and a social media campaign, using the resources available to everyone at The Studio at Anythink Wright Farms. Learn more about Food for Hope on page 22.

For one participant, Maria D. Zubia, Ad Agency Boot Camp was an opportunity to get familiar with the Adobe Creative Suite software, skills that would enhance her current job as Director of Community Outreach for Kids First Health Care.

“It has allowed me to understand more about creating and updating materials using Adobe software, plus some basics in photography,” Zubia says. “I wish I could take this course again.”

Edith Knehans, another participant who works in data management and engineering administration, echoed Zubia’s remarks. Wanting to enhance her skills in graphic design and media packaging, she dove into the class’ fast pace.

“It introduced me to many new concepts and software applications, as well as other helpful resources,” she says.

For participants like Zubia and Knehans, Ad Agency Boot Camp was all about taking advantage of 21st-century resources available at the library as an alternative to more formal academic settings. While school and college can be an ideal learning environment, they can also come with prohibitive obstacles like pricing or scheduling. With less formal options like Ad Agency Boot Camp, opportunities for individuals to learn a skill set and advance a career are more open and accessible. It’s a sentiment shared by Knehans, who notes that the most surprising thing about participating in Ad Agency Boot Camp was being empowered to learn the tools in a way that she can now explore graphic design more on her own – and that the library has the resources available to continue that learning. ■

The Studio at Anythink is guided by the philosophy that customers fo all ages thrive when they discover and follow their passions, collaborate with others, and become creators. Learn more about resources, upcoming programs and mentorship opportunities at anythinklibraries.org/studio.