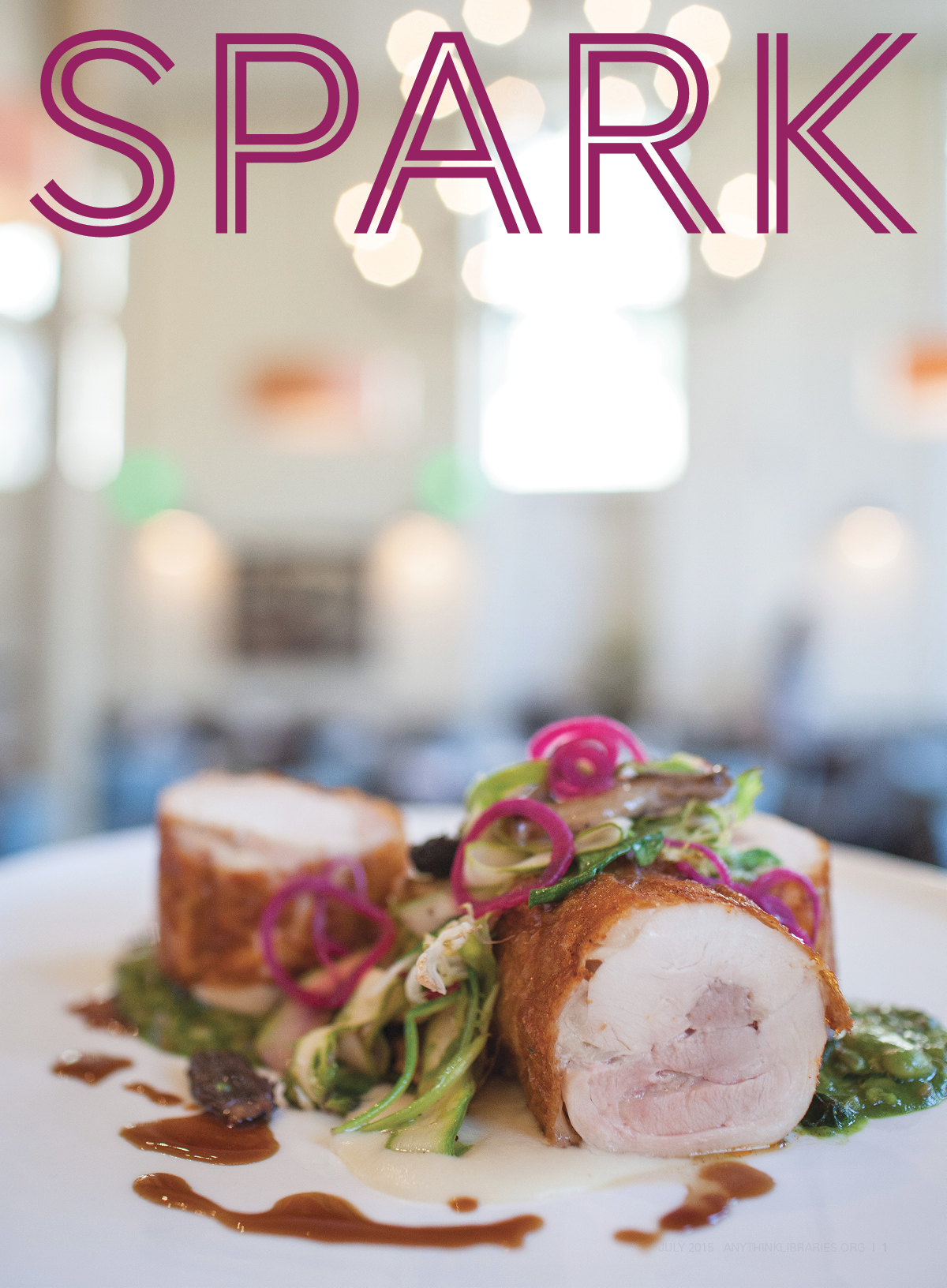 Eating my way through Iceland 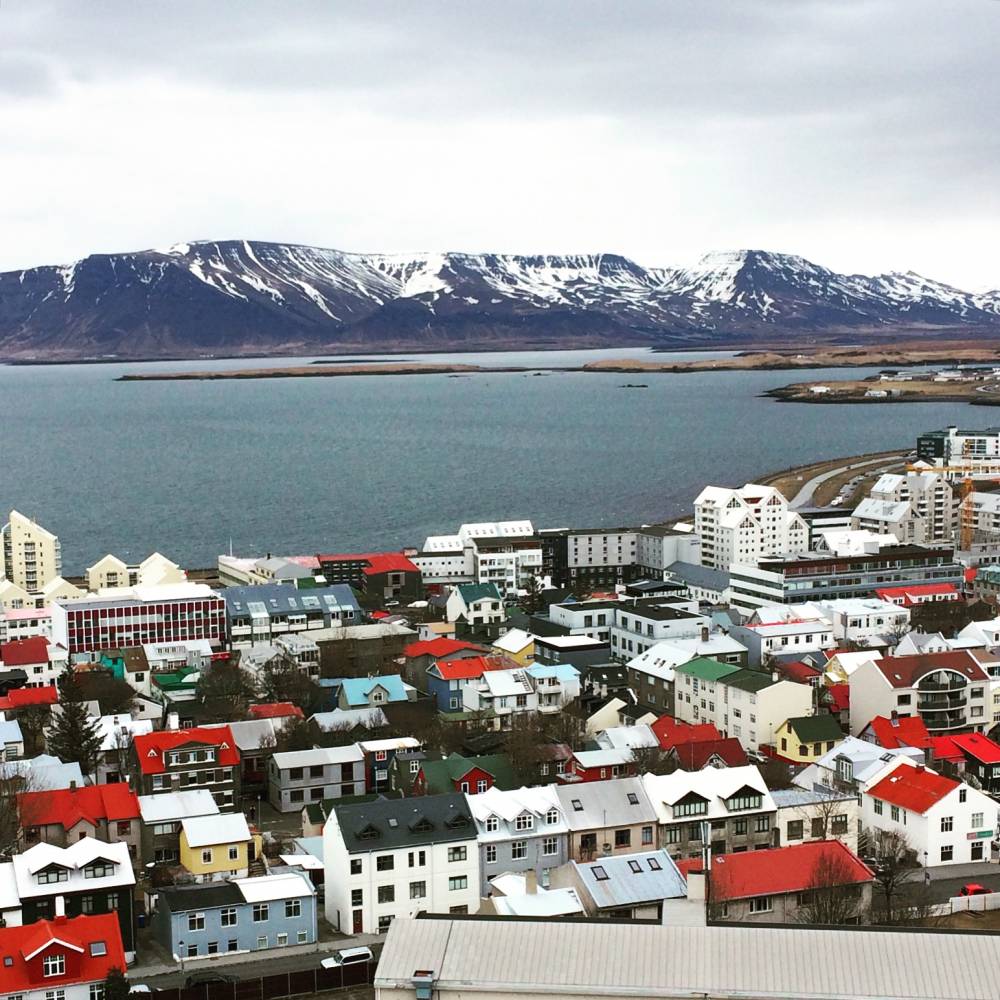 One of my favorite ways to explore a country is through its cuisine. It’s a way to teach history,  explore language and understand the land. This felt especially true during a recent visit to Iceland, where food helped guide our understanding of this fascinating, isolated country of volcanoes, geysers and glaciers. Here’s a look at some of my favorite Icelandic dishes. 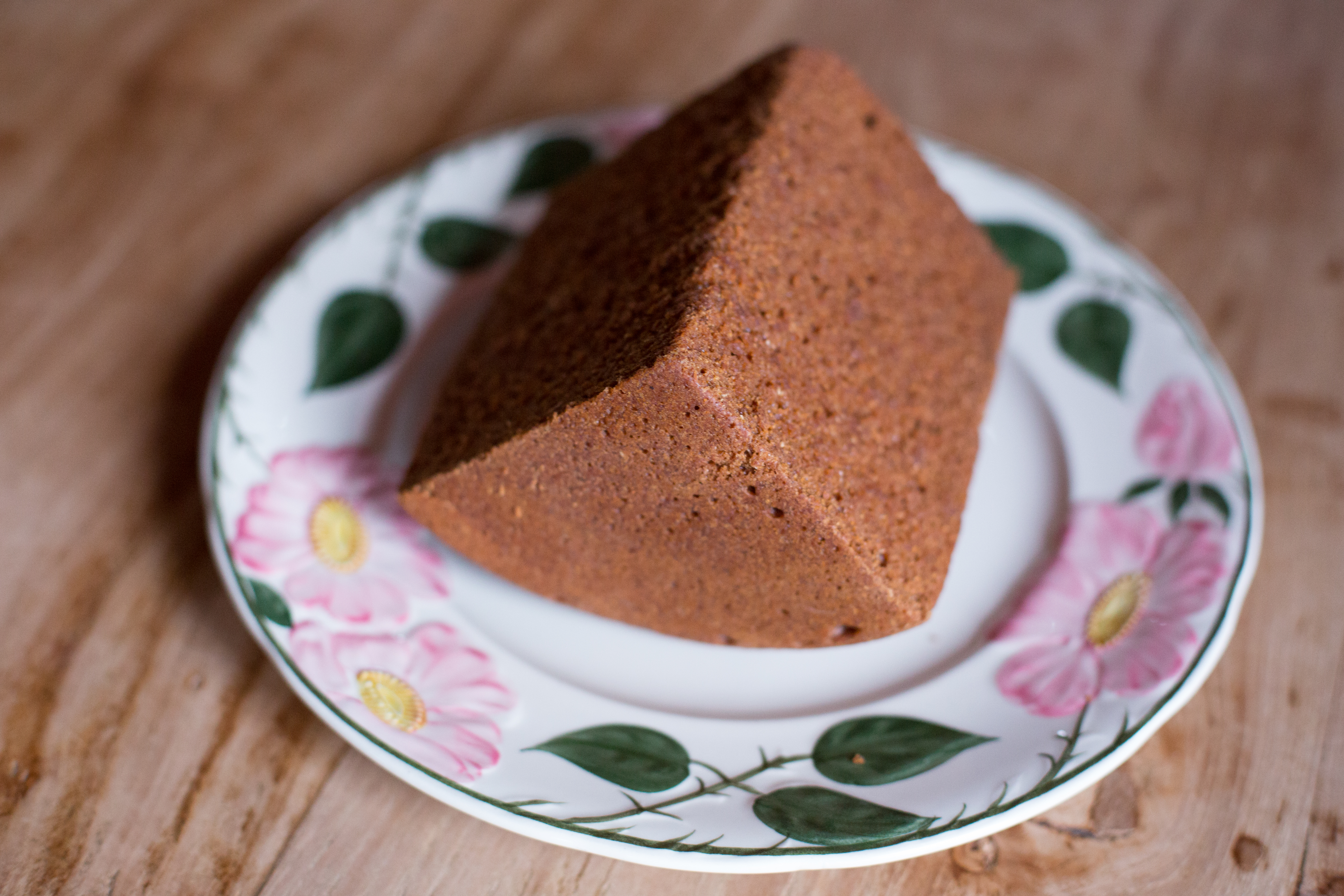 Iceland air might be chilly, but in a country of volcanoes and hot springs, the ground can be extremely hot. Hot springs and geothermal baths are an essential part of Icelandic culture – even the smallest of towns has a public bath for soaking – and a considerable portion of the country’s energy is generated from geothermal power. So it’s no surprise that Icelanders have also found a way to use the ground for cooking. In certain areas, visitors can dig holes in volcanic ground to cook food on a picnic. In the small inland town of Laugarvatn, the Fontana spa operates a geothermal bakery, where they produce a special rye bread, baked in the ground. The bread is hearty, soft, and just a tad on the sweet side.

Yes, the adorable birds are served up on plates throughout Iceland. Vestmannaeyjar (the Westman islands), a dramatic archipelago off the southern coast of Iceland, is home to the world’s largest puffin colony, which scientists estimate to include up to 4 million individual puffins. When cooked, this seabird is tender and red, but with a taste simultaneously gamey and fishy – puffins, after all, survive on a diet of fish. My travel companion aptly described it as “bird sushi.”

Iceland’s yogurt-like dairy product, skyr, is one of the biggest staples of the Icelandic diet. Massively popular as a breakfast meal, skyr has been produced and eaten throughout Iceland for more than 1,000 years. Like yogurt, skyr is high in protein and commercially available plain or in a wide variety of flavors. 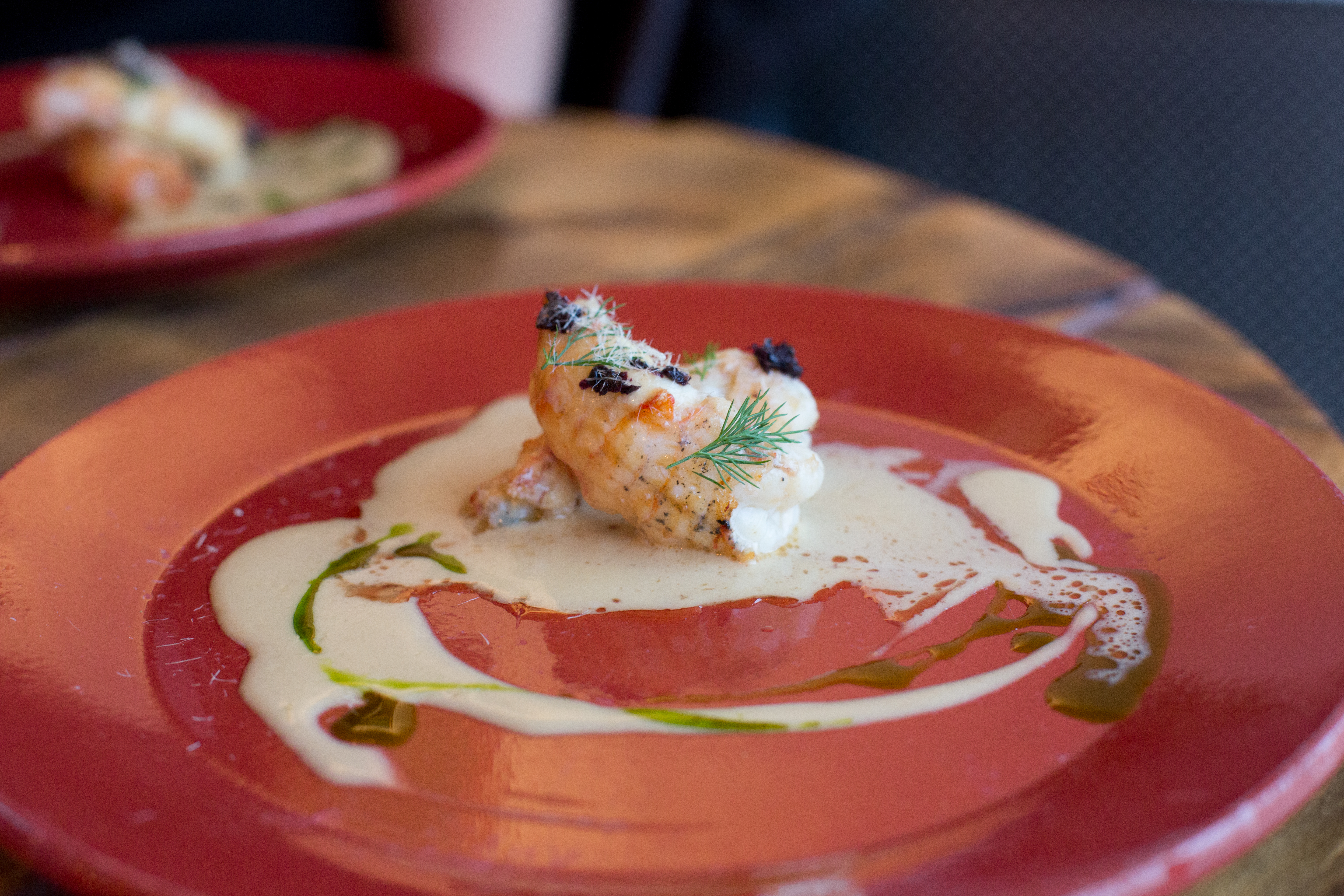 Whether it’s lobster soup, dried cod chips or monkfish, there’s no shortage of excellent, fresh seafood throughout Iceland. From the time of Iceland’s settlement, fishing has been vital component of Icelandic life. In addition to being a main food source, fish also serves as an essential export and source of industry, so much so that fishing feels intrinsically tied to the Icelandic identity. A trip to Reykjavík’s Maritime Museum is a great place to help fuel your appetite for seafood and learn to appreciate its roots at the center of Iceland’s development as a nation. 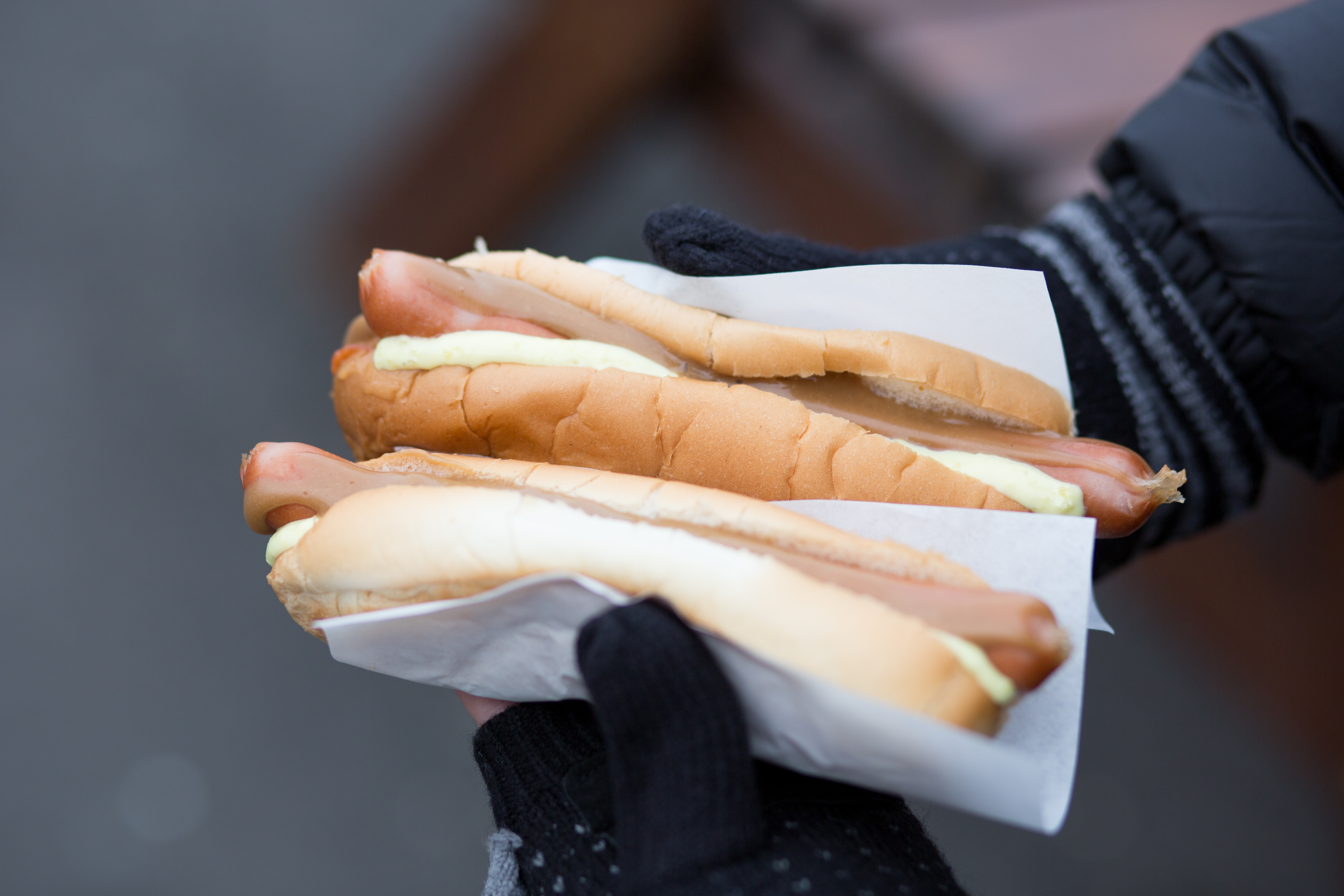 For all its interesting and historical seafood dishes, one of the most popular Icelandic food dishes is rather pedestrian – the hot dog (psylur in Icelandic). Hot dogs are ubiquitous throughout the country. You can find them at a stand on the side of the road, your local gas station or onboard a ferry. Made mostly of Icelandic lamb and dressed with remoulade and pylsusinnep, a brown mustard, Icelandic hot dogs are a quick, easy meal for those on the go.

In addition to hot dogs, lamb can be found in a number of dishes and served in a number of styles. Originally brought to the island by early Viking settlers in the ninth century, Icelandic sheep were vital to the survival of the Icelandic people. In addition to being a food source, their thick coat is used to create a versatile wool used in traditional Icelandic sweaters, worn by locals to stay warm in cold temps.

For a taste of Iceland, visitors to Reykjavík should stop at Matur og Drykkur, a restaurant located in the city harbor. Matur og Drykkur offers a variety of traditional recipes expertly prepared, but the eight-course Icelandic meal is an absolute must. This particular evening, the meal included: dried fish, cured arctic char, twice-smoked lamb, salted cod croquettes, halibut soup, leg of lamb, skyr and Icelandic-twisted doughnuts. Special Icelandic drink pairings – including wine and white ale infused with tea and herbs – are also available.

Got the travel bug? Use Rosetta Stone to brush up on your foreign language skills. Click here to access – all you need is your Anythink card.

Love this! I want to visit Iceland even more than ever now!