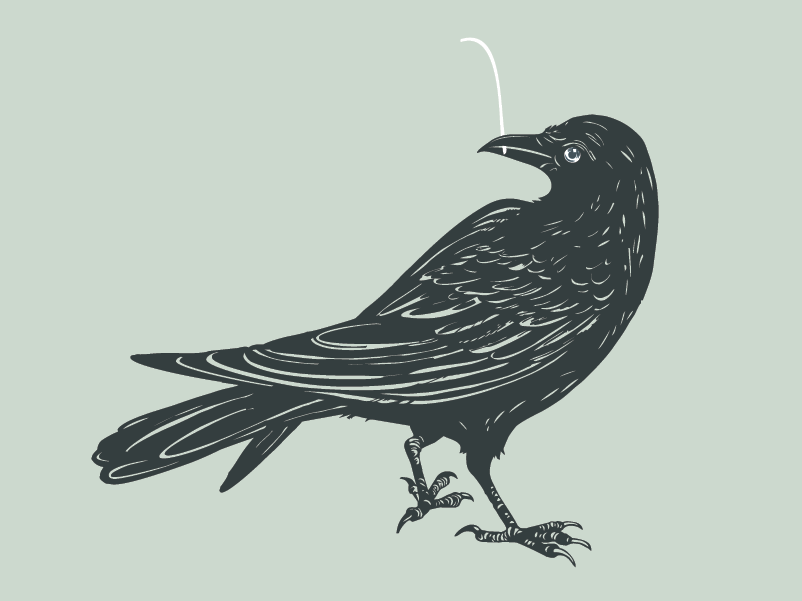 Can animals be creative?

Anyone who’s watched a dog find a way of sneaking into the treat container when they think no one is looking can attest: animals can definitely be clever. But can they be creative?

Cognitive scientists distinguish between creativity and innovation in animals, but cases of both have been observed. Creativity can occur in one animal, wherein that animal receives personal pleasure from their creative activity. Innovation, on the other hand, has a social impact - the behavior changes the way a group of animals thinks or act.

Here are some examples of animals being clever, creative and downright innovative.

Octopuses are considered one of the most intelligent invertebrates, with strong cognitive abilities and a propensity toward what humans might consider hijinks. It should come as no surprise then that Inky, an octopus at the National Aquarium of New Zealand, was able to execute his own jailbreak. After maintenance workers accidentally left a gap in Inky’s tank, he slid across the floor to a six-inch-wide drain. Since octopuses are extremely malleable and can contort their bodies, Inky was able to finally squeeze himself through the drain, where he then made a break for the Pacific Ocean.

Walruses might not be as widely celebrated as dolphins or whales, but these large, bumbling marine creatures are more musically adept than you might assume. Walruses use their entire bodies to create music, with males creating complex compositions to attract female mates. They sing with their lips, tongues, muzzles and noses – but also with their chests. Walruses are unique in their music-creating gesture of striking their chests with their flippers. When they perform, their flippers hit a special tracheal pouch that produces sound. In addition to serving as instruments, these pouches also help walruses stay afloat in water.

In the 1950s, scientists on a small Japanese island began observing macaque monkeys. To help the primates become familiar with their human presence, the scientists began leaving sweet potatoes on the ground as a positive gesture. The monkeys would dig into the sweet potatoes after discovering them on the ground, dirt and all. That is, until a female macaque – named Imo by the researchers – decided to take her sweet potato to a freshwater stream for a thorough washing and scrubbing before consuming. Her ingenuity kept the gritty dirt out of her eating experience, a behavior that was then adapted by younger macaques in her group. Within five years, three-quarters of macaques on the island would regularly wash their potatoes. Today, more than 60 years later, the practice continues with the current generation of coastal macaques in Japan.

New Caledonian crows are known for using tools; they search for food with twigs. Betty, a New Caledonian crow captured and studied by Oxford researchers, has taken this approach to a new level. The crow was observed accessing out-of-reach food by not just using a tool, but modifying one. After she was unable to use a provided straight wire to access food, Betty improvised by bending the wires into hooks using her bill and feet. The improvisation worked, and Betty repeated her toolmaking to get at food more easily. ■