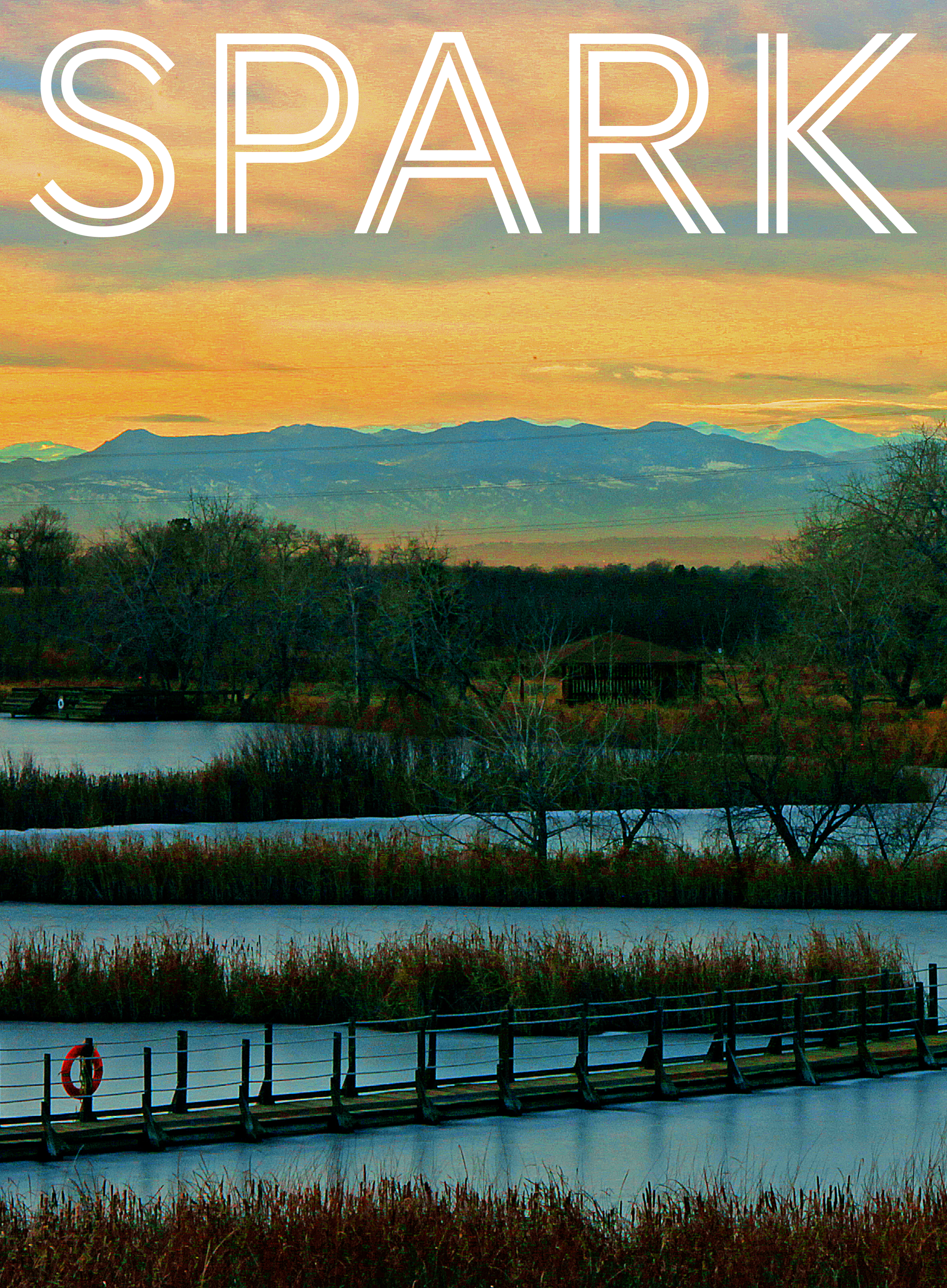 A Syrian immigrant in Colorado 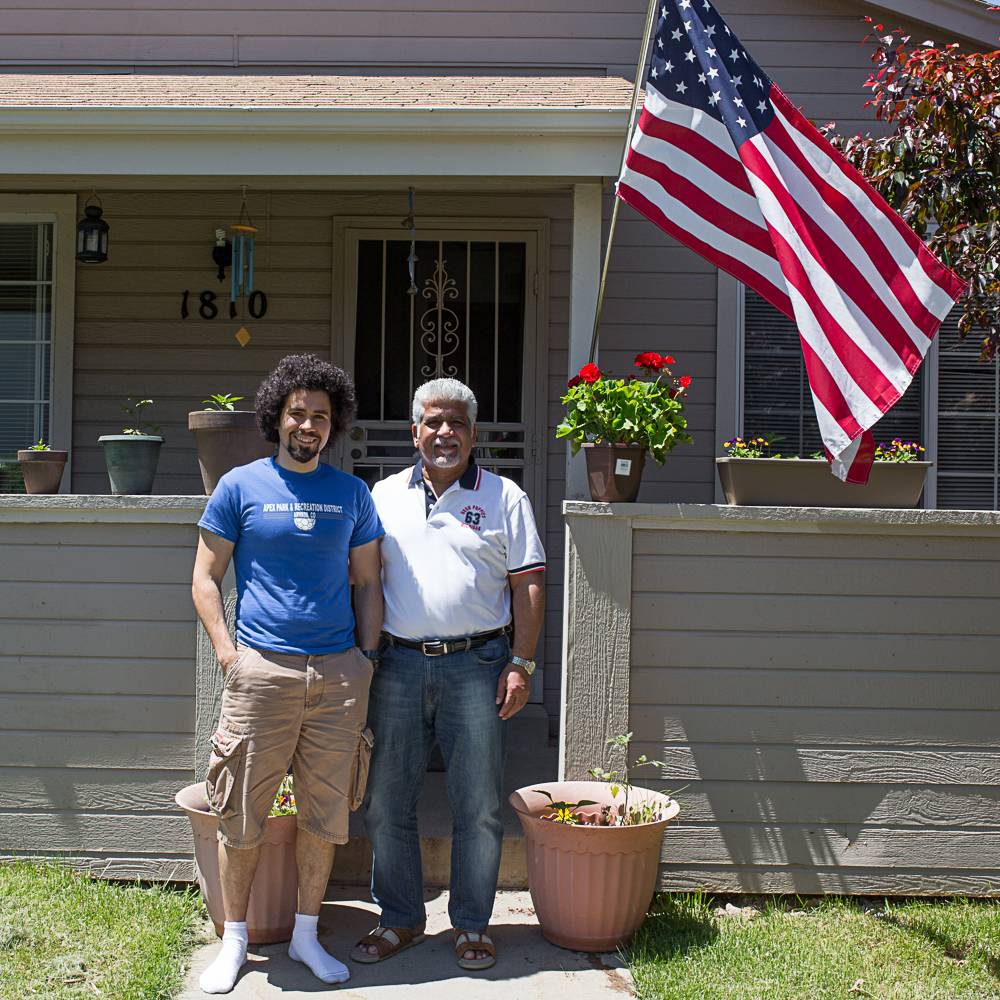 On a hot Sunday afternoon in June, Fawaz Suleiman sits in a well-lit living room in Thornton, Colo., and offers up a pitcher of water and dried dates. When he speaks, he switches back and forth between English and his native Arabic. On the occasion when he struggles with a word or needs to convey a more complex explanation, his son, Mazen Suliman (last names spelled differently), steps in to translate. Together, the two explain the story that brought Fawaz across the world from his former home in Syria to what he hopes will be his future home in Adams County. 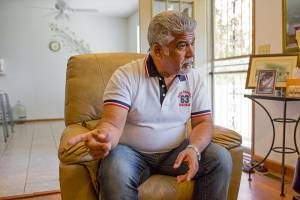 Fawaz arrived in the United States on April 20, 2016. He’s here on a temporary visa, and working with immigration officers in the hopes of extending it past the fall.

“I want to stay here,” Fawaz says. “I don’t want to return back to my country. It will be a long time to finish the war. If you break a glass, it takes just one second to break it. But if you put it back together it will take hours.”

The conflict in Syria is nothing if not complicated. In 2011, the Arab Spring sent waves of discontent and uprise throughout the Middle East. Anti-government protests and armed rebellion groups and deserters of the national army formed in protest of leadership across the region, eventually leading to what began as peaceful protests in Syria. The government, led by President Bashar al-Assad, swiftly countered and sent in troops and tanks to demonstrations. Violence erupted in cities across the country as people rallied against the government. During this time, rebel coalitions formed across the country – but not always with a cohesive agenda. In 2013, the BBC estimated that there were as many as 1,000 different armed opposition groups fighting in Syria, including the Free Syrian Army. This chaotic situation created an opportunity for extremist groups like ISIS to seize control of entire regions.

In 2012, the situation became even more violent. For Fawaz, whose youngest children were at the time ages 9 and 10, this violence crept close to home. After three explosions went off next to his children’s school bus, Fawaz was compelled to move his immediate family out of the country. 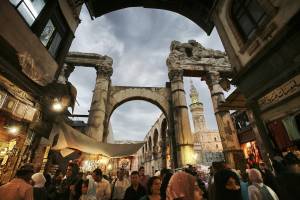 “I can’t put my kids’ lives in danger any more,” Fawaz says, recalling the turning point that prompted his family’s exodus.

Fawaz retired from his job working in customs for the government. He left the country with his wife and two younger children, and resettled in Jordan. A year and a half later, he attempted to return to Syria to visit his ailing father, but was denied re-entry. Instead, he traveled to Malaysia to stay with another of his older sons, Mazen’s brother, who was earning a master’s degree there. During this time, Fawaz’s wife and young children moved to Germany, where they still reside. Fawaz received approval for a short-term visa to stay with his son Mazen, his daughter-in-law Carolyn, and their baby here in Thornton.

Currently, Fawaz’s family remains separated across different countries, including Germany, Malaysia and Saudi Arabia. He hopes to reunite with his wife and young children in Colorado. Getting there, however, will require time, complex paperwork, meetings and significant amounts of money. Fawaz must wait to hear back to see if he can stay or if he must leave for another place. He knows that place will not be Syria. He says he has no home to go back to there.

“A lot of countries have hope, but my dad and my family – they know the reality of the situation, and they know it’s really, really difficult to fix,” says Mazen, pointing out the complexity of the conflict, as well as corruption and money in both the government and rebel factions. “We’re not trying to be negative, but that’s unfortunately the reality.”

For now, Fawaz will continue to wait and practice his English with his daughter-in-law. When asked what he wishes people understood about his situation – and the issues so many Syrians face – he shared his gratitude to the people of the United States, a place he feels has treated him so well. Fawaz recalls his first impression of America at the Los Angeles International Airport. The airport employees went out of their way to see if he needed anything – water or a place to pray.

“They were very respectful,” says Mazen. “He kept telling me this story for the first two weeks. He was very shocked. After a couple of years of disrespect and being kicked from one country to another, to see this, he was very moved.” ■

I, for one, and I believe, many, am thrilled that Fawaz Suleiman and his family are here. As the great majority of American citizens descended from other countries, America represents an opportunity for a better life, free from political oppression and physical dangers that the original colonists fled. I attend Rocky Mountain Inc., a Senior Day Care, owned and operated by a wonderfully warm, caring and diligent Irani family who, having been here, for many years, have made a successful, productive and civically responsible life. I believe people, from other countries enrich our nation and can teach us much. We, as native-born Americans cannot truly appreciate such conditions that would force the heart-wrenching decision others have been forced to make, so their children can enjoy a better life, and breathe new life into their existence. Thank you, Mr. Suleiman, for joining us. I pray you and your family enjoy a long, most pleasant life,here.
I wish to correct my previous comment. I pray for a successful reunion of all your family, here, so you may all live, in peace, together. My apologies - I had not read the entire article before commenting. I was too anxious to share my positive feelings for your intentions and decisions to give your family a safer and better life. I sincerely admire and respect the value in which education is placed, among individuals who come from the Middle East. You are truly driven to better your lives and those of your children, stressing the importance of a good education. The very best of luck to you, in your endeavors. I am, very slowly, learning Farsi, among the Irani friends I have at RMI, with their help, and support your work to learn English, which is a most difficult language, given the rules that are broken, odd things like synonyms, etc. That, in itself can be very daunting. I salute your efforts.