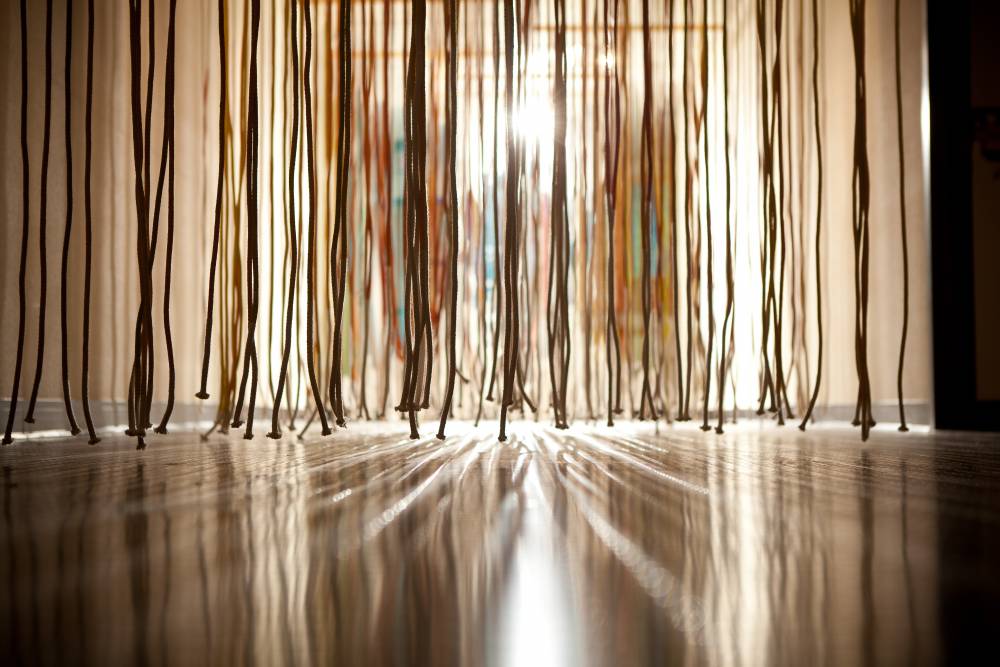 With a large-scale art project, The Bubbler serves as a model for connecting community to creativity

What happens when a library takes over a massive, empty city building and invites artists to reimagine its space? The Bubbler, a raw arts incubator run by the Madison Public Library in Wisconsin, recently found out when it hosted “Municipal,” a recent all-ages, hands-on exhibition hosted on one day – Dec. 10, 2016. 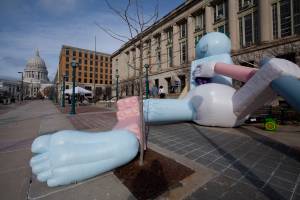 Allowing artists to reimagine spaces is nothing new to The Bubbler – it’s part of their own origin story. In January 2012, the Madison Public Library’s Central Library was about to receive a massive renovation. As the shelves were taken down and the space inside gutted, MPL employee Trent Miller had an idea: let 100 artists come into the space and take it over. Management got behind the concept and “Bookless” – a one-night interactive art experience – took root in the space. The event featured artists, bands and participatory activities like screen printing. More than 5,000 people attended “Bookless,” with lines wrapped around the building – something that caught the attention of MPL’s staff. When the library closed for renovation, staff set at work to create a permanent maker-focused program inspired in part by the event. When the library reopened in 2013, The Bubbler opened along with it.

“Our program, and the reason that The Bubbler is unique, is that it didn’t just come out of a bunch of people looking at trends,” says Trent Miller, now the Head Bubblerarian at the Madison Public Library. “It was really community- and people-based, versus equipment-based, and it just formed the kind of mindset we have.” 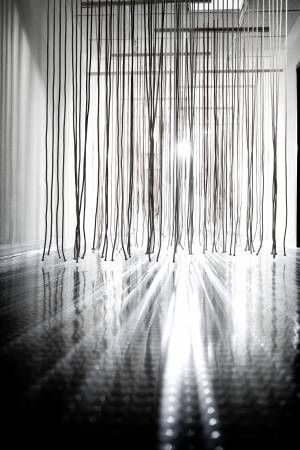 So when Miller got wind that the City of Madison was planning on closing its large, historic municipal building for renovations, he saw an opportunity. By collaborating with artists, city officials and other organizations, Miller and The Bubbler created an art exhibition that acted as a connector between the city, its residents, and the art scene.

“I think because we had this track record for doing things like this, [the city] let us take over the building and use the old materials,” says Miller. “Once the workers got out of the building, we got to really take over for about a week.”

That takeover included everything from working with 100 artists to organizing the space so that the various exhibitions would flow well to lots of cleaning. But all of it – including the hours of dismantling cubicles – was done through collaboration and team effort.

“The important part about this is forming community relationships, and also [relationships] with all of these artists,” Miller says. “We give them an opportunity to show in the space, and we give the general public a way to interact with contemporary art in an amazing old building.” 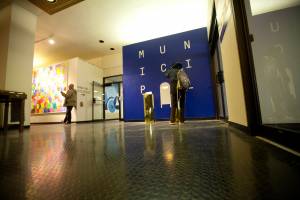 When “Municipal” opened its doors to the public for one day on Dec. 10, 2016, it included about 130 artists and musicians. More than 2,700 people, including Madison’s mayor, gathered for a full-day, family-friendly interactive art experience that included everything from dance to performance to video art. For Miller, this is just another way that the library can serve as a community hub for connection.

“[‘Municipal’] really speaks to what we already do with The Bubbler program – it connects artists,” notes Miller. “I’ve already seen ripples going out from people who met each other from these events. I really like the library doing this kind of stuff. It feels different than a place like an art museum. People come to the library with questions any way, and the library connects the community to resources. But now it’s not just connecting them to a book; it’s also connecting them to creative people in the community.” ■

All photos by Eric Baillies.